Whenever 65-year-old Rita Danwar hears the sound of a motor vehicle, she and her neighbours rush up the road hoping that aid has finally arrived in Banghar, a remote village in Nepal’s Kavre district.

Six days after the 7.8-magnitude earthquake struck, people here are growing increasingly desperate and wonder why they are being ignored.

“We’ve given up hope. Nobody cares about us,” Danwar, sitting on a heap of debris – all that is left of her home since Saturday’s earthquake shook it down – tells IRIN.

Santa Bahadur Rai, 66, like many poor people here who are already in debt, is forlorn. Built of wet mud, rocks and wood, his two-story house was no match for the power of the quake.

All his cattle and goats are dead, crushed under the rubble. His six-month supply of food, carefully stored away, is gone too.

“All that remains here are the broken bricks, sand and some wooden beams. We’ve lost everything,” Rai says. “There are other villages like ours where they are also suffering alone.”

Bir Bahadur Rai and his family in front of their two houses that were completely destroyed in Banghar village after a major earthquake struck Nepal on 25 April 2015. 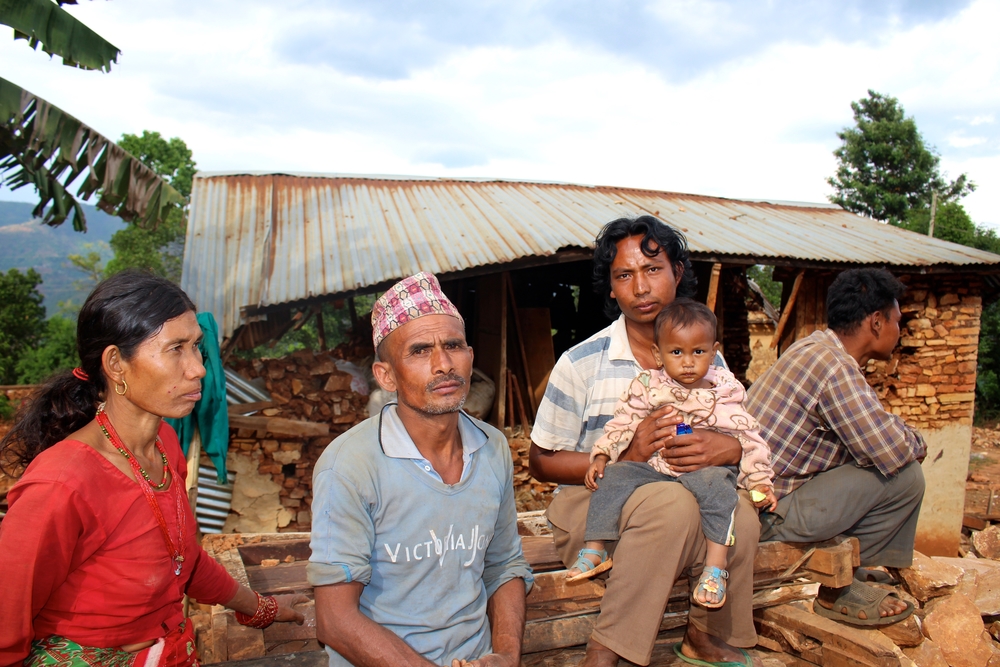 Banghar is only about 100 kilometres from the Nepalese capital Kathmandu. It doesn’t look like far on a map, but even in the best of times vehicles often struggle to reach this area.

The destructive effect of the massive earthquake combined with heavy rains has made the roads even worse and the Nepal Red Cross Society (NRCS) says bringing in large quantities of relief supplies to the area is extremely difficult.

Although the NRCS says 25,000 homes are estimated to have been damaged in Kavre district, Banghar has been neglected by aid teams because, residents say, the number of casualties and extent of the damage was not as severe as in other places.

Aid is starting to arrive in the district’s worst-affected villages such as Deupuri, a 40-minute drive up the hill from Banghar, but that is no good to people here.

The one fatality in the village was a five-year-old boy called Binay Rai.

His father Ramlal, 25, feels they have been abandoned by the rescue effort.

“One government official came and took some of our names, but he left so fast without even registering all our names and we never heard from his office,” he says.

The villagers are pleased to be able to finally get word of their plight out.

“We had no outsider to speak about our grief,” says 79-year-old Chandra Bahadur Rai.

The village of Banghar village,approximately 100km from Kathmandu, was badly damaged in the powerful earthquake that struck Nepal on 25 April . 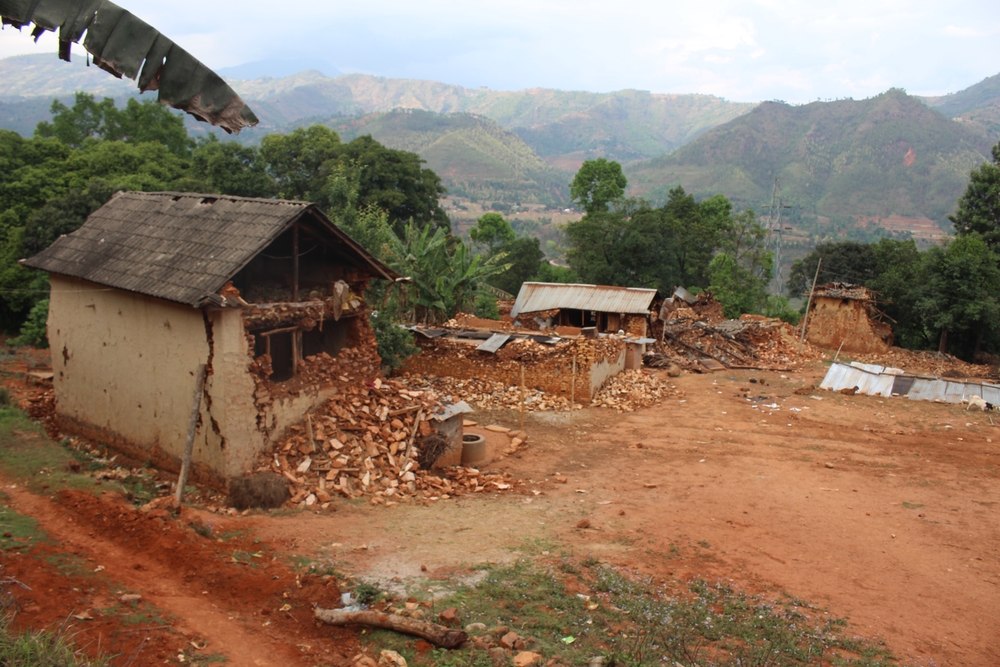 A local Nepalese social worker, Harka Bahadur Rai, has taken it upon himself to coordinate community efforts to build temporary shelters for those displaced by the disaster in Banghar.

The only help they have received so far is some tarpaulin sheets given to them by a road construction contractor, Rai says.

“Every family’s grief counts and they all deserve help,” he adds.