Militants from the group calling itself Islamic State (IS) are booby-trapping land and buildings with improvised explosive device (IEDs), creating new misery for displaced Iraqi families trying to return home and adding to dangers for government forces working on the front line.

Last week four mine clearance workers died and two were seriously injured when an IED detonated in a house in Zummar, close to Mosul Dam in Nineveh Governorate, in northern Iraq.

Witnesses said the opening of a bathroom door triggered an explosion causing the property to collapse, instantly killing the men. The group, employed by the Iraqi Kurdistan Mine Action Agency (IKMAA), run by the semi-autonomous Kurdistan Regional Government (KRG), were working alongside the Peshmerga, the Kurdish military, who had recently won back the territory from IS.

Aid agencies are warning displaced Iraqis not to rush home to territory reclaimed from IS because of the risk of mines and other explosive remnants of war (ERWs) and have expressed concerns about mined borders areas between different military front lines.

Omer Hassan, a commercial deminer who went to the scene of the 29 October explosion to help survivors of the accident, said: “There is an immediate need to mark villages like Zummar that are full of dangers,” referring to red posts and flags used by clearance teams.

Hassan, who lost his leg in a landmine accident some 20 years ago and who has dedicated his life to demining, said IS was using crude home-made devices that were easily mistaken for other things.

Omar Hassan lost his leg 20 years ago when he was de-mining with the Iraqi Kurdish force Peshmerga. For the past decade he has worked for a de-mining company 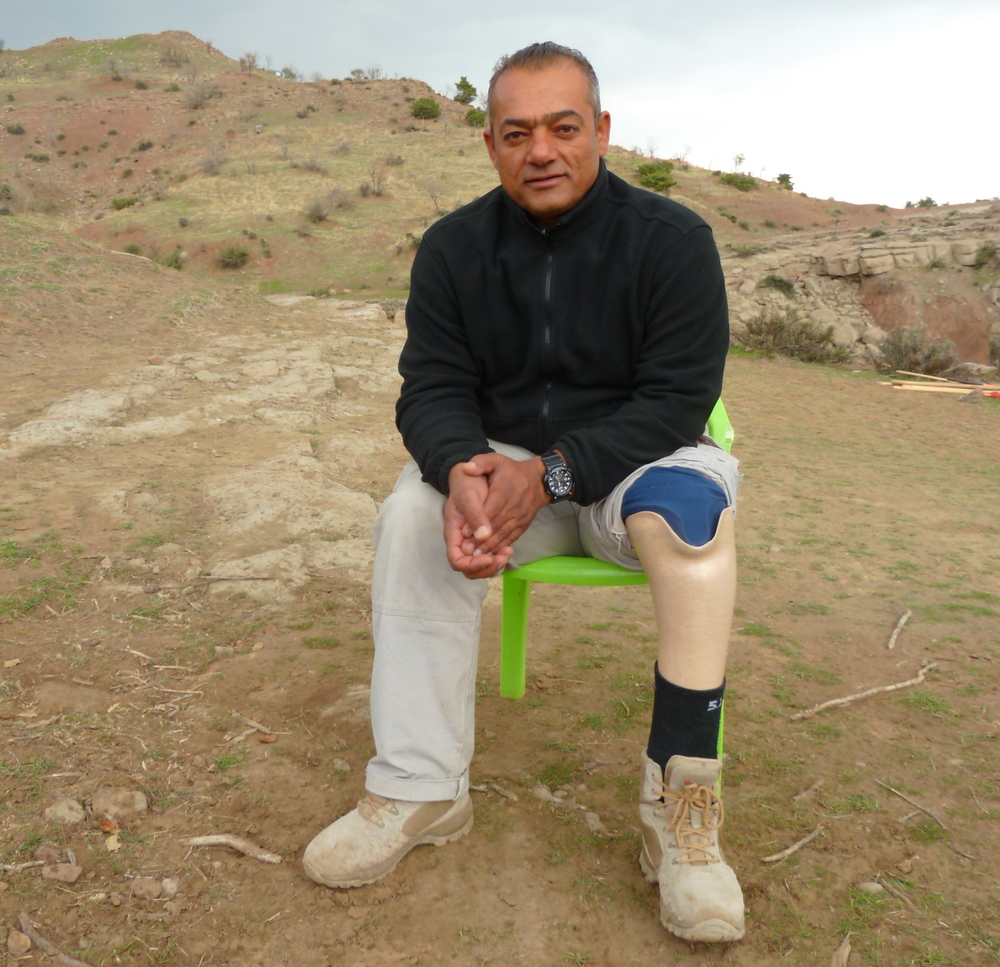 “They can make booby-traps with everything,” explained Hassan. “You can find a brand-new torch. [IS] knows the Peshmerga need it, so they leave them. The Peshmerga picks it up, turns it on…” The torches are packed with explosives. “You can lose a hand,” said Hassan.

Iraq is one of the most heavily mined countries in the world due to decades of conflict and territorial disputes.

According to the Landmine Monitor, an affiliate of the International Campaign to Ban Landmines (ICBL), the most-recently available statistics show up to 1,838sqkm of Iraqi territory is contaminated.

In recent years intensive efforts to clear up ERWs mean most residential areas are now mine-free, and the bulk of remaining clearance operations are along mountainous border regions between Iran and Turkey where various armed groups had military posts.

However, thanks to IS, landmines are once again a very real danger for Iraqis, and not just in Kurdistan.

According to a 31 October report by the UN Office for the Coordination of Humanitarian Affairs (OCHA), as many as 3,000 ERWs and landmines were scattered across the town of Jurf al-Sakhr in Babil Governorate by a retreating IS.

“The issue of landmines is a major concern for us and one we urgently need to address,” said OCHA spokesman David Swanson.

“You can find a brand-new torch. [IS] knows the Peshmerga need it, so they leave them. The Peshmerga picks it up, turns it on… You can lose a hand”

Ako Aziz, the director of Mine Risk Education at IKMAA, said full details of what happened at the property in Zummar were still to be determined and an investigation had been launched.

He told IRIN that while the team was highly experienced, with some members having up to 15 years in the sector working on marked minefields and clearing ERWs from Iraq’s previous conflicts, they were not used to clearing houses of booby-traps.

“Our deminers are not specialized in IEDs, and need more training and experience,” he said.

“[IS] are very technical in laying out IEDs. They use many different ways and types of IEDs and a very high quality of explosives,” Aziz said. “This is the biggest challenge to the Peshmerga, as [IS] are booby-trapping all areas under their control.”

Raising awareness among the displaced

MAG, the only international humanitarian demining NGO left doing clearance work in Kurdistan, has been running awareness-raising sessions with displaced Iraqi families since June, when IS seized control of Mosul - forcing 600,000 people to flee in a matter of days.

“We’ve been working with displaced families to make them aware of the potential dangers, now and for when they return home,” MAG’s Seecharan explained. “Children who are naturally inquisitive and unable to read danger signs are particularly at risk.”

She said, however, that as a humanitarian mine clearance operator in a conflict situation, MAG's approach must be sensitive to the context.

“While MAG’s imperative is to take action to prevent harm to civilians and civilian demining personnel, there has to be a clear line between humanitarian clearance in areas where active hostilities have ceased, and clearance activities in support of ongoing military operations,” she said.

Arbat refugee camp has space for almost 7000 residents, the majority of whom are Syrian Kurds. The most recent arrivals are from Kobani, the Syrian city on the Turkish border currently under siege from ISIS. They had to cross land heavily contaminated wit 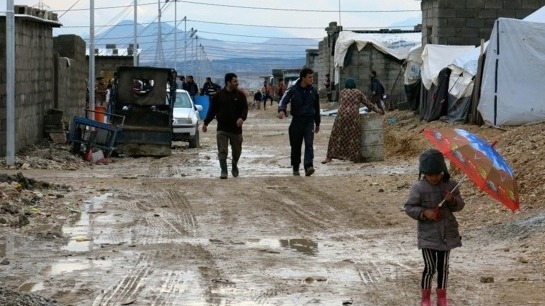 There are around a dozen commercial demining operators working in Iraq, including some international firms. Many are contracted by oil and gas companies clearing land for exploration, though some are also working for the government preparing for infrastructure projects and national parks.

Although the expertise is available in country to help the Iraqi authorities clear up the ERWs, the long-running budget dispute between Baghdad and Erbil means Kurdistan does not have sufficient money to take on new contractors.

Iraq also has an obligation to clear all of its landmines by 2018, having signed the Ottawa Anti-Personnel Mine Ban Treat in 2007. For some time this target has seemed ambitious, even more so now with so many new devices being laid by IS.

A report by the Landmine Monitor in August 2013, citing the most-recent statistics from Iraqi government agencies, said that since the late 1980s more than 29,000 people have been victims of landmine accidents in the country.

In 2012, the latest year for which data is available, there were 84 mine accidents across Iraq with 42 deaths, though many more incidents are likely to have gone unreported. Since 2012, 11 deminers have lost their lives in clearance accidents across Kurdistan, IKMAA said.