More than US$300 million is needed for the construction of over 60,000 new homes in Sri Lanka’s conflict-affected north, say aid officials.

“There is very little, almost nothing that is coming by way of new funding for housing construction,” Jagath Abeysinghe, president of the Sri Lanka Red Cross Society (SLRC) which is overseeing the construction of 20,000 new homes in Sri Lanka’s Northern Province, told IRIN, attributing the shortfall to donor fatigue.

“We should have sought funding for housing more aggressively almost immediately after the war ended. Since then other emergencies have dominated the limited global funding pool,” Abeysinghe said, calling for a government-led public appeal with the participation of the non-governmental and private sectors.

The authorities are looking for funding for 63,000 new houses in the five northern districts of Jaffna, Mannar, Mullaittivu, Kilinochchi, and Vavuniya to replace those destroyed during the country’s decades-long civil war that ended on 18 May 2009, when government forces declared victory over the Liberation Tigers of Tamil Eelam (LTTE) who had been fighting for an independent Tamil homeland.

According to a 2013 sample survey of 138,651 households in the north by the UN Refugee Agency (UNHCR), only 32 percent of respondents had a permanent house; most (57 percent) lived in transitional or emergency shelters, and 6 percent lived with family and friends.

Of the 146,000 new houses that needed to be rebuilt after the war, just 41,000 have been delivered to returnees; 10,500 are under construction, according to UN-Habitat.

Funding by donors and the government for the construction of 83,000 houses has been secured, but further funding is required for another 63,000 houses, say the authorities.

“It is very difficult to raise the money needed for the remainder of the housing needs, because it is a big amount. There is a lot of donor weariness as well. It would need a sustained effort," said UN Habitat project manager Abdul Hameed.

According to public officials in the north, the bulk of the housing work is reliant on a single programme funded by the Indian government.

“There is hardly any big programme concentrating on housing construction other than the Indian housing project. We have not heard anything about new funding,” said Saravanabavan Mohanabavan, director of planning at the district secretariat in Kilinochchi, the former de-facto LTTE capital.

The $270 million Indian Housing Project is the largest programme in the former conflict zone. 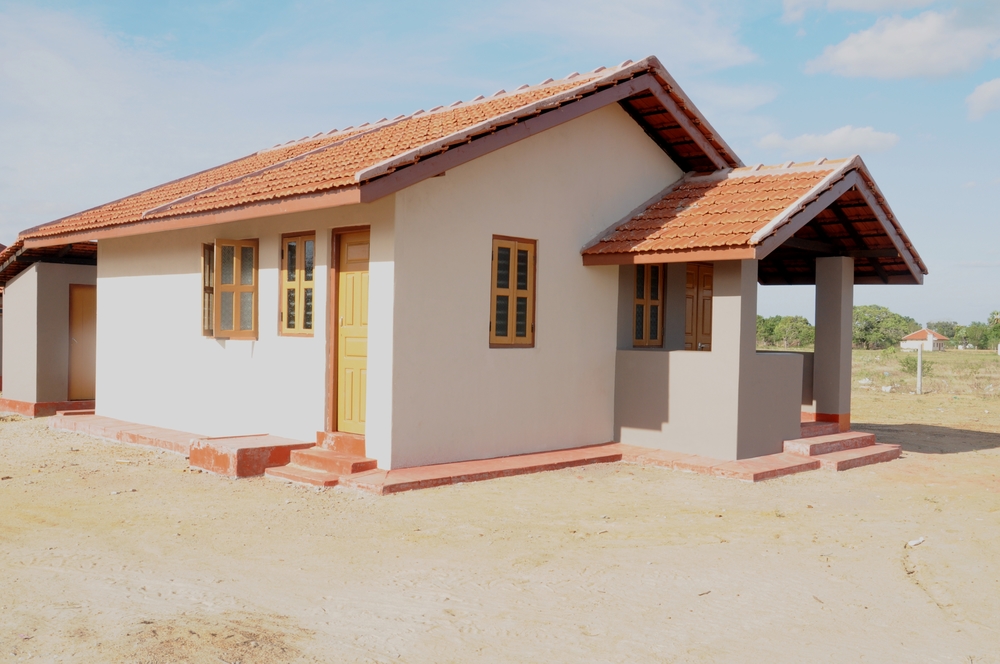 Launched in June 2010 to build 50,000 new houses, the project has completed 11,560 units. “The entire project is expected to be completed by December 2015,” said Esha Srivastava, spokesperson for the Indian High Commission in Colombo.

Meanwhile, some of those without decent housing are losing hope. Ramalingam Selvarsa, a father-of-three from Kilinochchi, returned to his home village in mid-2010 to find his house a mound of rubble. It has yet to be rebuilt. For the past three years, his family has lived in a small corrugated iron shack.

“I lost all my savings in the war. I can’t even think of building a toilet,” the 45-year-old carpenter said. “I applied for a new house about a year and half back. So far I haven’t heard anything from the government agent’s office,” Selvarasa said. “I don’t know when I will get an answer. I honestly don’t have any hope.”

Such stories were common across the north with donor funding waning, Mohanabavan from the district secretariat said. The SLRC’s Abeysinghe called for further funds for housing to accommodate the next potential influx of returnees to the country from India.

According to Indian government, there are more than 100,000 ethnic Tamil Sri Lankans in the southern Indian state of Tamil Nadu - 68,000 in 112 government-run camps and 32,000 outside the camps. Over the last three years, more than 5,000 have returned to Sri Lanka, UNHCR reported.

“At least we should make plans to meet their needs and learn from our past fundraising errors,” Abeysinghe added.