Read about what we achieved.
MASVINGO

Several thousand people in southeastern Zimbabwe's drought-prone Masvingo Province have had to leave their ancestral homes and villages in exchange for plots of undeveloped land lacking any infrastructure, in order to make way for the construction of a dam.

The Tokwe-Mukosi dam is being built by an Italian company, Salini, with funding from the Zimbabwean government, to provide irrigation to the local communal area of Chibi, which is vulnerable to recurrent food insecurity due to the area’s low rainfall. The dam will also supply water to the city of Masvingo, where severe water shortages have been experienced in recent years.

Construction began in the 1990s but stopped a decade later when Zimbabwe's economy experienced hyperinflation, and only resumed after the formation of the Government of National Unity in 2009. If successfully completed, Tokwe-Mukosi is set to become the largest inland dam in the country, with a capacity of 1.8 billion cubic meters and a flood area covering more than 9,600 hectares.

“No choice but to vacate”

In October 2013, about 400 families (equivalent to about 2,500 individuals) were moved from their village in Chibi district to Nuanetsi Ranch in Mwenezi district, some 100km away, where each household was given a four-hectare plot of uncultivated land and between US$3,000 and $8,000 as compensation for their previous property. Many are complaining that the money is not enough to compensate for the loss of their homes and livelihoods, and that the area lacks schools, shops, and even toilets.

They also told IRIN that their relocation was not voluntary. "I had no choice but to vacate because the government wanted us out of the dam site," said village head Richard Taruvinga, 66. "[That was] my ancestral home and not even any amount of compensation will make me happy."

Poorly built pole and dagga (mud) huts are currently the only form of shelter, and there are not enough boreholes to provide all the new residents with sufficient water. With the onset of the rainy season, it is time to plant the staple maize crop, but the villagers are still busy clearing the land of trees and bushes with axes and hoes.

"It is really painful that the government had to dump us to such a place before they even set up any housing structures for us,” said Marlyn Mathambo, 44, a widow who takes care of her four children as well as three grandsons.

“The money that they awarded us is not adequate to construct good houses as what my family had built in Chibi. This relocation exercise was poorly planned and I can see hunger looming in the coming year."

Scores of families told IRIN that their children had had to drop out of school as a result of the relocation, and they had left behind employment and were unsure how they would survive. Others lamented the government's failure to provide them with transport for their livestock.  "I was earning a living by guarding cars at a nearby shopping centre and don't know how I will survive here," said Takura Moyo, 48, a father of six.

"I had to leave behind my cattle with my relatives in another village since I couldn't get transport to ferry them here. I don't know how I will bring them here," he added.

Like Chibi, Nuanetsi Ranch is located in a region that receives low and erratic rainfall and is considered unsuitable for anything but livestock farming. Unlike Chibi, the area's remoteness offers few alternatives to earn a living other than by farming.

Tasara Wamambo, director and founder of Tokwe-Mukosi Rehabilitation and Resettlement Trust (TMRRT), which represents families affected by the dam and advocates their rights, said the relocation exercise had been poorly implemented, with the government failing to construct promised infrastructure such as schools, clinics, cattle dip-tanks and shops, before resettling families. 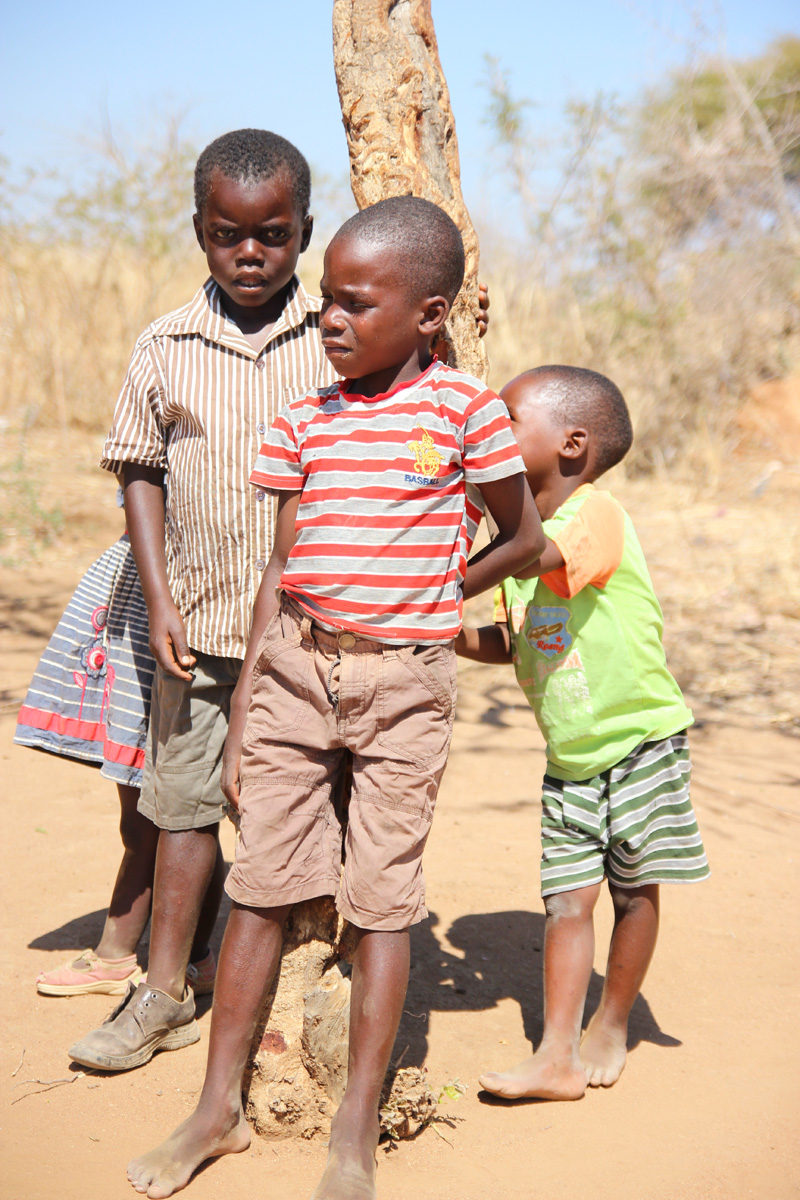 He told IRIN that about 150 children were missing out on schooling as a result of the relocations and a number of them were unable to write their final examinations in November.

"What the government did to the people is just unfair and inhumane because we poor villagers were just dumped at a farm that has no basic facilities," said Wamambo, who was also resettled. "Life will never be the same again for the villagers, and they will not benefit from the dam since they are some 100km away from the project." He added that TMRRT was mobilizing resources such as tents and medicine to assist the villagers.

Masvingo Provincial Administrator Felix Chikovo pointed out that “the successful completion of the dam will result in the province having adequate food security and water supplies.”

“This project will go a long way in alleviating the food crisis that has bedevilled the whole province," he told IRIN.

In an October 2013 report focusing on Zimbabwe, the World Food Programme (WFP) notes that Masvingo is one of three provinces where food insecurity is at crisis level. It also notes that Zimbabwe “has limited fiscal and economic capacity to buffer against the underperforming agricultural production and weather-related shocks” and predicts that the  recent economic slowdown will further reduce government capacity.

The government is trying to meet a November deadline to complete the dam project, but a senior official was recently quoted in a local provincial weekly paper as saying that the government was battling to raise enough money to complete its resettlement programme. According to TMRRT, a further 1,200 people are expected to be moved to Nuanetsi Ranch by the end of the year.