Eleven months after French forces dislodged Islamist militants from northern Mali, the region’s humanitarian crisis is far from over. Hunger levels are higher this year than last, with malnutrition reaching emergency levels in Gao town, Bourem and Ansongo. Banditry is preventing herders throughout the north from accessing grazing land, and insecurity is barring some aid agencies from accessing remote populations in need.

“This is the most challenging situation Mali has ever experienced. In the previously rebel-controlled areas [of Kidal] the situation is extremely volatile. Half a million people were displaced during the conflict; 200,000 children suffer from acute malnutrition; and 1.3 million people are food insecure and depend on food distributions,” UN Stabilization Mission in Mali (MINUSMA) Deputy Special Representative David Gressly told IRIN in the capital, Bamako.

Fernando Arroyo, head of OCHA in Mali, told IRIN: “It’s difficult to move outside urban areas, not only in Kidal, but also in Timbuktu, Gao and former occupied areas around Mopti. In towns like Tessalit, we have no or very little access.”

A July 2013 food security assessment by the government, the World Food Programme (WFP) and Food and Agriculture Organization (FAO) estimates three out of four households in Gao, Timbuktu, Kidal and the previously occupied parts of Mopti Region are dependent on food assistance to survive. Half of the population in these areas has already sold off or mortgaged critical assets, further threatening food security. Some families are spending up to 90 percent of their incomes on food, said WFP’s Mali spokesperson Alexandre Brecher.

Next year, as internally displaced people continue to return to the north, the number facing hunger in that region could reach 1.5 million, estimates the assessment.

According to the Standardized Monitoring and Assessment of Relief and Transition (SMART) survey, conducted in May by the UN Children’s Fund (UNICEF) and its partners, global acute malnutrition rates in Gao hit 13.5 percent, rising to 17 percent in Bourem district.

Action Against Hunger, the government, the European Commission’s humanitarian aid arm (ECHO), and UNICEF are responding to malnourished children’s needs in the regional hospital in Gao and local clinics in Gao and Bourem. SMART surveys have not yet been done in Timbuktu or Kidal because of security issues, said UNICEF.

Mali is just emerging from its annual lean season, but food access in the north has also been hampered both by the fallout of the 2011-2012 drought and conflict-related disruptions. These include mass displacement. While some returned to harvest their crops during the rainy season, many did not, said Wanalher Ag Alwaly, of the NGO Tassaght in Gao.

An exodus of Gao’s and Timbuktu’s Arab traders into neighbouring countries has disrupted trade, as has the closure of the Algeria border, a key trade hub. The Algerian government has said last week it will open up the border for limited periods of time.

The road between Gao and Kidal “is still not safe”, said Soumeila Cissé, a truck driver in Gao. “Bandits frequently stop private cars and rob trucks of their cargo. That is why we haven’t been able to deliver goods to the villages north of Gao,” he told IRIN. Some Gao-based transport companies have stopped delivering goods to the north altogether, he said.

However, the road south of Gao to Niamey, in Niger, has improved almost to pre-conflict levels.

In the regions of Bourem and Gao, where the main crop is rice, sowing was delayed because of the late rains and flooding of the Niger River, which prevented farmers from accessing the fields. This year’s rice harvest in Gao and Bourem is not expected to be promising, said Christian Munezero, humanitarian programme manager for Oxfam in Gao.

“By this time last year, the barn was almost full with millet,” said Aishatoun Touré, a farmer in Gao Region. “This year, we have already used up all of our reserves and won't have any millet until the next harvest. The months ahead will be very hard.”

Authorities in some communities are coming to Oxfam in desperate need of help.

“If the current volume of assistance is not amplified, we are probably moving towards a much more significant situation than the 2012 food crisis,” said Oxfam country director Mohamed Coulibaly.

Oxfam is currently assessing the emergency needs in parts of Gao where it works.

Moussa Ag Bilal, a pastoralist from Forgho, a small village 25km from Gao, told IRIN many herders are too afraid of bandit attacks to venture more than 10km from their village. As a result, herders are concentrated in a small area, where pasture is fast running out. 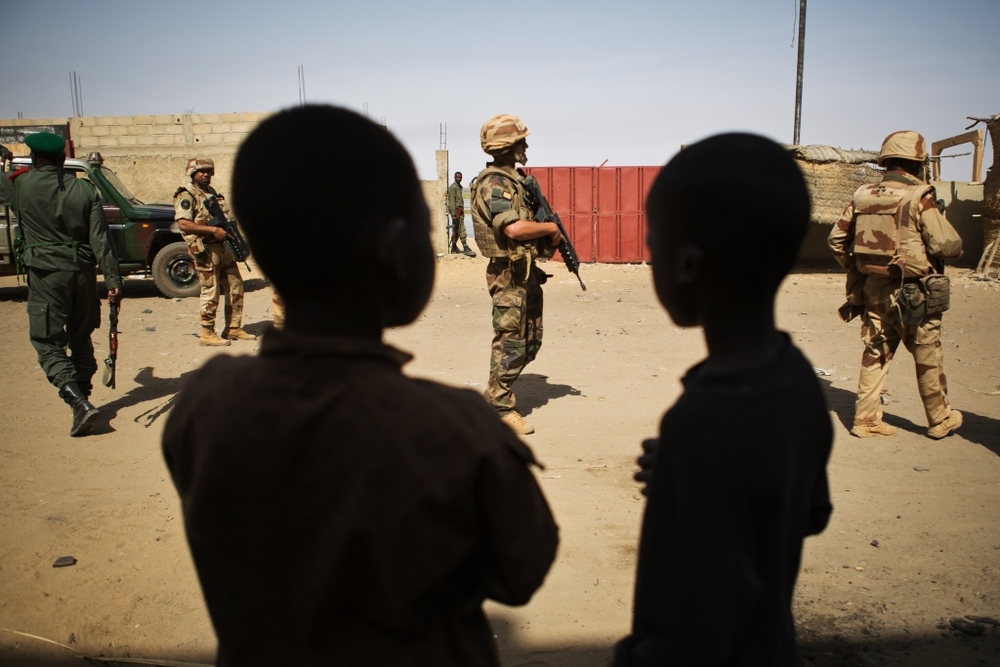 “Pasture is already becoming scarce, and sometimes herders are forced to cross into grazing land that belongs to other pastoralist groups. Since rains were scarce, wells and rivers didn’t fill up properly. In some areas, access to water is becoming a huge problem,” he told IRIN.

While agencies have worked to rehabilitate 70 percent of the water points for animals along traditional grazing routes in Gao Region, and 50 percent of those water points in Bourem, according to Oxfam, the lack of human resources and spare parts makes maintaining them difficult.

Tassaght’s Ag Awaly told IRIN: “I fear the situation will be very critical, with pasture and water becoming more and more scarce and possibly running out in coming weeks.”

Government capacity to address these problems remains very limited, said aid officials, although many improvements to state services have been made. Much of the electricity and water systems have been restored in Gao and Timbuktu, for example.

Civil servants were given incentives of up to US$400 to return to the north, but many did not return, leaving regional government offices in Gao and Timbuktu only partly operational. Many hospitals, schools and basic social services are still not fully functioning, leaving the population to rely on the assistance of humanitarians on the ground.

While 480 schools are officially open in Gao and Timbuktu, they lack material, books and desks, and many of them lack teachers. No schools have yet re-opened in Kidal.

The main hospitals are functioning with the help of partners, while many health clinics are now open - 80 percent of Timbuktu's, 94 percent of Gao's and 66 percent of Kidal's, though many lack staff and equipment, according to Claude Dunn, emergency coordinator for UNICEF Mali.

Healthcare is a problem in Kidal, said its mayor, Arabcane Ag Abzayack. “In Kidal town, ICRC [the International Committee for the Red Cross] and local NGOs provide healthcare. People in the desert and villages far from Kidal still have to go to Tamanarasset and Tin Zaouatine, in southern Algeria, for medical treatment."

While some agencies, such as ICRC, have been able to negotiate humanitarian access in all three northern regions, others say their access has been limited.

ICRC staff member Attaher Maiga said the organization is the only humanitarian group present in the eleven regions of Kidal.

“There are no areas where we can’t work. We have been present in all the regions since the north was liberated [in January]. During the occupation we worked with local leaders to gain access both in Gao and Kidal. We are working closely with the Malian forces and MINUSMA, notifying them when we go into sensitive areas around Ansongo and Menaka and [west] of Timbuktu towards the border with Mauritania,” he said.

Oxfam said it could access Gao Region, but they are constantly monitoring the evolving security risks. MSF has operations and staff in Timbuktu and Gao, but not in the Kidal Region. UNICEF is working in Gao and Timbuktu but not Kidal, while WFP is delivering food in Kidal through ICRC and local partners.

UN agencies will revert to military escorts only as a “last resort” said Gressly. “It’s a volatile environment. We are working on increasing humanitarian access in remote areas without depending on troops,” he told IRIN.