As distraught families in central and eastern Philippines struggle to access supplies in the aftermath of Typhoon Haiyan, an emergency radio station broadcasting critical life-saving information has gone live in badly-affected Tacloban city.

"[The station] aims to be the voice from the government and the relief community to the affected [people] and also to provide two-way communication [with] the community," Mike Adams, the international coordinator for First Response Radio (FRR), an international non-profit network of radio technicians who have had a team on standby in the Philippines since 2007 and are a partner of the Communicating with Disaster Affected Communities (CDAC) network, told IRIN.

Launched at 9am on 14 November, FRR broadcasts on 98.7 MHz FM. The eight-hour daily programmes can be heard up to 10km from Tacloban, according to the Office for the Coordination of Humanitarian Affairs (OCHA).

The first day's programming focused on updating listeners on where to get aid, where evacuation centres and water points are, and which authorities were organizing aid. A representative of the mayor's office was among those interviewed by the station.

Before the crisis, the city had nine FM and six AM stations, none of which are currently operating, according to OCHA.

"The power is still down and people have very little access to information," Patrick Fuller, a spokesperson for the International Federation of the Red Cross (IFRC), told IRIN from Tacloban. "What information is available [from traditional news outlets] is not directly targeted at the affected populations," he added.

While some efforts have been made by three private mobile phone companies to restore networks, survivors' urgent need for food, medicine, drinking water, and shelter relegate restoring telecommunications to the back burner.

FRR says it will distribute 1,000 radios to affected `barangays' (neighbourhoods), and evacuation centres in the next week.

With reliable mains electricity not expected to be in place for five months, according to FRR, the station believes it is crucial for public updates about where to go for aid and services, evacuation plans, and missing persons information.

"All communication lines are still down, so Internet is a big problem even for government agencies and humanitarian actors," said Gil Arevalo, a communications officer with OCHA.

FRR, licensed by the Philippines government's Nation Telecommunications Commission (NTC), was set up by a five-man team deployed to Tacloban on 13 November within 72 hours of the storm striking.

FRR will distribute in the next few days the first 200 solar and wind-up radios to evacuation centres and local government offices, where broadcasts will be amplified by loudspeaker to reach a larger audience. 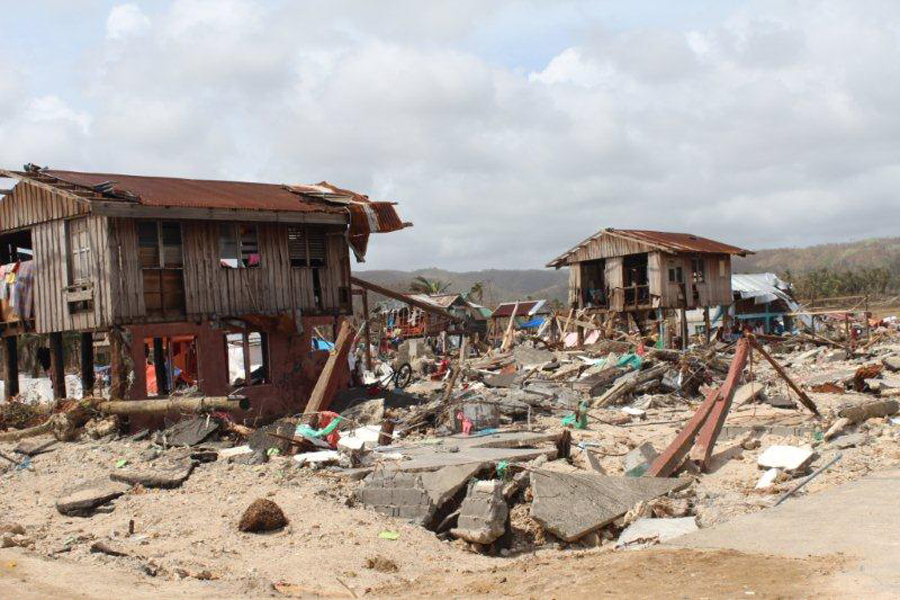 "We have to be very strategic with the first radio distribution to make sure we maximize the capacity to reach the public," said FRR's Adams.

Meanwhile, the International Organization for Migration (IOM) will distribute an additional 12,000 radios within the next three weeks.

FRR's launch comes at a critical time when insecurity and looting indicate that "people are taking matters into their own hands", according to IFRC's Fuller.

A dearth of information in emergencies contributes to "[creating] confusion and insecurity", notes the Inter-Agency Standing Committee's (IASC) Guidelines on Mental Health and Psychosocial Support in Emergency Settings.

"People's levels of anxiety and stress can be significantly affected by not having information or by having misinformation," said Krista Senden, a psychosocial counsellor who provides therapy for displaced persons in emergency situations and has worked in both East Africa and Asia-Pacific.

Establishing effective communication channels with communities is also necessary for the psychological healing process after trauma, according to Senden.

"Information is central for coping with a disaster and allowing people [to] regain a sense of control over their lives," she added, explaining that understanding chaotic situations and the events leading up to them is key for emotional processing and being able to cope with displacement and loss.

The right to information is outlined in the UN's 1948 Universal Declaration of Human Rights and the 1966 International Convenant on Civil and Political Rights.

"Once the most urgent emergency attention has been paid to the issues of physical survival, it is time to consider the psychological and emotional survival," Birgitte Jallov, founder of Empowerhouse, a Danish NGO promoting the use of community radio to empower vulnerable populations since the 1980s, told IRIN from Harare.

"These small platforms for communication and dialogue can generate community coherence, using the joint production of community radio programmes as a way to, together, chart the future," she explained.