After months of fitful negotiations, the governments of Kenya and Somalia, and the UN Refugee Agency (UNHCR) on 10 November signed a Tripartite Agreement outlining procedures and legalities for the voluntary repatriation of hundreds of thousands of Somali refugees who have been living in Kenya for up to 22 years.

According to UNHCR, there are currently 474,483 registered Somali refugees in Kenya, with the vast majority living in the sprawling Dadaab complex of camps in the east of the country.

Their presence has been a political hot potato for years and became especially emotive during campaigns in the months ahead of Kenya’s presidential election in March 2013, and again in the wake of the attack on Nairobi’s Westgate shopping mall in September, an atrocity which claimed 67 lives and which Kenyan authorities claim was hatched in Dadaab.

This briefing unpicks some of the key issues surrounding the agreement.

Is Kenya planning to force refugees to return to Somalia?

Despite the heady pronouncements of some Kenyan politicians over recent months, the agreement stresses that all returns will be “voluntary”. The UNCHR press release on the agreement underlines that word in its headline and reiterated the point half a dozen times in the text.

Non-voluntary returns of refugees to Somalia would likely constitute 'refoulement', a violation of the 1951 refugee convention. At a time when Kenya is keen to garner global support for a deferral of the International Criminal Court prosecutions of President Uhuru Kenyatta and his deputy, William Ruto, it can ill-afford to antagonize potential supporters of such a postponement.

But the concept of “voluntary repatriation” is more problematic than it sounds, according to Katy Long, author of “Back to where you once belonged - A historical review of UNHCR policy and practice on refugee repatriation,” published in September 2013 by the agency’s own Policy Development and Evaluation Service.

“A number of studies and evaluations … question the extent to which the voluntariness of repatriation is really ensured in practice, particularly in cases where the international community has a strong interest in large-scale returns,” she wrote.

"The push has started. This is a clear signal of intent."

“In practice, repatriation operations are a compromise between the interests of different actors, some of whom may be prepared to compromise the notion of voluntariness in order to ensure that refugee returns take place. In the worst cases, employing the notion of ‘voluntary’ repatriation is arguably a manipulation of language that is used to legitimize politically expedient returns that do not meet basic protection criteria.”

Right now in Kenya, according to one diplomat close to the repatriation issue, “the push has started. This (agreement) is a clear signal of intent.”

What’s in the agreement?

An outline of the responsibilities of the three parties with regard to the return of Somali refugees living in Kenya and the support they would receive if they returned.

As well as being “voluntary” the agreement stresses that these returns are to be safe, carried out in dignity, and sustainable, meaning that those who return should be able to maintain livelihoods, enjoy access to basic services and integrate into communities which many people left two decades ago - in short, the prospect of a normal life, in a destination of the returnees’ own choosing.

The agreement also provides for the immediate establishment of a tripartite commission, whose main role will be to “advance the voluntary and organized repatriation of refugees to, and the reintegration of, refugees in Somalia".

Is there now a timetable for returns?

Not explicitly. The only time reference in the text concerns the agreement itself, which is to remain in force for three years, renewable for an unspecified duration upon agreement by the parties.

However, Kenya’s Commissioner for Refugee Affairs Badu Katelo told IRIN this meant there is “a timeframe of three years within which these voluntary repatriations will occur... We are looking at returning some 600,000 refugees to Somalia within that time.”

UNHCR Kenya representative Raouf Mazou described the agreement as “a first step towards finding durable solutions for all Somali refugees in Kenya”. (“Durable solutions” is a term of art in refugee affairs encompassing voluntary repatriation, resettlement in a third country and integration into the country of asylum.)

The subsequent steps - mapping out the finer details of repatriation - will be taken by the commission.

What does the agreement oblige each party to do?

All three signatories have assumed numerous responsibilities. These include, for Kenya: simplifying bureaucratic procedures of return, providing security escorts for convoys to the Somali border, and continuing to provide protection and assistance for refugees until they leave.

For its part, UNCHR is the guarantor of the voluntary, safe and dignified nature of the process; it will educate refugees in Kenya about conditions in Somalia and help mobilize resources.

Is Somalia ready for a massive influx of refugees?

UNHCR’s Mazou said at the signing ceremony that “parts of the country are becoming safer which allows some refugees to go back home by themselves.” 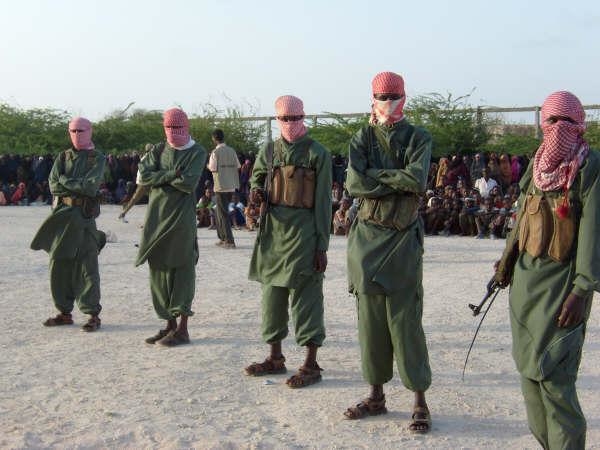 Asked why Kenya had decided to move ahead with repatriation, Katelo told IRIN: “For the last 23 years or so, Kenya has played host to Somalia refugees as a result of the insecure environment there brought about by conflict. But now Somalia is relatively stable, both as a result of a functioning government and intervention of international efforts such as AMISOM [the African Union’s military mission in Somalia, to which Kenya contributes 4,600 troops]”.

But it is UNCHR’s position, and that of most NGOs, that the requisite security and living conditions are not yet in place to allow for large-scale returns.

“Today, only few pockets of Somalia are safe for return,” according to a statement issued 13 November by 10 such agencies.

The Al-Shabab insurgency is still a force to be reckoned with across much of the country, including many of the areas from where refugees originate.

If refugees return in the absence of social services or security it is likely that many, especially the young, would join the ranks of the insurgency. This would run directly counter to Kenya’s stated national-security rationale for large-scale repatriation.

The arrival of tens or even hundreds of thousands of people could further destabilize the situation and potentially undermine the authority of the government in Mogadishu.

The state of health care, education, water and sanitation in many areas is too poor to ensure that if people do come back, they will stay.

Access to much of southern Somalia by UN humanitarian agencies and NGOs remains very limited because of poor security.

Returning refugees would likely add to the number of internally displaced people in Somalia, which now stands at 1.1 million - with at least 200,000 of them living on the streets of Mogadishu.

“The Somali government lacks both the capacity and resources to re-settle such a large number of people,” Anab Nur, an analyst with the Mogadishu-based Heritage Institute, told IRIN.

It is “unable to guarantee security, rule of law and fully functioning institutions that can facilitate resettlement of such a population.”

“This is illustrated by the way that the IDPs in Mogadishu alone are treated. The government has been ineffective in executing their plan to relocate them to safer areas where they would be better supported and protected. Instead, the government (along with private landlords) have been forcefully evicting them and leaving them more vulnerable. It is my view that many of the refugees who return to Somalia will face similar fate to the current IDPs,” Nur added.

Still, several thousand refugees have returned to Somalia from Kenya this year. But it is not clear how many stayed, nor how many were “pulled” by improved conditions back home, rather than being “pushed” by, among other factors: the awful living and worsening security conditions in Dadaab, police harassment in urban areas such as Nairobi, the inability to obtain work permits, and the suspension of refugee registration in late 2011 (when Kenyan troops deployed in Somalia to fight Al-Shabab.)

Pretty much all parties concerned. Despite the sometimes rabid “send `em-back” rhetoric of some senior Kenyan politicians in recent months, the agreement is explicit (Article 24, paragraph x) in guaranteeing the rights under international law of those Somali refugees who wish to remain in Kenya. 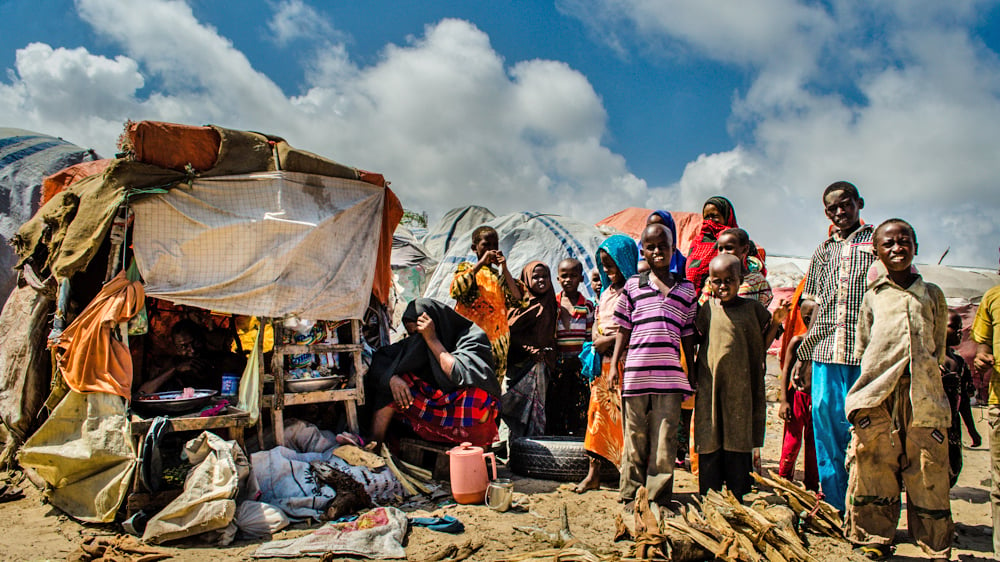 It also guarantees that the decision to return or stay rests with the refugees themselves, and that that decision will be an informed one. To this end, parties to the agreement have undertaken to facilitate “go and see” visits by refugees and “come and tell” visits by returnees and Somali authorities.

Those who do choose to return to Somalia now have promises of support from the three parties.

Both the Kenyan and Somalia governments accrue some political capital from the deal, since both have made pledges about repatriation, the former as part of law-and-order and cost-burden rhetoric, the latter as an effort to demonstrate the restoration of a semblance of stability after two decades of conflict.

Such a formal agreement, with its UN buy-in, is also likely to unlock significant donor funding for the process. The increasingly restrictive immigration/asylum policies of some Western nations serve as an added incentive to come up with some cash.

What does the deal omit?

Some key details, most of which will supposedly be drawn up once the Tripartite Commission is up and running. Notably lacking are the specifics of what returning refugees can expect to receive. The UNHCR says it might build on a programme of assistance it already provides to IDPs, which includes transport, livelihood support and cash grants.

The agreement repeatedly states that refugees must be allowed to return in “safety” but it gives no indication as to which party will determine the safety of potential areas of return. Katelo said the Commission would be responsible for mapping such areas.

The agreement is silent on what will happen to unregistered refugees - numbered at half a million by Kenyan Deputy President William Ruto - who might not enjoy the protections, including against forced return, so carefully spelled out in the text.

Nor does it make any reference to the two other “durable solutions”, namely local integration (“our mandate does not include naturalizing them,” Kenya’s Katelo told IRIN) or resettlement in third countries.

Some refugee advocates would also like to have seen a clear statement dissociating the refugee population from issues they have been repeatedly and publicly linked to by Kenyan authorities, such as terrorism and immigration or identity fraud.