Read about what we achieved.
MUKONO

“There’s a small caterpillar which is eating the cabbage and according to me it’s a diamond-back moth,” he tells the group of farmers who crowd around his table.

He advises the cabbage grower to switch to a different pesticide and in the next season inter-plant with onions (as an additional repellent to moths), and fills out a form with this prescription before turning to the next “patient”, an under-sized cassava tuber.

“Plant clinics” like this one, free of charge and open to all, were piloted in Mukono from 2006 and in the past year have been scaled out to 45 (out of 112) of Uganda’s local government districts, according to the UK-based Centre for Agriculture and Bioscience (CABI).

Plant doctor is not an official title; the term has been adopted by CABI for the 1,000 agricultural extension workers it has helped to train as part of its Plantwise programme. Since 2010 Plantwise has set up plant clinics in 24 countries, (three in West Africa and nine in East Africa). In August it opened 13 in Zambia.

Plant pests and diseases are major threats to food security and livelihoods in most developing countries. CABI cites research suggesting that worldwide, 40 percent of the value of plants for food is lost to pests and diseases - (15 percent to insects and 13 percent each to weeds and pathogens) - before they can be harvested by farmers.

That research dates from 1994 and did not cover some staple crops, such as cassava, for which the losses to brown streak disease alone have been 30-70 percent in the Great Lakes region, according to the International Institute for Tropical Agriculture (IITA).

Crop scientist Eric Boa, who pioneered plant clinics for CABI, says: “The variety of pests and diseases [in eastern and central Africa] is daunting. Clinic data reveal the farmers present problems on over 30 crops, and plant doctors have to consider over 60 different pests and diseases.”

Farmers’ need for advice was evident at Lyazi’s clinic in Mukono. During a three-hour session, consultations were non-stop and 17 farmers were given detailed recommendations, both verbally and on “prescription” sheets.

Asked if they had been benefiting from the clinics, Erifazi Mayanja, the head of a local farmers’ group, said: “Of course. That’s why we have come in great number today, because of the good advice we are getting.’

The coordinator of the Plantwise programme in Uganda and Zambia, Joseph Mulema, says plant clinics are a far more effective model for getting advice to farmers than the traditional one where extension workers, in theory, visit farms.

"Plant clinics can help so many farmers in a short time,” he says. “In fact, more farmers are seen in a session, if good mobilization is done, than an extension officer can look at in an entire month. Even if the clinic only runs twice a month, with good mobilization you can see hundreds of farmers.”

Data collected by researchers in Uganda suggest that normally a plant clinic session provides written recommendations to about a dozen enquiries on average.

However, enquiries may not result in a written prescription, and evidence from the Democratic Republic of Congo (DRC), where extension services are hard to find, suggests plant clinics can attract up 100 people per session.

There is also an “exponential” effect of farmers receiving advice at a clinic, passing on the information to neighbours with the same problem, says Misaki Okotel, Uganda coordinator for the international NGO Self Help Africa, a partner with CABI in the Plantwise programme.

There is wide agreement that extension services in countries like Uganda, which has only a few thousand extension officers - (4,300 in 1997, according to research by Nygard et al) needed a new approach to small farmers. 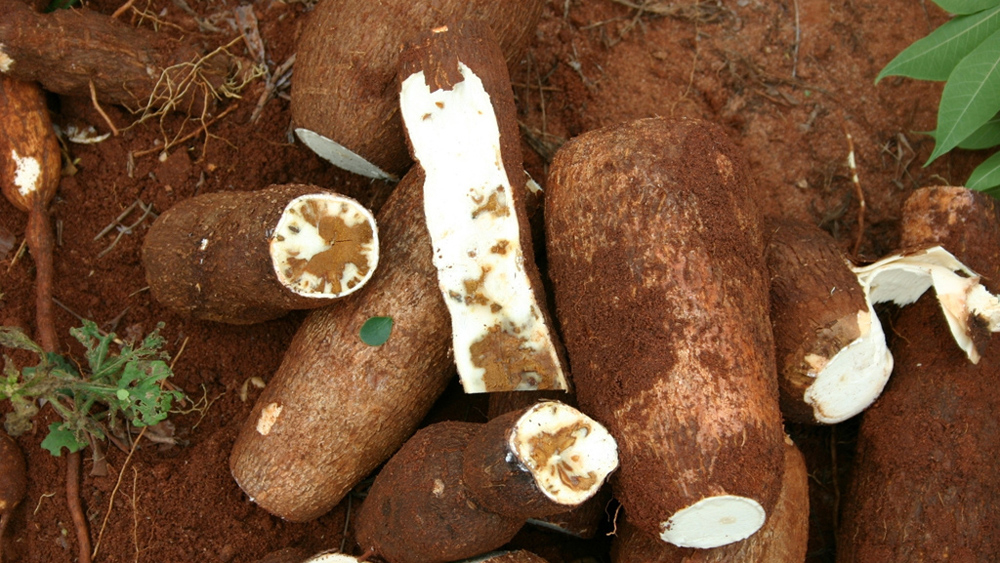 The government has a programme to empower farmers “to demand, pay for and benefit from extension”, but smallholders do not have this capacity, Okotel says.

“We have thousands of extension workers, but previously farmers would not know where a “plant doctor” was, or whom they could ask for plant health advice,” he explained.

“The extension workers were there, we have agricultural officers in each of Uganda’s 1,100 sub-counties, but the problem [was] they would be general agriculturalists who knew agronomy but didn’t know much about pests and diseases.”

Little research has been done on the effects of plant clinics. Perhaps the most detailed was a study in Bolivia, summarized in a paper which found clinics “can make large contributions to farmers’ earnings”.

The authors looked at changes in farmers’ incomes in the year after visiting a clinic, minus additional crop protection costs in that year. On the assumption that the difference was down to plant doctors’ advice plus any training, they found the average income gain in one year for those farmers who merely visited plant clinics was US$392, while for those who also had additional training the average gain was $991.

Those figures may overstate the potential income gains for the average farmer (given that visitors to plant clinics may have experienced above average losses to diseases) but they also leave out of account collective benefits from the disease surveillance and wider diffusion of knowledge encouraged by the system.

The authors acknowledge the “survey may lack the statistical certainty of a rigorous impact assessment” since there was no control group, and other factors could have accounted for some of the income gains.

Nevertheless, they conclude that “the clinics have a high positive impact,” one reason being that “the clients come to them, looking for a specific answer; thus they are especially receptive to the advice given.”

The most detailed study of plant clinics in Africa does not attempt to calculate income gains. Instead it looks at the quality of diagnoses and recommendations given by clinics at Mukono and two other locations.

The researchers had only the data on plant doctors’ prescriptions to go by, and were trying to judge its consistency. They assessed 82 percent of the recommendations as “partially effective” but only 10 percent as best practice and 8 percent as ineffective.

The researchers note that soil fertility problems seemed to be neglected by plant doctors and that they seldom mentioned biological remedies.

As for the diagnoses, they could “completely or partially validate” only 44 percent of these. This did not mean that 56 percent of plant doctors’ diagnoses were wrong, but most were ambiguous.

The authors say the results should caution against unrealistic expectations of plant doctors. They point out that very few samples were sent to laboratories, suggesting perhaps that plant doctors prefer not to admit to ignorance.

But given that the extension workers concerned had received only a three-day course from CABI before being labelled “plant doctors” the results can hardly be taken as invalidating the plant clinic initiative, they suggest.

In Uganda, Joseph Mulema told IRIN, donors spent about $290,000 on the programme last year, setting up clinics and links with universities. In the process coverage has expanded from 45 clinics in 18 local districts to 115 in 45 districts.

Local government in Uganda is keen to go ahead with plant clinic expansion, says Boa.