Fear and secrecy have cloaked the roll-out of a polio campaign currently underway in northern Nigeria. Vaccinators are concealing their identities, hiding vaccinations under their veils and visiting some areas only with undercover armed guards, following the February murder by Boko Haram of nine polio workers in the northern city of Kano.

“The [polio] campaign is done under an atmosphere of fear and secrecy, with vaccinators hiding their identity and moving around furtively for fear of being attacked,” a source at the World Health Organization (WHO) office in Kano, who is involved in polio immunization campaigns, told IRIN.

The Ministry of Health temporarily suspended the immunization campaign in March 2013, as vaccinators were too frightened to continue, said Shehu Abdullahi, executive secretary of Kano State’s Primary Healthcare Management Board (PHMB) in charge of polio immunizations. The campaign resumed in April.

On 8 February, gunmen on motorized rickshaws opened fire on two polio clinics in the Hotoro and Unguwa Uku areas of Kano, killing nine female polio vaccinators who were waiting to collect vaccines for house-to-house immunizations.

For the current campaign, vaccinator Jamila Ahmad told IRIN: “We conceal the polio kit under our hijab [veil] and move around as if we are going for a wedding or naming ceremony, while the supervisor trails behind us at a safe distance that will not raise any suspicion that he is with us.”

Most door-to-door polio immunizations are performed by women, who can typically access homes unhindered; men would have to seek the consent of male family heads to enter homes - but male supervisors usually form part of the team. 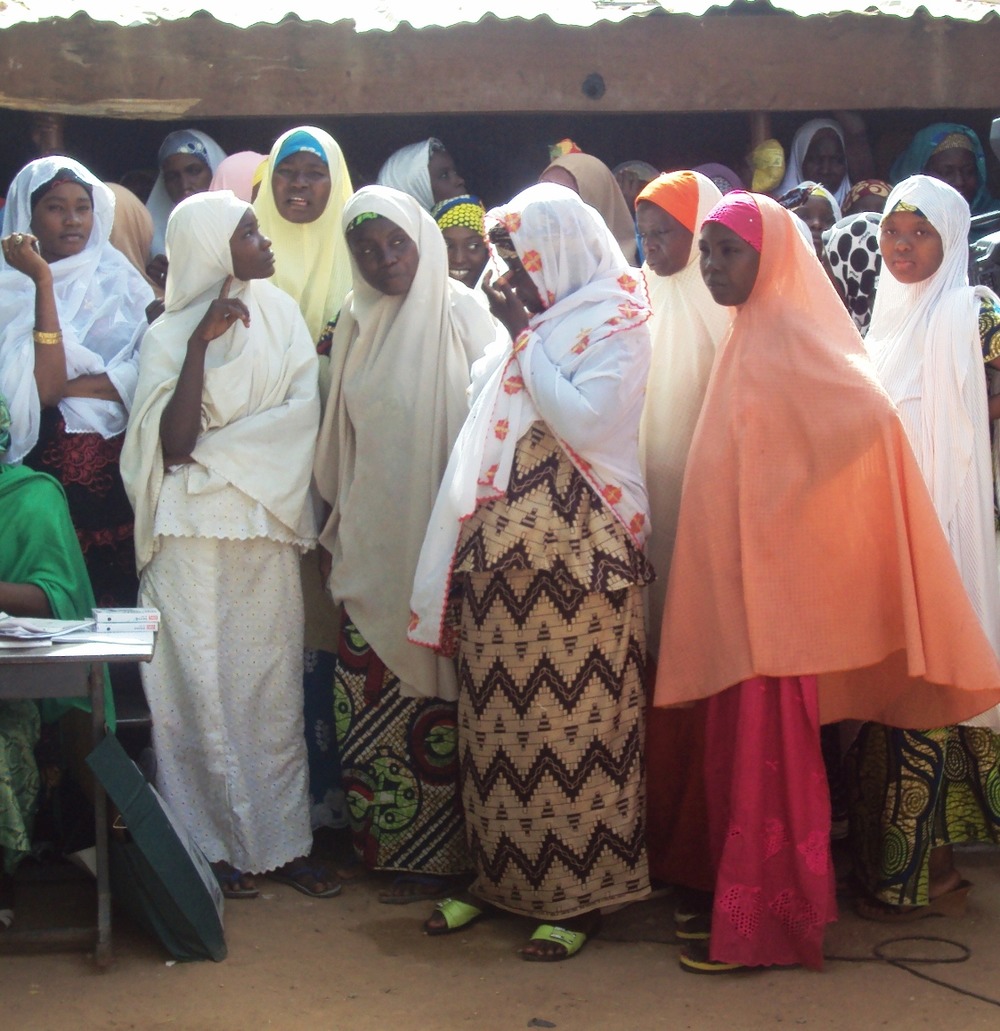 Resistance to polio immunization has long hindered efforts to eradicate the disease in Nigeria. But vaccinators are now afraid to engage in dialogue with parents who refuse to vaccinate their children, as they do not want to create a scene that might attract the attention of would-be attackers, “because you don’t know who you are dealing with,” said the WHO source.

Some vaccinators have refused to access high-risk areas without security personnel, the WHO source told IRIN. The PHMB has made an arrangement with security agencies - including the State Security Services, the police, and Nigeria Security and Civil Defense Corps - to provide undercover agents to accompany vaccinators on the outskirts of Kano, said Abudallahi.

“We assign each member to his neighbourhood, where he knows everybody, and tell them to be wary of any strange faces or movements around them,” said Tudun-Wada.

Working in such conditions has compelled many vaccinators to drop out of the polio campaign, said the anonymous source at WHO, meaning the health authorities and donor agencies have been forced to turn to less qualified volunteers.

“We now employ vaccinators we would have ordinarily sent away because of poor performance and training… and this has [an] effect on quality of [the] campaign,” said the WHO source. “Quality vaccinators are key to an effective and result-oriented campaign.”

Training for vaccinators used to take place on weekends in a private location, but now is run for a few hours throughout the week, in public places such as hospitals, for security reasons. Pre-selection and post-training tests were once used to select the best personnel, but now “quality is no longer a priority,” said one health worker involved in the campaign who asked to remain unnamed.

Despite the security challenges, the polio transmission rates in both Kano and Nigeria overall have dropped. As of 16 October, Nigeria accounted for 49 of the 296 polio cases recorded globally by the Global Polio Eradication Initiative, down from 2012, when Nigeria accounted for 121 cases, 28 of them in Kano.

“We are making slow progress despite the challenges, and we hope to gradually overcome them,” the WHO source said.