In Cameroon, one of the world's most homophobic countries, not only is intolerance towards same-sex conduct widespread, but murder and threats against homosexuals and rights activists are met with inaction from authorities, abetting the violence, rights groups say.

In July, Cameroonian gay right activist Eric Ohena Lembembe was found murdered at his home in Yaoundé. His neck was broken, his feet were smashed and his face was burned with an iron, said Human Rights Watch (HRW). The previous month, the offices of three human rights groups, including those that defend lesbian, gay, bisexual and transgender (LGBT) rights, were targets of break-ins.
Cameroonian human rights lawyers Michel Togué and Alice Nkom, who defend people accused of homosexual acts, said the police have taken no action on death threats against them.

"We have received threats, and nothing happens when we complain to the police because they know they are protected by impunity from the higher levels of authority," Nkom, who heads the Association for the Defence of Gays and Lesbians, told IRIN.

"Many gay people have been detained without charge, tortured and killed in Cameroon, but no proper investigation is carried out by the government to get the culprits punished for their act," said Moise Mahob, a member of Alternatives-Cameroun, one of the country's four gay rights organizations.

In a 11 September letter to President Paul Biya, 12 human rights groups said: "The government's inaction risks sending a signal to all Cameroonians that they can violate the law with impunity if they target people on the basis of their real or perceived sexual orientation and/or gender identity."

"Many gay people have been detained without charge, tortured and killed in Cameroon, but no proper investigation is carried out by the government."

Seventy-six countries in the world criminalize homosexuality, but Cameroon is one of the few to actually enforce these laws, according to a March report by HRW. Cameroon has prosecuted at least 28 people for homosexual conduct in the past three years, the report said.

"Cameroon ranks as one of the most homophobic countries in the world, where same-sex relations can be punished with up to five years in prison, and gay people suffer from outright public hostility and torture," Neela Ghoshal, HRW researcher on LGBT, told IRIN.

Those accused of homosexuality are often convicted on evidence that is flimsy or non-existent, and investigations rely on forced confessions, often elicited through torture, the HRW report said.

Until his release in June, Seraphon Ntsama had been detained for two years without trial after a neighbour alleged that he was gay.

"A simple rumour raised against you by a neighbour suspecting that you are gay can put you in serious problems in Cameroon," Ntsama told IRIN.

Roger Jean Claude Mbede, 34, was sentenced to three years in prison for texting a romantic message to another man. He was freed in June on health grounds.

Mbede said that he has faced hostility since his release. "Life in prison was like going to hell and back. At home my family rejects me, and I'm now living with a friend."

"There is the absolute impunity around violence against lesbian, gay, bisexual and transgender people," said Ghoshal. "In Kenya and Uganda, despite the homophobic environment, gays and lesbians have been able to go to the police when they are victims of violence, and in some cases they have succeeded in getting justice

In January in Maroua, Far North Region, a man was stoned to death after allegedly being caught in homosexual act.

Roger Jean Claude Mbede, Cameroon: "I was subjected to torture"

Roger Jean Claude Mbede, 34, was sentenced to three years in prison for sending an SMS to another man saying, “I'm in love with you.” He is seeking asylum in country where he can live more openly 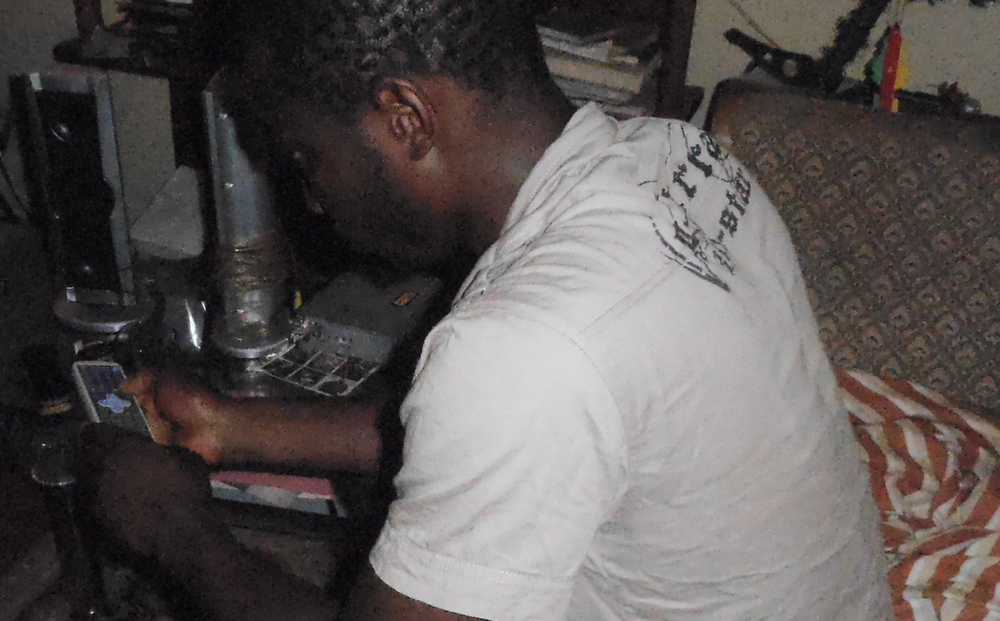 According to Togué, anti-gay attackers are rarely identified: "These killings and torture are usually mob action, making it difficult for local law enforcers and even the rights defenders to sue attackers."

"There are many gay people in Cameroon. Unfortunately their sexual orientation goes against the law and others' preferences," Togué said. "Judges are homophobic; some fear retaliation from the public and so do not apply the law correctly."

Some Cameroonians believe that homosexuality is a sect. In 2006, widespread rumours held that a group of politicians, business people and musicians belonged to a cult that practised homosexuality as part of its rituals to acquire money and social standing.

"What we have in Cameroon are paedophiles who pay money to sodomize unemployed youth for some spiritual reasons. We don't want them around here," said Blaise Eyono, a Yaoundé resident.

"Besides a repressive legal environment in Cameroon, there is a largely hostile media climate where many editors take the easy way out by relying on gay 'scandals' to sell newspapers rather than conducting serious, objective reporting," HRW's Ghoshal said.

The Cameroonian government denies that homosexuals are targeted. "There is no conspiracy of the state or any social plot in Cameroon which is directed toward homosexuals," government spokesman Issa Tchiroma Bakary told reporters in July.

"Many homosexuals live and move freely in Cameroon without being beaten or suffering punishment."

But gay rights activist Mahob said: "The government had vowed to conduct full investigation into the killing of Eric Lembembe, but the policemen who came to the crime scene did not even collect evidence or take photos before the body was moved. So the government is not making any effort."

In August, around 200 youths staged a public protest against gays in Yaoundé, brandishing placards denouncing homosexuality. The protesters threatened to kill anyone suspected of being gay, and distributed T-shirts with anti-gay slogans and flyers to the public.

"We cannot hold any meetings about homosexuality, but the authorities can instead allow violent people to hold anti-gay demonstrations. They are using the law [against homosexuality] to perpetuate homophobia and violence," Nkom said.

"If protest like this can be staged, then the government should be blamed for not protecting minority groups. Large gatherings like that must be authorized by public authorities according to the law. So where was the government?" Togué asked.