The killing and bloodshed was already well under way when Salma Bahgat, a Red Crescent volunteer, arrived at Rabaa Al Adawia, one of two sites of support for ousted president Mohamed Morsi raided by the Egyptian authorities yesterday.

“I wormed my way through dead bodies and the screams of injured people who were desperate for treatment,” Bahgat, 29, a dentist by profession, told IRIN. “I heard the sounds of bombs and gunfire above my head. Most of the time I felt that my own life was in danger.”

As the authorities clashed with supporters of the former president, rescue workers, medical officials and volunteers tried to help the thousands of injured.

Medical responders struggled to get access to the main site for hours, with the police using live rounds and armoured vehicles against the supporters of the deposed president, who also responded with gun shots.

“There was gunfire everywhere,” said Ahmed Faleh, a first aid responder working for the Egyptian Ambulance Service. “I was fully sure that some people needed help out there, but I could not reach them because of the violence.”

Throughout the day, a media battle raged on TV stations and online with each side accusing the other of brutality and citing the most favourable fatality numbers.

Hundreds of metres away from Faleh, Magdy Abdel Hady, a Morsi supporter, attempted to help doctors inside a makeshift hospital in the square treat the growing number of casualties.

Abdel Hady, in his late twenties, saw the bodies piling up inside the hospital. A man who stood three metres away was shot in the head and died on the spot, he told IRIN.

“We cried for help, but ambulances were not allowed into the square,” he said. “We carried some of the injured people for long distances to reach the rescue workers.”

Abdel Hady was told later that people who received minor injuries were arrested by police as soon as they reached the hospitals by ambulance.

A friend of his, Ahmed Gad, also at the site, said many of the protesters could have been saved if there had been better access for rescue workers. He saw shrouded bodies of Morsi supporters lying on the ground inside Al Iman Mosque near Rabaa Al Adawia Square.

Despite the dangers, some aid responders risked their own lives in order to do their job, and in Egypt’s increasingly polarized political climate even aid workers can be accused of partiality.

The Egyptian Red Crescent sent teams to the centre of the action in Cairo, but some of them were given a hard time.

Menan Samy: "I don't know how people will go back to living together after what happened" 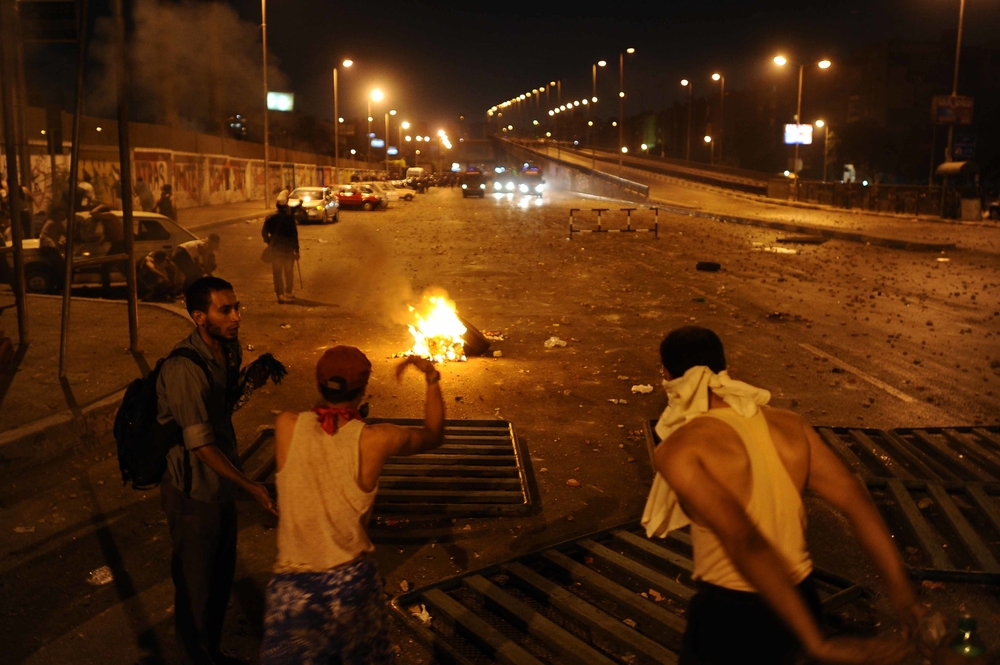 “Some people think the Red Crescent has links to the Muslim Brotherhood,” said Marwa Alaa, a communications officer at the Egyptian Red Crescent. “This is why they think we are biased, which is not true. We save human life, regardless of any political affiliations.”

When Bahgat arrived at Rabaa Al Adawia, the crackdown on Morsi supporters was already well under way. She was the target of verbal attacks from protesters and people on the streets. Some called her and her team “careless”; others accused them of being late “on purpose”.

“I think there is not enough awareness about what aid workers are there to do,” Bahgat said.

“Some injured people were afraid to get in the car,” Faleh said. “They said they were afraid that they would be arrested. People need to know that we have nothing to do with politics.”