Read about what we achieved.
SÉVARÉ/BAMAKO

More displaced women and girls - some as young as 13 - are turning to sex work to get by in Mali where 14 months of occupation and conflict have forced 475,000 people from their homes in the north, according to NGOs.

NGO Danaya So (House of Trust in the local language Bambara), has registered 3,800 sex workers in central Mali’s towns of Mopti and Sévaré, as well as in Bamako, but the real number is much higher, says its director, Kadidjatou Coulibaly.

The UN Children's Fund (UNICEF) has registered 41 girls in Mopti aged 15-18 who have turned to survival sex. “Of the 41 we registered, almost all were without their parents or without their husbands who they said had disappeared or been killed during the fighting,” said Aminata Dicko Sangaré, UNICEF’s protection project administrator in Mali.

Coulibaly visits the brothels and houses where young women work, three times a week, trying to raise awareness of the health risks associated with sex work and to find women and girls alternative incomes. Most of them are single young women living away from their families.

She said her workload soared following the Islamist occupation in April 2012, and has remained high.

“I first heard about the rebels raping women in May, a couple of weeks after they occupied Gao, Kidal and Timbuktu. Almost immediately after we received the first group of young women.”

Over the past year the number of women living in `maisons closes’ or brothels in Sévaré and Mopti has doubled, while in the street, in bars and some hotels, more sex workers are visible, said Coulibaly.

At the end of 2012, staff at the local health clinic in Sévaré said HIV/AIDS was on the increase among blood donors, according to Sylvia Mollet, who works with the Global Fund to fight AIDS, Tuberculosis and Malaria in Bamako.

In April 2012, Maimouna*, 17, fled 570km south to Sévaré in central Mali, a week after Tuareg rebels - the National Movement for the Liberation of Azawad (MNLA) - and then Islamists, occupied her home town of Gao.

“I came here and there were so many men, mainly Malian soldiers who had fled when the rebels attacked the towns in the north,” Maimouna said. Soon they became her clients, she said.

She now takes 3-5 clients a night to pay for her food, clothing and rent; on average she earns US$2 a night. “I do not want to do this, but I have no choice. It is really bad but this is the only way for me to get money at the moment,” she told IRIN. 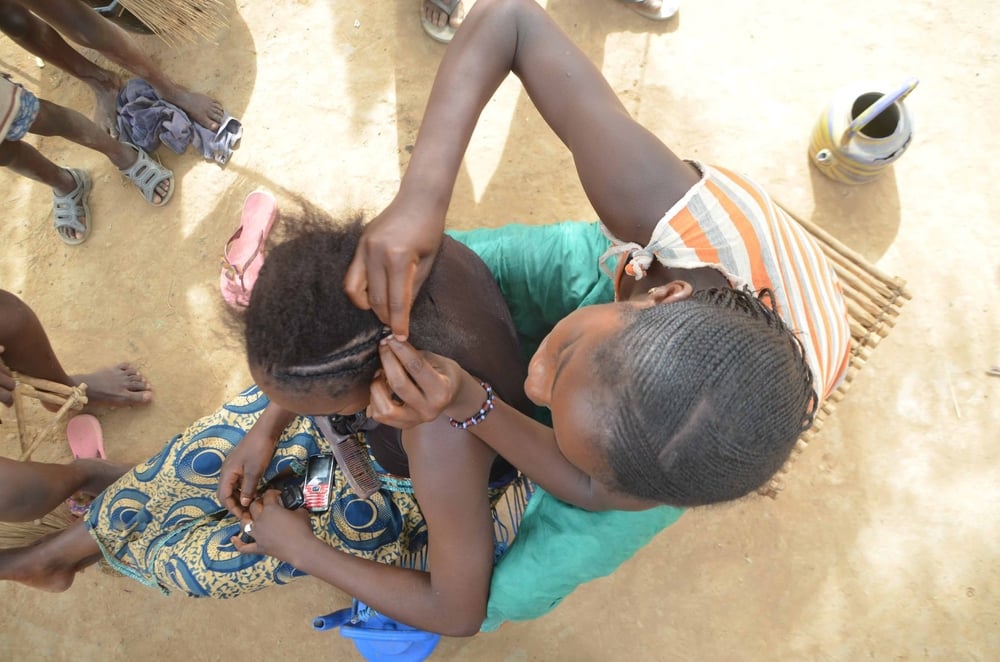 Single females without their parents and who have nowhere to stay are the most vulnerable, according to Danaya So. The conflict has separated many families, said the NGO’s project coordinator Marie Denou in Bamako, with husbands working in one town and wives and children in another, leaving them vulnerable.

Many unaccompanied minors may not have told their parents how they will support themselves, and cannot expect any support from their family, said Coulibaly. “They say they work in the market or clean in peoples’ homes. If their families found out how they were making a living they would not be able to return home.”

“The pressure on the young women to help support their family is high and it is not unusual for a mother or other female relative to push them into going onto the street,” said the Global Fund’s Mollet.

Many women do not identify themselves as sex workers and call the men they sleep with boyfriends, which can enable HIV and other sexually transmitted diseases to spread, said Mollet. “The man will argue he is a boyfriend and refuse to wear a condom,” she told IRIN.

Danaya So convenes weekly meetings in the homes of sex workers to discuss the dangers of sexually transmitted diseasesand how to protect themselves. Waiting for the meeting to start, the young women, all in their teens and early twenties, keep busy gossiping, braiding each other’s hair and playing with their Chinese counterfeit smartphones. “My boyfriend bought me this,” said Fatima*, aged 20. “We sleep together and he gives me money to buy food and other things I need. Because he is a soldier he is at least paid, even if it is not enough.”

UNICEF and NGO Catholic Relief Services will soon give cash transfers to displaced northerners who have encountered sexual or gender-based violence, to try to cover their basic needs.

Though no one can say for sure, many believe the number of sex workers is expected to increase with the arrival of the international peacekeeping troops. There are already 6,000 foreign soldiers in Mali, and in the coming weeks some 5,000 more will arrive to support MINUSMA, the UN Multidimensional Integrated Stabilization Mission there.

Many Malians are also growing increasingly vulnerable. People who were already struggling before the crisis began, are certainly worse off 14 months later,” said Mollet. “They have lost it all, maybe even their parents.”