Hundreds of northern Malians - many of them ethnic Tuaregs - have been detained by the Malian army since the French military intervention to oust Islamist groups from northern Mali began in January 2013. Many of the detainees have complained they had no idea why they were captured and were not given access to lawyers; others alleged torture.

The ill-treatment may also have proven fatal: Two ethnic Tuareg men, arrested in February and allegedly tortured by Malian soldiers in the town of Léré, in Timbuktu Region, died of their injuries at the Central Prison in the capital, Bamako, Human Rights Watch (HRW) said in a communique on 11 April.

IRIN spoke to human rights groups, detainees, gendarmes and military officers to find out the status of conflict-related detainees.

According to HRW, which had been following the case of the two Tuareg men, they had received some medical attention when they were being held at Gendarme Camp 1 in Bamako, but were then transferred to the Central Prison in late March.

“The men were in very bad shape. One of the men was repeatedly abused, suffering severe hematoma and possibly a broken rib. While detained by the army, he had been injected with a caustic substance,” said Corinne Dufka, a senior West Africa researcher at HRW.

“They did not receive the treatment they needed, and the previous torture and ill-treatment clearly contributed to their deaths.”

HRW had interviewed and documented the torture inflicted on a total of seven men. The organization said most of the abuses they documented were committed while the prisoners were still in military custody but stopped when they were transferred to the gendarmerie.

“Detainees described being beaten and kicked, burned, injected with a caustic substance, and threatened with death while in army custody,” said Dufka. “Detainees were only randomly questioned, and often while tortured. One man described a treatment similar to water-boarding while held by rank-and-file soldiers.”

The seven men were taken to Markala, in Gao Region, where they were photographed with assault rifles, ammunition and other alleged proof of their association with armed groups. Most of them denied any such association and said the arms and other items were not theirs, though some admitted they had either fought for or assisted the National Movement for the Liberation of Azawad (MNLA) or Movement for Unity and Jihad in West Africa (MUJAO), according to Dufka.

None of the detained had seen a lawyer or knew the full extent of the charges against them.

Detainees have also been subjected to mock-executions, according to local and international human rights groups, among them HRW, Amnesty International and the National Commission for Human Rights (CNDH).

Following the start of the French military intervention in Mali in January 2013, the Malian army arrested dozens of men all over the country on suspicion of supporting the Islamist groups that took control of the north in 2012. Most of the men were taken in central and northern Mali as Malian and French forces advanced north.

Kadidia Sangare Coulibaly, president of CNDH, told IRIN the arrests accounted for the disappearances of many members of ethnic minority groups during the first weeks of the French-led intervention.

“It is likely that some of these people, of whom we still have no news, were arrested on suspicion of supporting the Islamists,” she said.

The police in Gao and Bamako, state prosecutors and lawyers in Bamako, and humanitarian organizations with access to the detainees are all unable to say how many were arrested since the intervention.

A gendarme official in Gao said that as far as he knew, 300 people were arrested in Gao, 70 of whom were later transferred to the state prison in Bamako. The International Committee of the Red Cross (ICRC) says the countrywide figure is 300.

State prosecutor Mohamed Dicko, in Bamako, said he had received 109 cases from the Bamako gendarmerie of arrests for aiding the armed Islamists groups, a number likely to increase as more detainees are transferred to the capital.

“So far, 200 people have been arrested and transferred to the central prison in Bamako. Among them, 27 have been released,” Dicko said, noting 26 men were arrested by the French army.

Some 45 detainees are being held by the MNLA, which is in control of parts of Kidal Region, according to Wolde Gabriel Saugeron, the ICRC spokesperson in Geneva.

Six of the people detained across the country are children whose cases are currently being followed by the UN's Children's Fund (UNICEF), according to Dicko.

Alasane, a Tuareg pastoralist from a small village just outside the town of Timbuktu, told IRIN over the phone, “I’ve heard about innocent people who were arrested, killed and thrown down wells. The victims mainly belonged to minority groups, and I knew it was a risk for me coming to the market.”

He withheld his last name out of fear of reprisals from government troops.

Moussa Ibrahim, detained in Mali: “They accused me of supporting the Islamists” 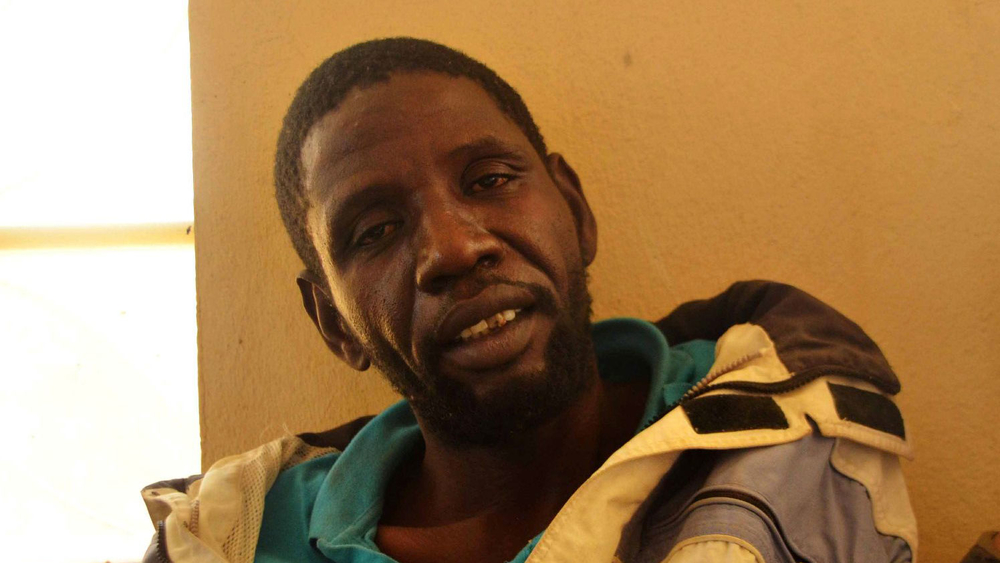 In March, when he heard the French army was working with the Malians, he decided to bring his animals to the market in a town close to where troops were fighting.

Coming back from the market, he was stopped and interrogated by a group of soldiers. He was later put in a cell with another prisoner, Moussa Ibrahim. Rather than being swiftly transferred to the gendarmerie in Timbuktu, the men remained with their military captors. Alasane was later released.

ICRC has been able to visit detainees in central Bamako, Kidal, Mopti and Sévaré to monitor their treatment and conditions of detention, and to pass on messages to their families.

Human rights groups have urged the gendarmerie to be present during all major round-ups of suspects, and to provide legal representation for the prisoners, sound investigations into their charges, and the right to compensation for those abused or robbed and to the families of those who died while in custody.

Likewise, military officers should more closely monitor their soldiers’ behaviour, said HRW. “A clear military hierarchy to ensure discipline in low-ranking soldiers is needed. We do not believe the abuse is systematic. Many people were also arrested without being abused,” said Dufka.

A lieutenant colonel in the army, who asked to remain anonymous, told IRIN, “The army has been systematically marginalized by political leaders over the past 30 years. We have lost our cohesion, our sense of discipline - arguably the foundation of a good army - and our morale.”

Some of the alleged abuses that soldiers carried out were undertaken by bandits pretending to be soldiers, he told IRIN, but he noted, “The last time most of these soldiers received training in international human rights was 10 years ago.”

He confirmed that a commission has been set up to investigate allegations of abuse.

Col Didier Dacko, in Gao, told IRIN that when accusations of prisoner mistreatment emerge, the suspected soldiers are immediately transferred to Bamako, where staff investigate the allegations and decide whether the soldiers should be prosecuted.

Thus far, six soldiers have been transferred to Bamako, according to the Ministry of Justice in Bamako.