Read about what we achieved.
JOHANNESBURG
Read this article in: Français - Arabic

Despite hype, insurance not key to resilience for farmers 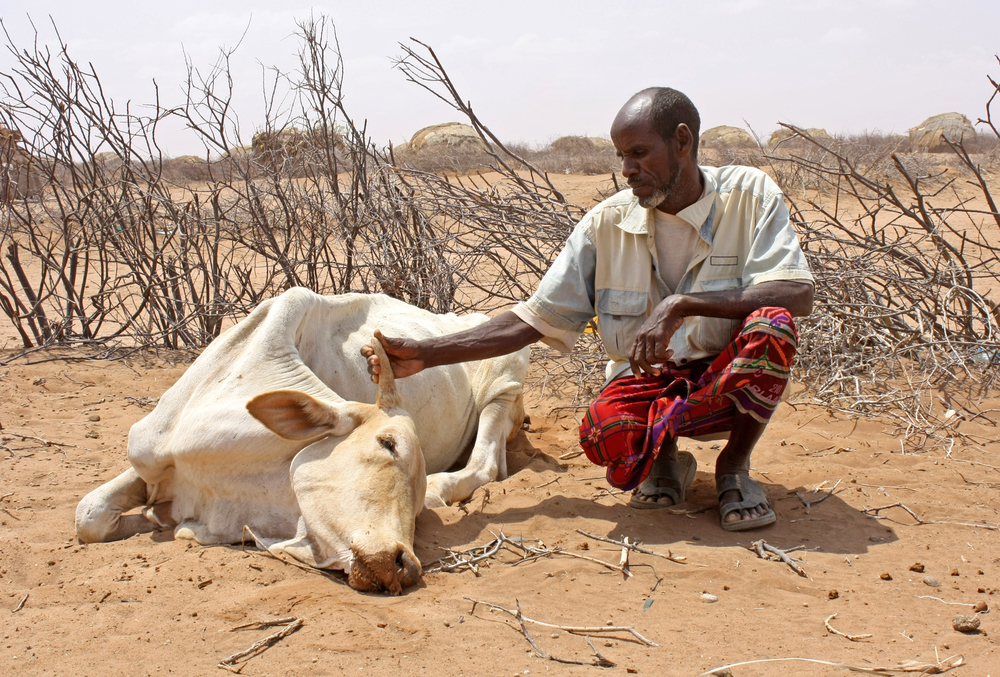 JOHANNESBURG, 5 March 2013 (IRIN) - In most developing countries, farmers risk losing their crops and livestock to droughts or floods, and the recent intensity of these climatic shocks has been record-setting. As the losses from these events mount, the developing world has been turning to the experiences of the richer nations in transferring risk through mechanisms like insurance.

But experts - including the authoritative Intergovernmental Panel on Climate Change (IPCC) in its Special Report on Managing the Risks of Extreme Events and Disasters to Advance Climate Change Adaptation (SREX) - have sounded a word of caution in portraying insurance as a panacea for improving resilience to climatic shocks.

Even in the developed world, insurers are reluctant to provide regional or even nationwide coverage for floods and other natural hazards because of the systemic nature of those risks, the SREX pointed out.

Globally, only about 20 percent of the losses from weather-related events were insured between 1980 and 2003, the report said. In fact, in some countries like the Netherlands, which is exposed to high flood risk, insurance is non-existent; the government simply provides compensation.

Mitchell says that insurance, when combined with other risk-management measures like early warning systems, can provide valuable information to the vulnerable, better preparing them to weather disasters. But when insurance is the only means of reducing risk, it "can convey a feeling of security while actually leaving people overly exposed to impacts".

Besides, insurance products do not cover "intangible losses such a long-term impacts on mental health, lifelong loss of earnings related to missed schooling or malnutrition in drought years, or cultural heritage and identity," he wrote.

Insurance requires vulnerable individuals like farmers to pay premiums, offer labour in place of premiums, or even join together with other farmers to purchase coverage collectively. But all these approaches have drawbacks for those with low incomes, says Mitchell. For example, the young, elderly and ill cannot always provide labour.

And some developing countries may not be able to afford insurance products offered by the private sector. Mitchell cites a case in Bangladesh where a cap has been imposed on reinsurance liability by the Sadharan Bima Corporation (SBC), the country's only state-owned reinsurer. The cap was imposed on its liabilities following a host of recent disaster-related losses. It is reported that SBC underwrites almost 80 percent of the country's insurance coverage.

Much more information about the effects of insurance policies on individuals and governments is needed, Mitchell said. Also needed are high-quality, publicly available risk assessments. Some of the best risk assessments are those used by the insurance industry, but these are often only provided to governments at a steep price, and only during an effort to sell insurance to them, he wrote.

Still, the SREX does note some promising, innovative approaches to providing insurance to individuals in developing countries. In one pilot project in Malawi, for example, micro-insurance is bundled with loans enabling farmers to access agricultural inputs that increase productivity. Another project in Mongolia protects herders’ livestock from extreme winter weather to reduce livestock losses.

"But the problem with these rather effective pilot projects is: can they be scaled up and do governments have the finance to support such projects in a sustainable way?" asked Harjeet Singh, ActionAid's international coordinator for disaster risk reduction and climate adaptation.

For climatic shocks, he says, a more feasible option would be a global compensation fund financed by all the countries under the auspices of the UN Framework Convention on Climate Change (UNFCCC) to cover losses in developing countries.

One relatively successful pooled insurance scheme has benefited developing countries: the Caribbean Climate Risk Insurance Facility (CCRIF). The nonprofit scheme was created in 2007 for the 16 members of the Caribbean Community, which pay comparatively low premiums and get rapid payouts when a member is hit by a hurricane or an earthquake.

Using CCRIF as a model, the UN World Food Programme has helped the African Union set up the Africa Risk Capacity (ARC), an insurance and early response facility whose objective is to pay out funds when a drought occurs.

The ARC also comes with a resilience component: "Insurance - if designed properly - can help incentivize loss reduction and resilience-building activities," climate-risk insurance expert Koko Warner of UN University said in an email. Under the ARC, "in order to access insurance (which is half as expensive for participating countries as it would be without the pool), the countries have to have contingency plans in place that will prevent droughts or other weather calamities from turning into famine and starvation for millions of people."

She argues that insurance can "create more certainty in decision-making. Studies of poverty and development show that many people avoid investment in 'positive' things because they are uncertain - for example, putting children in school, investing in health, improving agriculture practices that will bolster food security - often because of uncertainty around the weather. If a household invests, and then a crop fails, they... often are burdened with debt. Children (particularly girls) are sometimes pulled out of school, and an erosive string of coping mechanisms ensues."

But there has been concern that even some CCRIF member countries have had difficulty affording the premiums. CCRIF’s Ekhosuehi Iyahen says members, except for Haiti, have been able to finance their own premiums "though a few have taken soft financing from [the] World Bank or Caribbean Development Bank to assist in the first few years.

“For us, this demonstrates several things, one of which is the fact that countries themselves have become increasingly aware of the risk on their books and are taking strategic steps towards trying to address this issue in a much more holistic way than they ever did in the past," she said.

ActionAid's Singh and other disaster experts maintain that countries need to focus on addressing vulnerability at the individual and community level by doubling efforts to strengthen disaster preparedness.

"You just need to compare how much we spend on relief against the amount spent on disaster prevention," said Mitchell.

"We spent US$13 billion on humanitarian interventions in 2011, while spending on prevention and preparedness - the very essence of resilience - receives less than one percent of this," said Margareta Wahlström, the UN special representative of the Secretary-General for disaster risk reduction.

CCRIF's Iyahen says spending on risk reduction, in most cases, involves hard decisions with "far-reaching political implications, and this is often a great inhibition in implementing some basic and logical risk-reduction measures."

At the heart of the issue is a commitment to address vulnerability. ODI aid expert Simon Levine observes, "The real questions of resilience are not to address risk at all, I think... Far too many people do not live with the risk of facing difficulties - they live with constant difficulty, and you can’t buy insurance for that!"