Read about what we achieved.
GAO/DAKAR

Nearly 3,000 Malians who fled towns and villages in the north when armed men occupied their homeland have headed home, but the vast majority are staying put in the south or in neighbouring countries, for fear of insecurity, reprisal killings, and in the knowledge that basic services are still sorely lacking.

“Recent attacks and fighting, unexploded ordnance, the fear of reprisals, and the lack of basic services, are all elements dissuading people from returning,” said Helene Caux, spokesperson with the UN Refugee Agency (UNHCR).

Most of the 170,300 registered refugees in Mauritania, Burkina Faso, Niger and Algeria, are ethnic Tuaregs or Arabs, and many of them fear reprisal attacks, being targeted by the Malian army, criminality and the presence of jihadists in some communities.

Timbuktu school director Amhedo Ag Hamama, a Tuareg now volunteering as a teacher in Mbéra refugee camp in eastern Mauritania, told IRIN: “No one [in Mbéra] is ready to go back… Living conditions are very difficult here, there is not enough food, teachers are working for no pay, but we will not return until there is sustainable peace.”

Many refugees IRIN spoke to talked of the 1990-91 Tuareg rebellion in the north that caused them to flee. “We will only return if there is a viable solution,” Hamama continued, “not if in one, two, three years, we will have to flee again… We are scared of reprisal killings. We are scared of attacks from Malian soldiers. No one dares return.”

UNHCR stresses the need for reconciliation efforts, together with efforts to combat impunity, to encourage peaceful coexistence between communities and help long-term stabilization, according to a 1 March briefing.

Hamama has a paid job to return to in Timbuktu, but “even the money won’t draw me back,” he said. “Who can assure our safety, our security? No one. I do not have confidence in anyone.”

Some want to flee but cannot. Arab shopkeeper Najim Ould Abadallah told IRIN he wants to go to Burkina Faso but is afraid of being harassed or detained at the military checkpoints en route.

After hiding in his house for three weeks, he fled to a neighbour’s house and upon returning found his house looted - by Malian soldiers, a neighbour told him.

Some Tuareg families from rural villages in Gao Region have fled to Gao town, as they feel they are safer there. Ahmed Haïdara, a Tuareg from Djebok, 40km east of Gao, took refuge with his family in a sandy courtyard belonging to house on the outskirts of Gao. "We are safe here. I trust Mali's army to protect us,” he told IRIN. “In Djebok there is nothing - no soldiers, no policemen. The Islamists can come back any time," he told IRIN.

Many cattle-herders sold their animals to pay for transport to flee and cannot afford to return, according to IOM spokesperson, Judy Dacruz. “Likewise many farmers were unable to plant because of displacement and thus have no way of supporting themselves through the rest of the year,” she said.

UNHCR and IOM are not encouraging or facilitating returns because of the security situation, but Caux pointed out: “We cannot prevent people going back spontaneously.”

Yussuf Toure has just returned from Bamako to Gao to repair his house in preparation for the arrival of his wife and family. He is lucky as he has a job to return to (he signed a contract with Sahel Etude Action Pour le Developpement (SEAD), a government 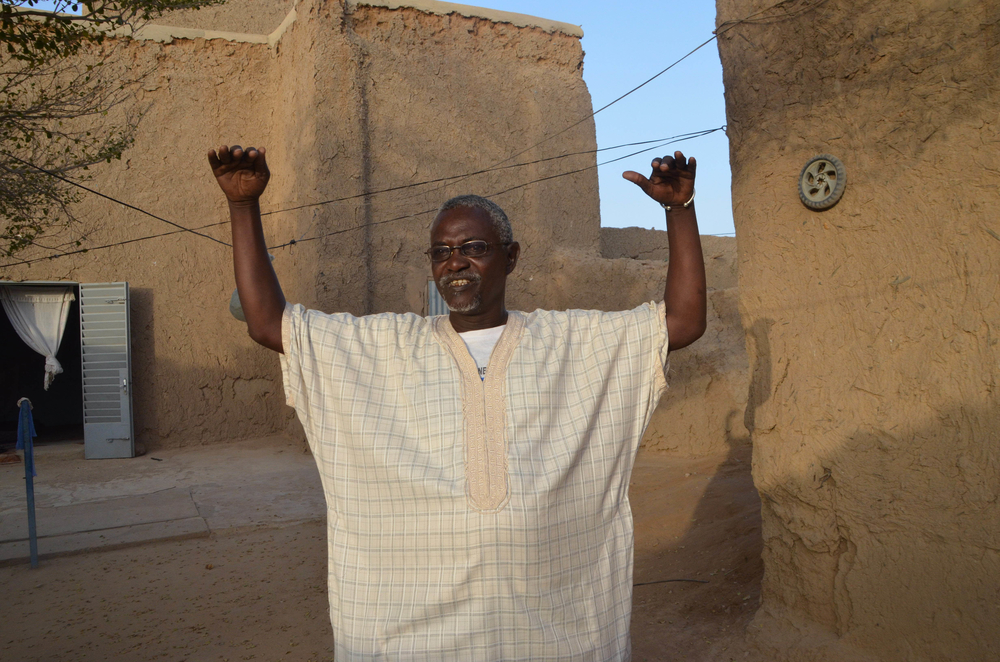 Some families are travelling up to Mopti in central Mali, and taking a boat onto Timbuktu.

Most of the people IOM talked to said they wanted to return as soon as possible, with almost all wishing to go back this year, while a small group said they would wait longer for the situation to stabilize.

Alongside NGOs such as Catholic Relief Services, IOM provides food packages and emergency kits for displaced families at major transit points such as Mopti in central Mali.

As well as security, many say they are waiting for a return of basic services and governance structures - particularly mayors and a judicial structure - to be in place before returning. In an IOM survey displaced Malians also stressed the need for livelihood opportunities to be in place.

Social services are still largely provided by humanitarian organizations; shops remain closed and the same is true for banks, some food markets and pharmacies. Very few Tuaregs or Arabs remain.

Schools are only now reopening, having closed in early January following the French-led intervention. In Timbuktu, schools have reopened but are all empty, said Hamama, as most of the students and teachers are living in Mbéra refugee camp.

Families who have registered their children in schools in the south want to wait out the school year before re-enrolling elsewhere, said UNHCR’s Caux.

If people do start to return in large numbers, huge pressure could be put on infrastructure in transit points such as Mopti and Ségou, where stocks of food, water and medical supplies are running low, said Dacruz. “Government and humanitarian agencies need to start planning for receiving the IDPs [internally displaced persons].”

Meanwhile, ongoing conflict in the mountainous area north of Kidal, as well as recent fighting in Gao town, continue to cause fresh displacement.

IOM monitors have counted an additional 18,702 people fleeing areas of conflict since the French invasion on 11 January 2013.

In Tinzawatene, in Kidal Region in the far north of Mali, the International Committee of the Red Cross (ICRC) is trying to support people fleeing fighting. The supply of food and other items here and in Kidal and Tessalit has been seriously affected by the conflict and the closure of the border with Algeria, said UNHCR in a communiqué.

“They have come from Kidal, Gao and even from as far as Ménaka, some 600km away. We are currently helping 1,100 families, a figure that might rise as fighting continues,” said Valery Mbaoh Nana with ICRC in Gao.