A large-scale road-widening project across Nepal’s capital city of Kathmandu, one of the most seismically active cities in the world, has placed hundreds more buildings at risk of collapse in the event of an earthquake, experts warn.

“Many buildings have been partially demolished to make room for the roads. Now they are twice as likely to collapse during an earthquake,” Dilip Kumar Jha, vice-president of the Nepal Engineers’ Association, told IRIN. “As engineers, we’re very concerned about this.”

International disaster experts agree. “It’s evident if you bulldoze half of a building it won’t be as safe as before,” said Moira Reddick, coordinator of the Nepal Risk Reduction Consortium (NRRC) .

According to the National Society for Earthquake Technology-Nepal (NSET), 60 percent of all residential buildings in the Nepalese capital are already at risk of collapse due to faulty construction.

Experts have long expressed concern over current building practices in Kathmandu; with many predicting a major earthquake in the near future. Nepal has had nine major earthquakes roughly every 75 years since 1255 AD. The last one in 1934, flattened Kathmandu, killing 8,000 and destroying 20 percent of the city’s buildings.

“This is very dangerous. In some cases the frontal frames of these buildings have been removed,” said Amod Dixit, NSET’s executive director.

Indra Maya, 55, had to take her home back 2 metres from the road and retrofit it as part of a major road expansion effort aimed at easing traffic congestion in Kathmandu. Hundreds of more buildings are at risk of collapse in the event of an earthquake a 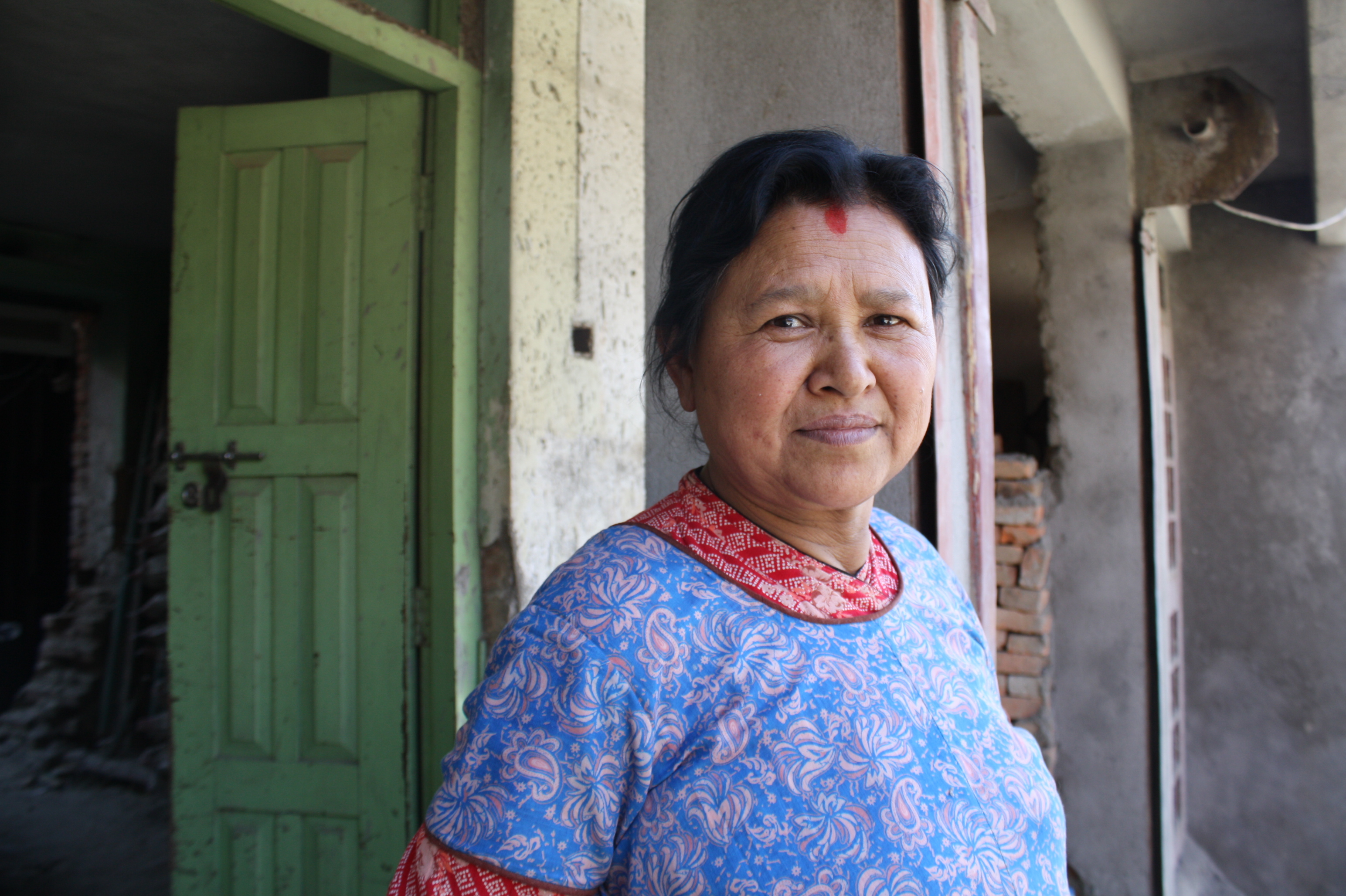 “The issue is whether people have awareness and understand the choice of whether to retrofit or not,” said Reddick.

Government plans to widen roads to ease traffic congestion got under way in 2012. The scheme aims to build or widen about 187km of roads in the Kathmandu, Lalitpur and Bhaktapur districts of Kathmandu Valley. Some 105km have already been completed.

Building owners who have encroached (often 3-5 metres) on public land have been given one month to reduce the size of their buildings or face demolition.

According to Ram Prasad Shrestha, an engineer at Kathmandu Valley Development, efforts to safeguard affected buildings are being made, and residents are being given adequate time to ensure repairs.