Water resources in northern Sri Lanka, which are coming under increasing pressure as returning farmers use wasteful water pumps to irrigate their crops, need to be better managed, say experts.

“Never before have water resources in the Northern Province been under such stress,” Thushyanthy Mikunthan, a senior lecturer at the Department of Agriculture at Jaffna University, told IRIN, citing increased farming and an upsurge in water pump usage.

According to the UN, more than 400,000 people have returned to their homes in the area since the 26-year war against the Liberation Tigers of Tamil Eelam ended on 18 May 2009.

A new online mapping tool developed by the Washington-based World Resources Institute (WRI) indicates a “high risk” in overall water resources in the area, which over the past year has witnessed a 10-month drought and three bouts of flooding.

“Variability is especially problematic in places where there is not sufficient storage capacity to provide water during dry times,” Robert Kimball, WRI outreach associate for the Aqueduct Water Risk Atlas mapping project, explained.

“It is a very unique area where water sources differ from one location to another,” said Herath Manthrithilake, head of the Sri Lanka Development Initiative at the International Water Management Institute (IWMI).

In the northwest, the primary water supply is through small lakes and ponds; in the northeast, through water tanks; while in northern Jaffna Peninsula - devoid of any rivers - residents depend on the limited groundwater resources.

“Each area requires a different approach. The lakes, the tanks and the irrigation networks that connect them need major rehabilitation and constant upkeep, while Jaffna would need very serious water management measures,” Manthrithilake said.

If Jaffna is to avoid a water shortage in the coming years, water usage should ideally be 50 percent less than the recharge, she said.

Women cutting paddy in Kurunegala District in Sri Lanka. The secondary paddy harvest this year is 15 per cent higher than 2010, an almost 40 per cent above the average recorded in the last five years 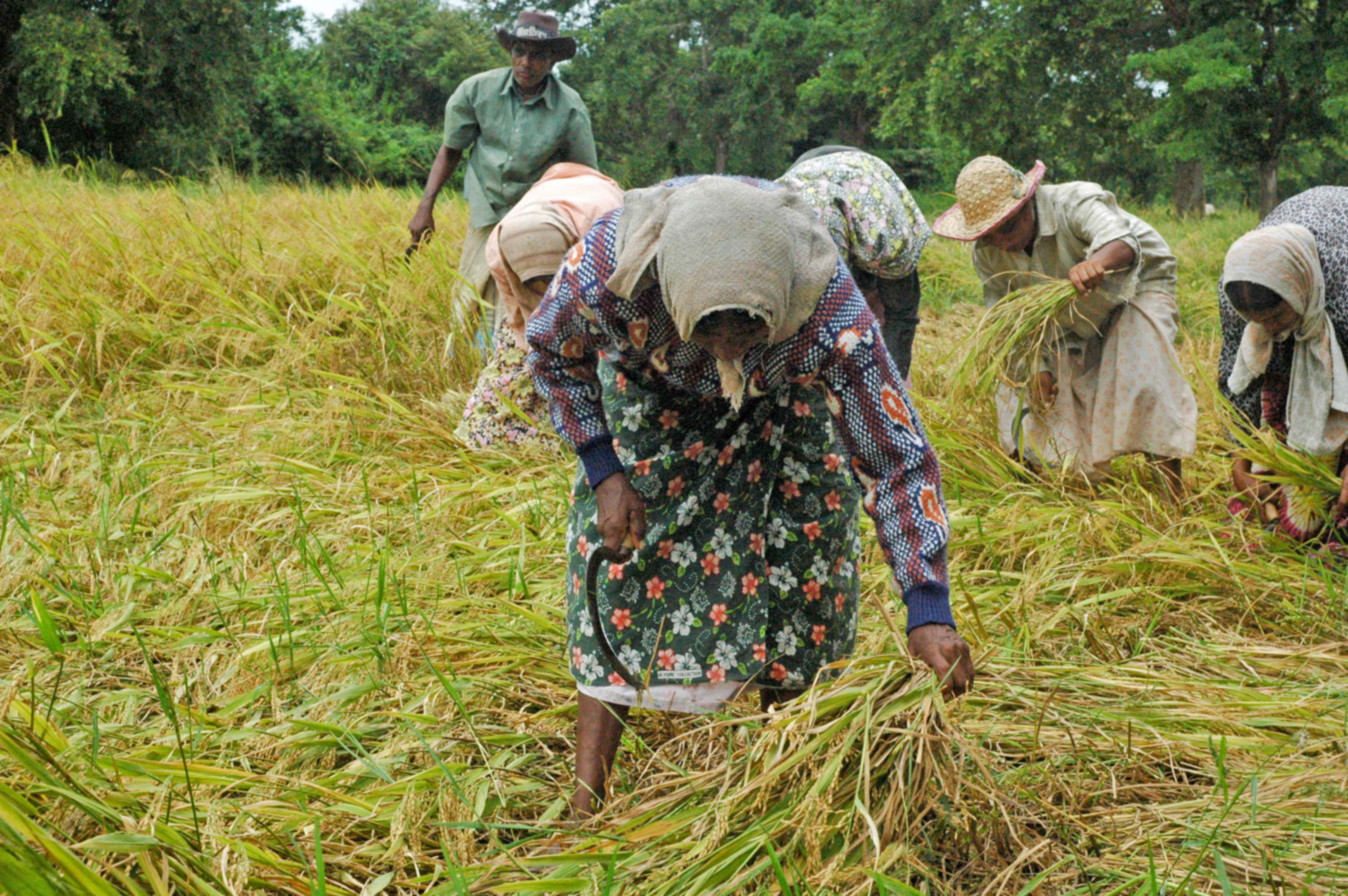 According to the 2012 study there is a clear trend of unsustainable water withdrawal, with total annual withdrawal from the study area (0.66 million cubic metres - MCM), exceeding the total average annual recharge (0.57 MCM).

“From the preliminary work that I have done in the rest of the Northern Province, the signs are that the entire province is over-using water,” Mikunthan said.

The proliferation of water pumps since the end of the war is contributing to this situation, say experts.

In 1983, when the conflict began, at least 50 percent of farmers in the province used deep wells and watered their crops manually, said Ravi Vinanithambi, an environment officer with the Emergency Northern Recovery Project under the Ministry of Economic Development.

“Now everyone uses pumps. Our studies show that in some instances as much 70 percent of the water drawn by pumps is wasted,” Vinanithambi said.

Thousands of water pumps have been distributed across the north by the government and aid agencies since late 2009 with the aim of kick-starting livelihoods.

Meanwhile, IWMI’s Manthrithilake is calling for available water resources to be better managed, noting the province received at least 75 percent of its traditional annual rainfall of 900mm every year.

“What we are lacking is a concerted effort to put water management at the top of the priorities,” he said, adding that projects like tank rehabilitation, irrigation systems, and agricultural development need to go hand in hand with water conservation.

“Right now, there is no awareness building that rain patterns are changing and that we need to take note,” Mikunthan said. We keep extracting water or using the irrigation systems as if water was in abundance. It’s not.”