The waiting area of a clinic in northern Malawi’s Nkhata Bay resembles a kindergarten, with dozens of children running around or tugging on their mothers’ skirts. On average, each woman at the clinic has four small children with her.

“I cannot control what God created me to do. As a woman, I am supposed to have children. My husband will also not allow me at all to go for [family planning] methods,” she told IRIN.

Her views are common in a country where women have an average of 5.8 children. This is only a slight decline from 40 years ago, when the average was 7.2 children per woman, according to a study by the African Institute for Development Policy and Population Action International. The study notes that Malawi’s population grew from 3 million in 1950 to 15 million in 2010, and is projected to reach 50 million by 2050. The authors warn that rapid population growth is increasing food insecurity, environmental degradation and poverty levels.

"I cannot control what God created me to do. As a woman, I am supposed to have children"

The high fertility rate also puts women at significant risk; Malawi has one of the highest maternal mortality rates in the world. On average, 800 Malawian women die every day from labour- or pregnancy-related problems, according to the Aspen Institute’s Global Leaders Council for Reproductive Health (GLC), which recently sent a delegation to the country to draw attention to the declining global funding for maternal health and family planning services.

Funding to developing countries for family planning, as a proportion of all overseas health development assistance, fell from 8.2 percent in 2000 to just 2.6 percent in 2009, according to GLC.

President Joyce Banda launched an initiative on Maternal Health and Safe Motherhood in 2012, which aims to achieve universal access to reproductive health services, but more donor funding is needed.

Despite these challenges, Malawi has made significant strides in expanding family planning services. A recent study by the US Agency for International Development (USAID) found that the percentage of Malawian women and their partners using contraception rose from 7 percent in 1992 to 42 percent in 2010.

The authors attributed the steep increase to the combined efforts of the government, NGOs and international donors, which, besides increasing access to family planning services, have also helped create a “culture of acceptance” at the community level.

Edna Chimeweme, a 23-year-old computer student from the city of Blantyre, comes from a large family. Her father is polygamous and she has 10 siblings, but Chimeweme is determined to do things differently.

“I use the pill currently. I also insist that my boyfriend uses condoms when we have sex to stop sexually transmitted infections and HIV,” she told IRIN. “After getting two children, I will go for a tubal ligation (female sterilization).”

The growing demand for family planning is not always matched by the availability of services, however, particularly in rural areas.

Harriet Juma, from Zomba District in southern Malawi, is using hormonal injections to control the size of her family 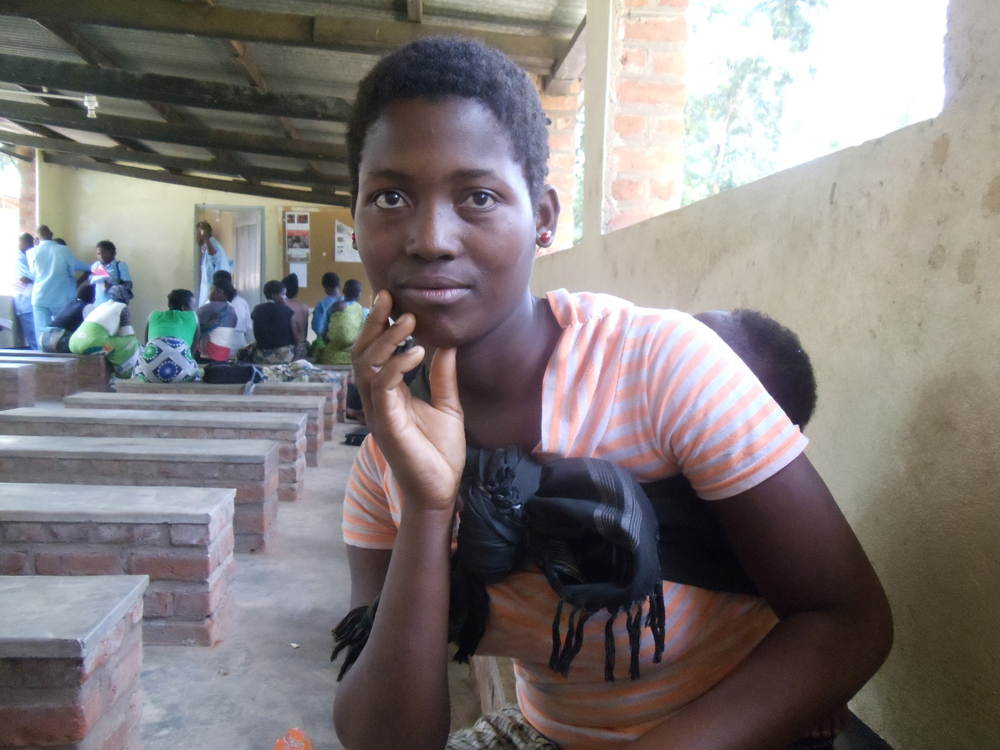 Martha Kwataine, director of the Malawi Health Equity Network, a local NGO, also cited poverty as an impediment. Many women who are economically dependent on their husbands are unable to make their own decisions, even those relating to their reproductive health, she said.

And where family planning services are available, the choice of methods is often limited. Most public-sector clinics only offer hormonal injections (Depo-Provera), condoms and contraceptive pills.

Data from the 2010 Malawi Demographic Health Survey showed that one-third of all tubal ligations were performed by BLM. However, tubal ligation was not available at most of the clinics and hospitals IRIN visited, with health personnel indicating that they lacked staff qualified to perform the procedure.

Several women IRIN interviewed said they would like permanent forms of contraception but are forced to opt for injections or the pill because they can only access government clinics.

Harriet Juma, from Zomba District, says the pill is inconvenient as it has to be taken every day. She ruled out condoms because they are controlled by men. Married with one child, Juma is using hormonal injections to control the size of her family.

Loveliness Kapyepye, also from Zomba, has three children and has been using injections since 1998.

“My dream is to bring up a family that I can take care of without over-burdening myself,” she said.