A scattering of utensils, a pile of clothes and a small bag of millet flour lay on the floor of Amne Abakar’s roofless cloth-and-sticks shelter in Toukra camp on the outskirts of Chad’s capital N’Djamena. The camp hosts more than 6,000 people who lost their homes to floods in 2012.

Abakar lived on the banks of one of the two rivers flowing through N’Djamena but her life was turned upside down when rising waters broke a dyke and engulfed her neighbourhood following heavy rains in August and October.

Though the water has since receded, thousands of Chadians remain homeless in the capital and in the countryside, where farms were flooded, crops ruined and pasture destroyed. Aid groups and the Chadian authorities provided immediate help but the search for long-term solutions remains difficult.

“I hope to return to my home before the next rainy season,” said Abakar, who lives with seven family members. The UN Children’s Fund (UNICEF) has provided a school, latrines, boreholes and tents in the camp. “If I can’t return to my former home, I’ll have no choice but to move further away from the city.”

Hundreds of tarpaulin tents stand in rows amid spartan shelters. Residents complain that the government gave them food and tents when they first arrived at the site in October, but have received nothing since then.

“The biggest problem is finding food. On some days we don’t have anything to eat,” said 22-year-old student Emmanuel Goualgue.

Goundoul Vikama, secretary-general of the Ministry of Territorial Administration who heads a committee set up to assist the flood victims, admitted that not enough has been done to help those affected by the floods, but that the committee was working on measures to prevent further disasters.

“We are working on preventive measures - a contingency plan to limit the impact of floods and disasters,” Vikama told IRIN, without giving details.

Jeremy Kara, the head of Toukra camp, said he had written to the government for more help, but “I don’t even contemplate that the Chadian authorities will respond.”

“We are asking ourselves when they will act. We received 1,417 bags of cereals to distribute to more than 2,000 households,” Kara said, adding that each household has an average of six people and some have up to 10.

The floods in August and September 2012 displaced some 70,000 people across Chad.

In the country’s Bongor area, in Mayo Kebbi East Region, southwestern Chad, one of the worst-hit by the floods, more than one third of cultivated fields were flooded, governor Jules Mbaigoto told IRIN. He voiced concern that certain areas had begun experiencing serious food shortages. Harvests in Mayo Kebbi East, Mayo Kebbi West and Eastern Logone regions are expected to be lower this year. 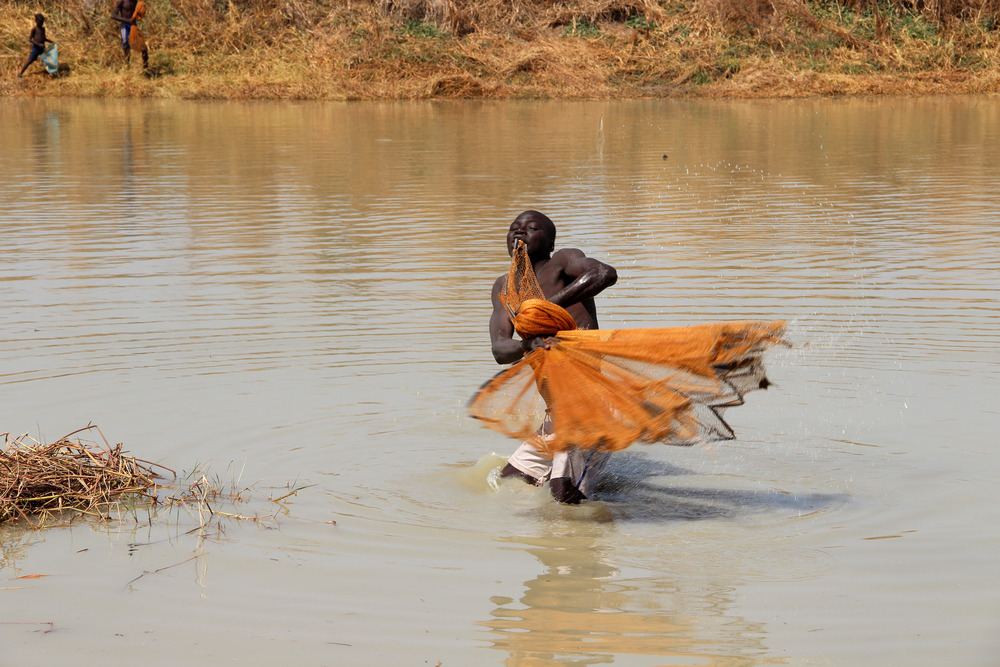 One of Bongor’s major rice farmers, Bouba Mal Abba, said he lost all his crops on nine of the 16 hectares he had cultivated. “Producers like me have nothing else to rely on until next season.”

“We now don’t have seeds or the means to cultivate,” said Abba, who has 17 children and three wives. “Instead of three meals a day, we eat two meals. There are those who only eat once. That’s how we survive.”

Long-term measures such as building a more robust dyke along the local river plain in Bongor, urging local residents to use stronger construction materials and relocating communities to less flood-prone areas are expensive and complicated, Mbaigoto said.

“These long-term solutions require a lot of resources. Locally here we cannot afford these measures,” said Mbaigoto, adding that despite contacting top government officials, “I have not received any answers.”

Communities living in flood-prone areas often relocate to safer zones and later return to their original land when the water subsides. However, relocating such communities permanently is difficult as they are attached to their homes despite the recurrent flooding, and there are risks of hostilities if they are resettled among other communities in the area, local officials said.

Outside Bongor town, a small community of displaced people living in shoulder-high shelters of mats and straw, or rougher ones made of twigs, said they would not move from the site, which is public land according to the local authorities, who expressed concern that even if the displaced were relocated, there could be problems with host communities.

“The authorities brought us here. They later told us to leave,” said 80-year-old Foula Soumala Enock, head of the makeshift camp for the displaced outside Bongor town. “The authorities said this is public land, but we are going to stay here even if they burn our houses.”

“It is a worrying problem. We are trying to find out how we can relocate them. Those who are willing will be relocated, but it’s difficult because the host communities may not be welcoming,” said Mbaigoto.

“Flooding occurs every year during the rainy season in Chad with varying magnitude. Flooding in 2012 had a disastrous impact on the population due to its scale and scope,” UNICEF representative Bruno Maes told IRIN.