The recent execution in Somalia of a soldier convicted of rape and the detention of a journalist investigating sexual assault have given the traditionally taboo issue of gender-based violence an usual degree of prominence.

Even the president has weighed in. Speaking from Washington, DC, where he met with US President Barack Obama on 17 January, Hassan Sheikh Mohamud said that his government would not intervene in the case of the journalist, despite pressure from numerous organizations, including Human Rights Watch, and senior UN officials.

Mohamud said that freedom of the press "does not mean that tainting the image of the government is acceptable by any standards".

After an article published in December 2012 accused several state security officers of rape, police questioned journalists and one alleged victim. Since then, as many as five people have been detained - all of them as a result of their complaints or investigations and none on suspicion of having perpetrated rape.

Mohamud told Voice of America that incidents of rape by men in in uniform were on the decline in Somalia and that the problem there would soon come to an end. Commenting on the previous day's executions of a 32-year-old soldier for rape and a 23-year-old policeman for murder - both of whom had pleaded guilty in a military court - the president said:

"The government's fight against bandits is reflected in the sentence passed by our courts, in which someone who committed a rape and another who committed murder were sentenced to death and executed. We cannot tolerate rape against a Somali woman as well as the murder of an innocent Somali person."

"Have we seen an improvement? No. Drastic measures, such as the execution of a soldier for sexual violence, are not the answer," said a senior aid official working on civilian protection in Somalia. The official described the humanitarian response to sexual and gender-based violence in Somalia as "a Band-Aid" to a growing problem.

According to anecdotal evidence from humanitarian workers in the country, reports of rape in Mogadishu are on the rise, but experts cannot confirm whether this means incidents of rape are increasing or whether people are simply getting better at reporting and recording it.

Women and girls living in settlements for internally displaced people are particularly vulnerable due to their poor housing conditions, poor lighting and limited access to safe sanitation areas. They are also vulnerable to sexual exploitation when attempting to access goods and services.

A commercial sex worker in Hargeisa, capital of the self-declared republic of Somaliland in the northwest of Somalia 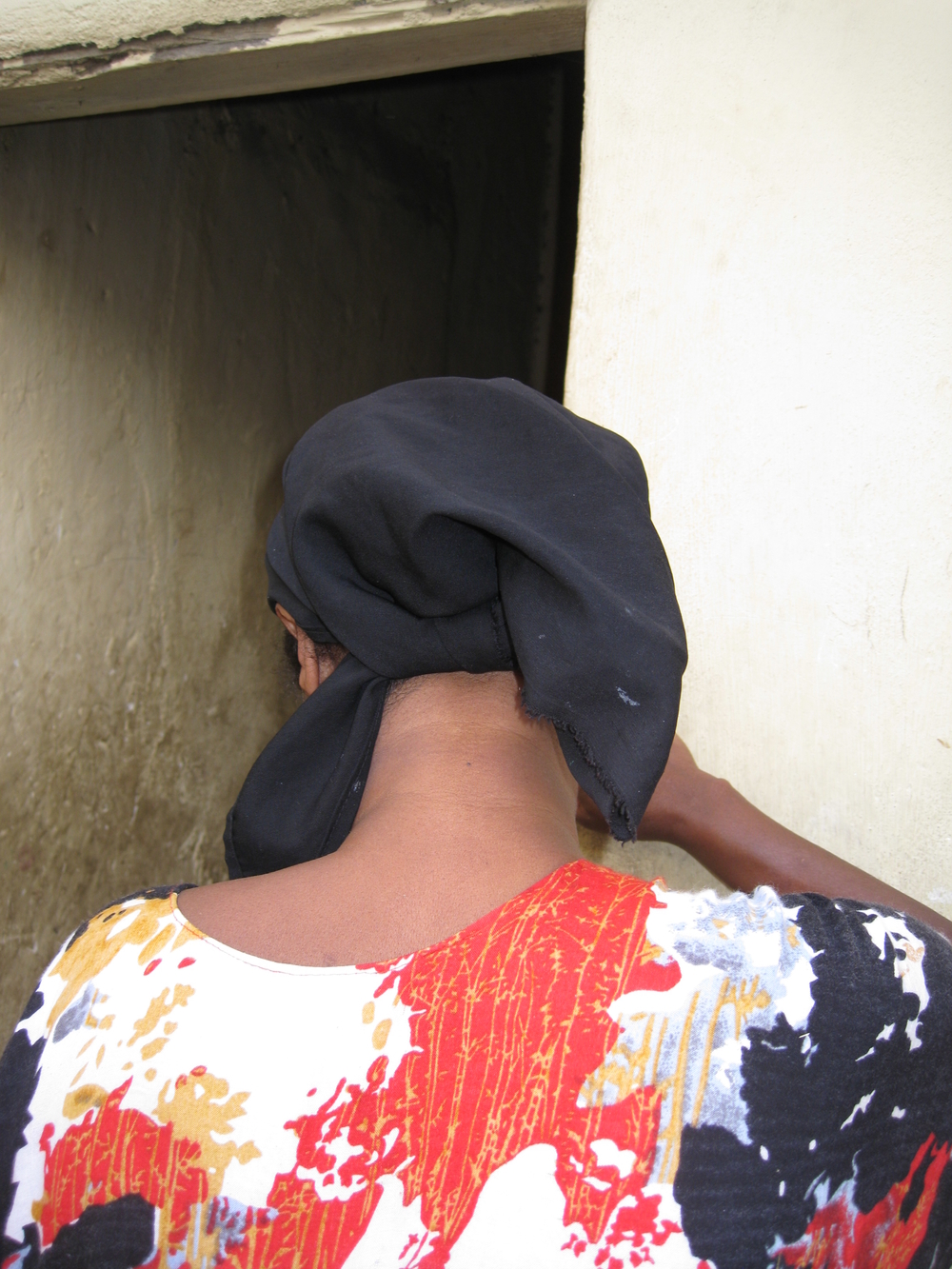 But the protection officer said the government is well-placed to tackle rape cases involving uniformed men. "If it is a stranger or family rape, that is difficult to address in any country. If it's a member of the military, it should be much easier. The fact that it is happening should be a wake-up call to the authorities. The humanitarian support and development network can provide response mechanisms, but for prevention, it has to come from the authorities."

"Every television and radio station has been talking about this all week. ‘Why is the government not doing more?’, people are asking. This is a very big case. The journalists are up in arms, and everyone feels that, in the future, women who are raped may well come forward," said Mohamed Ibrahim, secretary-general of the National Union of Somali Journalists.

"The Federal Government of Somalia's priority number one is the protection of citizens, especially the weak," Abukar Osman, permanent secretary in the Ministry of Interior and National Security, told IRIN via email. "We can assure you that our government will not tolerate violence against its citizens."

A gender-based violence expert at the UN, who preferred anonymity, agreed that the recent detentions raised longer-term concerns. "Coming forward as a survivor to seek services is a brave action that requires a lot of courage because of all the stigma and taboo involved. If survivors want to come forward, we should be able to provide them confidential and secure services. Empowerment of a survivor of sexual violence is key to enable her to overcome the trauma done to her," the UN expert said. "It is important that government institutions protect this pathway."

In a strongly worded statement on 15 January, Special Representative of the UN Secretary-General on Sexual Violence in Conflict Zainab Hawa Bangura said: "The approach taken by the Somali police does not serve the interest of justice, it only serves to criminalize victims and undermine freedom of expression for the press."

She stressed that attempts to intimidate journalists rather than investigate "history's greatest silence" diminish the credibility of government institutions.

The freedom of local journalists to report on sexual and gender-based violence is particularly important in Somalia, where international access is severely limited. "It is important that openness remains and that there is a possibility for media to monitor what is going on, on the ground, to strengthen accountability for all," Bangura said.

"An arrest like this will never deter me from writing stories about violations," said a Mogadishu-based journalist. "[Rape] is commonplace and has been constantly reported by the Somali media. Hundreds of cases can be found." The journalist believes it is largely armed men in uniform who commit these crimes.

Monitoring sexual violence is particularly difficult in areas recently taken over by the government and its allies. At least partly for this reason, observers are reluctant to comment on trends. The UN and NGOs are collaborating on stronger data analysis, and humanitarian actors are currently working to strengthen services for survivors of gender-based violence in areas including Gedo, Bai, Bakool, Shabelle, Dobley and Kismayo.

"There has been a strong focus on building up the health response in clinical management of rape," the UN gender-based violence expert said.

The UN Population Fund and other groups have been training health workers to provide these services. "However there are major challenges due to overall limited capacity in health services and limited support on the ground, which makes it hard to provide quality services," she said. "Agencies are working together now to improve this and coordinate distribution."