Most of the 4,000 Maiduguri residents in Borno state, northeastern Nigeria who fled last week’s violence to shelter in military and police barracks on the outskirts of town, have now returned home, according to the Nigerian Red Cross (NRC).

"Most of the IDPs [internally displaced people] have left the camps save for those whose homes were either burnt or looted after they had fled during the violence," Adamu Abubakar, head of the Nigerian Red Cross in neighbouring Bauchi state, told IRIN.

Up to 4,000 residents of Maiduguri fled violence that broke out on 27 July between Nigerian security forces and the Boko Haram radical Islamic group, killing 780 people, according to the International Committee of the Red Cross (ICRC).

Some 161 people still remain in military barracks on the outskirts of Maiduguri, as their homes were destroyed, burnt down or heavily looted during the violence, Ibrahim Aliyu, ICRC field officer in northern Nigeria told IRIN. "We are still looking after them and talking with the Borno state authorities to assist them in rebuilding their homes," he said.

Hundreds of corpses that filled Maiduguri’s streets several days ago have now been buried in three mass graves by the Borno state Environmental Planning and Protection Agency, said Muhammad Zanna Barma, with the Red Cross in Borno state.

Dozens of bodies were piled up in Maiduguri University Teaching Hospital on Sunday 2 August before they were transported in government trucks for mass burial, Rabiu Goni, who lives nearby the hospital, told IRIN. 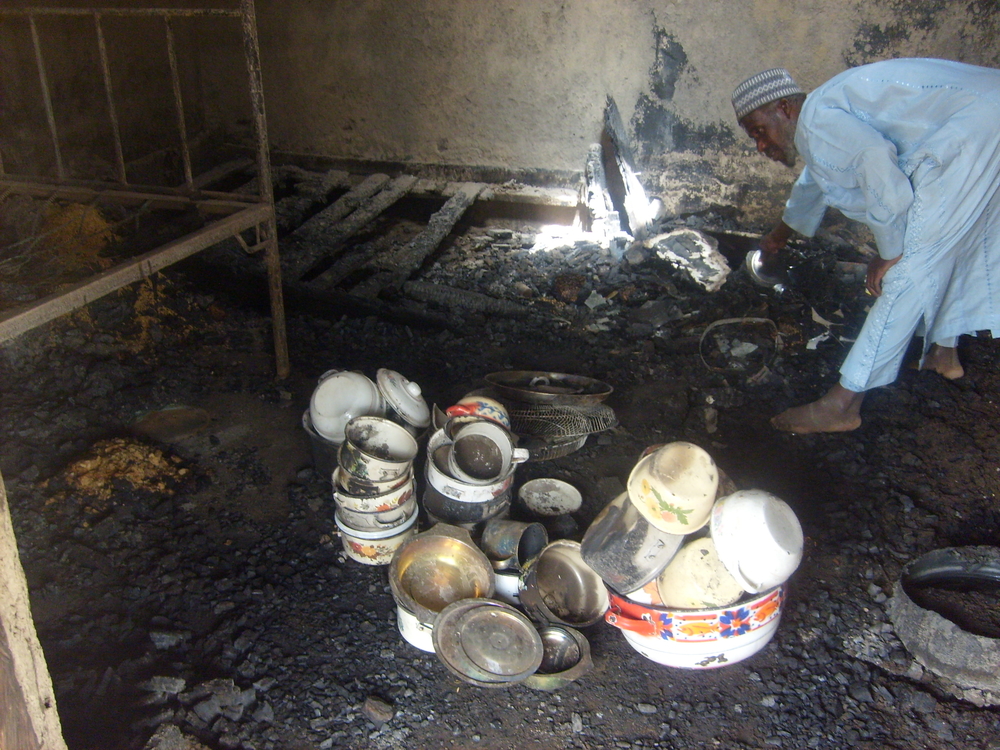 Markets, shops, banks and other businesses that remained closed during the violence have re-opened, selling food and basic items.

Residents are now trying to carry on with their lives. "I'm no longer the prisoner I was last week when I could neither leave my home nor get food to eat apart from bread and water. I'm happy I no longer live in fear of imminent death with machine gun and mortar shelling all around me," 28- year-old Hafsatu Maina told IRIN from Maiduguri.

But some displaced residents heading home from Maimalari barracks told IRIN they fear what they will find when they arrive. Bukar Mato, 48, who fled with his wife and five children, lived in Bayan Quarters neighbourhood where the most intense fighting took place.

“It was a miracle we came out unscathed. I don’t know what has happened to my home now. I shudder at the possibility that it has been destroyed. It took me all my life to build that house…It will be a real disaster if I have lost it,” he told IRIN.