In the aftermath of the xenophobic violence that erupted in South Africa in May, the "reintegration" of displaced people into their communities became a buzz phrase, but with few concrete ideas as to how that could be achieved. Paarl, a town in the Western Cape Province's winelands, may have figured out a way.

In the Western Cape, 5,600 of the 22,000 people run out of their homes by the violence are still living in local community halls or one of the province's five main camps for the displaced, according to Palesa Morudu, spokesperson at the provincial disaster management centre. Although no firm deadline has been set, she says the provincial government would like people out of the shelters by the end of July.

Paarl, 60km from Cape Town, South Africa's second city, is one of just a handful of stories of successful reintegration. Attacks against foreign nationals in the Drakenstein Municipality, in which Paarl is located, broke out on 23 May in the sprawling township of Mbekweni, almost two weeks after the initial violence began in townships in Johannesburg, South Africa's economic centre.

By the end of May, after a concentrated effort by local officials and community leaders, 430 foreign nationals that had fled their homes were peacefully returned to their communities. Just 20 people remain at a camp set up in the nearby town of Wellington, waiting for documents that will allow them to return to their native Zimbabwe.

Paarl had a number of factors in its favour: The events in Johannesburg had served as a warning to police in the area, and – like many other parts of the Western Cape – most of the people who fled Mbekweni were displaced by the fear of violence rather than actual attacks.

Many in Paarl also credit the swift work by the police and creative community-based solutions for keeping a lid on the crisis, which simmered on for two months in other parts of the Western Cape.

Just two days before violence broke out in Mbekweni - a mixed "coloured" and black community - a Paarl West Community Policing Forum held a meeting with officials from the Drakenstein Municipality to discuss plans, should the trouble in Johannesburg spread to their area.

If you were to ask me who gave us the breakthrough in terms of reintegration, I would say it's your ward counsellors, because they had to lay the foundation for any possible programme of reintegration.

The police identified potential "hotspots" where violence was most likely to erupt but, according to Tommy Matthee, executive director of community services in the municipality, no one thought it would actually happen.

Zimbabwean Wellington Meda, who works as a security guard in a shopping mall not far from Mbekweni, remembers the night of the attacks: "I was walking with my three friends and they saw a group of guys walking towards us. They told me to hide behind them because they said there was going to be trouble." He said the men grabbed him by the shirt, which he managed to slip out of before running to a nearby police car.

Months after Meda's attack, a large sign in the Mbekweni police station still instructs officers to report all xenophobic incidents to a specially established hotline. Both Meda and his co-worker, Clements Kabamba, originally from the Democratic Republic of Congo, say they could see that the police had made stemming the violence a priority, and their quick reaction was one of the reasons the two chose not to flee Mbekweni.

Within four hours of the first attacks on 23 May, those sheltering at police stations had been moved into tents set up in a park in nearby Wellington. By early the next morning, the displaced had electricity, blankets, a hot meal and an onsite health clinic. According to Matthee, providing immediate relief was easy compared with trying to figure out the next step: how to return 450 terrified people to their communities.

Discussions about reintegration started less than 48 hours after the attacks began. The occasion was a meeting in the aftermath of a march by 500 people through Mbekweni to protest the xenophobia. Mbekweni was not the only place in the area where attacks against foreign nationals had occurred, but municipal and community leaders decided to choose it as the test site for reconciliation.

With a great deal hinging on the reintegration project, the municipality made use of ward counsellors like Boniswa Sishuba, who represents Mbekweni's Chris Hani area, a mixture of informal shacks and houses that was one of the first places identified as a potential hotspot by police.

"If you were to ask me who gave us the breakthrough in terms of reintegration, I would say it's your ward counsellors, because they had to lay the foundation for any possible programme of reintegration," Matthee said. "They know the area, they know the people where these problems occurred, and they are in the best position to speak to the people who might have caused this problem."

Mbekweni township is situated on the outskirts of Paarl, one of the Western Cape's premier tourists attractions in the Cape wine country. Xenophobic attacks in the township in May 2008 displaced about 500 foreign refugees and migrants. 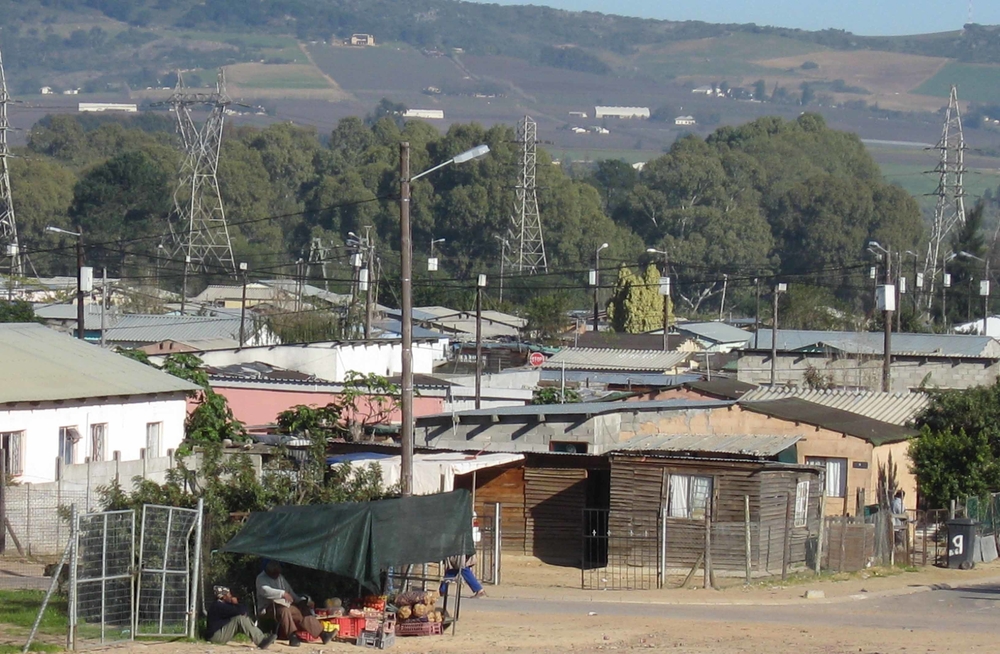 Laura Lopez Gonzalez/IRIN
Mbekweni township is situated on the outskirts of Paarl, one of the Western Cape's premier tourists attractions in the Cape wine country. Xenophobic attacks in the township in May 2008 displaced about 500 foreign refugees and migrants.

The foundation to reintegration

Ward counsellors were deployed to start speaking to their communities about the return of the displaced people. But what Sishuba heard in her formal meeting with the Chris Hani community was markedly different to what she, as a resident, had been hearing on the buses and minibus-taxis.

"[Those with xenophobic views] didn't come out in my ward," she said. "I had to prompt them, because in the buses and in the taxis they will say, '[foreigners] are taking our work [jobs]' or 'they are taking our girlfriends', [but at the meeting] I was the one who was saying, 'I want to know what the problem is; is it because there is no work? Is it girlfriends?' Then nobody wanted to say anything about that."

Sishuba said she did not see the violence coming. Although areas like hers were singled out by police, partially because of its poverty, she and others in the community felt xenophobia was an excuse to justify what was in fact criminal looting.

"At the meeting we talked about xenophobia but also, because people's possessions were stolen, we said, 'this is a crime'," she said. "If you don't want someone [in the area] you can just chase them [away], but why must you steal their things?"

Looking for answers to xenopobia's rise

No home away from home

While Matthee credits ward councillors like Sishuba for paving the way for reintegration, she says it was ultimately the community that made the situation work.

On the afternoon of 8 June, a little over two weeks after the foreigners were first displaced, the municipality bused those still sheltering at the Wellington camp to an interfaith service at Mbekweni's rugby stadium – an idea that beat other suggestions, such as an integrated football match, as the mechanism for physical reintegration.

Although there are people, like Hester Veldsman, who runs the faith-based organisation, Miqlat, who believe there is some truth to rumours that foreigners are taking government-issued houses ahead of South Africans, most of the foreign nationals reintegrated into Mbekweni that day were not dropped at the doorsteps of their former houses, but at the doorsteps of their South African landlords. That made the difference, said Shishuba.

"What was helpful is that the people the foreigners were staying with came out to support them. Of course, they are making money off them, but those were the people [landlords] who attended the marches," she said.

Sikhumbuzo Mgajo, a municipality representative, says whether xenophobia will hit Paarl again is anyone's guess but there are some lessons he has learned.

"There is no guarantee - no one knows what will happen ... These criminals might not come back, [but] this question of xenophobia, it needs to have a thorough plan [to counter it]."