For many Hondurans already suffering widespread poverty, government corruption, and one of the highest rates of violence in the world outside a warzone, back-to-back hurricanes in November, which razed paths of destruction and displaced hundreds of thousands from their homes, were the final straw.

Hundreds began trickling out of the northern city of San Pedro Sula on foot on 9 December – the first US-bound caravan since early October, and potentially the start of a new wave of Central American migrants that would test Joe Biden’s commitment to moving on from the anti-migration policies of the Trump era.

Read more → What’s at stake in the US election for refugees and asylum?

Angel Gómez, a 22-year-old father of four from Choloma, to the north of San Pedro Sula, said his family had been struggling to make ends meet even before the storms hit.

“I live in an area close to a river,” he said. “So when the hurricanes came, the water rose and took my house, took all my stuff. It tore off the roof of my house.”

On the chilly evening of 9 December, Gómez, who left his wife and kids behind, was one of the 500 to 600 Hondurans congregated at the San Pedro Sula bus station as the caravan prepared to head north for Agua Caliente on the Guatemalan border – a first main stop, they hoped, en route to the United States. Many of them were women and children. 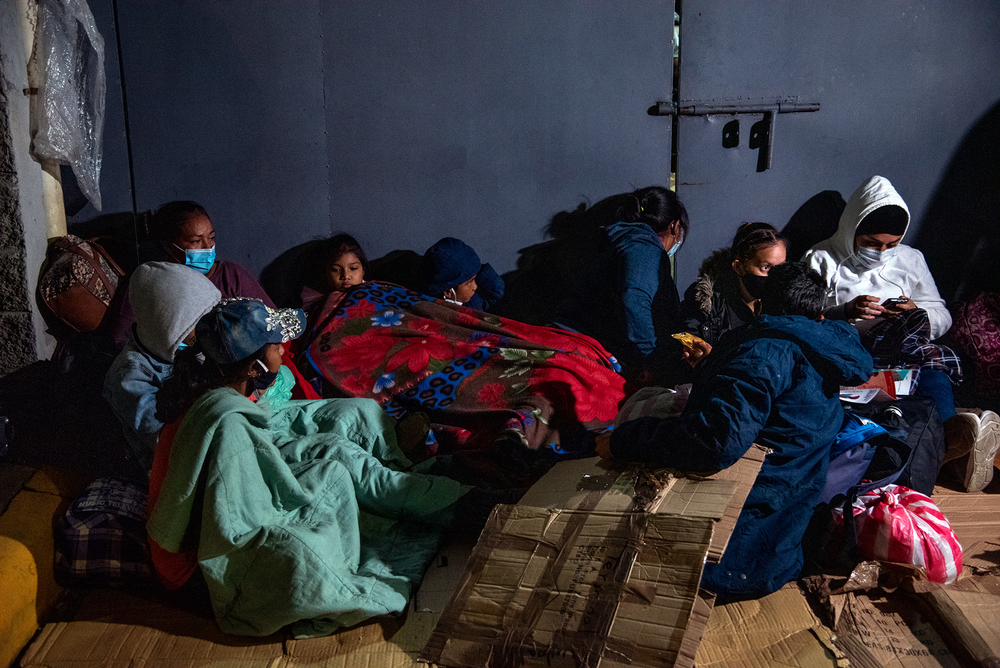 Seth Berry/TNH
A family of Hondurans huddles together to keep warm in San Pedro Sula as they wait for the caravan to start.

Gómez, like several other migrants The New Humanitarian interviewed, said one of the main reasons he joined the caravan was the absence of Honduran government assistance following the hurricanes. “Still no help,” he said. “You don’t see the aid.”

In a 4 December interview with the Washington Post, while in the US capital to appeal for post-storm assistance from the World Bank and other multilateral institutions, Hernández warned that “in the absence of a coordinated international response, migration from Honduras to the United States could surge.”

Not just the climate

Two catastrophic Category 4 hurricanes, Eta and Iota, hit last month in quick succession, compounding a longer-term climate crisis in the region, where perennial drought in the so-called “Dry Corridor” has been driving migration for years.

Some 3.5 million people throughout the region already faced food insecurity, led both by El Niño-induced droughts and poor environmental practices and oversight. US-funded famine monitor FEWS NET has warned that those needs are only going to grow through mid-2021. “The storms also caused extensive damage to crops and farmland, livestock and fishing assets, and infrastructure, which will result in the reduction of critical food and income sources in both the short and medium term,” it said. 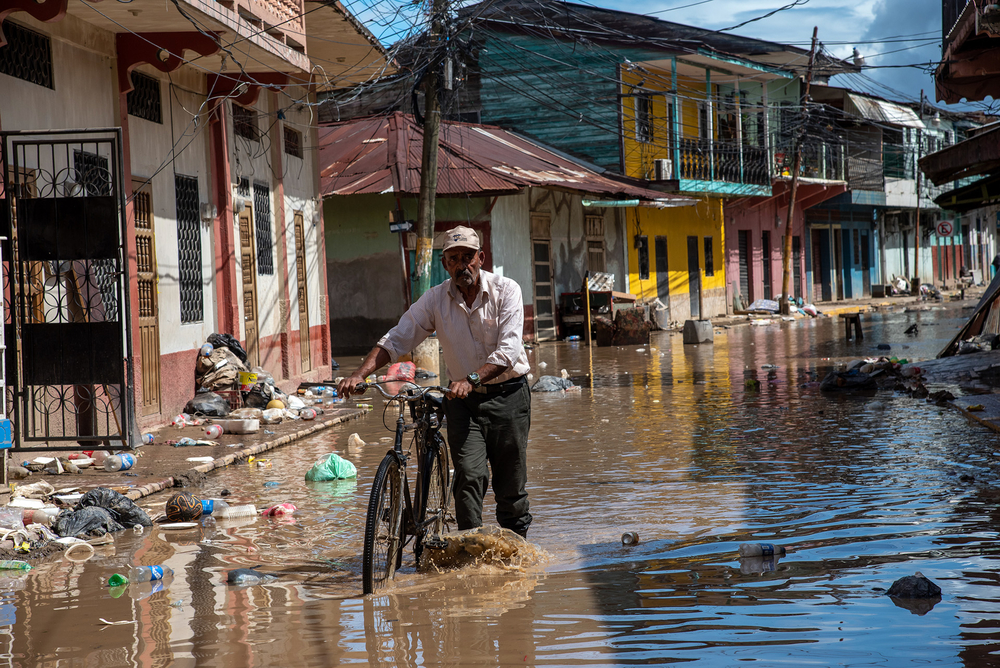 But these aren’t the only things forcing people to flee Honduras, where structural problems run deep. The country forms part of the “Northern Triangle'' with Guatemala and El Salvador – a region ripe with gang and state violence, poverty, and malnutrition. InSightCrime, an investigative journalism non-profit, showed Honduras, a country of 9.5 million, had a rate of 41.2 homicides per 100,000 residents in 2019, a seven percent rise on the year before.

On top of these existing fragilities, the hurricanes had a devastating impact, claiming 235 lives and affecting more than six million people in the region. Almost 600,000 people were displaced, while entire communities were cut off for weeks with little to no outside assistance.

“Ever since Hurricanes Eta and Iota arrived, no form of aid has gotten to us,” said José Antonio Munguía from the Sula Valley, a 45-year-old leaving the San Pedro Sula bus station with his son, son-in-law, and daughter. “Now, we feel obliged to go north, because the poverty here is already so bad that there is no way we can survive. We already lived poorly. The harvests were just coming in when the hurricanes came and destroyed everything.”

The situation in Honduras, he said, is worse than it has ever been: “There isn’t a government that’s in favour of poor people in this country right now.” 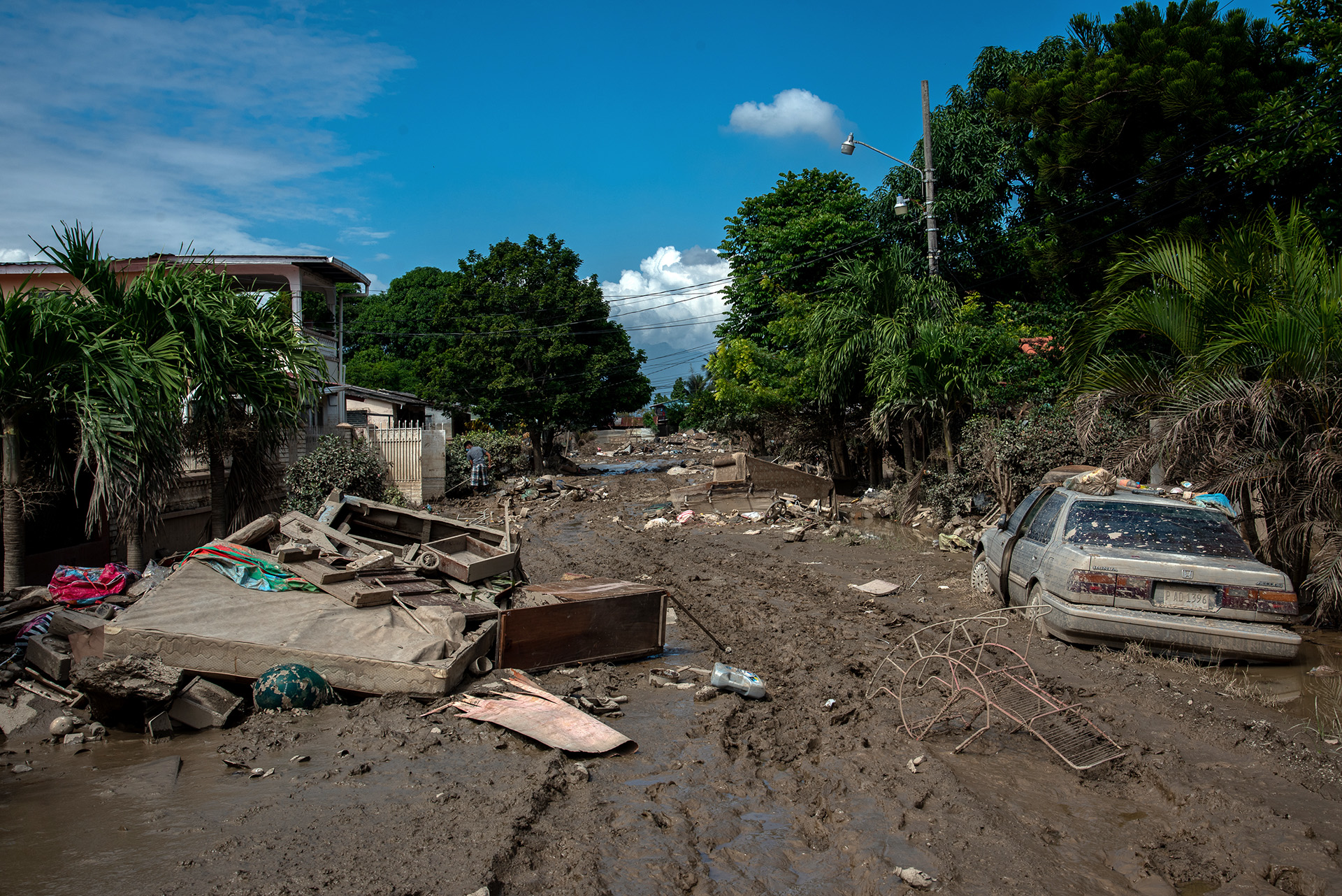 In addition to coming under fire for the slow storm response, President Hernández and leading figures in the ruling conservative National Party have faced mounting accusations of corruption and complicity in drug trafficking.

When the COVID-19 pandemic started, the Hernández administration was accused of manipulating the distribution of food aid to shore up its political base. Eyebrows were also raised when it insisted all international aid be funnelled through COPECO – the government's disaster management agency, which has been charged with both the pandemic and hurricane response but which has also been linked to multiple corruption cases.

“The conditions driving migration before the two hurricanes hit were already awful, and people were struggling with the economic insecurity of the pandemic,” Karen Spring, a Canadian activist and coordinator for the Honduras Solidarity Network, told TNH. “On top of that, people are stuck with an illegitimate government.”

The Central American “caravans” were formed in the late-2010s as a strategy for northbound immigrants to survive the dangerous journey through Mexico, using strength in numbers to counter the risk of kidnappings and massacres by armed criminal groups, for which the route to the United States had become notorious.

The past two years have seen caravans – which travel partly by bus and partly on foot – frequently stopped by police at both the Guatemalan-Honduran border and the Guatemalan-Mexican border.

“The Honduran officials already don’t want the caravan to make it to the [Guatemalan] border,” Bartolo Fuentes, a former opposition LIBRE party congressman and migrant activist, told TNH. “They’ve already set up police and military checkpoints along the route to stop them.” 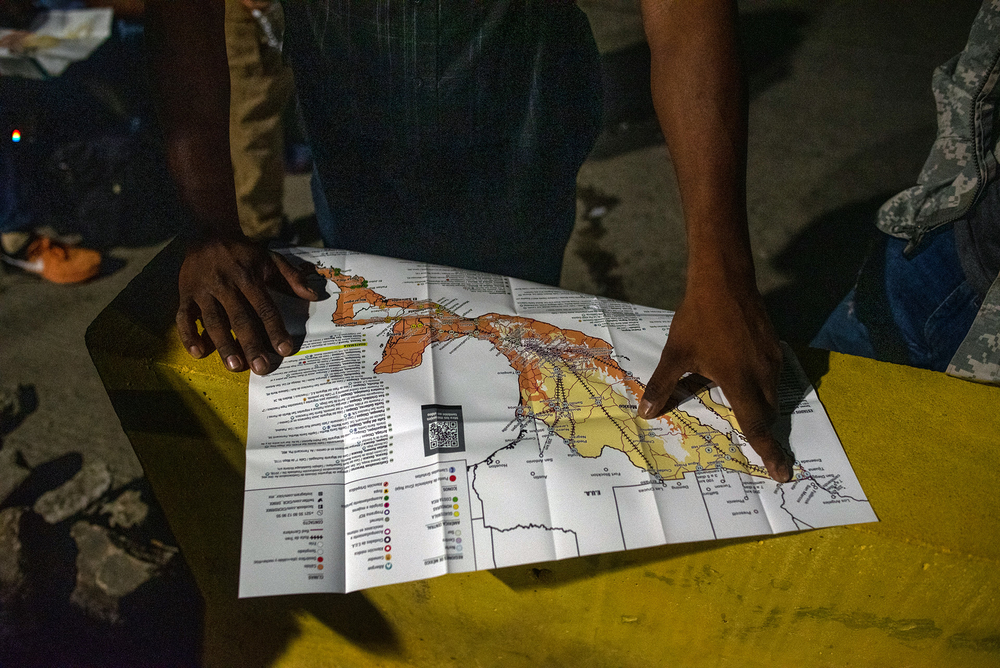 Seth Berry/TNH
A Honduran migrant points to Tijuana, Mexico on a map – where he hopes to cross the border into the United States.

Media reports confirmed that the Honduran authorities had already begun attempting to stop the caravan as it left San Pedro Sula, setting up checkpoints and trying to dissuade people from continuing to Guatemala, where the government is insisting the Hondurans have passports and negative COVID-19 tests before entry.

Even if this group does reach Guatemala and travel on into Mexico, tens of thousands of Central American migrants remain stranded at the US border, where asylum claims have effectively been halted due to COVID-19 and US President Donald Trump’s anti-migration policies.

But the desperation driving many migrants to leave can seem overwhelming. For Eric Gómez, a 25-year-old from northern Colón department, joining the caravan with his sister, wife, and their babies was the only choice he felt they had after the hurricanes.

“There’s nothing for us, no way to work, to make a living,” he said, waiting in the bus station, his infant bawling hysterically behind him. “We’re destroyed here.”