This article is part of our in-depth coverage. Read more like this...
DONGGALA/Indonesia

The first humanitarian aid to reach Labuana village along the disaster-hit coast of Indonesia’s Central Sulawesi province didn’t come from the government, the Red Cross, or a big international NGO. It came from a 36-year-old volunteer shuttling donated supplies in a borrowed canoe.

Norma Tandjokara and a team of friends heaved boxes of rice, diapers, and clothing onto the sand in front of the battered village. “Whoever asks, gets!” she announced.

It was mid-October – about 10 days after a series of powerful earthquakes knocked down homes, liquefied the ground under entire neighbourhoods in the provincial capital, Palu, and sent towering tsunami waves crashing against the length of Central Sulawesi’s western coastline.

Hamza, a Labuana fisherman whose boat was destroyed in the disaster, eyed the boxes piled up on the sand, grateful but dismayed to find only a small bag of rice among the supplies – not nearly enough to feed his village of 500.

“We’ve been eating bananas for a week,” he said. “We need rice.”

Norma, a civil servant in Palu, is one of the thousands of volunteers who have become the unheralded backbone of the response and recovery efforts in Central Sulawesi. “I’m following my conscience,” she said. “I feel a moral duty.”

Ad hoc groups were the first to reach many of the remote villages like Labuana.

“The local government is very slow, so we were very lucky that there were a lot of volunteers,” said Chalid Muhammad, an environmentalist who mobilised his connections to create a start-up organisation called Sulteng Bergerak, made up of nearly 200 volunteers. “In the early days you had to be fast, and only the volunteers were fast.” 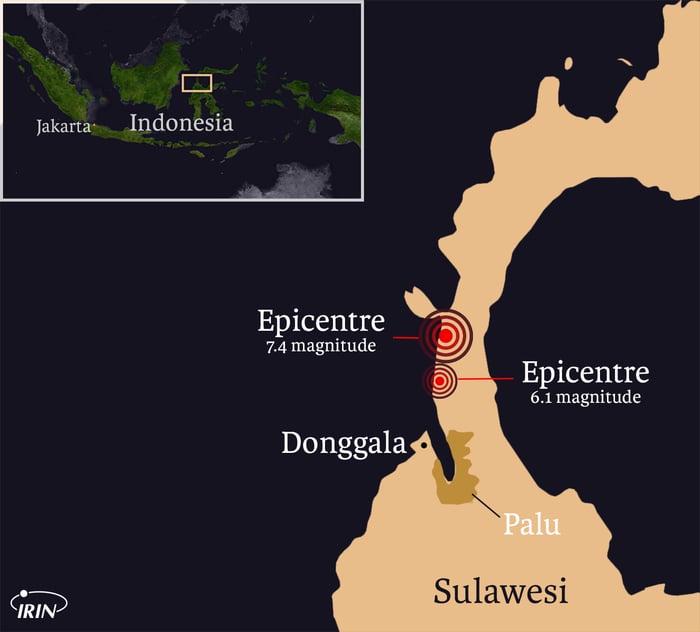 But without proper training in humanitarian work or formal integration into the official government-led response, some of these ad hoc volunteers have struggled to navigate the aid system or secure the right supplies, especially early on. And veteran aid workers say that while volunteer efforts are essential in any disaster, more must be done to ensure the outpouring of goodwill contributes, rather than detracts, from an emergency response.

More than a month after the 28 September earthquakes and tsunami, which claimed at least 2,100 lives (1,300 people are still missing), volunteers in Central Sulawesi still see themselves as a crucial part of a response that is not reaching all who need help with consistent aid.

Groups like the Red Cross have opened temporary tent camps. The UN estimates there are some 211,000 people displaced across more than 900 makeshift sites and in damaged villages. Electricity and running water have mostly returned across Palu, but some rural areas in Donggala and Sigi, south of Palu, continue to depend on fresh water from rivers or deliveries of bottled water. 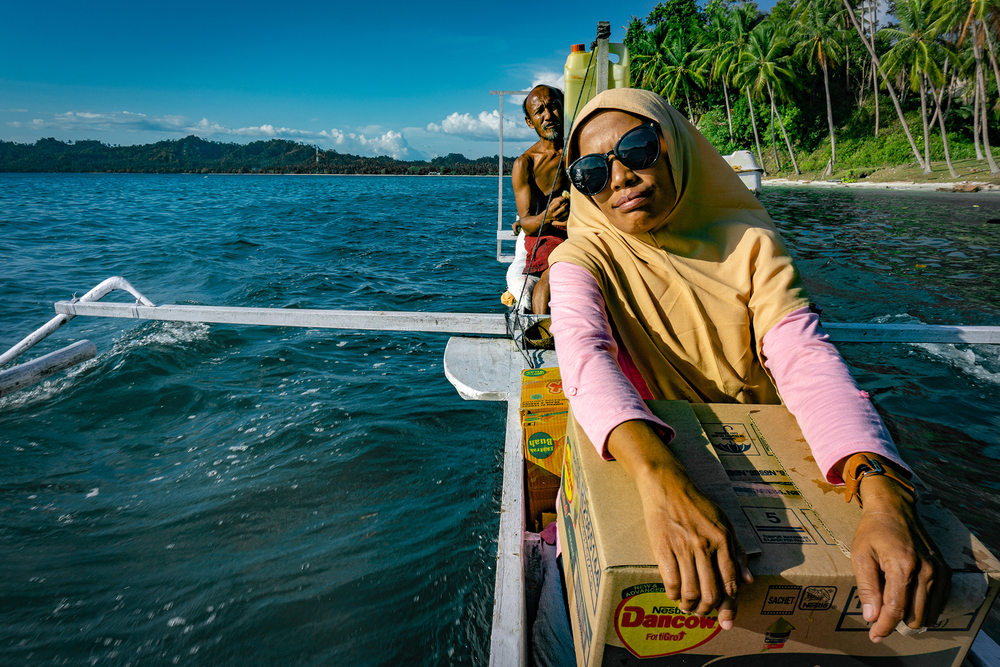 According to official tallies, there are some 14,000 civilian volunteers, military, and police personnel involved in the Sulawesi response. This includes hundreds of civilian volunteers working on behalf of local and international humanitarian groups as part of the formal government-led response – the Indonesian Red Cross, for example, says it has deployed more than 800 volunteers from around the province and the country.

But there are also thousands of independent volunteers who have rushed in to help. The Palu branch of Indonesia’s Ministry of Social Affairs has registered about 4,400 independent volunteers as of late October. Some are people like Norma, who saw a need to help her community but had never before done humanitarian work. Other volunteers like Chalid bring years of experience from their work in Indonesia’s civil society sector.

These volunteers say they are filling in the gaps where official aid efforts have fallen short. The earthquakes and tsunami blocked major roads and damaged key infrastructure like Palu’s air and sea ports, and outside aid was slow to arrive. Amid fuel shortages, electricity blackouts, and local government bureaucracy, volunteer groups got moving with what they had.

When the earthquakes hit, Lian Gogali, a women’s rights activist based in the nearby city of Poso, started raising funds on social media, and made plans to send small teams of volunteers to the damaged areas.

“We decided the next morning at 6 am to send a motorbike to Palu with two people with the instant noodles we had,” Gogali said. “It was just one backpack.”

But within two weeks, Gogali and her group of volunteers had set up 148 public kitchens in remote areas that had gone days without any help; 30 of these kitchens are still running. 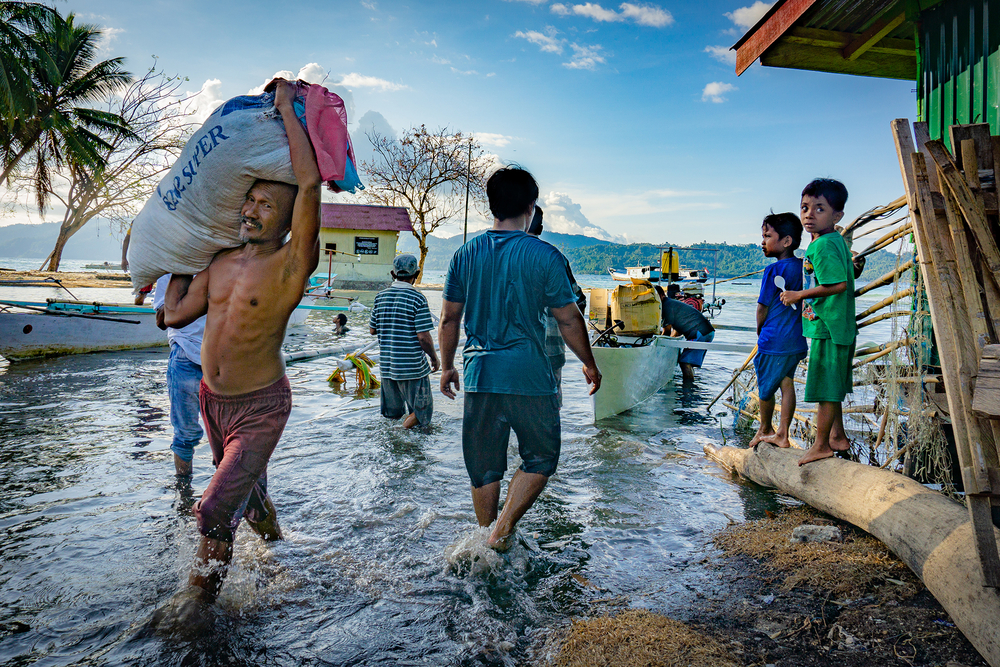 Amin Panto, a sports coach in Palu, said he and a team of data collectors visited the worst-hit areas to learn about injuries and destroyed homes on the first day after the quake. Within a week, they had set up an aid distribution centre in Palu with almost 100 volunteers. The volunteers sort through piles of relief items that have been sent in by the truckload from across the country, and target the aid to lower-income communities, women, and children.

“The community here still needs so much, and for some reason the government was not there to help, and still has not been very present,” Amin said. “There are still so many people from outside who are sending things, so we are also here to make sure the aid keeps flowing.”

Others have been enlisted by local government bodies, which are meant to be intricately involved in disaster response, but were crippled after the earthquakes and tsunami.

Asmia Karim, the manager of a Palu chocolate shop run by the the Ministry of Industry, said the government told her to prepare the shop to receive aid shipments two weeks after the disaster. The trucks arrived, but Asmia worried that bureaucracy, which sees the aid trickle down through multiple layers of government before it’s distributed, would prevent the supplies from actually reaching their destination.

“I begged them for one truck,” the 44-year-old mother said. “I wanted to make sure it was distributed well. Everyone is efficient, but when we have to go through the government, we have to have so many documents that it slows the process down.”

In late October, residents of Palu protested outside the city court demanding the resignation of the city’s mayor, who took so long to make a public appearance that some here assumed he was a victim of the earthquake. 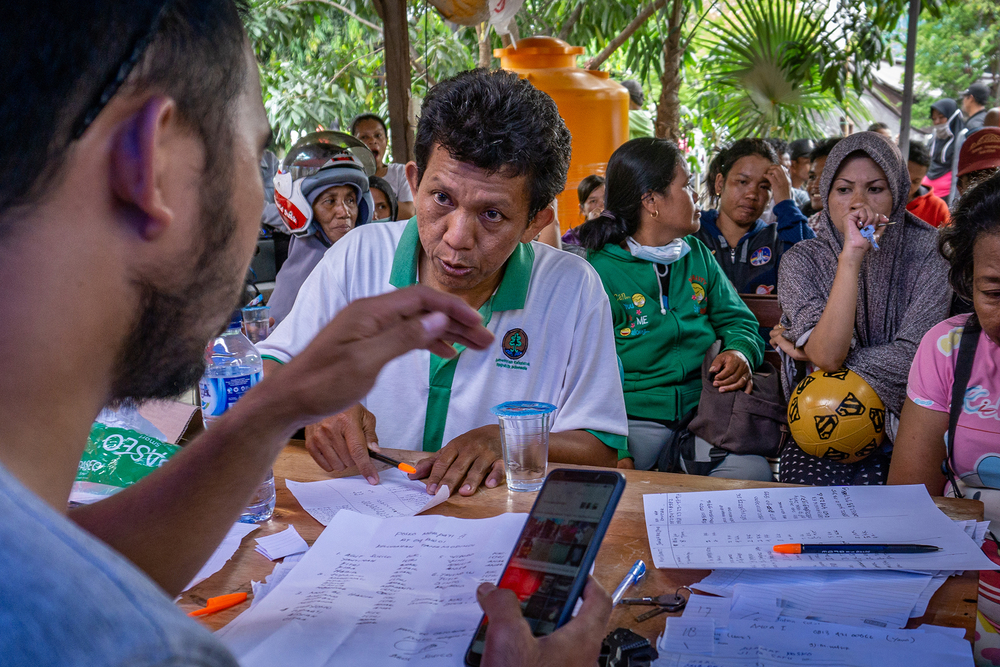 Ian Morse/IRIN
Survivors of the earthquake queue to register to receive aid from Sulteng Bergerak.

In an interview with IRIN, the mayor, Hidayat, defended the local government response.

The spontaneous nature of these independent volunteers means some of their efforts have been haphazard, especially in the early days of the crisis.

Volunteers with Sulteng Bergerak made the first aid trips into Donggala District, north of Palu,  six days after the earthquake. At the time, Indonesian authorities said the remote area was inaccessible due to landslides, but the Sulteng Bergerak volunteers managed to navigate the route in three hours with a car packed with bottles of drinking water. 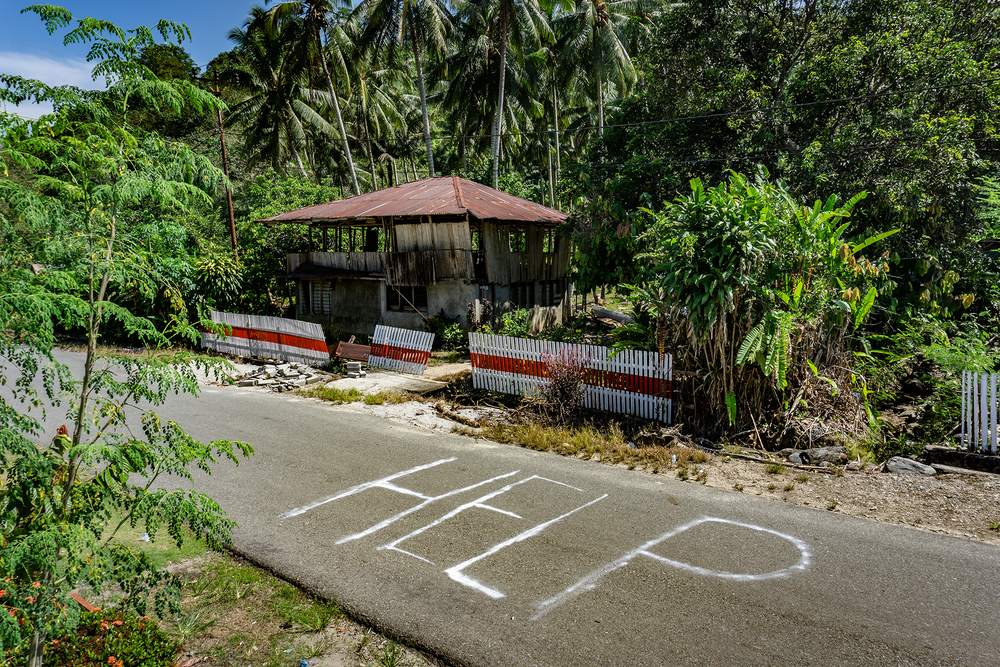 Ian Morse/IRIN
Residents of this village painted “HELP” on several roads to get the attention of helicopters flying overhead. They complained official government aid was slow to arrive.

When the group arrived, they found villages without power and angry residents without aid. But their assessment was off: people there needed food, not water, which they could gather from nearby rivers.

“The local volunteers immediately got moving, but it was spontaneous and disorganised,” Chalid said.

Humanitarian Forum Indonesia, a consortium of local NGOs, has about 700 people on the ground, including staff and volunteers. Dear Sinandang, a spokeswoman for the organisation, says volunteer efforts have been essential, especially in the early days when the local government in Palu had “collapsed”.

But while the urge to help is understandable, she said that injecting hundreds of untrained volunteers into an emergency can also be counterproductive if they don’t have useful skills.

“If somebody goes to the field without having any capacity at all, then it would create a second disaster,” Dear said. “We would have to help feed the volunteers rather than feed the affected community.”

She said volunteers must coordinate with the broader aid system, and be trained on how to protect and work with trauma-affected people: basic principles like not taking and sharing photos of naked children, for example, but also more nuanced aspects like not raising false hopes of a quick rebuild among families who have lost their homes.

“That’s not really well understood among some volunteers,” Dear said. “They just do what they need to do.”

Sulteng Bergerak is still delivering aid to people in Donggala’s remote villages who tell volunteers they aren’t getting enough help.

“The government isn’t going to where people evacuated in tents,” said Aris Bira, who leads the group’s response efforts. “All the residents here depend on us. They come to us as if we were the government, because they aren’t playing that role.”

Muhammad Ichsan, a farmer in Sigi, said official government supplies haven’t been enough in his village: larger families are receiving the same one-kilo ration of rice as smaller families.

“We think the volunteers help us more because they don’t go through a long government procedure,” Muhammad said. “They go straight to the residents themselves.”