Daar* was scared to tell anyone he was gay, let alone the foreign officials who held his future in their hands.

So when the 28-year-old Syrian from Damascus had his first interview for European asylum on the Aegean island of Lesvos, he kept mum, even though revealing his identity would have helped him start a new life away from the island’s squalid camps.

“I was afraid,” he told IRIN. “I didn’t know how to say that [I am gay], and didn’t want to talk about that with the official interpreter who was present during the interview. He is from the Arab community and I didn’t know how he would react.”

In his second interview, Daar decided to tell the asylum office he was gay, helping him gain asylum in a European country and leave the island.

What Daar may not have known at first is that under EU law, people who have been persecuted or face persecution in their home countries due to their sexual orientation and gender identity qualify for refugee status and potentially asylum.

But a weeks-long IRIN investigation has found that EU governments are often failing to even identify gay, bisexual, and transgender asylum seekers, much less afford them special protections that, as a vulnerable group, many desperately need.

Joey*, a volunteer from the UK who came to Greece to help LGBTQI individuals through their immigration and asylum procedures, understands why many people share Daar’s original instinct to hold back.

The onus is on asylum seekers to raise issues of sexuality and gender in the interviews that are a required part of the asylum process, and only then can officials ask questions on the topic. In some countries, like Finland, France, or Sweden, questions around sexual orientation aren’t allowed at all as they’re considered a personal intrusion.

“Why would you, if you come from a country where you can’t really be open about who you are, why would you go to an official, policeman, or representative of the asylum service and say, ‘and by the way, I am lesbian or transgender’, or anything?” questioned Joey.

Katherine Reilly, an activist for LGBTQI rights who has advised asylum seekers on the interview process, agrees: “You have to carry on your shoulders two stigmas at the same time, and I understand why many people are not ready to deal with it,” she told IRIN.

Some people cross the hurdle of telling officials they are gay or transgender and claim asylum because of it, only to find their applications have been rejected. Last year Eliana, a trans woman from Lebanon, was rejected in Germany on the grounds that she crossed from Turkey to Greece as a man and therefore couldn’t be considered trans.

In 2014, the European Court of Justice concluded that asylum seekers couldn’t be asked to present proof of their sexual orientation “in a way that violates their privacy and dignity”.

But some asylum offices, in Hungary for example, still ask for proof that is humiliating and/or impossible to provide.

Only a handful of EU member states have specific guidelines for interviewing LGBTQI individuals. A UNHCR survey revealed that only one in five asylum offices have formal or informal procedures dedicated to handling these issues.

A number of grassroots groups and NGOs in Greece and across Europe are trying to find ways to help, not just by encouraging people to come out during the asylum interview, but also by demanding that interviewers ask the right questions and address the situation appropriately.

IRIN met Abtin*, a 17-year-old from Iran who has set up a campaign group in Greece that aims to reach Iranians before they leave home to encourage them to talk about their sexuality on arrival in Europe.

That’s all well and good for those who are certain about their sexual orientation, but it doesn’t help M*, a 23-year-old from Iran, who is still questioning if he might be bisexual.

“When I was 14, I started thinking about a possible relationship but could not define am I interested in boys or girls. At some moment, I understood that I do not mind both, but maybe prefer a little bit boys. But, I never ever had anybody to talk about it [with],” he said.

M said he was a member of the special Iranian police force tasked with seeking out those not respecting the draconian rules imposed by the Islamic republic’s religious leaders. “We were looking for people at the parties, people who drink, or boys and girls who get together… different things. If we found somebody, and many of them were kids of the same age as me, we had to take them to the police station.”

M recalled how strict the rules were about sexuality: “It is considered as sickness in Iran, and if somebody finds out you are gay or lesbian, or anything that is not by their rules, you could end up in prison or even killed.”

During his interviews in Greece, M didn’t mention his sexuality and claimed asylum as a political activist. Even today, he finds it hard to accept his bisexuality and is yet to have a same-sex relationship.

In Athens, where he lives now, he is trying to find a way to come out: “I speak with a psychologist about all that and they are helping me to understand.”

M strongly believes this is another reason many refugees and asylum seekers from countries where they can’t explore their sexuality don’t talk about it during asylum interviews: They are still coming to terms with it themselves. 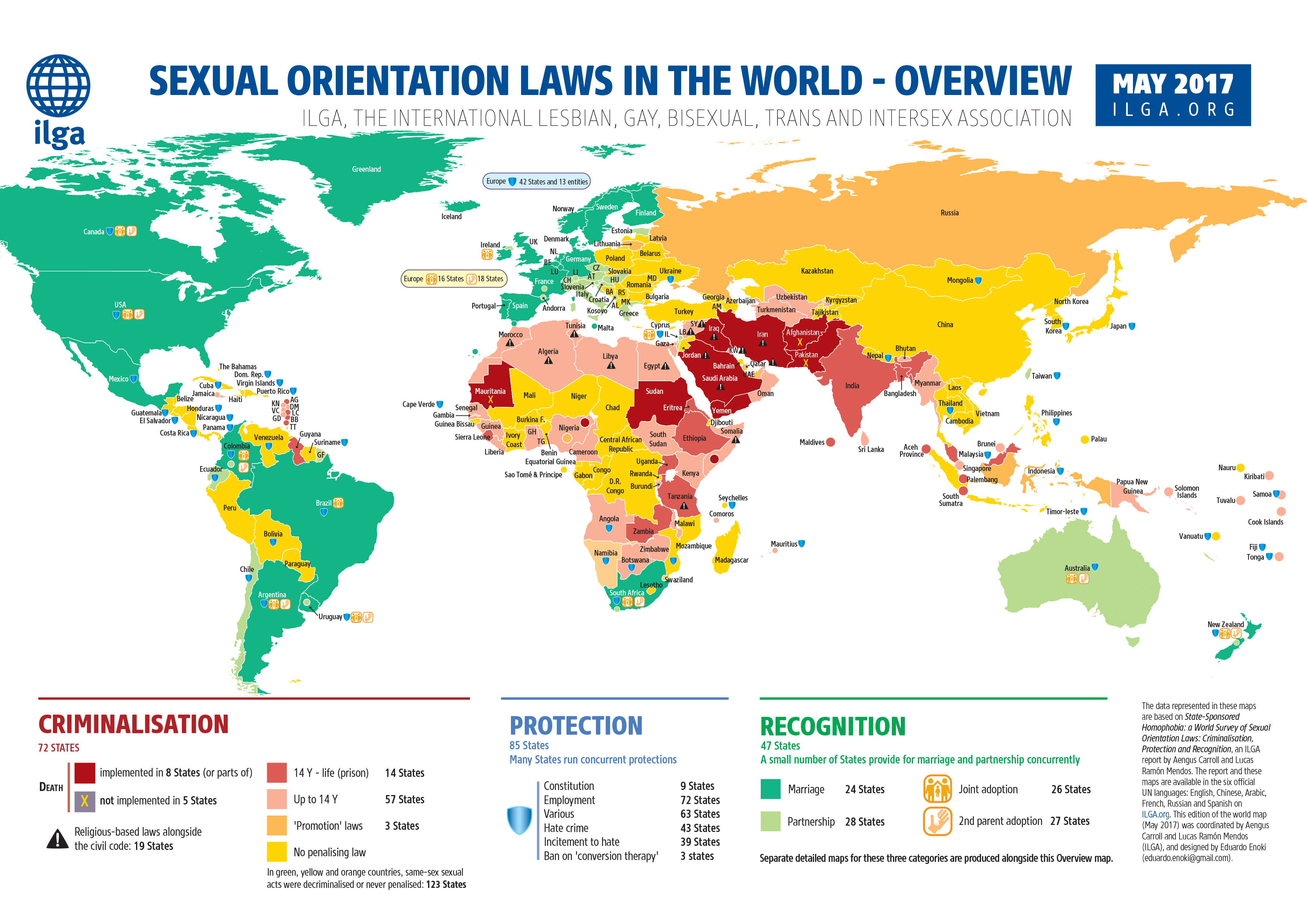 While waiting for the application process to take its course, LBGTQI asylum seekers face a more urgent challenge: finding a safe place to sleep.

EU member states are supposed to take into consideration the vulnerability of migrants and asylum seekers applying for housing.

But the LGBTQI community isn’t explicitly mentioned in official guidelines, and rights advocates say it should be.

Several LGBTQI asylum seekers told IRIN they or their LGBTQI friends had been beaten up or forced to leave camps or collective accommodation after being verbally abused or humiliated. Most said they wouldn’t complain to the authorities or the police as this would only make matters worse.

“Even if they decide to talk about it and report to, let’s say, those responsible in the camp, what can be done?” asked Joey.

If they are under threat, LGBTQI people are often separated from other asylum seekers – put in single rooms or further away from other people – a solution that just exacerbates a sense of isolation.

In Greece, several NGOs offer apartment accommodation for LGBTQI people, but space is limited. Some in the community are still consigned to live in camps, which can be dangerous for them, especially if they are transgender.

The grassroots group Lesvos LGBTQI+ Refugee Solidarity says cramped conditions for more than 5,000 asylum seekers and the onset of winter are driving a desperate situation for the gay and transgender community in the Moria camp on Lesvos.

“LGBTQI+ refugees in Moria have been driven from their assigned containers and tents by insults and threats of homophobic and transphobic violence,” the group said in a recent statement. “Some spent the night sleeping in front of the camp offices, waiting for them to reopen so they can beg for relocation.” 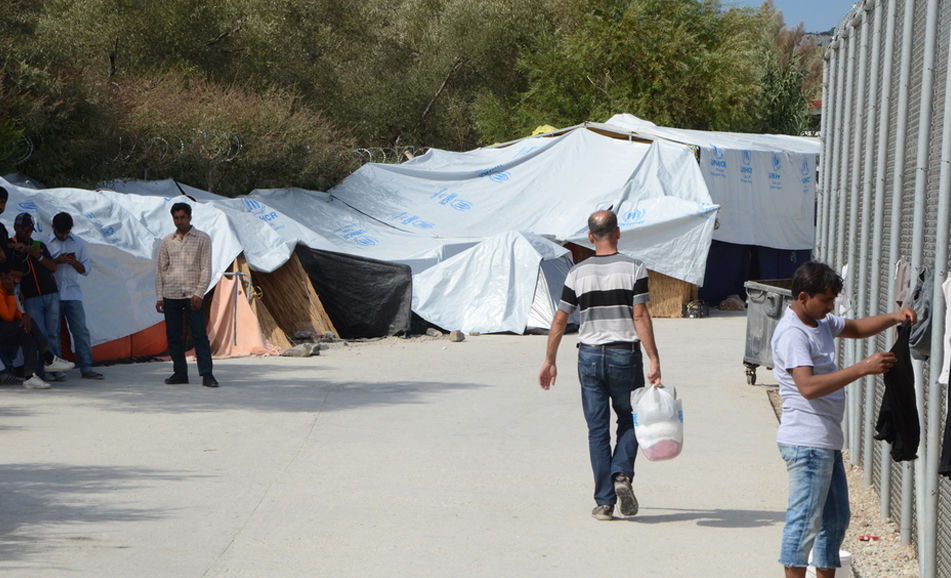 It’s impossible to estimate how many gay, lesbian, or transgender people are among the refugee and migrant population in Europe, especially as many are still not ready to talk openly about their sexual orientation or gender identity.

The lack of numbers means even Europe doesn’t know how many people they are failing to protect. In March, the EU’s Agency for Fundamental Rights, known as FRA, issued a worrying report detailing: the lack of “statistical data on claims based on sexual orientation and/or gender identity”; the lack of “protection measures”, especially against harassment in reception centres; and the lack of “relevant guidelines and trained staff” to support LGBTQI asylum seekers.

Only about two in five asylum offices run by the UN’s refugee agency, UNHCR, collect data at all on asylum claims based on sexual orientation or gender identity, and that number drops to more like one in three when refugee status determination is done by member states.

There may be some good reason for the dearth of numbers, though. The FRA report notes that gathering statistics on sexual orientation or gender identity could “raise data protection issues or violate the confidentiality of information collected during asylum interviews.”

The European Asylum Support Office, or EASO, created by the European Union to strengthen the coordination of member states on asylum issues, confirmed to IRIN that there is no reliable data. It also recognised that many people do not talk about their sexuality or gender during their first interview due to the lack of knowledge of their rights, and fear of being deported or persecuted. Aware of this, EASO has developed a series of tools for people working in asylum offices for dealing with vulnerable groups, including the LGBTQI population. But there is no way to observe if these instructions are being put into practice.

On the ground, NGOs are taking matters into their own hands. Margarita Kontomichali, from the Greek NGO Solidarity Now, is coordinating a housing and assistance programme for LGBTQI asylum seekers in Greece called Safe Refugee.

“Our main concerns regard their mental health and the development of negative coping mechanisms. A major element is the double stigma that they have to bear,” she told IRIN, referencing the added risks LGBTQI people face in all stages of the displacement cycle and the need for greater protections.

“They are often at heightened risk for discrimination and exclusion from access to basic services, and they are also subjected to different forms of abuse, often also by their fellow compatriots,” she said.

Europe appears to know there is a problem: The European Parliament in February 2016 issued a report that acknowledged that LBGTQI people suffered abuse in the EU as well as their countries of origin. It recommended fast-tracking asylum claims and called on all member states to ensure that reception centres, as well as interview procedures, were sensitive to LGBTQI people.

Almost two years later, only some of the recommendations are being followed, and in a piecemeal fashion in countries like Germany, Italy, the Netherlands, and Sweden.

What LGBTQI rights advocates want are EU-wide guidelines and protections, now, across the board.

*Name has been changed

(TOP PHOTO: A safe space inside the Kyiv offices of Ukrainian LGBTI organisation, Insight. The NGO provides shelter and legal aid for gay Ukrainians and has been inundated with people internally displaced by conflict in the east. Anastasia Vlasova/UNHCR)