The roots of anti-Rohingya violence; the emergency in Bangladesh’s refugee camps; and the worsening crises at home in Myanmar.
More of this in-depth coverage

Most of Myanmar’s approximately one million ethnic Rohingya Muslims live in northern Rakhine State, which has been almost completely off limits to journalists and aid workers since insurgents launched deadly attacks on police posts on 9 October. There have been widespread reports of abuses of Rohingya civilians during military “clearing operations”, which have also disrupted harvests and markets, as well as nutrition programmes.

The UN and rights groups have repeatedly urged the government to allow an independent investigation into alleged atrocities, and to give full access to humanitarian agencies. The government has instead formed its own commission, which said in its interim report that it could find no evidence of alleged abuses, including widespread reports of rape. The report also gave a positive assessment of the food security situation.

“No cases of malnutrition were found in the area, due to the area’s favourable fishing and farming conditions,” the commission said last week.

Two UN assessments, which have not been released publicly but were provided to IRIN, found precisely the opposite.

A 29 December update by the UN’s emergency aid coordination body, OCHA, was based partly on findings in parts of Maungdaw and Buthidaung townships where aid workers were allowed. In the preceding week, about 5,000 people were able to access nutrition programmes, it said.

“Despite a low overall turnout, a number of severely malnourished patients is proportionately higher than the pre-9 October intake,” said the update, which sourced information from the UN’s refugee agency, UNHCR, and World Food Programme.

A seperate “remote emergency assessment” carried out over the phone by WFP found that "severe food insecurity appears highly widespread” and has worsened since October in Maungdaw, a Rohingya-majority township on the Bangladesh border.

“The main source of food for most of the households have been neighbors or relatives lending or gifting food."

“The main source of food for most of the households – 94 percent in the north and 71 percent in the south – have been neighbors or relatives lending or gifting food,” said the WFP report.

*Silke Buhr, a WFP spokeswoman, told IRIN that the organization is encouraged by recent negotiations with Rakhine State authorities who have agreed to allow programmes to resume. "WFP is hopeful that it will be able to begin food distributions imminently," she said.

People surveyed by WFP said that markets in southern areas of Maungdaw were functioning, although supplies were low, and the price of rice shot up by 21 percent even though it is right after the harvest. Market “access appears safe only to the population living nearby”, the report said.

In northern Maungdaw, where military operations have been concentrated, the picture was far bleaker. “Markets appear not to function with nearly all respondents reporting serious damages to market infrastructure or exhausted food stocks,” said the report.

Myanmar’s government was unimpressed by those findings.

“I am asking now: 'what is their proof?'” said Zaw Htay, a government spokesman. “What is their data?”

He said the health ministry needs more time to conduct a nationwide survey on nutrition rates, in coordination with the UN.

“We need concrete, sound, and reliable data about malnutrition around the country,” he said in a phone interview.

Last month, the Rakhine State government secretary, Tin Maung Shwe, also questioned reports on hunger. “We have a survey of every village, and there is no starvation and no malnutrition,” he told IRIN.

Yet, malnutrition in northern Rakhine State has been a longstanding problem – and one previously acknowledged by the government. 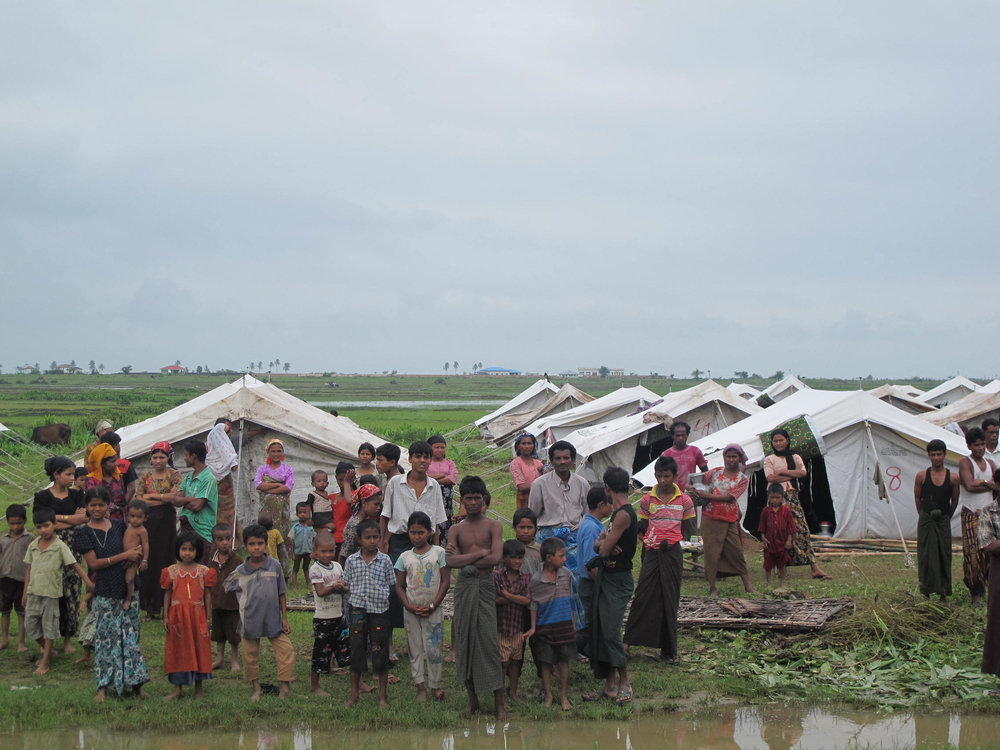 Pierre Peron, an OCHA spokesman, noted that programmes to treat malnutrition have been “implemented by the UN and International NGOs in northern Rakhine State for many years, under MOUs (memorandums of understanding) agreed with their relevant line ministries.”

A 2015 survey in the northern Rakhine townships of Maungdaw and Buthidaung “showed alarming rates of global acute malnutrition”, according to the UN children’s agency, UNICEF.

Aid agencies measure the weight and height of young children to assess Global Acute Malnutrition and compare those rates to a population with normal levels of nutrition.

The situation in Maungdaw deteriorated even further after the 9 October attacks by a group called Harakah al-Yakin [“Faith Movement” in Arabic], which formed after hundreds were killed and 140,000 forced into displacement camps during violence between minority Rohingya and majority ethnic Rakhine Buddhists. The vast majority of victims were Rohingya, who are denied citizenship in Myanmar and live under an apartheid system.

SEE: The roots and risks of Myanmar’s new Rohingya insurgency

Rohingya communities suffered even more as aid groups lost access to the area.

“Approximately 3,400 children in northern part of Rakhine State were being treated for Severe Acute Malnutrition prior to 9 October and are at serious risk due to the disruption to their assistance,” OCHA said in a 13 December report.

In addition, the report noted that 7,600 pregnant women were unable to access healthcare, while more than 10,800 people could no longer receive nutrition treatment.

Despite such warnings, Myanmar government statements, and articles in the state-run Global New Light of Myanmar newspaper, have consistently downplayed the crisis.

For example, an article that appeared one day after the OCHA warning stated: “All residents of Maungdaw region were provided with humanitarian assistance in the form of food and supplies.”

The government has made repeated promises that aid groups will be allowed full access to northern Rakhine State, but that has yet to happen as military operations continue.

Meanwhile, reports of military rapes, killings, and disappearances continue to emerge from Maungdaw, and Rohingya keep fleeing across the border into Bangladesh. The UN reported that 22,000 people arrived in Bangladesh between 3 and 9 January, bringing the total to more than 65,000 since October.

Health Ministry officials were presented with data on malnutrition at a meeting this week with senior representatives of aid agencies. Sources who attended the meeting told IRIN that the ministry accepted that malnourishment was a widespread problem and expressed a willingness to fight it.

“I feel much more hopeful that we can help children suffering from Severe Acute Malnutrition,” said Bertrand Bainvel, the country representative for UNICEF.

*(This story has been updated to include WFP comments about authorities promising to allow the resumption of food distribution.)