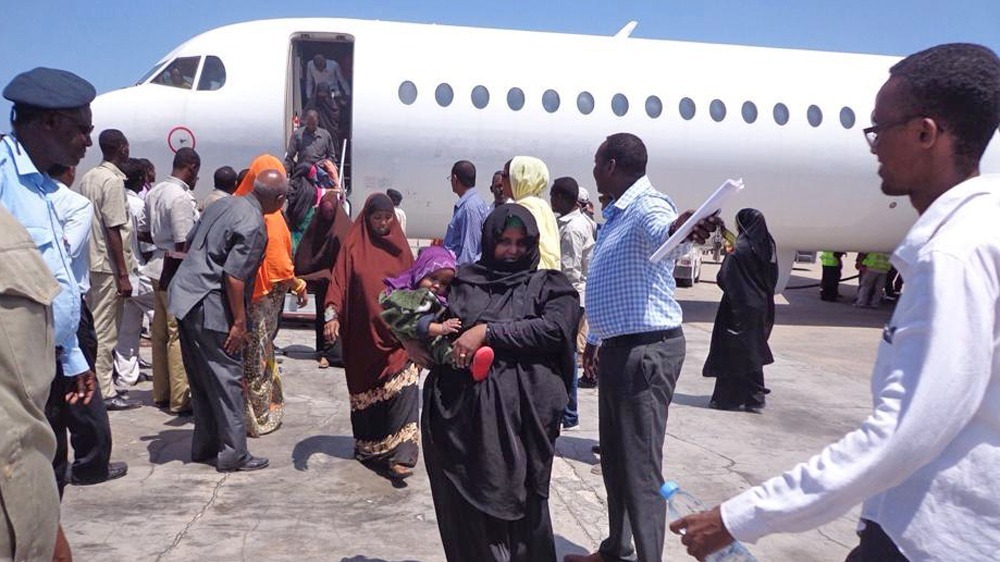 As Kenya continues to round up and detain refugees, migrants and asylum-seekers in a controversial anti-terrorism operation, fears are mounting over the fate of around 300 children separated from parents arrested during the sweeps. Some of these children are reported to be held in a Nairobi stadium used as a temporary detention facility, without a parent or guardian.

“Our concern is the separation of some 300 children, including babies as young as a few months, from their mothers and fathers or customary care-givers and foster parents,” said Emanuel Nyabera, UN Refugee Agency (UNHCR) spokesman in Kenya.

Since early April, some 4,000 arrests have been made in Operation Usalama Watch, mostly of Somali nationals, but also Kenyans of Somali origin as well as nationals of other countries such as Democratic Republic of Congo. Around 2,000 of those arrested have been transferred to the country’s two refugee complexes. Some 359 have been deported to Somalia.

“During visits to temporary foster families in the urban areas, UNHCR and partners found some of these children in a desperate situation,” Nyabera said.

He added: “We urge the government to take steps to facilitate the reunification of the children with their families. In order to prevent further family separations of refugees and asylum-seeking children's rights, the responsible authorities are encouraged to work with UNHCR and its partners in ensuring that the ongoing operation is implemented in a child-friendly manner, which fully respects the dignity and rights of each child.”

UNHCR and other agencies grouped under the child protection working group of the urban refugee cluster have called on the government to “among other things, protect separated children from heightened risk of sexual and gender-based violence, exploitation or disappearances and to sensitize law enforcement officers charged with implementing the encampment directive and Usalama Watch on the need to avoid further separation of families.”

Victor Nyamori, a program officer at HIAS, a charity working with urban refugees, told IRIN that “the number of separated children could be higher” than 300, adding that “the available figure only represents what has been reported to aid agencies.”

According to Gemma Davies, a researcher at Amnesty International, separation without putting in place adequate protection measures amounts to a violation of rights and leaves children susceptible to abuse.

“Children have been subject to protection risks as a result of separation, and their education and health have been affected. Camps do not have the resources or capacity to give these children the level of care they are used to have been receiving, and pose further protection risks,” Davies told IRIN.

“Children have been detained with their mothers, and this is completely unacceptable given conditions of detention, health and protection risks,” Davies said.

She noted the need for security agencies to determine the family status of adults before detaining them or sending them to camps.

“Necessary arrangements should be made in the best interest of the child. Preferably this should mean that at least one parent can continue to take care of them, and that they can continue to access education and health services at a minimum,” she said. 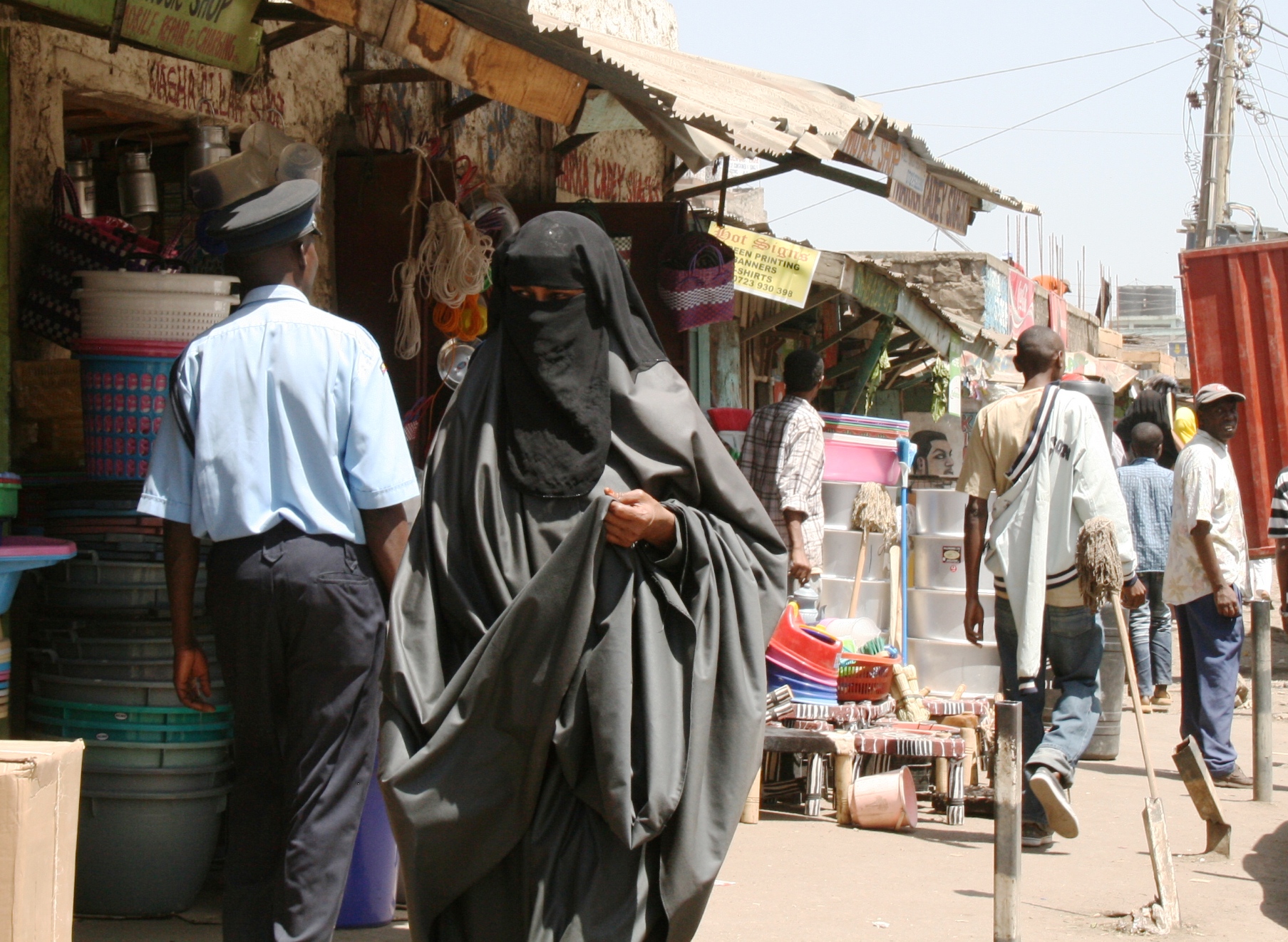 Kenya’s most senior refugee official conceded that 300 children had been separated during Operation Usalama Watch.

“We will ensure that those children that we can trace are reunited with their parents. But at times this separation happens simply because people want sympathy,” Commissioner for Refugee Affairs Harun Komen told IRIN.

HIAS’ Nyamori said his organization had information “from community health workers that the police might be holding some unaccompanied children” at a police station close to Kasarani stadium.

Andrew Maina, Assistant Programme Officer at the Refugee Consortium of Kenya (RCK), an advocacy NGO, told IRIN that “RCK is seriously considering legal action [against a government directive to send all urban refugees to camps] on the issue of children's rights to family unity and access to education.”

Noting that some separated children had been taken in by friends and neighbours, UNHCR’s Nyabera warned that “the ability of the temporary foster families to provide adequate protection and care for these vulnerable separated children will significantly reduce should the separations continue for a longer period of time.”

Mother-of-six Halima’s one-bedroom flat in the Nairobi district of Eastliegh – the epicentre of Usalama Watch – is also now home to the three children of her arrested business partner. She is unsure where their mother is now.

She “was arrested and when I went to Kasarani to see her, I was told she had been taken to Dadaab [a refugee complex some 500 kilometres northeast of the capital]. I don’t know whether it is true but that is what the police said. Now I have to look after them but like any other children, they need their mother. It is sad because she had documents allowing her to live here,” Halima said.

A government children’s officer told IRIN that she and colleagues had been denied access to the stadium to visit minors that might be being held there.

“I’m a government official yet I have been refused access to children inside Kasarani. There are children there without parents because they lost track of them in the course of the operation and we need to see them,” she said, asking not to be identified by name.

Police spokeswoman Zipporah Mboroki denied this, telling IRIN, “Of course we can’t deny them access. They are free to go there.”

“Children have been separated, but you can’t blame the police because that is what we hear but we don’t know where these children are,” she added. 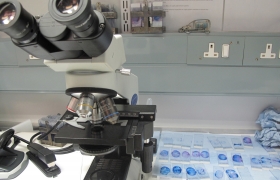