This article is part of our in-depth coverage. Read more like this...
Kalemie

Squatting outside a tiny hut of sticks and dried grass in Kaseke, where she and her five children have been living for nearly 10 months, Feza Mwange recounted how her family narrowly avoided death in a conflict the authorities insist, against all the evidence, has been brought to an end.

“We fled as the pygmies* arrived at our village to kill us,” Mwange told IRIN. “Our chief was killed the day after we left.”

Similar stories were easy to find at Kaseke and the other displacement camps located around the town of Kalemie, the capital of Tanganyika Province in southeastern Democratic Republic of Congo.

At nearby Kalunga, home to nearly 25,000 internally displaced people, Bulanda Sulemani Cyprien recalled how he escaped one night last November from Kitunda, his village 55 kilometres to the north.

“A group of pygmies came suddenly under the cover of darkness to attack us and burn the houses. There was nothing else for us to do but flee with our families.” Those who stayed behind or reacted too slowly were murdered by militiamen armed with bows and arrows or machetes, he added.

Since May 2013, rival militias composed of Luba, a Bantu people, and Twa, a pygmy tribe indigenous to several Great Lakes’ states, have been engaged in a deadly conflict in Tanganyika.

Bands of armed men have been invading each other’s villages – typically equipped with only traditional weapons – in wave upon wave of reprisal attacks.

From late 2014, troops from MONUSCO, the UN mission in Congo, supported by the Congolese armed forces, have tried to pacify the province.

In September 2015, the UN and the provincial authorities launched local councils known as baraza to address the causes of the violence, and it seemed for a time they might put an end to the clashes.

However, the Congolese military’s bid last July to arrest a Twa warlord triggered fresh bouts of fighting that spread from the territory of Nyunzu to affect five of the province’s six territories, while thousands of IDPs have fled to the sixth, Kongolo.

A peace forum in Kalemie in February, as well as continuing military activity by MONUSCO and the Congolese army, has succeeded in checking the violence in parts of the province, but attacks continue in others.

In recent months, a new front has opened up in the north of Tanganyika, where Twa militias have targeted the livestock-rearing Banyamulenge (Tutsi) community by slaughtering its cows.

The conflict, now in its fifth year, has caused a devastating humanitarian crisis in Tanganyika, the most visible symptom of which is hundreds of thousands of IDPs.

In late March, the UN’s emergency aid coordination body, OCHA, revealed that 3.7 million people are displaced in Congo, the most in any African country. The majority are in either the Kasai region, where the government has been fighting a militia known as Kamwina Nsapu for almost a year, or the Kivus, where dozens of armed groups have wreaked havoc for two decades.

“Tanganyika has become a humanitarian hotspot, but our current response capacities are being outstripped by the massive levels of critical needs,” Mamadou Diallo, MONUSCO’s coordinator of humanitarian affairs, has said.

Between July 2016 and January 2017, only 27 percent of the province’s IDPs received help from UN agencies and NGOs, according to OCHA.

Nobody knows how many people have died as a result of the conflict, either directly or indirectly.

“It’s really difficult to know the number of people who have been killed because neither the government nor anyone else can access all the places,” said Benjamin Mulezi, a Twa adviser to the provincial interior minister. “The conflict continues and people continue to die.”

The UN’s Joint Human Rights Office documented the deaths of 91 civilians from January to May 2017, of which 31 were killed by government forces and 60 by armed groups, principally Luba militiamen. However, José Maria Aranaz, UNJHRO’s spokesman, conceded that this figure was “very conservative” and admitted the real civilian death toll was likely much higher. 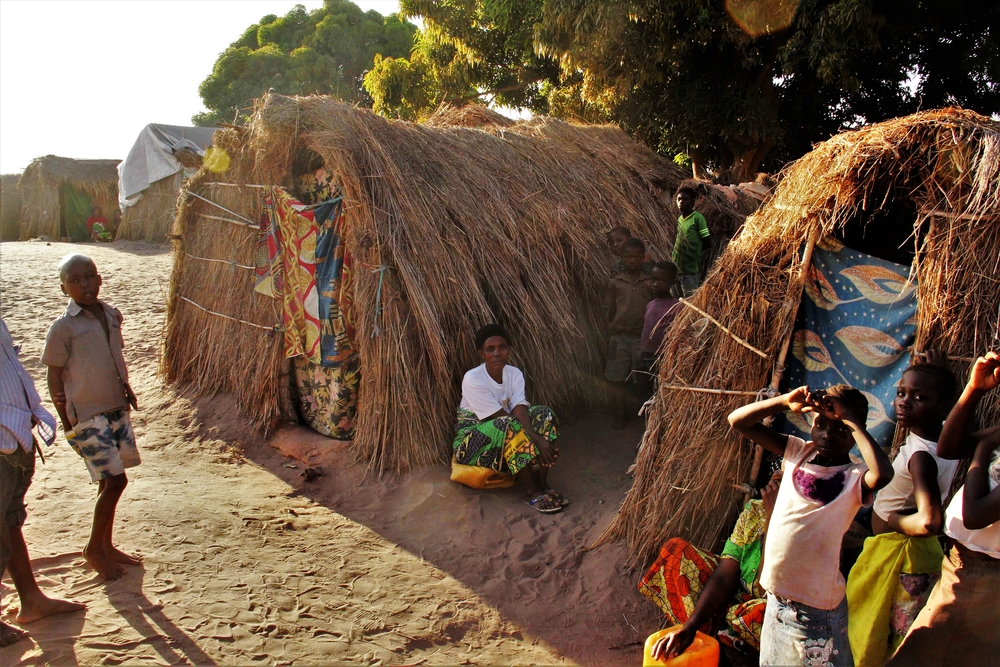 More than 1,000 people were killed in the conflict in the first eight months of 2014 alone, according to UN group of expert figures.

The Twa and other indigenous peoples make up less than one percent of the population of Congo, while the numerous Bantu tribes form a majority. Here, as in other central African countries, the pygmies have long been the victims of discrimination.

“For many Bantu, the pygmy is a slave, a thing,” said David Ngoy Luhaka, a Kalemie-based priest and activist.

Beaute Kyungu Delos, a Twa leader who in 2014 fled his village in Nyunzu and sought refuge in Kalemie, explained the reality of Twa life further: “You, a Bantu, call a pygmy. He works in your field and you don’t pay him. You make him work and then give him tobacco or a piece of manioc. He has a wife and children, so will a manioc root suffice? No. So he steals something and you catch him. Perhaps you kill him.”

Mulezi, the provincial government’s Twa adviser, noted: “There is no portion of the land which belongs to the indigenous people. Everything is for the Bantu.”

Nonetheless, for a long time the Twa of Tanganyika endured second-class citizenship without taking up arms.

“They resigned themselves to being mistreated… to working in the fields without pay and being treated like slaves,” said Mulezi. “They didn’t want to rise up.”

But over the past two decades, the Twa population has become less inclined to tolerate its exploitation and more willing to use lethal violence against those it considers oppressors.

Most notably, the important role the community played in Tanganyika’s recent war-torn history has raised its expectations. The rebellion, which brought Laurent-Désiré Kabila to power in 1997, organised the Twa into paramilitary groups.

Kabila and his son Joseph, who assumed power when his father was assassinated in 2001, subsequently deployed these militias to assist the armed forces in the 1998-2003 civil war (during which Twa and Luba fought together), and more recently against the Kata Katanga, a predominantly Luba secessionist movement.

“There has been an emancipation due to these armed conflicts,” explained Rogatien Kitenge, who campaigns for the rights of indigenous peoples in Congo. “The mask of the Bantus slipped. The pygmies understood that the Bantus were not all-powerful and they could resist them.”

The state’s use of Twa militias in its battles against Kata Katanga helped initiate the current conflict by fuelling Luba hostility towards the Twa population.

Although clashes continue, the government insists peace has been restored.

“There is total calm throughout the whole province,” Ali Omari Bin Simukinje, Tanganyika’s vice governor, told IRIN. “There is no longer this conflict between the Twa and Bantu… The province is secure.”

With the financial support of the central government, the provincial authorities have started a programme to return all IDPs to their villages of origin and in mid-May dispatched a first train to transport the inhabitants of the Kaseke II camp from Kalemie. 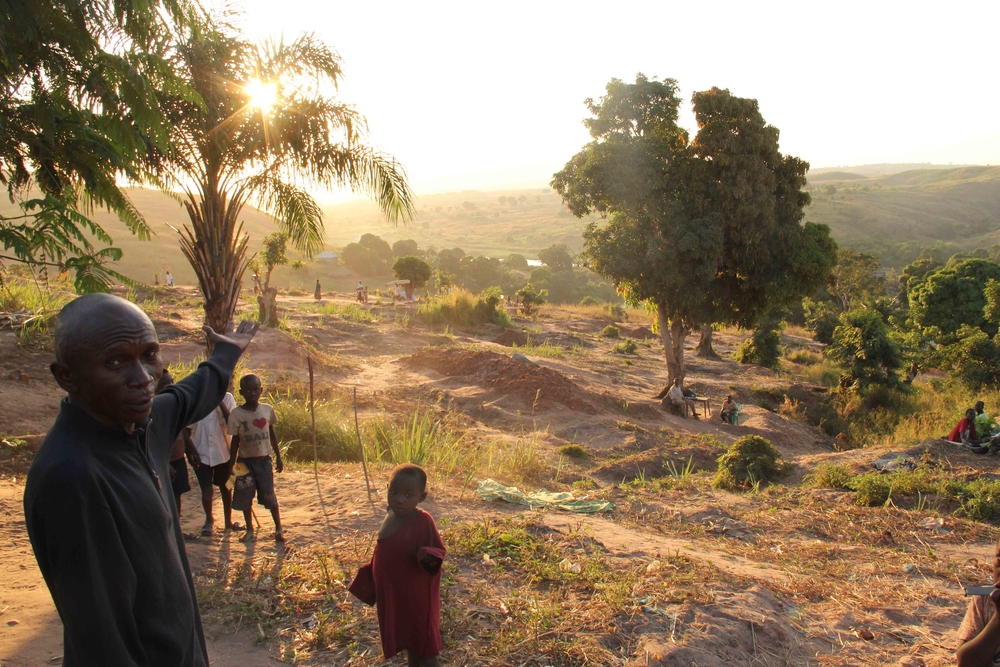 William Clowes/IRIN
Sent home to a war zone, Kambilo Mutu Abacoulou doubled back to find his IDP camp had been dismantled

Luhaka, the priest and activist, dismissed the move as a publicity stunt – “a trick to show a good image of the province.”

According to an OCHA bulletin, the Congolese police “destroyed all the shelters” of the roughly 1,800 IDPs who departed on the train.

“A few months ago, authorities in North Kivu also embarked on a similar measure to force people to return home. There too we voiced our concern about such decisions that are against international norms,” Yvon Edoumou, OCHA’s spokesman, told IRIN.

Hundreds of those who left Kalemie on the convoy have since returned to Kaseke II. They choose to sleep outside in the open where their huts once stood, rather than risk returning to their villages.

Simukinje told IRIN the provincial government was organising additional trains to send more IDPs home. He urged the UN and aid organisations to help people in their villages instead of in the displacement camps around Kalemie, but the humanitarian organisations are sceptical of the plans.

“They believe the province is safe and sound,” said OCHA’s Edoumou. “But our reading is not quite as emphatic, and the displaced Congolese are not convinced.”

Mulezi, the provincial government’s Twa adviser, was also apprehensive, in particular about the role of the military.

“Our hope for security was based on our armed forces, but the same soldiers are behaving like rebels and have started to shoot people,” he said.

Delos, the Twa leader, whose nephew was recently shot dead by a member of the Congolese military, went further, saying:  “To claim that the province is calm is a lie.”

According to Simukinje, everyone at Kaseke II went home voluntarily. But an OCHA bulletin described the train as a “forced return convoy” and several IDPs told IRIN they were instructed to leave the camp.

“Displaced people should never be forced to return,” said Edoumou.

IRIN spoke with IDPs in several dsiplacement camps. All deplored their current living conditions – the hunger, huts prone to catch fire, the lack of work – but all said it was not yet the time to return.

“If security in my village was guaranteed, I would leave today because I cannot bear it here,” said Joseph Pende Manteke at Kaseke.

Most Twa, having fled attacks, opt to regroup in the countryside and avoid urban centres. There is, however, a small Twa contingent in each of the camps, fearing repercussions.

Kisombo Sulemani arrived at Kulungu last November with his wife and seven children from Mukwaka, a village 40 kilometres east.

“Our community believes we are traitors, that we are with the Bantus,” he said. “There is too much misery here. But if we go back, there’s a risk they will kill us.”

(*Although the term “pygmy” is regarded as derogatory by some, the word is widely used in Congo, including by members of the Twa community)