More than half a million people killed, 1.4 million injured, and 80 percent of buildings damaged in Bangladesh’s three largest cities: That’s the “worst-case scenario” outlined in an unpublished draft contingency plan for a large earthquake.

The information may change by the time the plan is completed later this year, cautioned Henry Glorieux, an advisor at the office of UN resident coordinator Robert Watkins. But the draft obtained by IRIN draws on previous research, including the government’s 2015 Seismic Risk Assessment, which included similar findings.

The risks to Bangladesh, in particular to its sprawling capital, Dhaka, also threaten many other Asian cities. There is no centralised database that collects and compares information from around the region about vulnerability to earthquakes and risk reduction initiatives, but experts say the same trends that make Dhaka so vulnerable are apparent elsewhere too.

“Many urban areas in Asia are growing quickly, and buildings going up without regard to seismic building codes,” said Julie Jomo of Geohazards International, a California-based company that aims to help improve safety before disasters strike.

That is certainly a danger in Bangladesh. In addition to its geographical location in a fault zone, the government’s 2015 assessment pointed to “unabated and unplanned growth of urban settlements and infrastructure, and ever-increasing urban population”.

As many as 350,000 people migrate to Dhaka each year, according to the World Bank. Climate change will only accelerate that growth, as rising seas and floodwaters from melting Himalayan glaciers inundate the river delta that makes up much of Bangladesh’s territory, washing away and salinising farmland.

With 160 million people, Bangladesh is one of the most densely populated countries on the planet, while Dhaka is one of the world’s fastest growing cities, according to the Global Cities Institute at the University of Toronto. The capital’s population was about 15 million in 2010, and it’s predicted to rise to 22 million by 2025 when it will be the Earth’s fourth largest metropolis.

Where will all those people live? Many will find shelter in crowded slums, while those with more money may end up in one of the ever-increasing number of buildings pushing skyward as construction booms.

There are serious concerns about the ability of many of those buildings to stand up to even a moderate earthquake. Dhaka didn’t have a building code until 1993, and it is often disregarded today.

A 2010 survey by the government and the UN Development Programme found that 78,000 buildings out of 326,000 were extremely vulnerable to earthquakes.

Buildings have collapsed without even the tiniest tremor. In 2013, more than 1,000 people were killed when the eight-storey Rana Plaza, housing five garment factories, buckled.

“The Rana Plaza collapse was a wake-up call that many buildings manage to get permission from the concerned department, but they might not follow building codes,” said Mohammad Abu Sadeque, director of the government’s Housing and Building Research Institute.

Yet, four years later, little has changed, he said. The city’s development authority, known as RAJUK, has not been provided with the resources it needs to crack down on shoddy construction.

“It is quite a difficult task to monitor the high number of new buildings in Dhaka,” admitted Serajul Islam, RAJUK’s chief planner. “We get many complaints about flouting building codes and we take action when it comes to our notice.”

To make matters worse, much of Dhaka is built on land reclaimed from the river delta, which raises the risk of “liquefaction” – when sandy ground behaves like liquid during a quake. 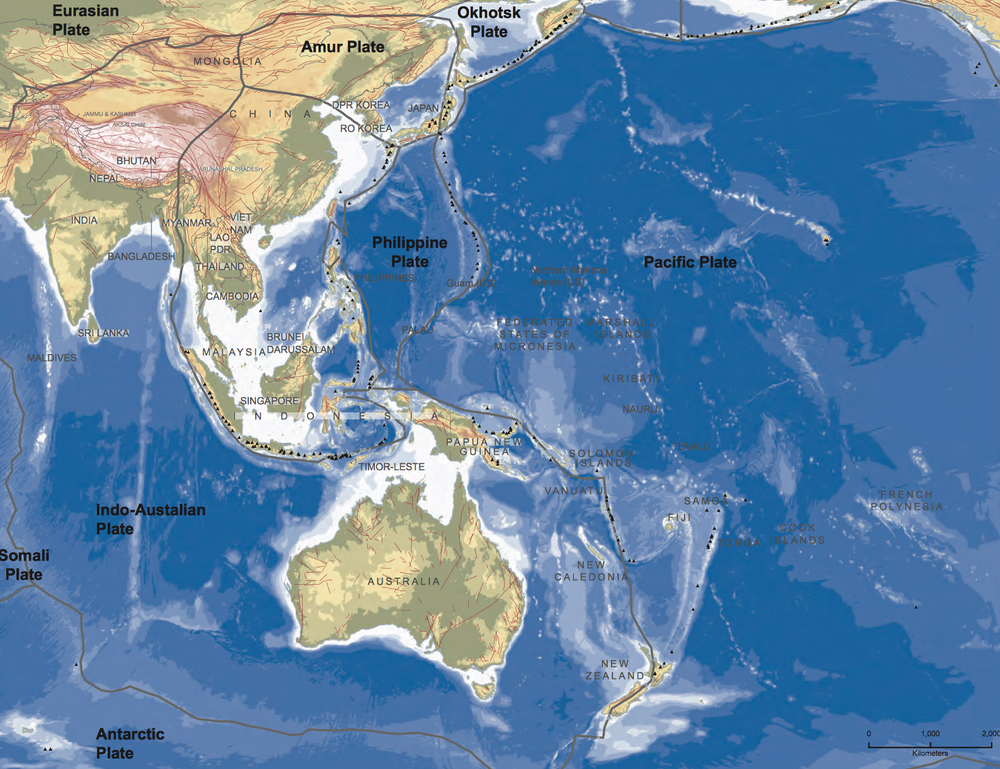 Bangladesh and neighbouring countries could be in for a catastrophic shake, according to a study published last July in the journal Nature Geoscience. Scientists identified a subduction zone – where one tectonic plate moves over another – beneath Bangladesh, raising the potential for a “megathrust” that could cause a magnitude 9 earthquake.

Noting that 140 million people in Bangladesh, Myanmar, and India live within 100 kilometres of the fault line, the authors called it an “underappreciated hazard in one of the most densely populated regions of the world”.

The newly discovered subduction zone under Bangladesh is one of many earthquake-prone areas throughout Asia. Northward lies the Central Himalayan Seismic Gap, part of a plate boundary that has not recently slipped.

“Seismologists note that there is enough pent up strain and historical precedent that a very big earthquake is now due,” said Jomo of Geohazards International. “It would affect Nepal and a lot of people in northern India, causing much damage in Delhi.”

Tectonic plates also cut through China and Central Asia, while other Asian countries lie along the “ring of fire”, which encircles the Pacific Ocean and accounts for 90 percent of the world’s quakes.

Asia is also the most populous continent, and has a rapidly urbanising population. That raises the threat of massive loss of life if buildings are constructed poorly, emergency services are not in place, and people aren’t educated about what to do when the earth shakes.

Some cities are more prepared than others. Manila, for example, sits directly astride a fault and authorities there have scaled up earthquake drills and building inspections. After being hit by two large quakes in 2015, Kathmandu is working on a mitigation strategy. Japan is the world’s leader in quake-proof construction.

But many cities continue to allow the construction of buildings that are essentially brittle concrete frames, when they should be reinforced with rebar.

“This is the reason that densely populated cities such as Karachi – located near another seismic gap – would be vulnerable even in a moderate earthquake,” said Jomo.

As Dhaka illustrates, building codes are great on paper, but useless if they’re not enforced.