Standing in the kitchen of an old ochre-coloured stone house in the Roya Valley near France’s southern border with Italy, four young men carrying backpacks are eating a hurried meal. They are smiling, but clearly anxious. On a signal from the homeowner, they leave the house and duck into two cars waiting outside. A few minutes, and kilometres, later, eight more young men emerge through some olive trees and slip down a muddy path before getting into the vehicles. The convoy zigzags along a valley road, which winds between the steep wall of a mountain and the bed of a river swollen by autumn showers.

The 12 passengers are all Eritreans; the drivers all French. The former arrived to France covertly, without visas. The latter are risking arrest and prosecution for the smuggling of undocumented migrants.

In the Roya Valley, convoys like these have become a regular occurrence for the past year. Surrounded by Italy to the south, east, and north, this area of the French Alps, which starts about 30 kilometres north of the Riviera, has become an entry point for migrants who have made their way north from southern Italy and then become stuck in Ventimiglia, where the border was closed in June 2015. After being pushed back from train stations and roads leading into the French Riviera, a growing number of migrants are trying to find a route through the Alps. But the journey into the valley is proving a dead-end for many.

“They don’t understand that after Ventimiglia, they get into France, but if they continue north, they’ll end up back in Italy,” explains Nathalie Massiglia, who lives in the village of Breil-sur-Roya in the valley. A professional clown, she is part of the Roya People’s Collective, which hosts and feeds migrants who wander into the valley and then transports them to small, distant train stations so they can continue their journeys. “We have become [active] because of the circumstances,” Massiglia says. “How can you close your eyes when there are men, women, sometimes children, wandering along our roads, exhausted, lost, starving?”

No one knows how many migrants have passed through the Roya Valley, but those helping them say it’s in the thousands. “The first people came to my house about a year ago; for the past six months, it hasn’t slowed down,” says Cédric Herrou, a 37-year-old farmer who is currently facing smuggling charges. His farm, where he raises laying hens and cultivates 800 olive trees, sits just outside Breil-sur-Roya and is the first property migrants come to when they exit a railway tunnel on the winding, mountain road from Ventimiglia.

“Every night, I go to bed wondering how many will come to me. Almost every night, my dog starts barking and I make bets with myself: three, four, 10, more?” Herrou says.

On this wet Sunday in November, there are about 20 migrants staying at a camp Herrou has set up a few metres away from his small house. Accessible only by foot, it consists of two caravans that Herrou had delivered by helicopter last summer, five tents, a wooden shed, and a large canvas sheet to protect it from the elements. A group of young Eritreans and Sudanese are sitting around a campfire scrutinising a charred map of Europe and discussing their next move. 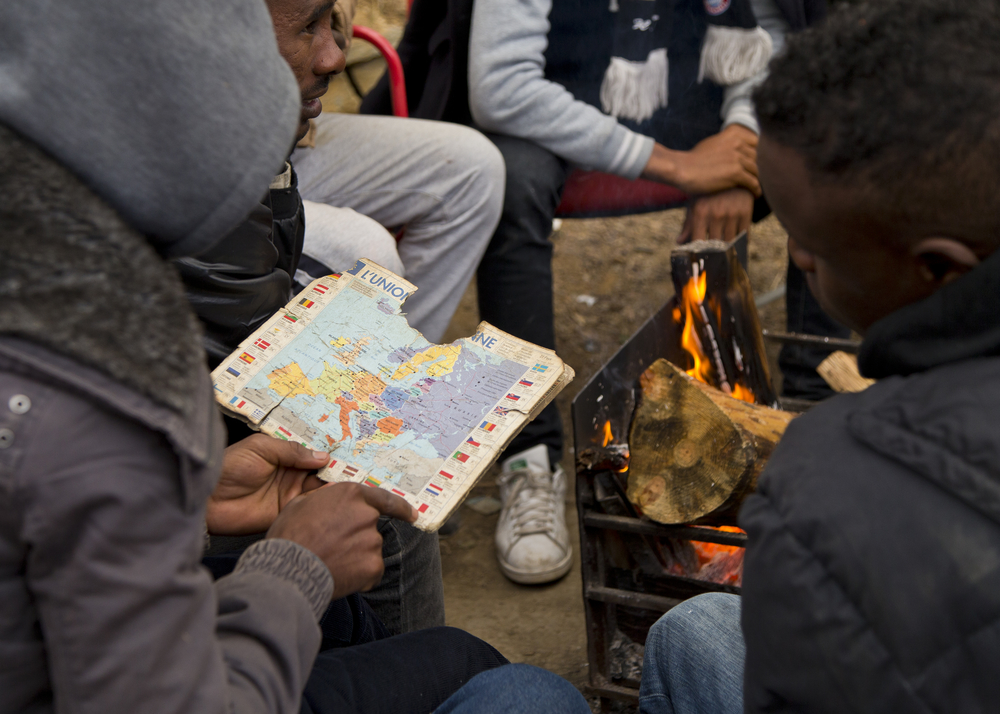 Weghe, 17, left Asmara, Eritrea’s capital, a year ago to avoid compulsory and indefinite military service, and so that he could practise his Protestant faith freely. He did stints in Sudan, Libya, and Italy before arriving at Herrou’s farm last week. “We understood quickly in Ventimiglia that the border was shut; the trains and the roads to France were watched by police,” he says. “Some migrants had tried going through four, five, six times. Every time, they were sent back to Italy. So we walked along the railway at night, for seven hours [until] we saw some light.”

Weghe had no idea that getting out of the valley would be even more difficult than getting in and that his status as an unaccompanied minor probably wouldn’t help him if he was caught.

“We see increasing numbers of unaccompanied children arriving,” says Françoise Cotta, a local lawyer whose large house often hosts up to 10 migrants. “They are supposed to be taken in by social services, but we have evidence of children being taken back to the border.”

She filed a complaint of child neglect against the prefect of the Alpes Maritimes department on 21 November. The department only took in 238 unaccompanied migrant children this year, compared to 1,500 in 2015, despite the increase in young migrants passing through the region in the past 12 months. Cotta views the figure as proof of a hardening of attitudes against migrants, including children. 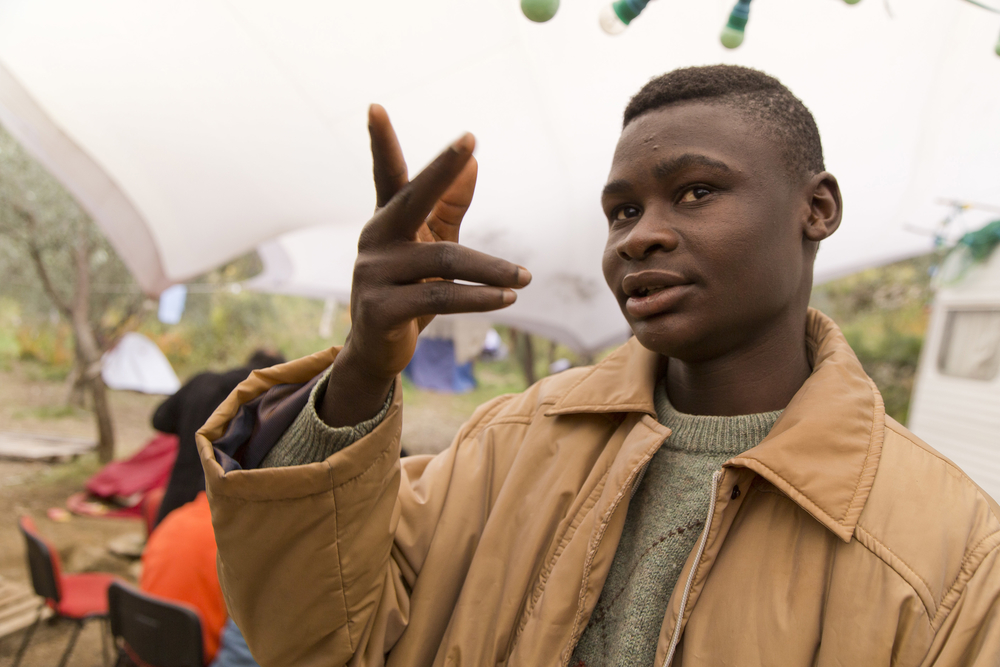 Patrick Bar/IRIN
Abdallah, 15, from Sudan, was returned to Italy after being removed from a train near the French border

Abdallah, a 15-year-old from Sudan’s Darfur region, says he was arrested on a train near the French border. “I told the police I was 15, but the officer wrote down 1997 as my birth date. I told an Arab-speaking policeman there was a mistake, but they still sent me back to Italy.” Abdallah and two friends then crossed into France on foot, following the railway line. Now he is stuck in the valley, along with dozens of other young African migrants.

Police officers, and even the foreign legion, have been deployed in and around the Roya Valley. Officially, they are fighting terrorism as part of the government’s Operation Sentinel. In practice, soldiers patrol train stations and small roads, while police officers check trains and set up roadblocks, effectively sealing all exits out of the valley. “Of course we are looking for illegal migrants,” a police officer admits, checking a car boot. “We catch them every day.”

But the migrants keep coming and winter is fast approaching in the mountains, where temperatures can plummet dangerously quickly. “Will there have to be deaths in order to get the state to take responsibility and stop putting it on our shoulders to take in these people?” asks Alain Creton. He and his partner Camille, mountain guides and farmers, often receive messages from locals asking them to take in migrants they’re afraid to host themselves. 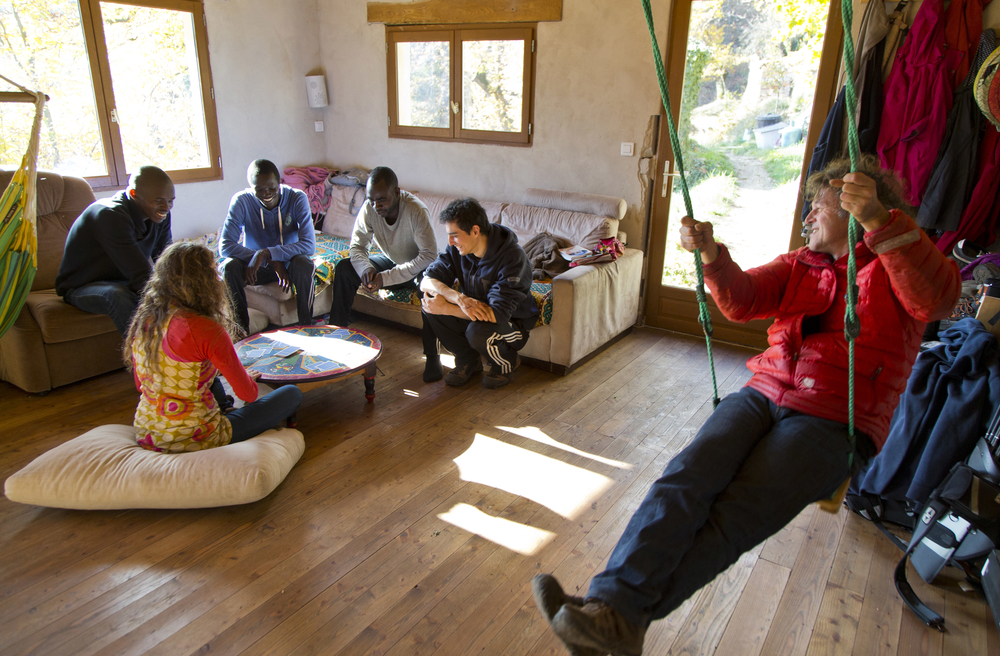 Not everyone feels a duty to help. On 22 September, the department voted against hosting any of the migrants removed from camps in Calais. Some local people in the Roya Valley report sightings of migrants to the police, while others are sympathetic but prefer not to get involved for fear of getting into trouble themselves.

On 23 November, hundreds of supporters gathered in front of Nice’s criminal court, where Herrou’s case was being heard. His trial ended up being postponed until January, but another local man, Pierre-Alain Mannonis, went on trial for transporting three young, injured Eritrean women, one of them a minor. He said he acted out of a sense of duty and humanity, and the prosecutor requested a six-month suspended sentence. He could have faced up to five years in prison, as well as 30,000 euros in fines. Herrou still could.