South Sudan’s leaders stand accused of industrial-scale embezzlement, ripping off public money to fund property and business investments across the region. That opulence is in sharp contrast to what the vast majority of their fellow citizens are enduring, as they wrestle with chronic shortages and hyperinflation.

Nationwide, food inflation hit a record 850 percent in August, according to the National Bureau of Statistics. Some food price rises are 1,000 percent above the five-year average in Northern and Western Bahr el Ghazal, the World Food Programme has warned.

Renewed fighting in July in the capital, Juba, between the forces of President Salva Kiir and those of his rival-turned vice president Riek Machar contributed to the latest jump in the inflation rate.

The fear the country would return to civil war sent the South Sudanese pound tumbling to the current rate of 80 to the dollar, compared to 15 to one a year ago. That is driving up prices in a country dependent on imports from its neighbours, including much of its food and all of its fuel.

The most vulnerable are in the countryside, where aid workers have only limited access. But a measure of the crisis is that even in Juba, among the salaried middle classes, people are struggling to make ends meet.

Household budgets are being squeezed by both rising prices and the government’s inability to pay its public workers. As the hardship bites, IRIN asked four people in the city how they are coping. 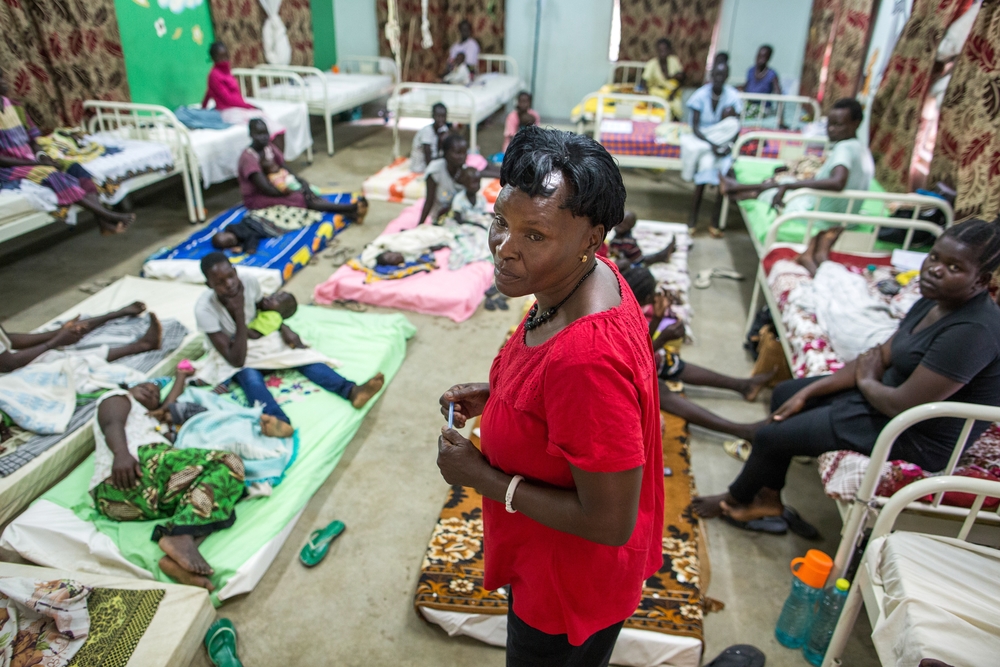 “I have been working in the hospital for 24 years now. I earn 800 pounds a month, which with the current exchange rate becomes just 10 dollars! It’s nearly impossible to survive.

I have five children and I pushed all my live to make a good life for them. But now I’m struggling, basically, with my youngest child, who is 15 years old and I still need to pay his school fees. Sometimes I don’t have enough money to pay for his breakfast. How can he study if he’s not well fed?

Sometimes I think quitting could be the best option. My salary is very small and I haven’t been paid for the last four months because of the economic crisis [Betty’s husband and older children work and contribute to the household budget]. Besides, the hospital lacks a lot of resources, such as electricity and even water. There is not enough capacity to accommodate everybody and supplies are running out. Patients and medical staff are suffering a lot in this centre.

But on the other hand, I think I need to keep working... This is one of the few hospitals in the country that supports children with malnutrition. If I don’t come here, who else will? This is my country and I can’t stay at home doing nothing to improve it, even if the situation is the worst.”

“I never rest. I work all week” 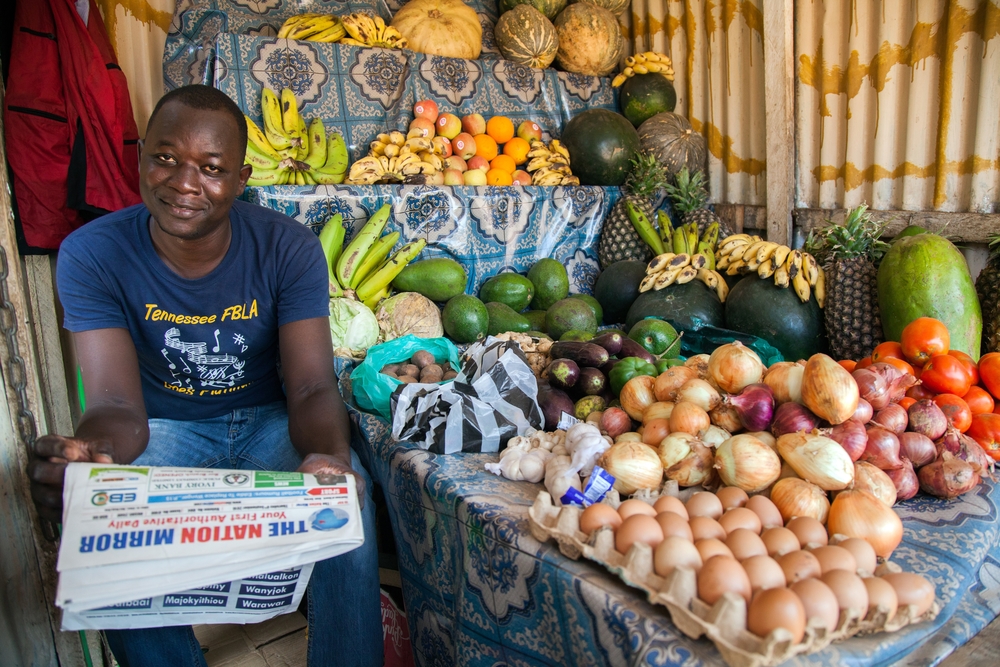 “Since the fighting started again in Juba, I had to send my wife and my six-year-old son to Uganda. I don’t want them to be here. Life [here] is not only insecure but also very expensive, while in Uganda, even as refugees, they have access to health and education.

Selling vegetables in my small shop gives me around 7,000 pounds every month, which I need to convert to US dollars to send to my family in Uganda. With the current exchange rate, I barely get 100 dollars – three or four times less than [only a few] months ago. The currency depreciation has made supporting my family harder.

Food prices are getting ridiculous in the market. For the past few months, they are three, four or even five times more expensive. Before, one banana used to cost 10 pounds. Now, it’s 50! How are people going to buy from my shop?

I never rest. I work all week – more than 10 hours a day – just to keep surviving. It makes no sense to me. I’m considering leaving South Sudan for good and joining my family in Uganda. I think it will be better for all of us.” 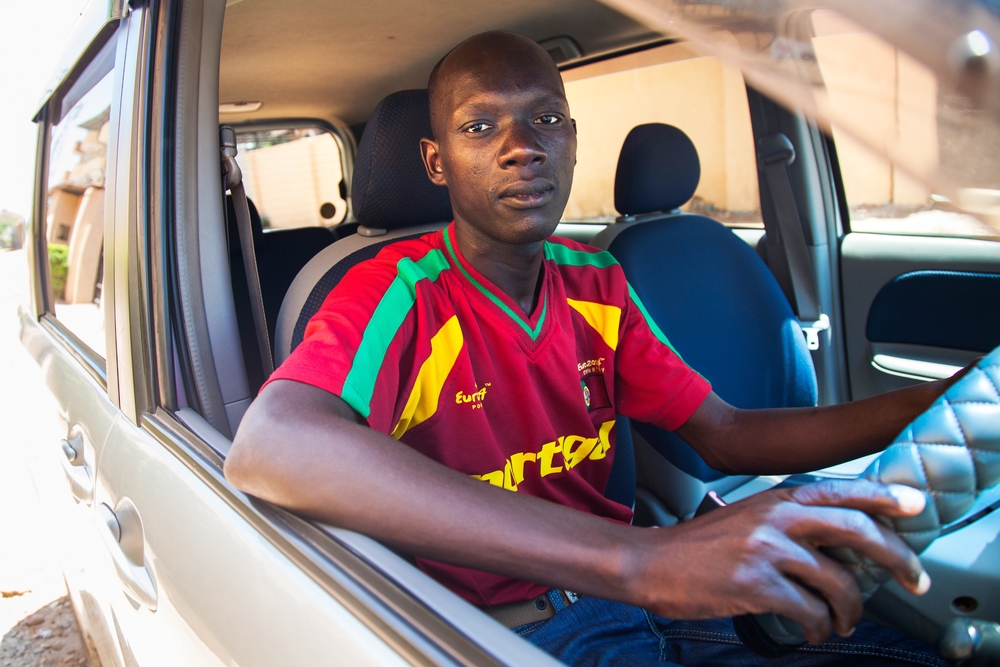 “I was born in Kenya. My father is Kenyan, but my mother, who passed away a long time ago, was South Sudanese. That’s why, in 2011 [on South Sudan’s independence], I decided to come to my motherland and try my chances to do some business and help build a great country.

I started doing small jobs, like charging cellphones in the streets and doing maintenance work for companies, until I met an Ethiopian businessman. He gave me the responsibility to manage his hostel and drive a car to provide transport services.

I save around 200 US dollars a month and, since the inflation in Juba is getting worse, I limit my expenses just to food and water, sending money to my brothers in Kenya and paying the monthly rent on my accommodation, which became four times more expensive in the last year. Now I pay 300 pounds a month, when before it used to be 70. Unfortunately, clothes are a luxury I can no longer afford.

If the situation continues like this, I’ll leave. If there are no positive changes in one year, I’ll go back to Kenya and forget my adventure in South Sudan. 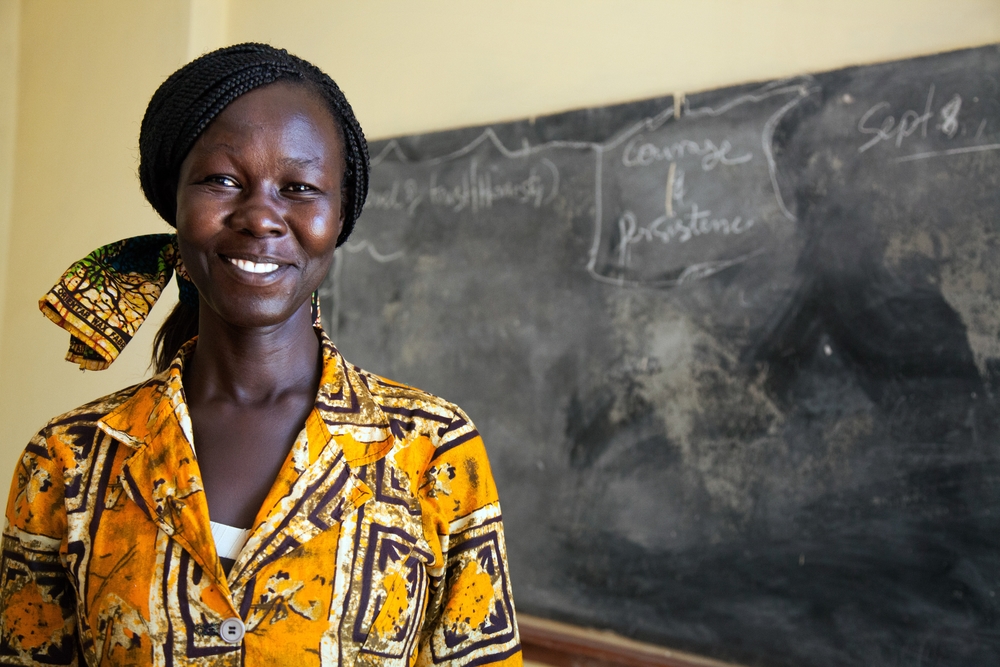 “I was born in Khartoum because my family fled our village due to the civil war. After the peace agreement, I came to Juba in 2008 and continued my career as a lecturer at the university. By then it looked a great opportunity for me to contribute to raising a bright country.

Recently, I became the director [of an education centre], a great responsibility that involves more than 40 teachers and 3,000 students. My monthly salary is 13,000 pounds, which with the current exchange rate is around 170 dollars.

I have five children and we’re struggling to feed all of them with my husband’s salary and mine. I started skipping some of the products that our family used to consume. Milk, yogurt, and fruits have become too expensive. We need to focus on more basic things, such as water. We need three barrels of water every day, which before used to cost 15 pounds. Now it’s 90!

Every year we have health issues to attend to in our family, which makes things more challenging. A few weeks ago I got malaria and I had to spend more than 2,000 pounds to get treatment. I can’t imagine what it’s like for those people who can’t afford it…”