Saif fights the so-called Islamic State for a living and can barely pay his bills. Falih is desperate to leave Iraq, but can’t get a visa. Abdullah works for the government but says it’s corrupt.

These three young Baghdadis are part of a generation labelled lost, chaotic, and ripe for radicalisation, but the truth is they feel disenfranchised from the future being offered by the current government.

“By failing to provide a vision and concrete prospects for the future, it is pressing young men into the straitjacket of jobs-through-patronage, pushing them into combat with either the Islamic State (IS) or Shiite militias or inducing them to emigrate,” warned the International Crisis Group in a recent report.

Young Iraqis, Sunni and Shia alike, agree there’s little to look forward to in a country where poor service provision, corruption, and daily violence is the stuff of private conversation and public protest.

Politicians pay lip service to reform, but talk of reducing the age of candidacy and other appeals to young voters are dismissed as electoral pandering ahead of important provincial polls in 2017 and parliament elections the following year. It will take a lot more than Facebook pages to convince young Iraqis that their future is anything but grim.

By UN count, 473 Iraqi civilians were killed in acts of terrorism, violence, and armed conflict in August alone, 231 in Baghdad governorate. Nearly 3.4 million Iraqis have been displaced since the conflict with IS began in 2014. And last week Human Rights Watch alleged that forces aligned with the Iraqi government have been recruiting children to this struggle.

Young men who have grown up since the fall of Saddam Hussein have few options. Job opportunities are few. Salaries are low. As the ICG report highlights, Iraqis effectively must find a way into employment via a government patronage system, join a militia, or leave the country – nearly 149,000 Iraqis applied for asylum in Europe in 2015.

As Iraq’s government and the wider international community focuses on the fight against IS, they ignore their young men – not to mention their young women – at their peril.

Here’s how it looks from the perspectives of Saif, Falih, and Abdullah:

Did you have trouble finding a job?

When my father passed away, I had to quit [secondary] school to look after my family… I worked as a construction worker. It’s a hard job, but easy to get. But when IS gained territory in Iraq and after [Iraq’s most powerful Shia leader Grand Ayatollah Ali al-Sistani issued a fatwa calling on believers to fight IS in June 2014], I joined the Popular Mobilisation Forces.

I couldn’t find a government job anyway because they asked for a $5,000 [bribe]. I’ve never earned that much in my life.

Finding a good job in Iraq has become really difficult. It’s like you are looking for a needle in a haystack. Employment is just for people who have government connections and can pay.

Do you make enough to get by?

Although the [militia] salary doesn’t cover all my expenses it’s still better than nothing. Half of my wages go for rent and the rest to my mother.

Depression and continued violence have pushed some people to join militant groups because they offer good money. It’s the same reason people leave the country.

It’s a high-risk job since we are dealing with terrorists. I could die at any moment, but I have no choice.

Finding a good job in Iraq has become really difficult. It’s like you are looking for a needle in a haystack.

I wish I could leave and raise a family outside Iraq, but I have to stay here with my mum and brothers because I’m the oldest and I have to look after the family.

I would have left years ago if I had the chance. The future in Iraq is unknown and dangerous, with such political chaos and a constant security crisis.

Do you think Sunnis and Shias have equal opportunities?

[I’m Shia] and there is no justice in Iraq amongst Shias. So how can we imagine justice between Sunnis and Shias and the other sects?

The political situation in Iraq is a dirty game played by politicians who steal everything, even our dreams and aspirations… they serve only themselves.

We are depressed for all the time that has been wasted going up to the election. I would fire all the politicians if it were up to me.

Do you have hope for the future of Iraq?

I wish I could be optimistic, but so far there are no positive indications. 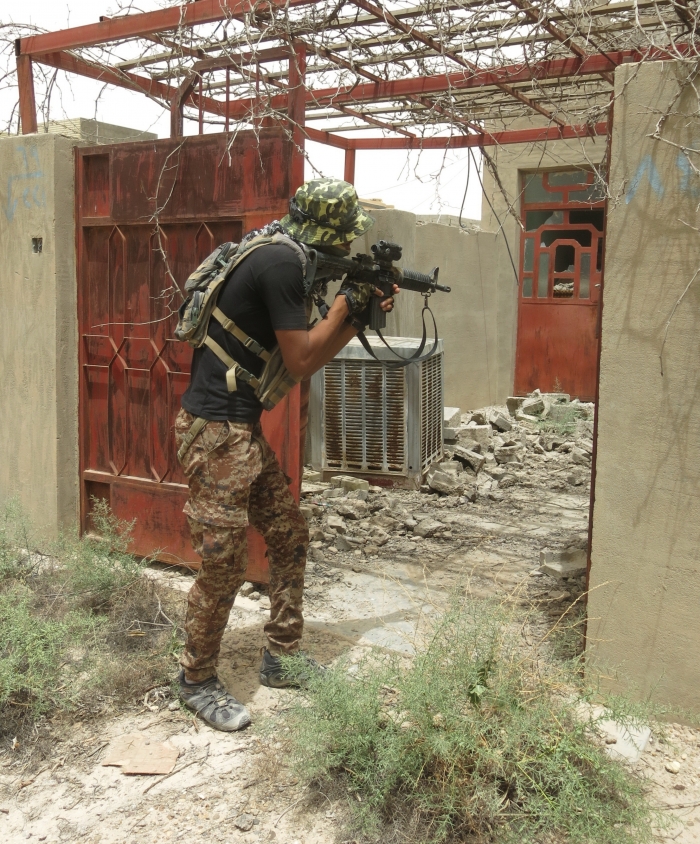 You have a BA in computer science but you work as a translator. Was it tough to find a job after graduation?

After graduation, you can get a job, but it’s hard to find your dream job or one that you think you are good at. But at the end of the day you have to work even if it’s not in your field.

I had a lot of problems trying to find a job. The worst was nepotism. If you don’t have connections, it’s harder to find a job. Wages are low and working hours are long.

Do you make enough money get by?

I make enough to pay my bills and survive, but it’s impossible to buy a house because [salaries are too low]. I don’t even think about that.

There are a lot of problems in Baghdad. It’s not easy. The first and most important is the security situation; second is the electricity; third is the water; and fourth the sewage. The country doesn’t have good infrastructure.

I have decided to try to leave. I was born and raised here, and it’s not an easy step to leave everything and go to a new country and start from zero.

But I still haven’t found a good way to leave. If I have the chance I will take it.

You are Sunni. Do you think Sunnis and Shias have equal opportunities?

There are equal opportunities, but only for Shias or Sunnis who have connections with politicians or belong to political parties. Regular people are in hell.

Ninety percent of Iraqi politicians are pickpockets and robbers. They got into politics to make money, and their families live abroad. They are serving their parties and pockets, that’s all. I would like to see Iraq ruled by a monarchy, I think it’s the best chance this country has.

Do you see yourself building a future here in Baghdad?

I just work to pay my bills and survive. The future is an unknown for all Iraqis so I wouldn't want to raise a family here. I don’t even think about marriage or kids at the moment; life is just too complicated.

I don’t have a clear view about what Iraq’s future holds… it changes each minute.

Was it difficult to find a job?

Many Iraqis study for years and then can’t find a job after graduation. I was lucky to get this job, but the salary is worthless when you compare it with the high cost of living and the risks we take each day.

If you are a government employee and not corrupt you’ll never make enough to buy a house.

There are so many difficulties in Baghdad: traffic jams; lack of electricity; no security; an unstable political situation; lack of law and order. Everything is devastated, even the infrastructure.

I have been thinking about leaving the country, mostly because of the security situation and the absence of law and order. We are living like we’re in the jungle.

You are Sunni. Do you think Sunnis and Shias have equal opportunities?

It used to be that Shias had priority in getting [government] jobs, but now both Sunnis and Shias have trouble finding jobs without nepotism. The security apparatus is clearly sectarian and Shias are the only ones who can get work in security.

The security system in Iraq has failed because of the people who are ruling the country. They’ve spread sectarianism and corruption. The politicians and the political system needs complete restructuring.

Iraq’s future is black. I’m not optimistic at all.

Saif, Falih, and Abdullah refused to be photographed because of security concerns.