This article is part of our in-depth coverage. Read more like this...
TAPACHULA

Behind an unmarked brown door sandwiched between a rundown motel and a fried chicken joint in the southern Mexican city of Tapachula, lunch is being prepared on an outdoor stove, while children sit around dusty picnic tables scrawling in school notebooks.

Verdugo, a member of the Evangelical Church, founded Todos por Ellos (“All for Them”), a children’s shelter, in 2009 in response to the growing number of Central American minors arriving in Tapachula – a sleepy, tropical city about 40 kilometres from Mexico’s border with Guatemala.

In a bid to keep them off the streets, he struck a deal with a local primary school to allow the children staying at the shelter to attend classes. “Kids in school are less likely to be recruited by gangs,” he reasoned. 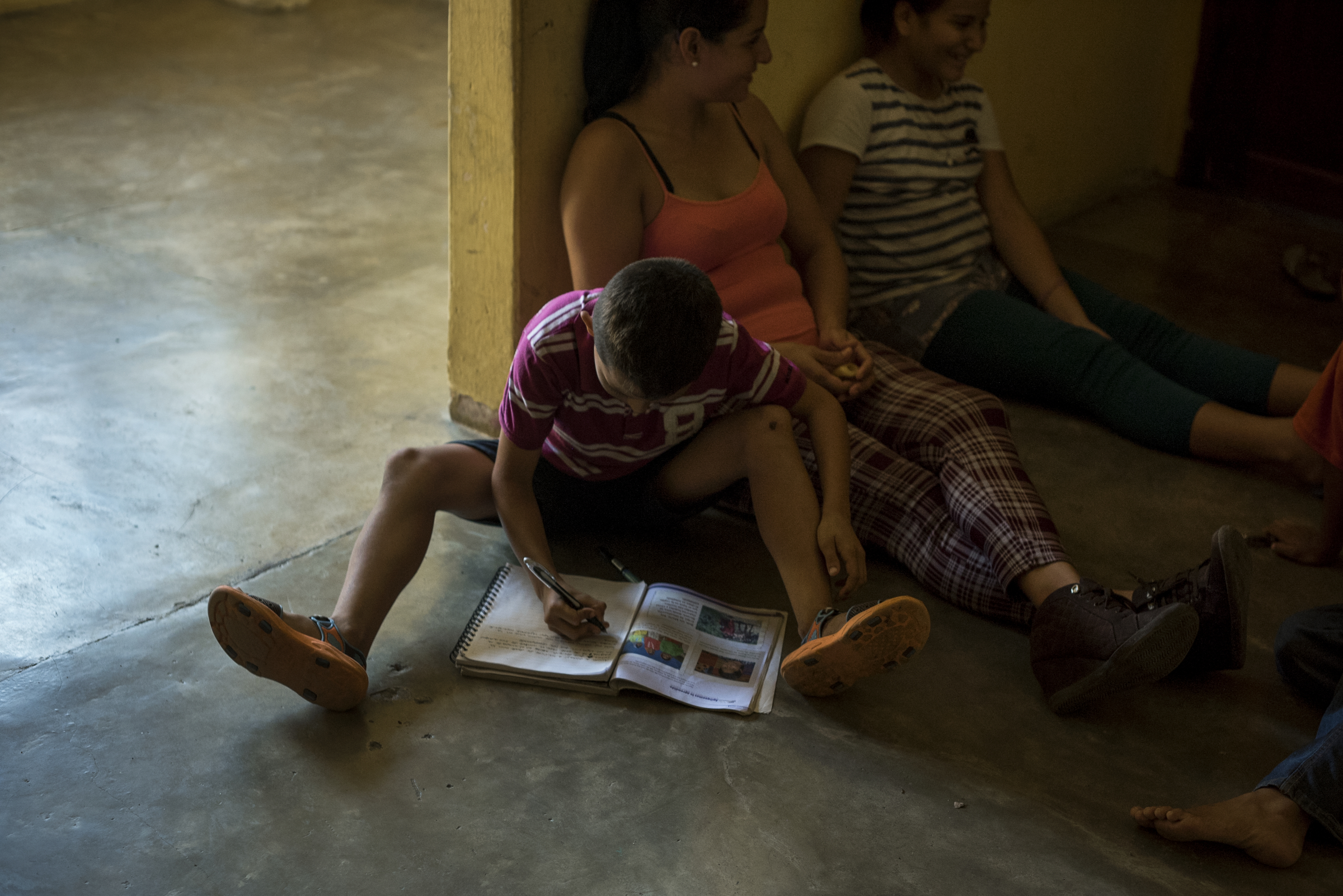 Six years ago, most of these forgotten youths were Guatemalan. But as gang violence has spread across the so-called “Northern Triangle” region, many more children from El Salvador and Honduras are also crossing Mexico’s southern border.

In recent years, these tiny Central American nations have competed for the unwanted title of global murder capital. Last year, violent deaths in El Salvador shot up by 70 percent, putting the country ahead of Honduras as the most dangerous place in the world outside of warzones. In 2015, there were 6,657 murders, a level of violence not seen since the country’s bloody civil war three decades ago.

One of the victims was Norma Alicia Martínez’s 16-year-old son Carlos, a member of the Mara Salvatrucha gang (also known as MS-13), who was gunned down last May on the streets of Usulután, El Salvador.

Hoping to save her two youngest children from a similar fate, Martínez, 41, bundled her eight-year-old son Wilber and 10-year daughter Liliana into a taxi and headed to the capital, San Salvador. From there, they took a bus to the northern border of Guatemala, where locals instructed them on how to reach a migrant shelter in Tapachula. “My only concern is getting my remaining children as far away from the gangs as humanly possible,” said the tearful Salvadoran mother, from the stoop of the All for Them building. 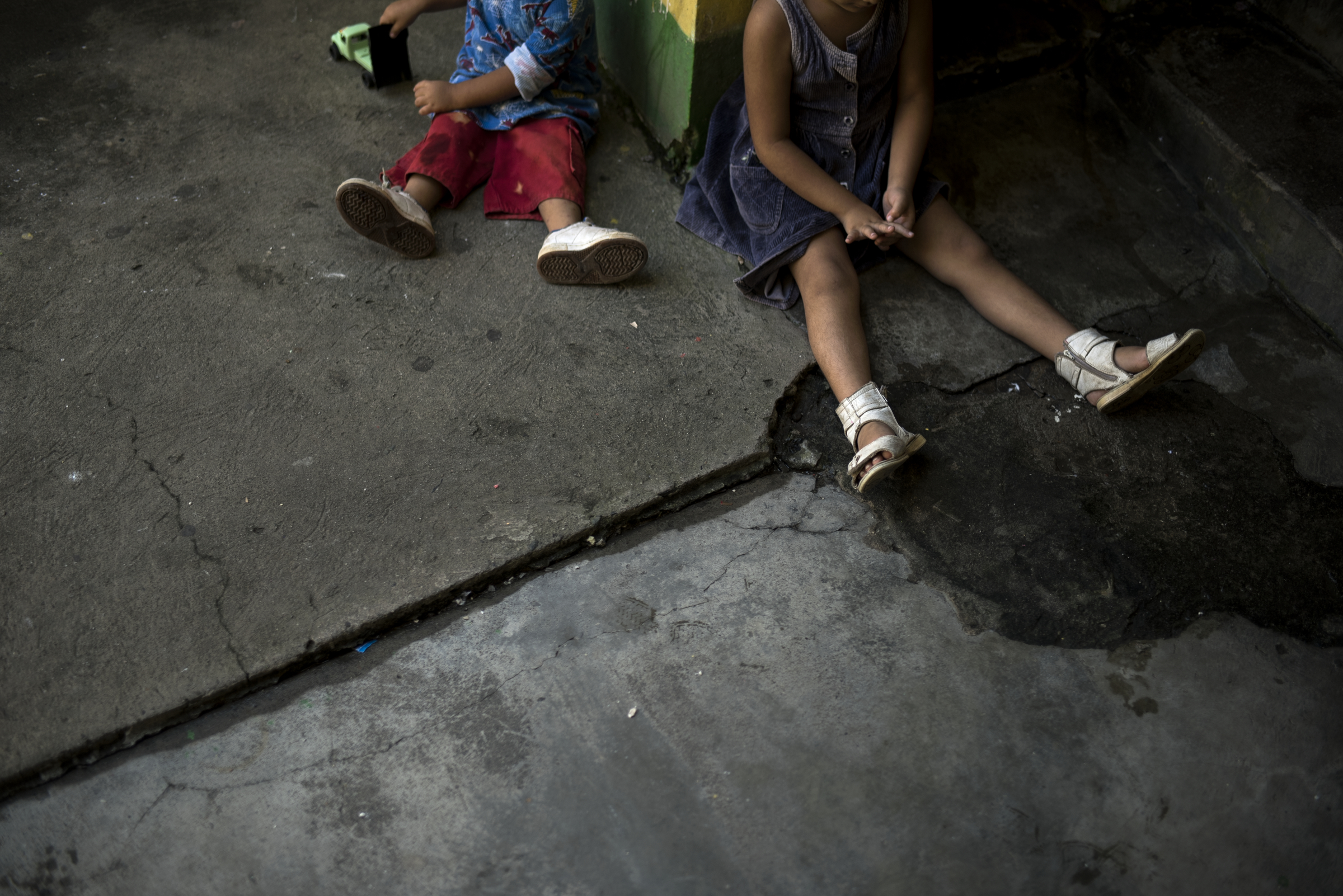 In another nearby shelter, Jesús el Buen Pastor (“Jesus the Good Shepherd”), Digna Hernández Turcios, 13, sits on the cement floor, her knees pulled up to her chest, staring listlessly at a TV screen. On Christmas Day, she watched as three men stormed into her family’s home in San Pedro Sula, Honduras, and sprayed her uncle with bullets. Her mother, Damaris Yamileth Turcios Lara, 30, told IRIN he’d been murdered because he refused to join Barrio 18, the deadly Central American street gang. Fearing further reprisals, the family fled to Mexico. “There are no human rights in my country,” said Turcios. “It is useless to go to the police; the only thing you can do is run.” 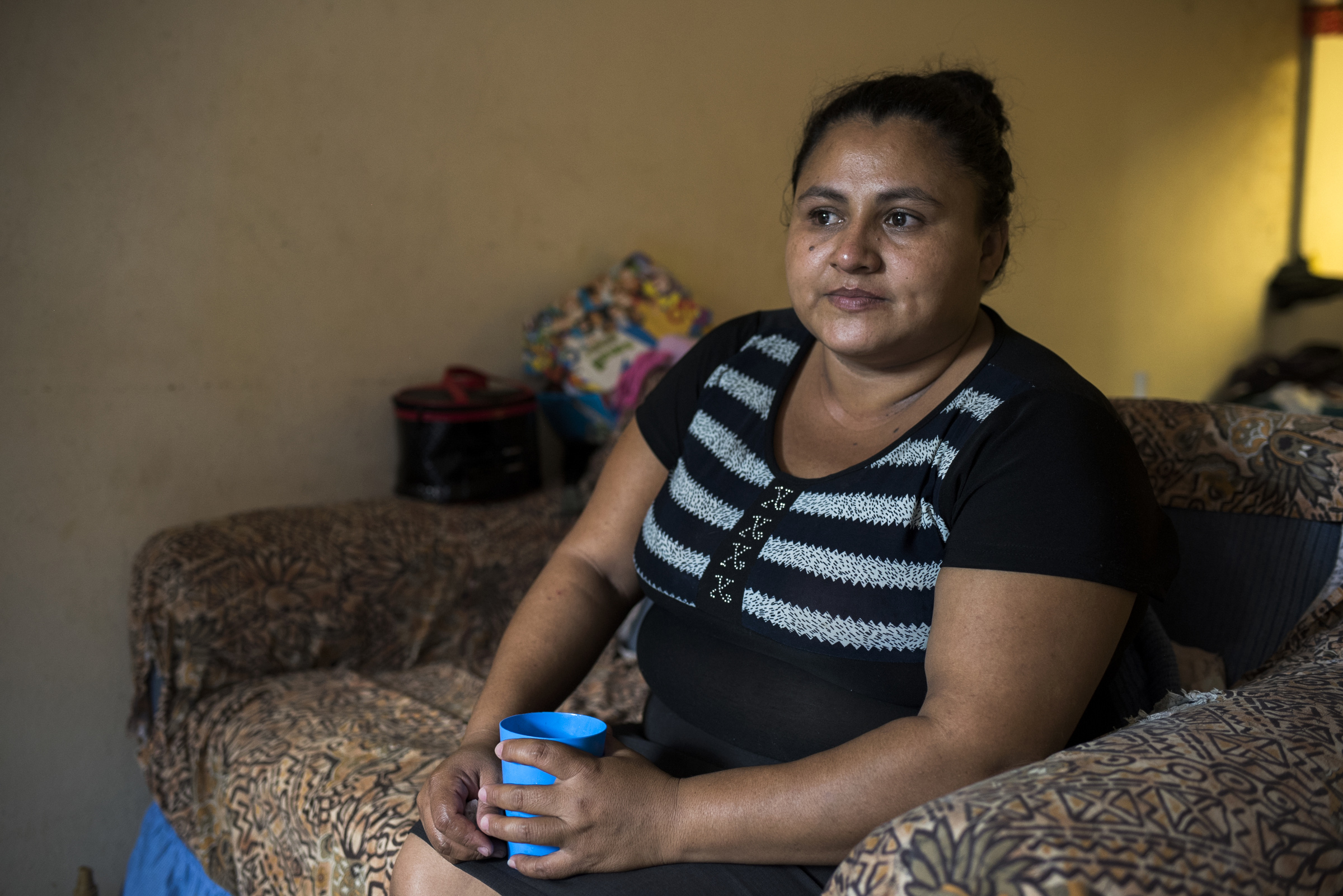 As the violence shows no signs of abating, experts warn that the United States can expect to see a rising number of Central American children arriving on its doorstep.

“What we are seeing is that the deteriorating situation in the Northern Triangle is fuelling a looming refugee crisis, with people fleeing anywhere they can to find safety,” said Alice Farmer, a protection officer at the UN’s refugee agency, UNHCR, in Washington.

According to US Borders and Customs Protection data, as many as 21,469 people in family units were apprehended at Mexico’s northern border in the last three months of 2015, almost triple the number compared to the same period the previous year.

At the same time, the number of unaccompanied children or youths travelling without an adult family member more than doubled to 17,370. In December alone, which is usually a slow month for undocumented crossings because of the cold weather, 6,782 unaccompanied minors were apprehended. 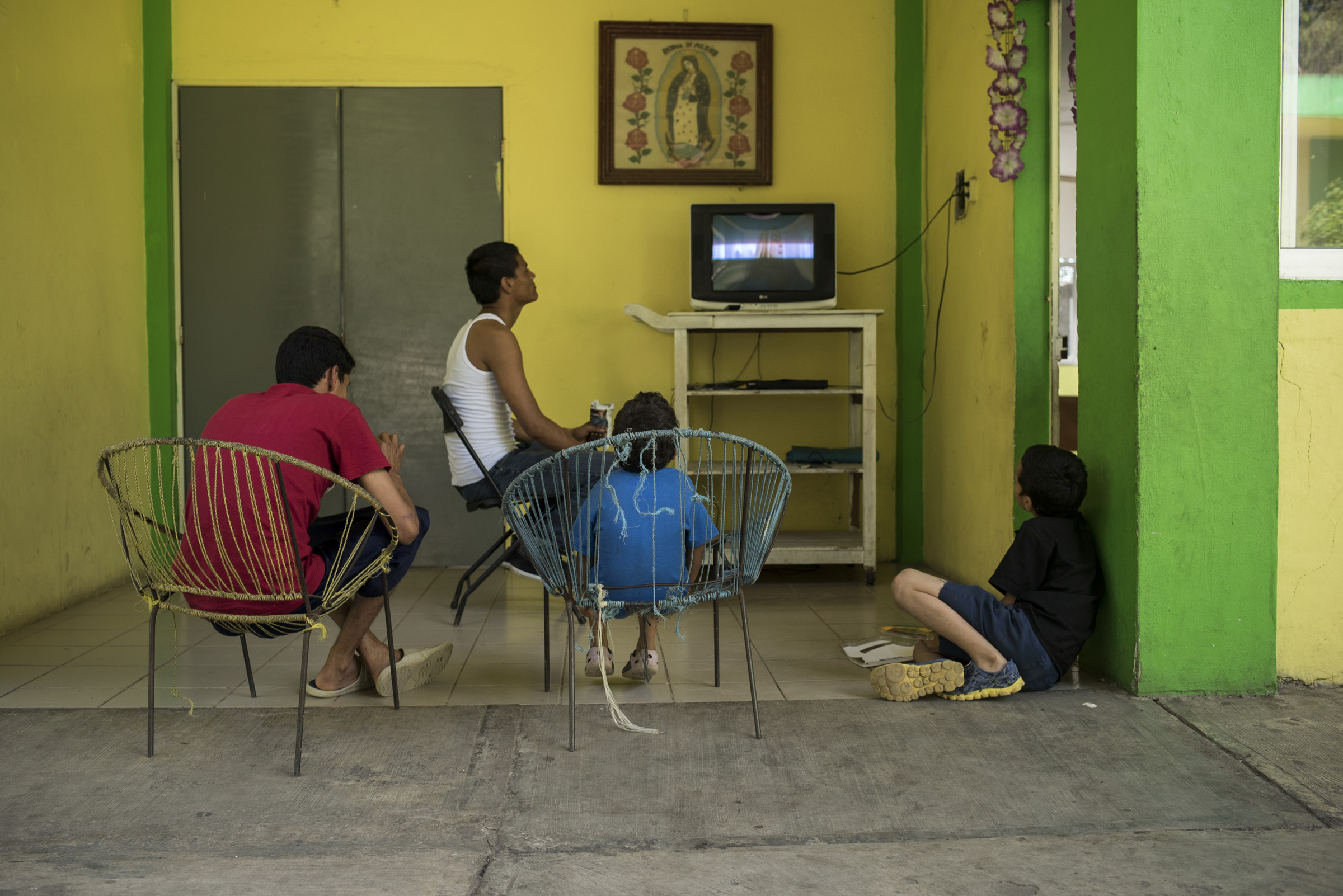 Under pressure from the US, Mexico has attempted to stem these flows by beefing up border security in the south of the country through its “Southern Border Plan”, launched in mid-2014. The initiative has come under heavy criticism by human rights groups who say it has increased the unlawful detention of asylum seekers, including children, and is forcing them to use more dangerous routes to avoid detection.

Undocumented migrants are now finding it more difficult to ride on top of “La Bestia”, the cargo trains commonly used to travel north to the Mexico-US border. Instead, they are taking buses and walking through the jungles and mountains, leaving them more exposed to the elements and to bandits, said Andremar Galván Serrano, chief coordinator of the migrant support group Coami in Mexico City.

“Of course I’m worried,” said José Campos when asked about his plan to cross Mexico by bus and on foot, skirting around border security checkpoints by detouring through jungle. “But not for me,” added the 43-year-old Salvadoran, indicating the slim teenage girl perched on a rock outside the Belén migrant shelter in Tapachula. “I’m worried for my niece.”

Children and women face additional risks from Mexican criminal organisations and Central American gangs (whose reach extends well into Mexico) who seek to recruit them or sell them into sexual slavery. Local police and migration authorities are sometimes complicit in the abuse. 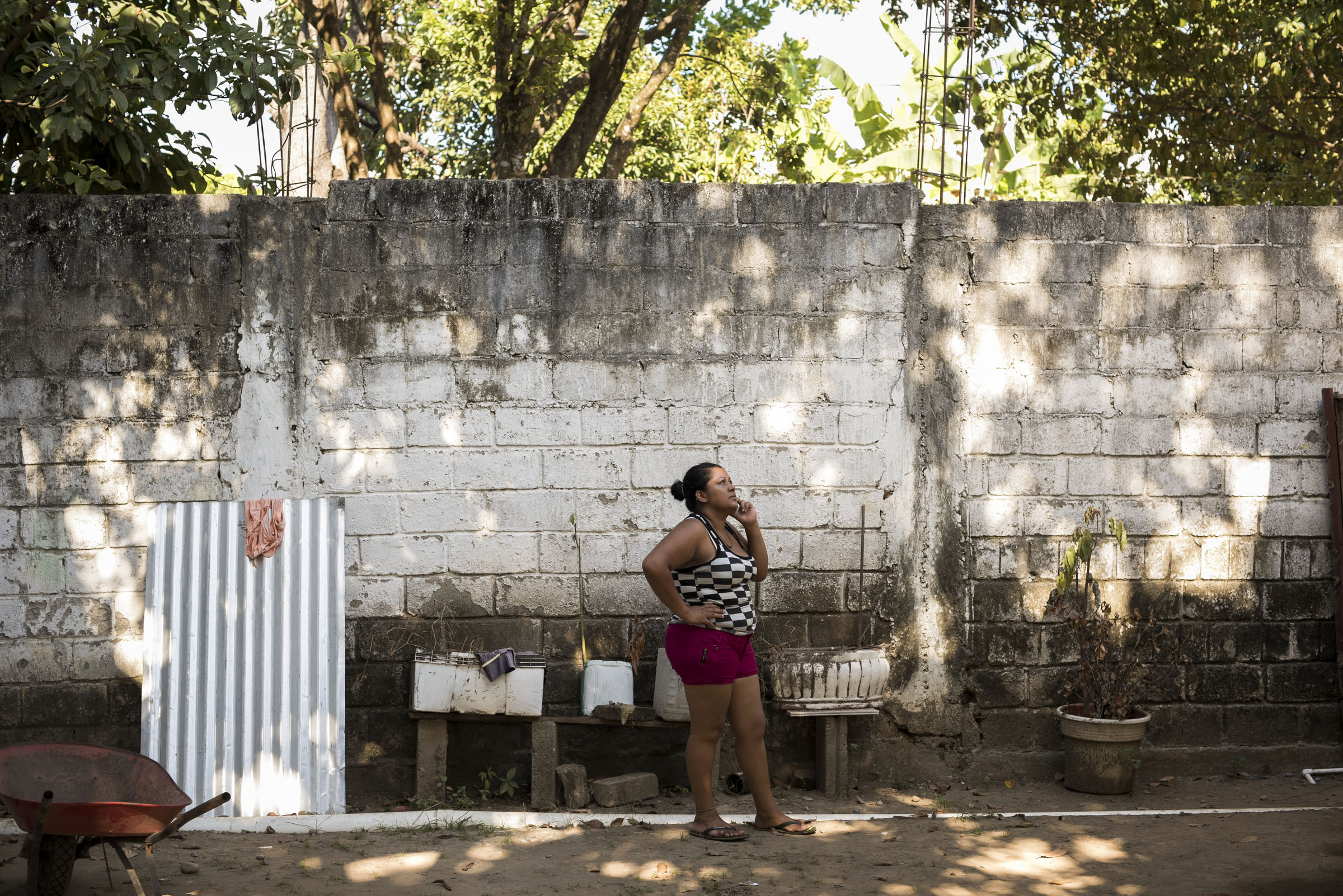 “The risks of the journey are enormous,” said Farmer. “I think people worry a great deal about bringing their young children with them, but they feel they have no option.”

While some unaccompanied minors are returned by plane to their home countries, others are brought to child shelters run by the Mexican family welfare agency, DIF. In spite of a 2014 law that prohibits child detention, some are also sent to detention facilities run by the National Institute of Migration, INM, due to a lack of space at the DIF shelters.

“In many cases, children are waiting in detention because there are not sufficient alternatives,” said Mark Manly, a UNHCR representative in Mexico City. “Many Mexican states do not have DIF shelters, and implementing the law requires additional human resources, financial resources, and infrastructure."

At Tapachula’s two DIF shelters, which cater to unaccompanied minors and those travelling with female relatives, “children spend all day long doing nothing,” said Perrine Leclerc, head of UNHCR’s field office in the city. “They don’t have enough staff to look after the children or to organise activities. It is only the basics,” she told IRIN. “They give you a bed and they give you food.”

Detention can last for as long as three months if children make asylum claims while in government custody. Only those who manage to apply for asylum at the offices of the Mexican Commission for Refugee Assistance, Comar, before being apprehended by migration authorities can avoid detention and legally stay in the Mexican state where the claim has been made for the duration of the process.

According to Leclerc, the Byzantine system has acted as a deterrent for children to apply for asylum. “What we are witnessing is that they prefer to be deported and re-enter Mexico, where they can apply for asylum directly at Comar and avoid being detained.”

Between January and October last year, more than five times as many unaccompanied minors were apprehended in Mexico than applied for asylum. Moreover, 60 percent of the applications that were made ended in rejection.

Mexico has limited resources to accommodate the growing numbers of child asylum seekers. The few civil society-run shelters were mainly designed to provide brief respite for migrants transiting through Mexico and are ill-equipped to take in asylum seekers whose accommodation needs span months rather than days. 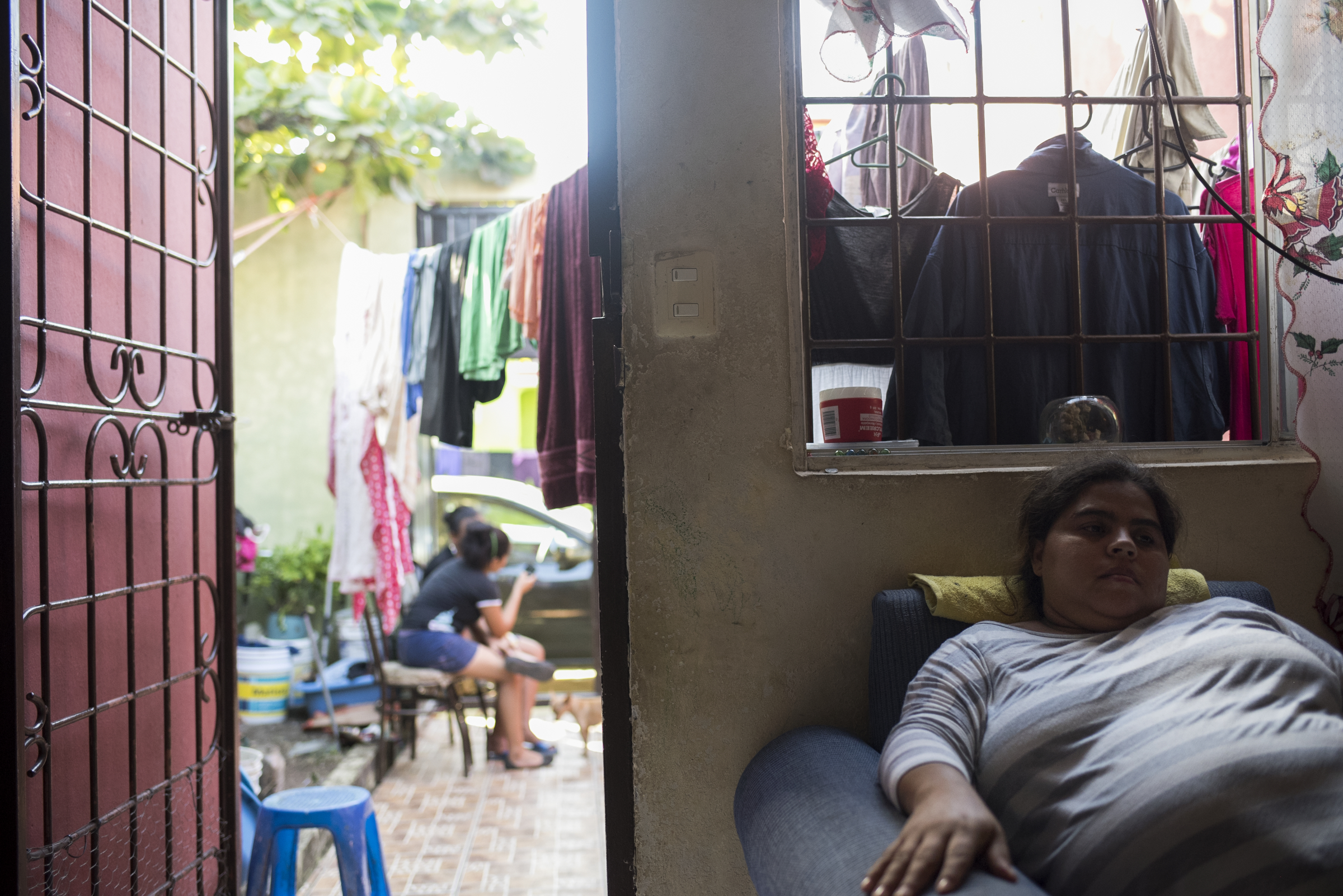 The dilemma led Milagro Del Socorro Romero Aguilar, a cook at one of the Tapachula shelters, to offer Damaris Yamileth Turcios Lara and her children a room in her two-bedroom flat. “What could I do? The two girls are my daughter’s age,” said the bubbly Romero, stroking a pet Chihuahua in the tiny living room she now shares with the family of five.

Once an undocumented migrant herself, the Nicaraguan moved to Tapachula in 2003, where she met and married her Mexican husband. “It was very different back then; things were easier for migrants,” she told IRIN. “Now there is nowhere for them to go. There is no place for children.”