This article is part of our in-depth coverage. Read more like this...
KOUSSERI/DOUALA

Nadine Wondje, a native of Manoka, an island off the coast of Cameroon’s economic capital, Douala, fears the sea will soon “swallow” her village.

“Those poles and the other stakes you see is what remains of our homes that were once located there,” she told IRIN, pointing out to sea. “We have been displaced many times, each time further and further inland.”

Wondje doesn’t know where her family will go the next time a storm destroys her house, but coastal erosion and regional flooding have forced many away already.

On Cameroon's Manoka Island, which is threatened by flooding, residents say there is little they can 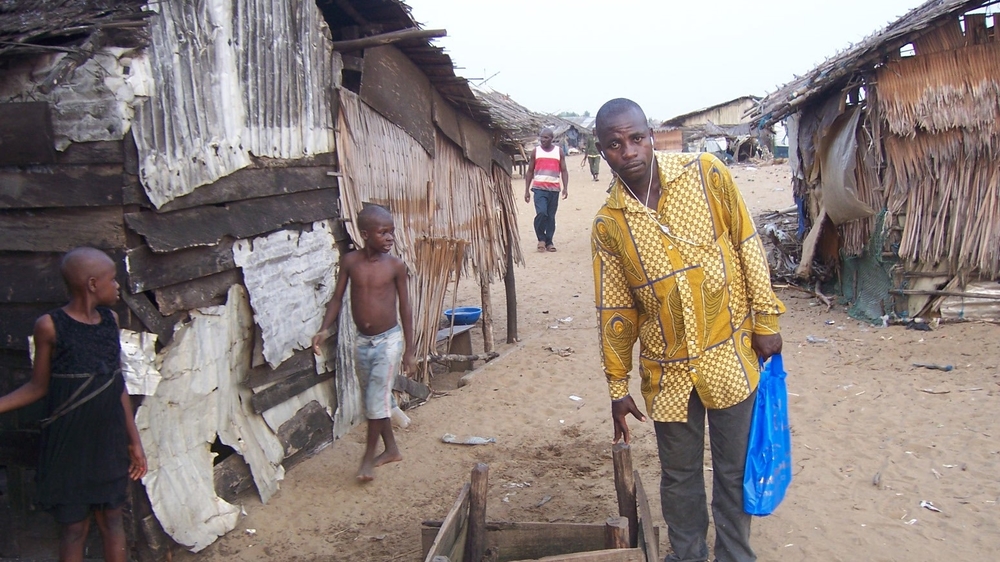 Tens of thousands of people in Cameroon are not only being driven from their homes and communities due to deadly attacks by Boko Haram, but also, increasingly, because of extreme weather events, including drought and monsoon rains.

At least 120 villages have been destroyed since 2012 by flooding, along with thousands of hectares of farmland, according to Cameroon’s Ministry of Territorial Administration and Decentralization.

Hamadou Mainou, a 41-year-old fisherman, lost his home along the Logone River in the Far North Region during a storm earlier this year.

“At least half of the homes in this village [Glaou Bardai] have been taken by the wind during the last six months,” he told IRIN. “I was able to rebuild my house once before, further inland, but now the floods destroyed it again. This latest time, my boat and its motor, my nets and my stock of fish, were swept away by water. I have nothing left.”

Mainou was forced to leave, along with his two wives and children, to look for work in Kousseri.

As water levels continue to rise along the Logone River in northern Cameroon, and as heavy rains flo 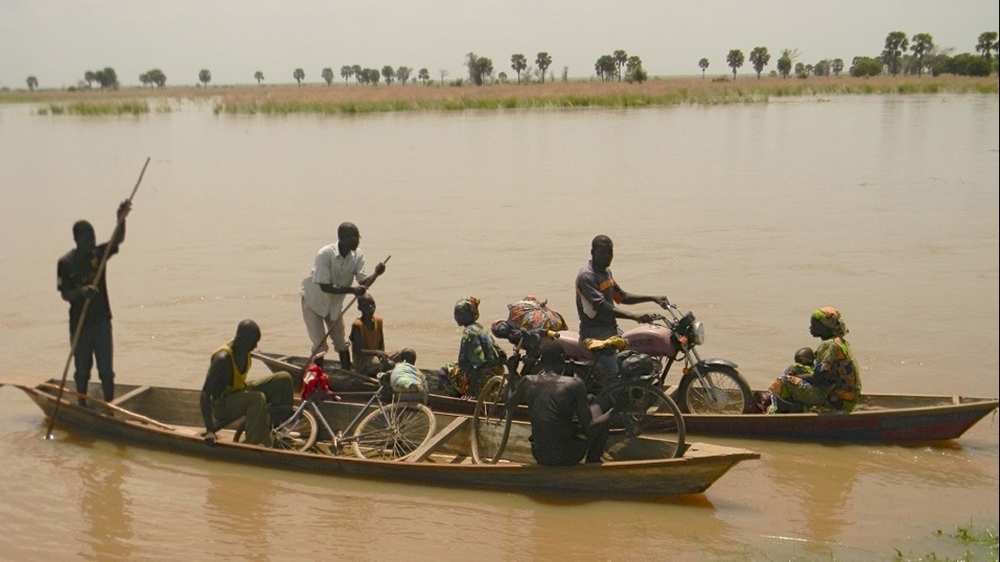 Some 70 kilometres away near the border with Chad, Kousseri has also become a place of refuge for thousands who have fled Boko Haram, the Nigerian Islamist group that has recently launched a spate of cross-border attacks into Cameroon. As others displaced by weather events join them, employment is hard to come by and there simply aren’t enough places to live.

“We’ve seen a large number of people abandon their villages,” Henri Mani, an engineer at the French Agricultural Research Centre for International Development (CIRAD), told IRIN. “In the west of Cameroon, the problem of access to water in certain communities makes life quite difficult, and in the north of the country, drought is destroying pastures and fields, as well as driving up the prices of local crops and meat.”

The situation is particularly bad in the Far North Region, where close to 100,000 people have fled violence and taken refuge within host communities or camps for the internally displaced. More people than ever are now competing for already scarce farmland.

“Faced with the negative impacts of climate change in places where Boko Haram already harasses, countless farmers and herders in the Far North are now in search of more bountiful lands,” Abel Gwoda Adder, a professor at the University of Yaoundé, told IRIN. “We aren’t far from an additional war over land and water.”

There are no easy answers when it comes to solving climate change, especially in poor, underdeveloped countries where governments have limited means. But experts say there a number of measures that can be put in place to help lessen the impact that people feel.

This includes things such as better water management in dry areas, flood prevention and mitigation strategies, and implementing policies to help manage people’s movements from high-risk areas to safer ones.

“The negative impact that these extreme and strange weather events are having on this country is closely linked to its lack of preparedness, which would give it the capacity to better respond,” CIRAD’s Mani said. “The government should integrate climate change adaptation strategies in its national development plan to protect and improve the livelihoods of hundreds of thousands of its citizens. “Improving agricultural productivity is also a way to reduce the vulnerability of people faced with a changing climate.”

Charles Eleme, who works as a town advisor for the city of Douala, said that growing populations, particularly in urban areas must also be taken into consideration.

“Douala is overpopulated [with some five million inhabitants] and the population is only growing,” he told IRIN. “This city risks, inevitably, flooding, and flooding in a city with that many people is a threat to the stability of the entire region.”

The slums of Douala are now home to an increasing number of climate change refugees, whose homes hav 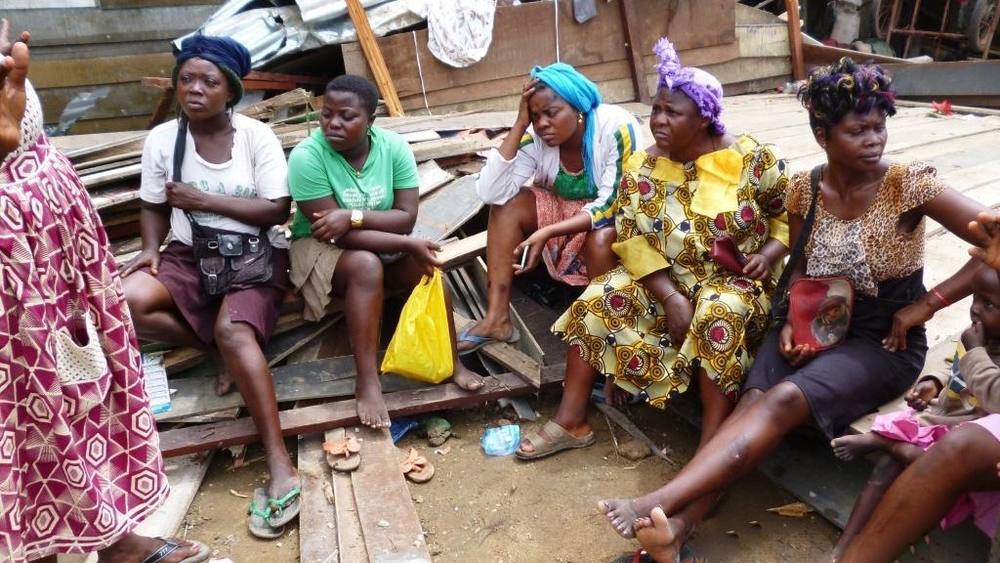 ‘Refugees on our own land’

Jean-Pierre Nana, director of civil protection at the Ministry of Territorial Administration and Decentralization, insisted the government was aware of the problem and dealing with it as best it can.

“We haven’t been skimping on the means needed to help permanently ensure the protection of people, goods and the environment against the risks… of natural disasters or catastrophes, in order to reverse the effects of these disasters,” Nana told IRIN.

The official cited the setting up in 2014 of a unit for disaster prevention in the Far North Region as just one example of the government’s efforts.

The Ministry of the Environment and Nature Protection said it too continues to promote sustainable management of forests and reforestation campaigns.

But in Cameroon’s coastal communities, the water level continues to rise as villagers cut down the mangroves to build new houses and smoke their fish.

“Coastal erosion is happening so quickly that every day crops and homes are being destroyed,” Maboua Moulema, a village chief on Cap Cameroun Island, near Manoka, told IRIN. “So many people have abandoned this place over the past year… Others have stayed but now sleep under the stars. We have become refugees on our own land.”