Eighteen months ago, the small Yemeni village of Al-Hamza* was awash with joy. A mass wedding dominated its small streets, with a few dozen couples tying the knot simultaneously.

But one morning last month, many of those same families awoke to find their men gone. Sixteen of the village’s men had disappeared in the night, including eight who had married that day.

The men had gone off to fight for the Houthi rebel group, which was battling for control of the city of Marib. Most of them hadn't told their wives or their families where they were going.

Within days they were back in body bags. Their training base in the town of Jihana had been hit by an airstrike. All 16 of Al-Hamza’s men were killed in an instant, along with more than 90 others killed, according to witnesses.

The battle for new recruits

A Saudi Arabian-led coalition has been bombing Yemen since March in a bid to force pro-Iranian Houthi rebels from power and reinstate the deposed president, Abd Rabbu Mansour Hadi.

On the ground, the Houthis have been battling a ragtag assortment of pro-Hadi militias and armies supported by the Saudis. With little sign of a breakthrough and the death toll mounting by the day, both sides have been resorting to increasingly coercive tactics to get new recruits.

Yemen’s warring leaders like to give the impression that their armies are well-trained, battle-hardened elites, but in reality many of their footsoldiers are poor and desperate family men forced into action by circumstance.

Abdullah Saleh Qasim left his pregnant wife and four children in the Bani Hushaish tribal area northeast of Sana’a to join the fight in Marib against the Houthis.

The villagers thought he went to fight for religious reasons, but his elder sister Fawzya said it was due to pressure from the Muslim Brotherhood-affiliated Islah party. The Houthis first began a rebellion in 2004 and have clashed with government forces and Islah militants periodically since, including last year.

Abdullah, 35, had fought the Houthis in 2012 but quit the armed struggle for a civilian life. With the escalation of the conflict this year as the Houthis seized control of Sana’a and much of the western half of the country, Islah has been stepping up the hunt for new fighters.

A photo of Ameen Ali Ayid, who was killed fighting against the Houthi rebels in Yemen in June 2015 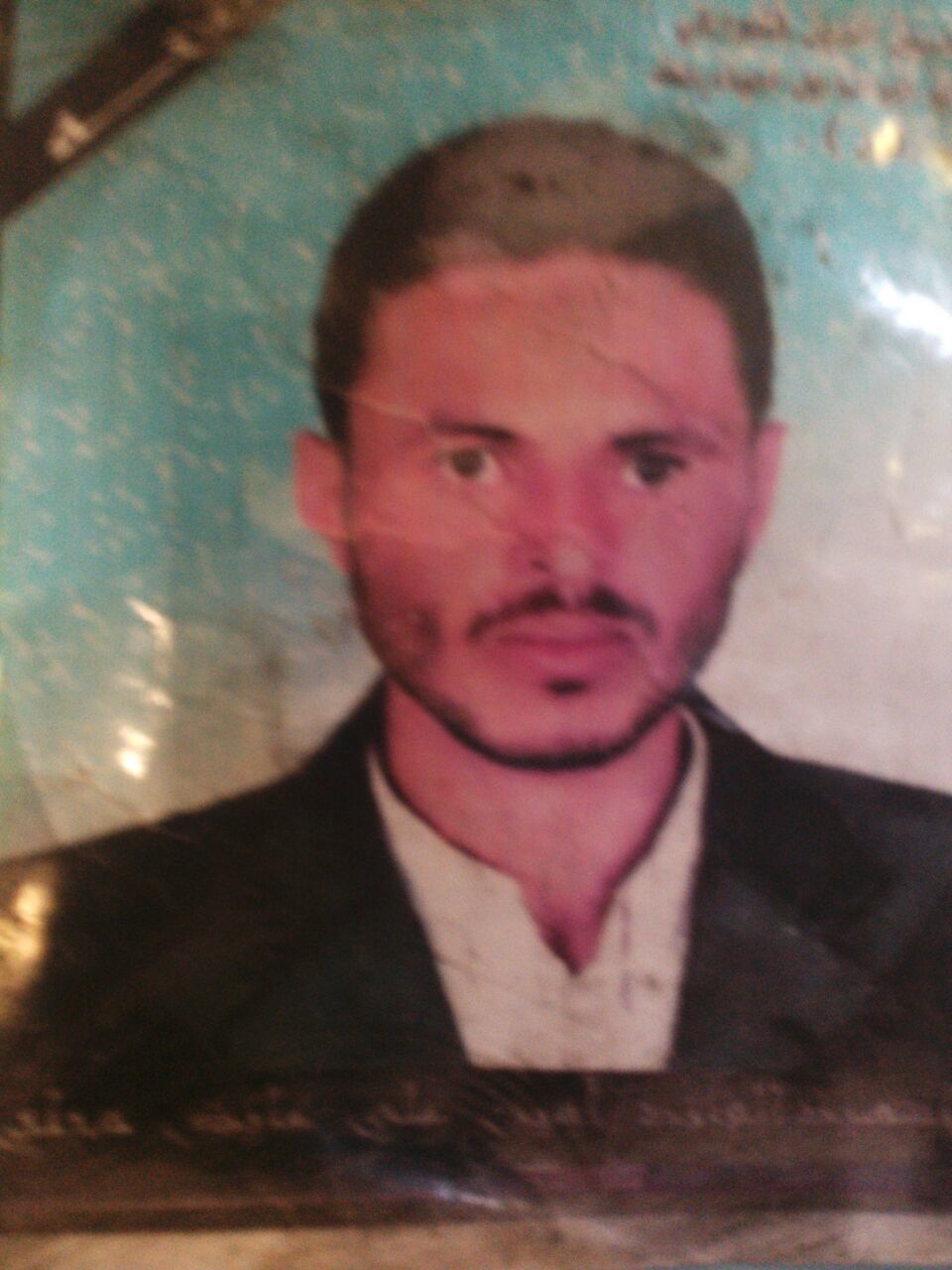 “My brother did not want to go to war,” she said. “But the Islah members in our village kept pressuring him, either by promising to give him $250 or by threatening him (by saying) that Houthis already knew he had fought them before and they may come to take him from his house and arrest him.”

“On the day he went, he came to me and told me (before leaving),” Fawzya said. “When I tried to stop him, he said he would not wait until the Houthis came to take him from his house in front of his wife and children.”

Abdullah was killed during the clashes in Marib. His body could not be retrieved. It was only Fawzya that knew Abdullah had gone off to war. He had told his wife, his mother, his brother and his children that he would be working as a guard at a factory in Sana’a.

When fellow fighters arrived to inform the family of Abdullah’s death, offering about $1,000 for the funeral, his brother Mohsen refused to take the money and kicked them out of his house. “Where is his body to do condolence ceremonies?” he screamed.

The family is still angry at the Islah party for their lack of support, said Hameed, one of Abdullah’s friends.

Pain on both sides

Back in Al-Hamza, Mohammed, 22, was among those married a year and a half ago. He left behind a three-month-old son. His uncle Ahmed was one of those tasked with going to retrieve the bodies of those from the village who had been killed in the airstrike.

The bodies were so badly burned they couldn’t be identified, Ahmed told IRIN. In the end they took a few body parts back to the village and buried them, even though they weren’t sure if they belonged to the Al-Hamza men or not. For days afterwards, the men, women and children of the village sobbed.

It is tradition in Yemen after someone has died that relatives, friends and people from neighbouring villages all come together to offer condolences in tents and halls. But the fear of airstrikes was such that only close relatives were invited to Al-Hamza and they were received in houses instead.

Many young men set off thinking they are going to fight Saudi Arabia but end up being killed by fellow Yemenis, who find themselves on the other side of a brutal civil war, which has claimed more than 2,000 lives since March and led to a deepening humanitarian crisis marked by chronic fuel and food shortages.

Ameen Ali Ayid, 32, from the Khawlan tribe, died fighting the Houthis for Islah. Unlike others, he required little persuasion – believing he was defending Islam and Yemen from an Iranian invasion.

His mother said he had promised before his departure that it would be the last time he would take up arms. “But he never returned,” she told IRIN, through tears.

She was devastated, but not all Ameen’s family members were angry. Some were happy and proud, believing he had died as a martyr. “Ameen’s sister-in-law was cheering when his dead body was brought (home), and only his wife and two sons were crying loudly for losing him,” said Fatima, a distant relative.

Again, though, there was disappointment that the Islah party, so vocal in encouraging young men to go to war, was not helping their families enough after they were gone.

“His family and the villagers expected that the party would assign a monthly salary for Ameen’s kids’ living expenses, but it has been several months and they have given nothing at all,” Ameen’s mother told IRIN.