The plight of thousands of Rohingya asylum-seekers fleeing persecution in Myanmar and stranded at sea has focused the world’s attention on the obligations of governments in the region towards those in need of protection.

Indonesia, along with Malaysia, has agreed to give temporary refuge to several thousand Rohingya who reached its shores in recent weeks, provided they are resettled elsewhere within one year. But Indonesia is already host to 4,400 refugees, most of whom have been waiting far longer than a year for resettlement while another 7,000 asylum seekers are still awaiting refugee status decisions.

Before 2013, many used Indonesia as a place to rest and connect with smugglers who organised their onward journeys to Australia by boat. But since the Australian government launched a naval operation to effectively prevent any boats carrying asylum-seekers from reaching its shores, the number with no option but to bide their time in Indonesia has grown.

Like most countries in the region, Indonesia is not a signatory to the UN’s 1951 Refugee Convention. Asylum-seekers are given no special protection or prospect of integration. Those legally recognised as refugees by UNHCR can only hope for eventual resettlement to a third country. But the process of getting refugee status and then applying for resettlement can take several years.

Many asylum-seekers, especially those from Afghanistan and Pakistan, use the pretty mountain town of Cisarua, a two-hour drive south of Jakarta, as a base while they await refugee status decisions. Although cheaper and cooler than Indonesia’s congested capital, life in Cisarua with no legal status is not easy. Forbidden from working and accessing basic health and education services, asylum-seekers spend their days in sparse rented rooms waiting for news about their asylum applications and resettlement prospects.

Most rely on dwindling savings and limited assistance from aid workers and the local community to get by. Those who have exhausted such resources often have no choice but to surrender themselves to Indonesia’s immigration authorities knowing that they will be detained for at least six months, but will receive food and shelter while they await the outcome of asylum applications. 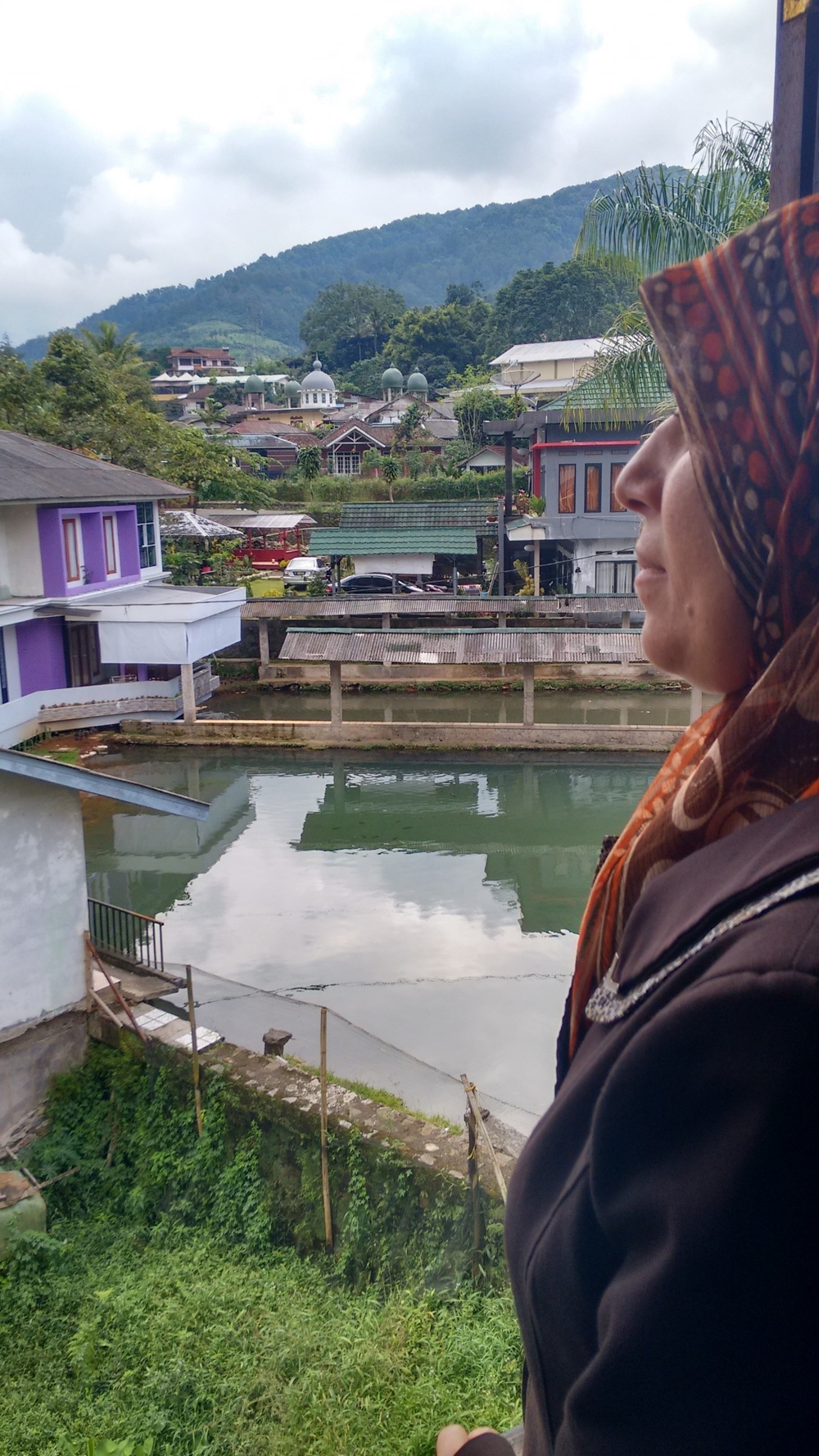 “We were living in terror and surrounded by violence, bombings, shootings and criminality from all sides,” says Maysoon. “I had been working at a respected hospital for 20 years. I had a good salary, we had built a good home and a secure future. And now we have lost everything. The country is destroyed.”

Maysoon and her family packed up their family home, said goodbye to her parents and used most of their savings to fly to Indonesia where they registered with UNHCR as asylum-seekers. Maysoon has a second brother already living as a refugee in Sydney, Australia, but says, “We don’t care where the UN resettle us. We just want to be somewhere safe where we can work and restart our lives. I want my kids to have a chance in life.”

The family’s savings are now depleted and while they await a decision on their refugee status, they are dependent on wire transfers from Maysoon’s brother in Australia to pay for food and rent. The children, unable to attend school, spend their days watching television and playing in the backstreets of this unfamiliar town.

“We’ve been here almost a year now and every day is the same. It’s tiring and depressing, but we have no choice but to wait.” 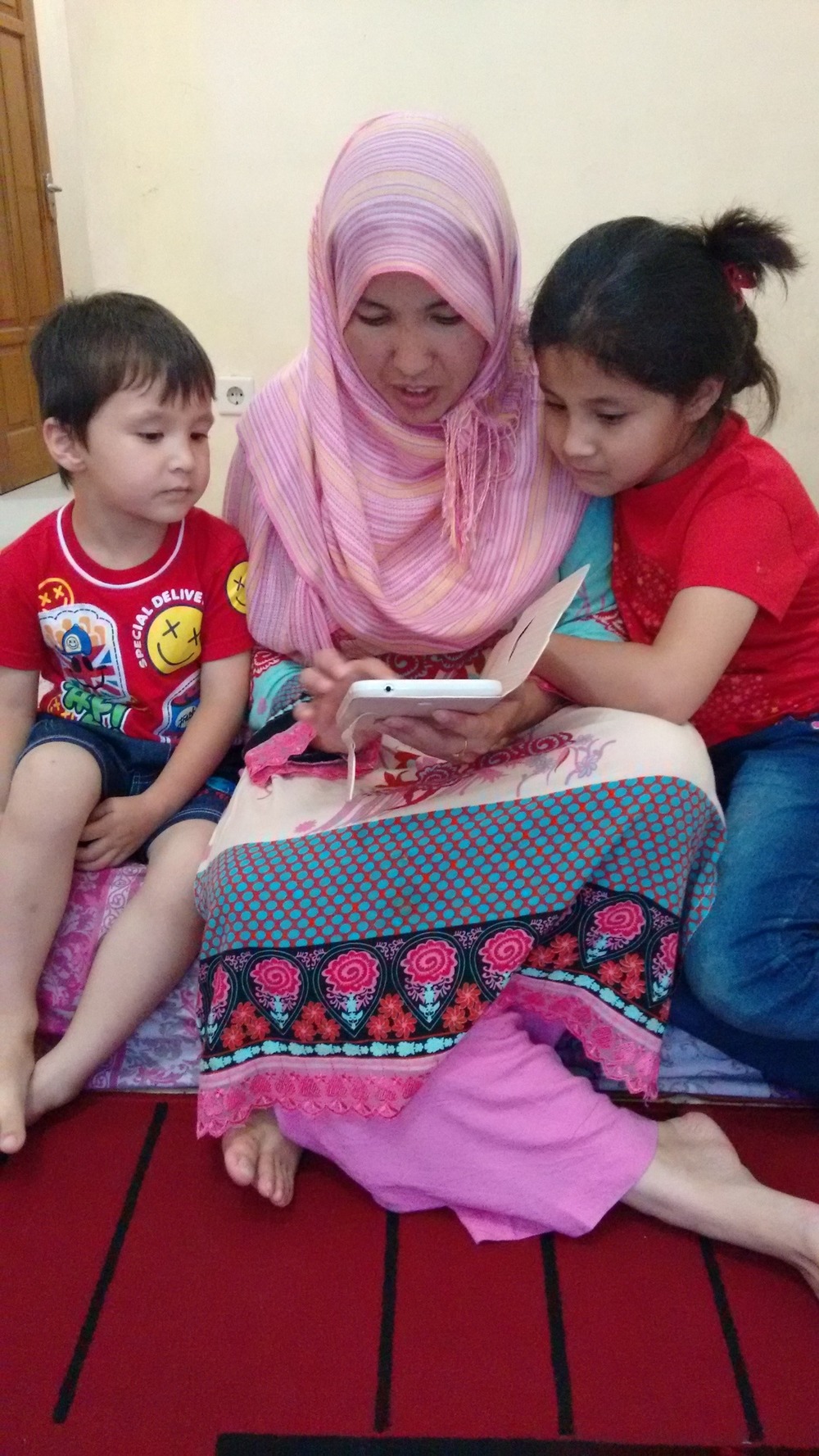 After a year and a half living as refugees in Cisarua, single mother Tahira and her two small children are now waiting to be resettled in Canada. It’s a bittersweet outcome for Tahira, who is Hazara, a persecuted minority in Pakistan. “Hazaras in Pakistan suffer a lot,” she says. “We were always targeted by extremists wanting to kill us. I lost friends and neighbours in suicide bombings and shootings. We were terrorised all the time.”

Tahira’s husband left Quetta for Indonesia in 2012, with the aim of settling in Australia and eventually bringing the family over to join him. “The last time I heard from him, he was boarding a boat from Indonesia,” says Tahira. “I never heard from him again. I guess he is either drowned or locked up in a detention centre, we have no idea.”

Unable to work or send her children to school, Tahira, who worked as an English teacher in Quetta, uses her teaching skills to help other refugee women and children in the town learn English.

“At the moment we depend on my mother and sister sending us money from Pakistan… I just wish the kids could continue their education and I could use my skills to earn a living.”

After two years in Indonesia, Saad has yet to receive refugee status, let alone any offers of resettlement 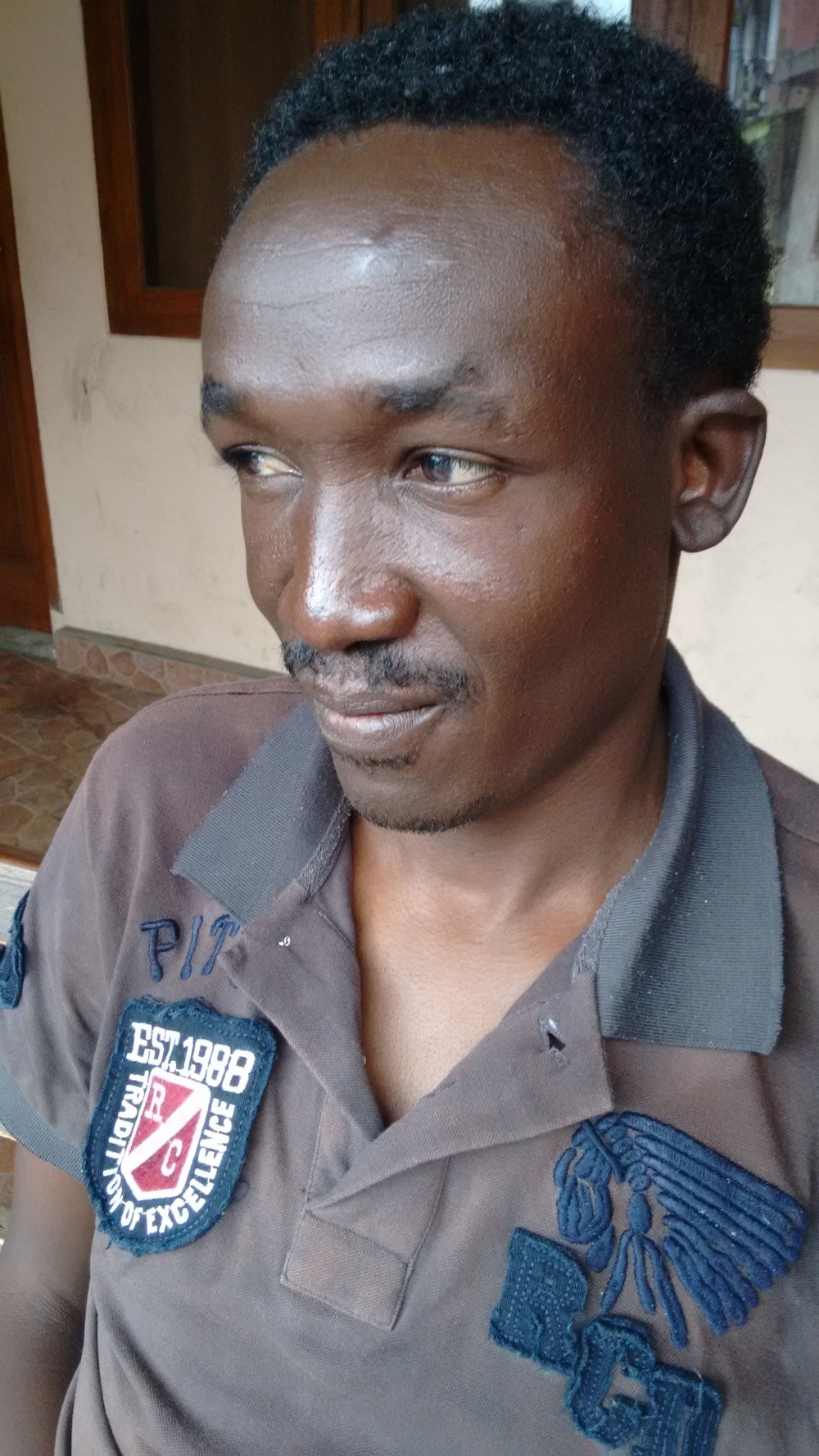 Saad, a computer engineering student, left Sudan after being arrested by the security forces for participating in an anti-government protest on his university campus in the restive Darfur region.

“Some of my friends got killed, lots more were arrested. I am scared they will kill me if I go back.”
It's taking a very long time to get out of here; I don't understand why people won't accept me. Am I not human too?

He has been in Indonesia for two years and is still awaiting a decision on his refugee application. “It’s taking a very long time to get out of here; I don’t understand why people won’t accept me. Am I not human too?” he asks. “I am ready go to any country, any safe place where I can work.”

With his father now dead, Saad worries about his mother left alone with his brother and sister in Darfur and his future prospects. “All I can do is hang around, sleep, eat; I feel dead inside. My life is being wasted here.”

Ali Khumal holds up a photo of himself when he worked as a driver for ISAF forces in Afghanistan. The Taliban accused him of aiding the enemy and he was forced to flee with his family to Indonesia. 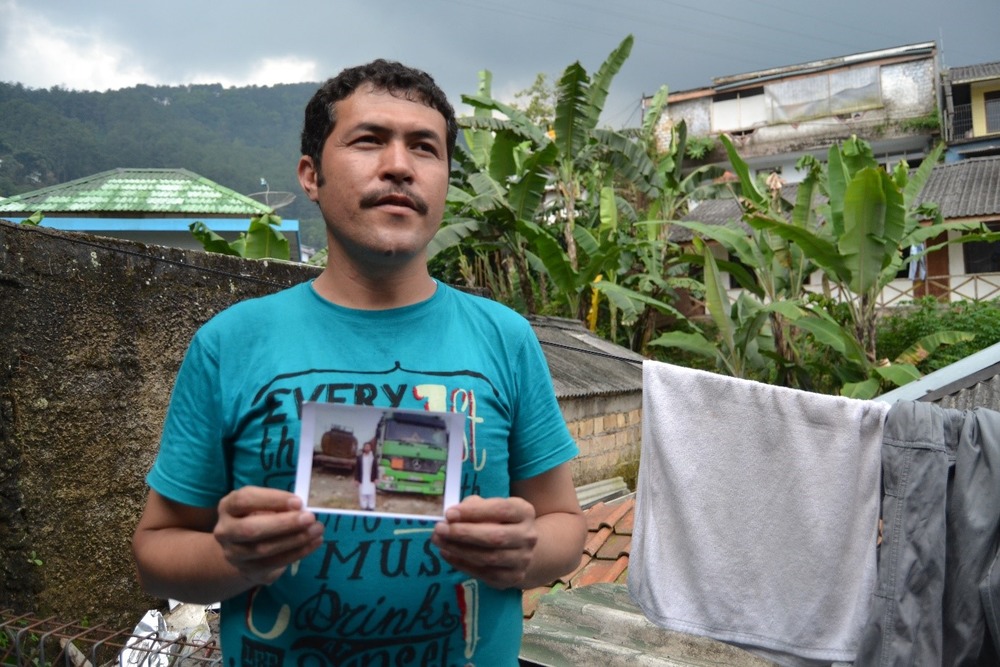 As ethnic Hazaras, Khumal and his family became a target of Taliban harassment and violence after he took a job driving oil tankers for the International Security Assistance Force (ISAF), a NATO-led security mission in Hairatan, a border town with Uzbekistan and a major foreign military transport hub.

Local Taliban viewed Khumal’s work with the ISAF as treachery and one night abducted him from his home, slashing his leg with a knife as he struggled to defend himself. Khumal managed to escape his captors during the night.

“I limped home, my leg in a tourniquet. I told my family to pack up and we fled to Kabul by bus. I knew those Taliban men would come after all of us. They hate Hazara. I used all my savings from the ISAF job to pay someone who said they [would] smuggle us into Indonesia.

“The children were very scared when we came on the boat. I thought it was going to capsize, and none of us can swim. But I couldn’t see any other choice,” says Khumal.

Now far from home, the family stare blankly at the grimy walls and musty carpet of their rented room. “Our village in Afghanistan was beautiful, surrounded by mountains,” recalls Mehdia, Khumal’s nine-year old daughter. “We even had our own cow for milk. I liked school, especially maths and Dari language. I want to work as a doctor, but the Taliban says girls are not allowed to go to school.”

“We have registered with the UN, but we have no money and my wife is pregnant,” says Khumal.  “I don’t know if there are any camps or where they are. I think our best choice will be to turn ourselves in and go to a detention centre. It can’t be worse than the life we have now.”