This article is part of our in-depth coverage. Read more like this...
MAILUNG

Mento Ghale did what any parent would do when Nepal’s 25 April earthquake struck her village of Mailung: she grabbed the children and got them out of the house as quickly as she could.

It was a narrow escape. Much of Ghale’s village, tucked away at the base of a hill in Rusawa district in eastern Nepal, was swept away in a landslide triggered by the 7.8-magnitude quake. Scores of her neighbours are buried in the mud and rubble – among the more than 8,400 Nepalese killed in the disaster.

Three weeks on, Ghale’s home is now a tarpaulin tent in camp for displaced people in Nuwakot district, some three days walk from Mailung. She has little left from her former life beyond the clothes she and her children escaped in; it was impossible to salvage anything from the ruins of her house.

“If nothing else, I wanted to get my citizenship ID - I know how important that piece of paper is,” Ghale told IRIN. “But my house is a big pile of rubble, I would never have been able to dig through that.”

In Nepal your ID card is the key document on which all your rights as a citizen depend. Without it you can’t register a birth, file for a change of address, buy or sell property, acquire a passport or driving licence, sit for an exam, open a bank account, or get a mobile phone card.

“Citizenship identification [cards are] vital to access services, it really is the basic document necessary to make other documents,” said lawyer Sushama Gautam of the Forum for Women, Law and Development (FWLD), a Nepali NGO working on citizenship rights.

Each time Ghale goes to pick up her food rations and relief supplies, she is reminded of her lack of status. She needs other surviving members of the village to vouch that she is from Mailung and deserves the aid: it is not only demeaning, but she worries what will happen in the long term.

In rural Nepal, most people’s records are stored in the offices of the Village Development Committee (VDCs). Those physical files are what the Ministry of Federal Affairs and Local Development (MoFALD) rely on to issue verification letters to survivors who have lost their IDs.

But the quake destroyed 99 VDCs and partially damaged a further 102, according to MoFALD. Ward offices, the basic administrative unit in Nepal one step below the VDCs, were similarly affected.

“There’s nothing in my village, no house stands, no government building has been left unscathed, no one will even attempt to look for our records there,” said Ghale.

In a cramped dark office in the capital, Kathmandu, Sushila Basnet waits for her ward secretary. Since the 25 April quake, Basnet has made half a dozen trips to the ward office.


She had lived in a rented house for 32 years, but it collapsed in the quake. “I lost everything in a matter of minutes,” Basnet said, including the all-important proof she had been resident in the area.

Barred from receiving relief without it, she has been trying to get a verification letter from the ward.  “I need a letter from here saying that I was residing in this ward and that my house has been destroyed,” she explained. 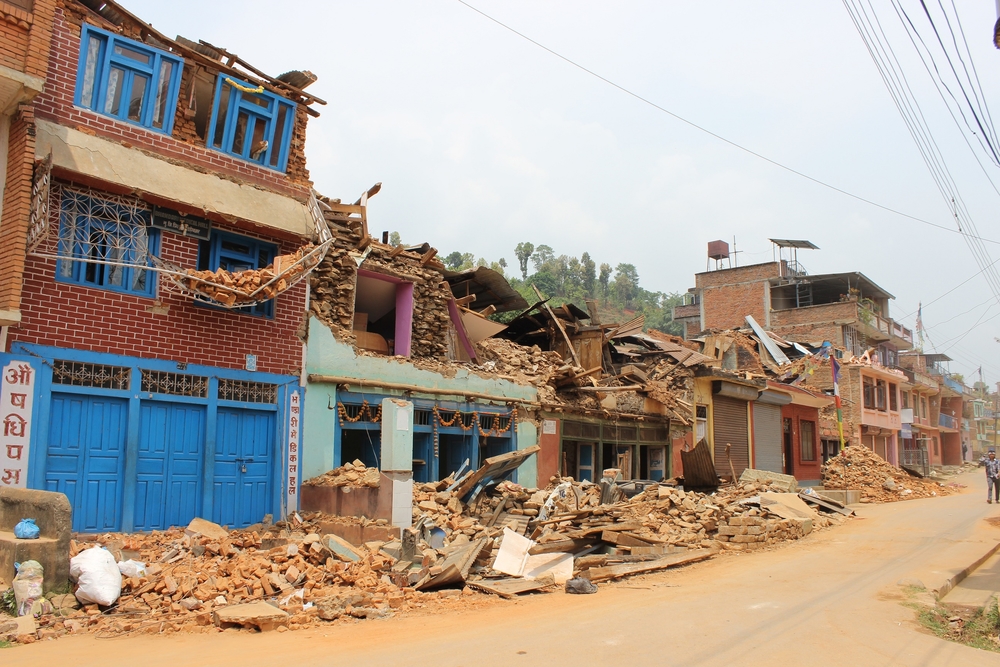 But the ward office has told her that they don’t have the authority to issue such a letter, and Basnet does not know who else to turn to.

It’s an administrative challenge becoming all the more urgent after the government agreed a US$150 grant for quake victims to build temporary shelters before the monsoon arrives in the next few weeks. Since the announcement, the number of people looking for verification papers has jumped, officials say.

“Verification of earthquake survivors is one of the most challenging aspects of relief work, because many survivors’ papers are buried under the rubble,” said Purna Chandra Bhattarai, joint secretary at MoFALD.

The ministry is working on issuing temporary identification cards, but in the meantime NGOs are stepping forward to help citizens through the administrative maze of applying for missing official papers.

Babu Raja Shakya and his team from the Disaster Relief Law Clinic, set up by the Kathmandu School of Law, travel around the city helping people fill out forms and get recommendations from their wards.

“The process of rebuilding lives in legal papers sounds arduous because we think that all paper trails have disappeared with the earthquake,” said Shakya. “But there’s always a copy here or there—in school, at the VDC office, that one can unearth and start building from there.”

FWLD’s Gautam believes it is not so easy for those living in the rural areas who are dependent on the slow paper-pushing VDCs, and highly unlikely to have made and retained photocopies of the original documents.

“Even before the earthquake, due to the absence of local representatives, the VDCs were already struggling to provide basic services,” said Gautam.

Nepal has not held a local election in 17 years, and local officials are simply bureaucrats.  “These appointed bureaucrats … don’t know the local population and they have no accountability,” Gautam said.

Ghale shares her tent in the camp in Nuwakot with Rising Gyalmo and her family, who also escaped Mailung and similarly lost everything in the earthquake.

“That afternoon, not only did I lose my home, my property, my jewellery, but I lost my identity - and I don’t know how I can get it back,” she said.