Jebel Mohsen has seldom been so quiet. On a Saturday in this district of Lebanon’s northern city of Tripoli, the only sound is that of shovels and pickaxes. At a demarcation line separating Jebel Mohsen from rival neighbourhood Bab al-Tabbaneh, young people are removing the stains of a 30-year conflict.

Two months ago, no one could walk through this area, known as the Omari Stairs. A barricade was built in the middle of the staircase linking the two neighbourhoods, and a sniper was positioned above. For Ahmad Bachouri, 29, of Bab al-Tabbaneh, it is the first time he has been able to visit the area - across the frontline - in 10 years.

“Before, I couldn't come. It was one of the most dangerous parts of this area,” he told IRIN. “[Now], the war is over. Everything seems to be back to normal today. People don't have the will to fight any more; they are fed up with violence. I decided to help clean this area to show that we can live together.”

Since the civil war in Lebanon (1975-1990), Tripoli has known several cycles of violence between the Alawi community of Jebel Mohsen and their mostly Sunni neighbours in Bab al-Tabbaneh. These sectarian tensions had increased as a result of the Syrian conflict next door, but have finally simmered thanks to a new Lebanese government security plan introduced in April. Tripoli was one of the first places targeted: hundreds of fighters were arrested and the army deployed inside the city. And as peace returns to Tripoli, civil society is now trying to pick up the pieces and rebuild this fractured town - physically, psychologically and economically.

The rehabilitation Bachouri is taking part in is called “Erase the Face of the War”, launched by a coalition of local NGOs. It consists of clearing debris and rubble and repainting walls of streets and buildings.

The scene outside the entrance to al-Salam mosque, in Lebanon's northern Tripoli city, after twin bomb blasts in August 2013 killed tens of civilians. The attack against the Sunni mosque came at a time of heightened tensions in Lebanon's sectarian society 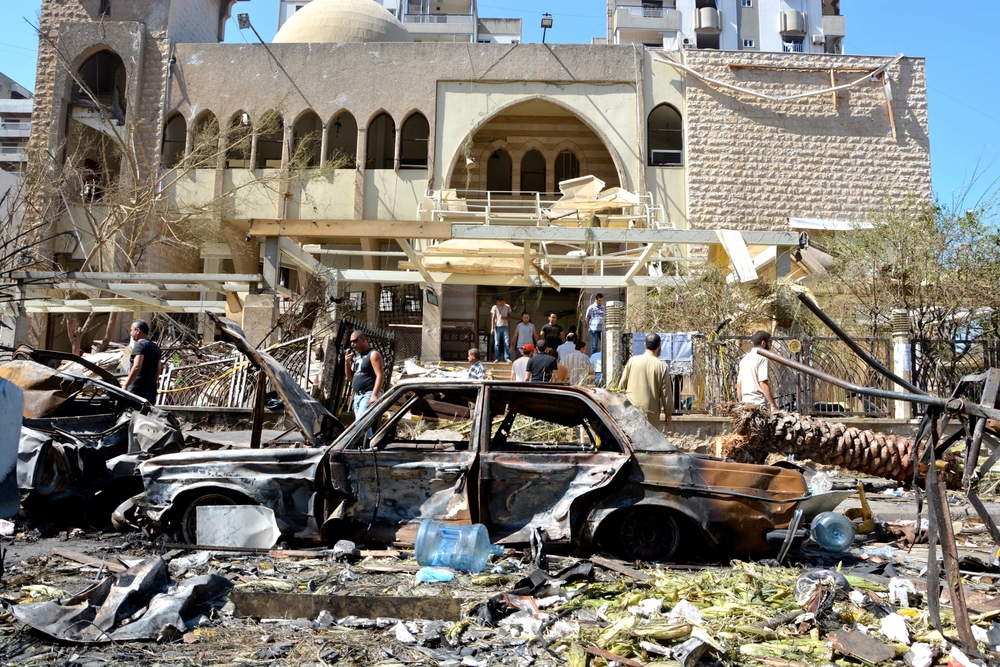 The physical work will take time. The impact of the war is still very visible, with bullet- and sometimes even rocket-holes and the photos of martyrs posted on several buildings. But above all, the war is imprinted on people’s minds. So the project will not only include street rehabilitation, but also education and cultural activities to bring the two communities back together.

Civil society has tried to encourage reconciliation in the past. In 2010, for example, the NGO Cross Cultures organized a day-long football festival in which children from the rival districts were divided into mixed teams and encouraged to make new friendships.

More recently, the 10 Tripoli-based NGOs decided to come together as a coalition to be better organized and raise more funds. They started working together after the double bomb attack that hit Tripoli on 23 August 2013, one of the most murderous since the civil war.

Chadi Nachabe, head of Utopia, one of the NGOs of the Coalition, explains: “Since we worked on the ground after 23 August in Tripoli, citizens have more trust in civil society, because we're not theoretical. We've been on the ground for many months with them to rehabilitate.”

“ We have good hope that this peace will last for a few years, or at least a few months. But there is nothing we can do about it because peace and war in Tripoli are decided by high-ranking politicians. ”

Still, Nachabe does not hide the fact that civil society needs help: “I think we're still very weak because we need a clear plan and strategy. There are a lot of NGOs in Tripoli, but 90 percent of them are linked to politicians.”

Recently, NGOs have started to work with the municipality. “Erase the Face of the War”, for example, is coordinated by both the NGOs and the municipality. “The NGOs in Tripoli are very hard-working. But they’re not always well organized,” explains Mohammad Chamsin, a municipal councillor. “They need a mediator to organize between them, so that they don't work on the same projects.”

For him, the first priority now is education, since a lot of children have been out of school during the fighting, either because they were unable to leave their besieged district or because schools were closed. Another priority is creating jobs. The municipal council plans to move the market of Bab al-Tabbaneh to a new location, because merchants used to face extortion by some militias. “If we move the market, we'll cut off some of the fighters’ source of funds,” Chamsin said. “We also want to work on creating job opportunities, so that people from these areas don't have to use weapons to feed their families.” The area used to be home to small textile factories, so the council also wants them to grow and be able to export once more.

Rebuilding, in all its facets, will be a long-term project. “We have a lot of work to do to connect together on cultural basis, town rehabilitation and economic development,” Nachabe acknowledges. “We need months or even years to [move past] what happened in this area, and this is the role of the civil society.”

The Lebanese army deploys at the entrance to Jebel Mohsen neighbourhood in the northern city of Tripoli in April 2014 as part of a security plan to bring sectarian violence in Tripoli to an end. 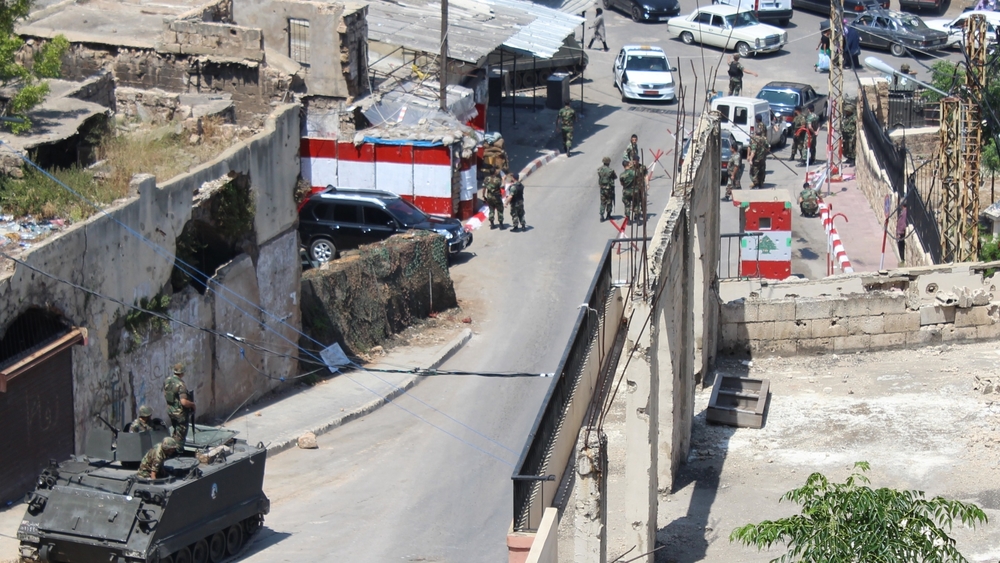 Residents are aware this new-found balance is precarious, and community leaders warn that fighting could restart at any time, especially in the absence of long-term development and job creation. “But what should we do?” asks one of the volunteers of the Omari Stairs. “Add oil to the fire or try to pour water on it?… I don't think the short-term future will be as bright as we imagine, but I'm thinking about all the children of Tripoli who deserve better chances when they grow up.”

Chamsin, of the municipal council, also has mixed faith: “We have good hope that this peace will last for a few years, or at least a few months. But there is nothing we can do about it because peace and war in Tripoli are decided by high-ranking politicians. It's discussed outside Lebanon and we are left to suffer from these decisions.”