Physical space and timely protection support for children are among the most pressing needs in northwestern Kenya’s Kakuma refugee camp amid a continuing flood of people, for the most part minors, fleeing conflict in South Sudan.

Since the eruption of hostilities in mid-December, some 36,450 people have crossed the border between the two countries. (In all, some 328,000 have fled South Sudan to its various neighbouring states).

Some 750 of those arriving in Kenya were children who fall into the category of unaccompanied which means they arrived with no parents or adult relatives.

More than 5,000 were “separated” which means they arrived with an adult relative who was neither a parent nor a usual caregiver.

Under normal circumstances, the needs of both groups, such as psychosocial support, tracing family members, foster care, and other protection needs, are assessed on arrival in a camp, or at least within two weeks.

But now, because of the flood of arrivals and the high proportion of children among them, a shortfall in case management workers means there is a backlog that has stretched this period to around two months.

“This is an extremely urgent situation,” Stephanie Shanler, a child protection specialist with the UN Children’s Fund (UNICEF), told IRIN.

“About a third of separated or unaccompanied children need follow-up care to ensure they are safe in their new environment and are receiving appropriate support, including psychosocial support. That means an estimated 2,000 newly arrived children in Kakuma may now need such follow-up attention,” said Shanler.

“Many of these children have seen a lot of tragedy, possibly the murder of their parents or neighbours. They are holding on to a lot of trauma. We need to catch that early, and ensure that community psychosocial mechanisms are in place, as well as higher level treatment options. We also need to ensure that alternative care options are in place for unaccompanied children. Scaling up Kakuma’s case management system is a priority in screening children for these protection concerns and ensuring they receive the help they need,” she said.

Overall, 71 percent of new arrivals are under the age of 18; almost a quarter are under five, according to a 13 May update released by the UN Refugee Agency (UNHCR).

Around 150 people arrive at the camp every day.

“We're frantically trying to get more land to resettle new arrivals,” said  a UNHCR official who asked not to be named.

“Providing enough water is proving to be very difficult and overcrowding means outbreaks of malaria and cholera are expected when the rains start,” she said.

To mitigate these risks, more than 1,000 latrines have been built for new arrivals, who are given mosquito nets, while mosquito breeding sites are being treated with larvacide.

The continued surge in arrivals makes it difficult to maintain a high standard of humanitarian assistance.

“There continues to be a strain on amenities such as water, shelter and firewood and particularly, at the newly established Kakuma 4 camp,” said one official with an NGO supporting refugees.

“The relocation of urban refugees by the Kenyan government [under an anti-terrorism operation] has added to the burden already being faced by aid agencies here in Kakuma,” said the official, who asked not to be identified because of the sensitivity of the issue.

(According to UNHCR, there are almost 1,000 such relocated people in Kakuma now). 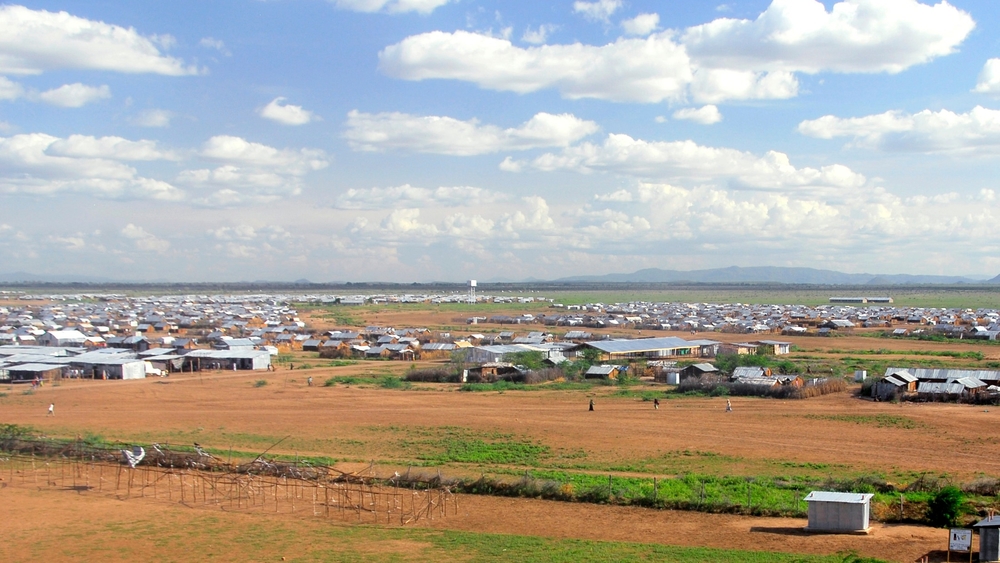 “There are currently just a few temporary schools, hospitals catering for an extra 15,000 people given [that] Kakuma 4 where most of the newly arriving refugees are settling in was meant to cater for just 20,000 people. Insecurity too, is increasingly becoming a challenge,” she said.

Before the current crisis in South Sudan, new arrivals in Kakuma generally stayed in tents for up to four weeks before being provided with materials with which to construct more permanent dwellings. Now, however, many of those who arrived in December are still in tents.

Despite the hardships in Kakuma, the thoughts of many residents lie with those still in South Sudan.

“Life isn't easy here but we are lucky to be alive,” said Mary Ayor, from the town of Bor, in Jonglei State.

Peter Nyuong, from the Nuer community, said two teenage passengers on the bus he took to the border were taken off the vehicle and executed because their traditional facial scarring identified them as Nuer.

While rooted in a power struggle between President Salva Kiir and his former deputy Riek Machar, South Sudan’s conflict has seen widespread killings and atrocities targeted along ethnic grounds. (Kiir is a Dinka, Machar a Nuer.)

“I can speak some Dinka so I was OK. They believed me when I said I wasn't Nuer. For those with tribal markings it was much harder,” said Nyuong.

Negotiations with the local communities in the Kakuma area to try and secure more land for another extension have stalled due to concerns that the land proposed was a vital corridor for pastoralists.

“At one point we reached an advanced stage in negotiations but the talks broke down due to a number of factors including worries about cattle movement,” said the UNHCR official. “Now the government is spearheading the negotiations. It looks like it's going to be a slow process but we remain hopeful.”

Even though the refugee camp is large, on the whole the local Kenyans have a good relationship with the refugees, according to a camp official.

While relations between the two communities are largely harmonious, some locals say they are concerned another expansion could lead to increased tensions.

Daniel Akujah, a resident of Kakuma town, said: “If there is another big increase in refugees the camp might start to take up too much land and use too much water. At the moment the area's tribes and the refugees get on very well. There is even intermarriage between the two communities, but this could change if the camp's population gets out of control.”

Overcrowding in Kakuma has led to increasing security fears. Dinka and Nuer refugees are housed on the same sites in an effort to promote integration between the two communities, but for many of the recent arrivals the lack of separation and overcrowding is a cause for concern. This is especially true for Nuers who are a minority in the camp.

David* is a 15-year-old Nuer from Jonglei State and said he was too afraid to attend the informal classes put on for school-age refugees.

“People at the camp know that my father is a rebel and killed Dinkas when the conflict started,” he said. “There is a group of Dinkas who are always looking for me and want revenge.”

James*, a 16-year-old Nuer from Panyijiar, said he had been attacked in the camp.

“Dinkas want revenge. Older men have ambushed me and my friends, giving us beatings,” he said.

On 13 May Turkana West police commander David Nyabuto said police patrols had been intensified to counter increased crime in the camp. He said seven new patrol centres had been established in the camp area and the new officers would focus on preventing crimes, including rape and robbery.