Responding to the devastation wrought by disasters in cities requires relief workers to adjust to the unique constraints and demands of specific urban settings, experts and aid workers say.

“Meeting the challenges of humanitarian response in urban settings will require taking into account factors that are particular to a city such as existing built infrastructure and the socio-economic, cultural, religious and political landscape,” said Steven Zyck, a research fellow at the UK-based Humanitarian Policy Group.

“Urban crises will require a greater degree of integration among humanitarian and development actors,” he added.

With most population growth around the world taking place in towns and cities, and around half of all urban dwellers living in smaller cities of 100,000-500,000 people, humanitarian agencies are faced with new operational challenges.

A 2011 UN Habitat report on challenges in urban humanitarian response profiled four cities - Nairobi, Port-au-Prince, Manila and Eldoret [Kenya] - to demonstrate the unique and complicated challenges that need to be considered when it comes to relief logistics in urban spaces. The report explained that “the density of urban development presents particular challenges for meeting Sphere standards because the population’s living conditions normally fall well short of what would be expected,” pointing to chronic poverty and poor sanitation in some urban areas as examples.

“The dense populations in cities will mean more fatalities and more damage to the built infrastructure per square kilometre,” said Dragoslav Djuraskovic, head of logistics for the UN World Food Programme (WFP) in Manila.

Rubble can effectively reduce urban spaces. Determining which roads are “passable” (and therefore able to be used to deliver aid) in such a situation is a complicated task, he said.

“This takes up more time, crucial especially during the emergency phase [immediately following a disaster], compared to clearing bamboo and light materials, which are the typical material used to build houses in rural Philippines,” he said, pointing to access issues aid organizations faced in Tacloban, a city of 220,000 people which was badly affected by Typhoon Haiyan in November 2013.

“Clearing up damaged or collapsed buildings made from cement requires heavy equipment,” explained Djuraskovic, adding that the sheer scale of urban operations can be daunting.

In Haiti, two years after the earthquake, some 75 percent of the rubble in the recovering capital, Port-au-Prince, had been cleared. The Disaster Waste Management Guidelines of the UN Office for the Coordination of Humanitarian Affairs (OCHA) identify increased chances of injury, disease vectors and water contamination as health risks associated with rubble.

Elsa Raganas, 43, a single mother of four, lost her home to Typhoon Haiyan in the town of Palo on 8 November, 2013 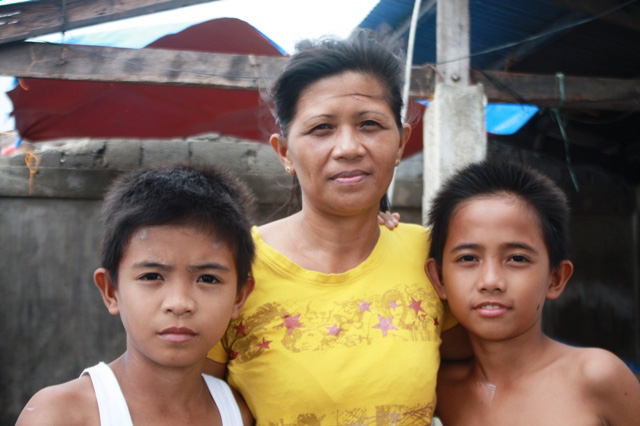 Messaging needs to be spot on

Citing urban crises such as the influx of Syrian refugees in Amman, Jordan’s capital city, Zyck explained: “Each of these [crises] requires a different response, a fact which often goes overlooked in generic discussions of urban challenges.”

According to Richard Gordon, chairman of the Philippine National Red Cross, urban risk reduction must include early warnings and evacuation - both of which require locally-tailored public communication. In Tacloban, he said, messages were not communicated clearly enough during the Category 5 storm.

Before Haiyan made landfall, the government issued warnings about an impending “storm surge” and called on people to evacuate to higher ground. Many ignored the warning to evacuate thinking the coming storm was going to be similar to the many other weather events they had experienced.

Antonio Claridad, a resident of Tacloban, lost his cousin when floodwaters washed away her seaside village. “We heard the warnings, but we’re used to typhoons,” he explained. “We did not expect anything like Yolanda,” he said.

“[Communications] have to be done in a language that people can easily understand,” Gordon stressed.

“What is a storm surge? Not many people understand that. We could have said ‘tsunami’ or ‘expect floods like that of Ondoy’,” he said.

The Asian Disaster Preparedness Centre ranks the Philippines the most disaster-prone country in the world.

A risk assessment of more than 600 cities by Swiss Re, a global reinsurance company, lists its capital Manila as second only to Tokyo in terms of disaster risk. Each year the nation is besieged by an average of 20 typhoons. While almost 50 percent of the country’s 100 million people live in urban areas, that proportion is expected to rise to 77 percent by 2030.