Read about what we achieved.
KIWANJA

When he was seven Dikembe Muamba* became a soldier on the orders of his uncle, a chief in the Democratic Republic of Congo’s (DRC) North Kivu Province.

When IRIN met him at one of the “half-way houses” for former child soldiers in the town of Kiwanja in Rutshuru Territory, Muamba was enjoying his first month of “comfort” in a basic brick and mortar house after a decade of bush living.

“I am still angry with my uncle. Those 10 years feel like a waste of a life,” he said. “It was very difficult. There was no school. I had only completed two years of schooling [before being forced into child soldiering].”

The “half-way house” - which provides counselling, parental tracing services and tutoring in preparation for a return to school - is run by mother-of-nine Afiya Rehema*. Her own children are aged 7-19 and in the past nine years she has cared for more than 50 former child soldiers.

“At the moment there are children from Mai-Mai Nyatura, FDLR [Democratic Forces for the Liberation of Rwanda] and PARECO [Alliance of Resistant Congolese Patriots] staying here. When they arrive some can be disrespectful, but they soon become like other children. There has never been any violence towards me,” she said. “Only one ever stole, and then left.”

“I do get some financial support [from local NGO Union pour la paix et la promotion des droits de l'enfant au Congo (UPDECO)]. But I do this as a parent. Maybe one of my kids will be taken by an army. And if that happens I hope another parent will be there to look after my child [if he/she escapes from an armed group].

Muamba spent his first few years as his uncle’s bodyguard before being enlisted into PARECO, which emerged in 2007 from a variety of diverse North Kivu communities, including Hunde, Hutu, Nande, Nyanga, and Tembo.

"I don’t know how many people I killed… The youngest was a girl about six. She was shooting at me"

With a barely discernable pencil moustache indicating the onset of adulthood, he knows exactly how many battles he has fought and replies without hesitation: “It was 45, but I don’t know how many people I killed… The youngest was a girl about six. She was shooting at me.”

Muamba was wounded twice during his decade as a child soldier.

“The first battle I fought in was against the FDLR [an anti-Rwandan armed group that had an informal alliance with PARECO]. I fought against ADF-Nalu [Allied Democratic Forces - an Islamist armed group opposed to the neighbouring Ugandan government] in Beni, and M23 [23 March Movement, an alleged Rwandan proxy armed group].

In the end, it was his rank and a chance meeting with members of a local child activist NGO that allowed him to walk away from soldiering.

“As a captain, I was free to go where ever I wanted. By chance in Lubero, I met people from UPDECO. They told me they could give me demobilization papers and then I could leave PARECO forever,” he said.

Eshe Makemba*, 17, rose to the rank of sergeant in the FDLR, but enjoyed no such freedom of movement. Being “discriminated” against for being a Congolese national by the FDLR’s Rwandan officers prompted her desertion, she says. “I could not speak out as they told me Congolese were no good.”

After seven years as a soldier for the armed group she ran for two days through the forest evading a search party, which she says would have executed her had she been caught.

She was 10 when she and four other girls were kidnapped near Kisharo, in Rutshuru Territory, by the FDLR. She was the youngest of the captives and the only one to survive a river crossing shortly after her abduction. She then did three months of military training.

“I stole and killed people for nothing… killing people was my way of saving my life,” she told IRIN. She was involved in operations against Ntabo Ntaberi Sheka’s Ndumba Defence of Congo (NDC) and M23. At other times she was raiding farms and homesteads.

"One day I was with a group [of FDLR soldiers] that raped a woman. But I did nothing"

Four months after her escape and dressed in her only set of clothes, the former child soldier said she did not think about her time with the FDLR, but acknowledged that the gun she carried gave her access to “material [plundered goods].”

“I felt OK after the battle. I enjoyed the battle because I knew that afterwards there would be clothes, money and food,” Makemba said.

“One day I was with a group [of FDLR soldiers] that raped a woman. But I did nothing. I did not fear being raped as I had a gun and I could defend myself. But I could not do anything to stop the rape [of the woman],” she said.

An October 2013 report by the UN Stabilization Mission in the DRC (MONUSCO) entitled Child Recruitment by Armed Groups in DRC From January 2012 to August 2013, said in the past five years about 10,000 children had been separated from armed groups, but in the period under review nearly a 1,000 more were recruited and the use of children by more than 25 armed groups remained “systemic”.

Three armed groups, the FDLR, Nyatura and M23 accounted for about half of the child recruitment in the review period.

The International Criminal Court’s 2012 conviction of Union des Patriotes Congolais (UPC) militia leader Thomas Lubanga for conscripting child soldiers in northeastern DRC’s Ituri region between 2002 and 2003 “is important, because it sends a strong signal that those who recruit and use children will be held accountable,” Richard Clarke, director of London-based NGO Child Soldiers International, told IRIN.

“But it needs to be complemented with effective investigations and prosecutions at the national level in order to address impunity for these crimes,” he said. 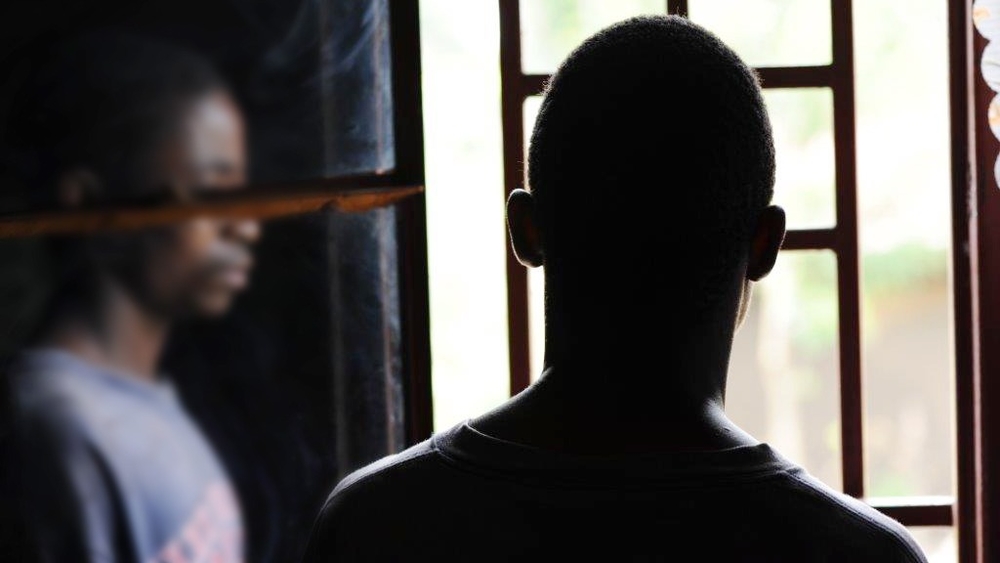 He said the FDLR were not forcing the children into its ranks, but conducting “sensitization” at schools in the village “telling them the FDLR is good,” and about 20 volunteered for the armed group between November and December 2013.

He said the boys returned after a few weeks to Tongo with AK-47 assault rifles. He saw one of the child soldiers “showing other children [in the village] how to use his gun and an FARDC soldier walked by them and said ‘So you are a soldier too.’”

Zeka Kabongo*, 13, has the body size of a seven-year-old. During the interview he constantly brushes the wooden arm of a chair, his legs curled beneath him.

Abducted with three other boys at noon in Lubero by four gunmen he spent two years as a bodyguard to Kise, the secretary to General Kakule Sikula Lafontaine’s Union des Patriotes Congolais pour la Paix (UPCP).

Kabongo said Lafontaine “told us we were fighting for our part of the country, which the government was refusing to give us.”

He says he “only killed one person” during his time with the armed group and that was during a raid on a homestead by five of the UPCP’s children in search of food.

“We entered the home and asked the wife where her husband was. But the wife would not say. So we got together and decided to kill her [with knives]. When we got back to the group we told Lafontaine what we had done. He told us we ‘had done a good thing’.”