Since the beginning of November, Gaza’s only power plant has been shut due shortages of industrial diesel. The result has been a major increase in power outages for Gaza’s 1.7 million inhabitants, with electricity now absent for around half of each day.

The humanitarian coordinator for the Occupied Palestinian Territory, James W. Rawley, says the shutdown and fuel shortages will “impact all essential services, including hospitals, clinics, sewage and water pumping stations.” The Palestinian Centre for Human Rights says the move has “left serious consequences on the humanitarian conditions of the Gaza Strip’s population.”

The plant was only reopened last year after rehabilitation following an Israeli airstrike in 2006. According to the Gaza Energy Authority, it generates around 30 percent of Gaza’s electricity supply, the rest coming from Israel (120 megawatts) and Egypt (27 megawatts).

Since June, a security clampdown on the Egyptian side of the border has drastically cut the importation of fuel through smuggling tunnels, and the Energy Authority in Ramallah, in the West Bank, has stopped sending fuel because of a dispute over taxes.

To get an idea of the impact of the outages on Palestinians living in the Gaza Strip, IRIN met with the Balaha family in Beach Refugee Camp.

“Electricity cuts in Gaza have always been severe, but now it is at a whole new level,” Fuad Balaha told IRIN in his ill-equipped barbers shop in the heart of the refugee camp. There are few comforts for the handful of customers, and now even electricity is a luxury. “It is very difficult, and we are expecting things to get worse if nothing happens to fix the situation,” he told IRIN.

Fuad is married with a four-month-old baby and a family of 18 people, including his mother, brothers and widowed sister, who all depend on his small barbershop. His father passed away six months ago.

He says huge debts hang over him because of his and his brother’s wedding, and the family also needed to take out loans over the past seven years to pay for the construction of their home.

Fuad's business down almost to half with further power outages 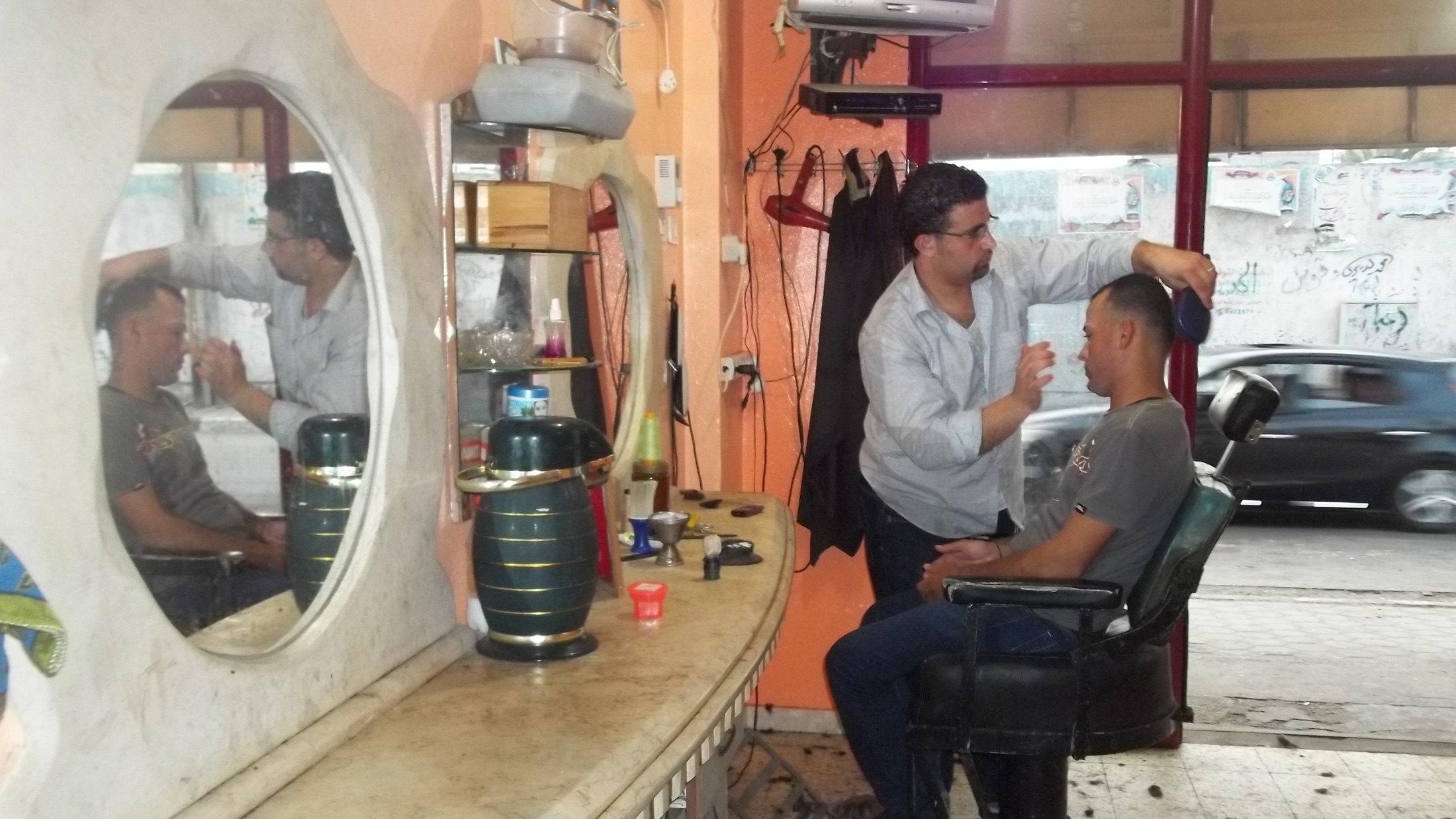 With electricity out during much of the day, he often tells potential customers to come back later. “When outages were lasting eight hours, I was making between 50 and 60 shekels (nearly US$15) a day, but now the power is off for 12 hours, and comes only for six. This diminishes my revenue to 30 to 40 shekels, which is making a tight situation much worse.”

It is just before six in the evening in the Balaha family home, an unfinished three-storey building in a crowded part of northern Gaza City, a few kilometres from the shop.

Fuad’s mother, Enshirah, 55, lights a candle as the shadows begin to lengthen, something that comes quicker as winter approaches. She keeps an eye on the load-shedding schedule from the power company to make sure candles are pre-positioned when the lights go out.

“We only have candles. Our generator was damaged a few years ago, and we could not fix it because it is expensive. And even if it is working, where can we get or how can we pay for fuel? So, we depend on candles.”

A major concern for the Balahas, and many other families, is the fire risk the candles pose. “I double-check them, because I heard about accidents and fires [that have] occurred in Gaza,” Enshirah told IRIN.

A month ago, her daughter and grandchildren were sleeping in the home when a candle on the television fell over and started a fire. Her daughter woke up because of the smoke, and the family escaped.

Studying in the dark

Enshirah’s other worry is making sure there is at least some light so her grandchildren can study. “It is a hard mission” she says, “but we have to do that to keep them studying.”

Yusri, 14, joins his younger brother at a low, small table, where they hunch around a single candle, preparing for the next day’s classes. Yusri, Fuad’s orphaned nephew, is helped by his uncle Mohammed, 24, who graduated from university three years ago but is currently unemployed.

“I try to do everything possible to finish reading when power is available, or use the daylight,” said Yusri. “The situation has affected me a lot recently. The darkness hasn’t left me much space to revise well. Midterm exams are coming up soon.”

"This is not a life at all. It is miserable in all ways."

When the power is off, he sleeps early, or stays outside the house for a while. His television and playing time has been limited. The whole family says they feel strained by the cuts, with few activities possible after hours.

Like Fuad, Mohammed is married and has a baby daughter. As his wife heats tea for him on a small gas cooker, he says, “This is not a life at all. It is miserable in all ways.”

His search for employment has not been successful. Longer power outages, in addition to ongoing gas and fuel shortages, are “making our life unbearable”, he said.

“It is the main question in Gaza now. What we need - as an essential right - is living healthy and sound, in a decent way. We want this to be a place where my baby, family and Palestinians can live with dignity.”

As soon as electricity comes on, there is a rush in the house to get all the postponed chores finished. Enshirah takes charge, preparing to bake, filling the tanks when water is available, washing, cleaning and cooking. “Sometimes we manage to finish, but in many cases we cannot, because of the short time of connection,” she said.

“We do not have a water pump to push the water up. We do not have generator. What we have are candles and a fireplace to cook and heat water for domestic use, so my sons and grandsons collect and bring wood which we use.”

She added, “Sometimes, when power is off, we send the kids with clothes to wash them in my family house a few blocks away when they have some water and electricity available.”

Later in the evening, Fuad returns to his shop, where he uses a charged battery to help him through the power outage. When he returns home, the area is still pitch black.