Just on the other side of Jordan’s Za’atari camp for Syrian refugees, now one of the world’s most notorious camps, lies another Za’atari: a poor village inhabited by some 12,000 Jordanians.

“If I were given a tent like this, I would cherish it and protect it,” said villager Hamda Masaeed, while pointing at the ever-growing mass of tents with the logo of the UN Refugee Agency (UNHCR) stretching from the Syrian camp into the heart of the village of Za’atari, from which the camp got its name.

The seventy-year-old lives with two sons and seven grandchildren, also in a tent - but she built hers herself using pipes, blankets and the remains of wheat bags. It is old and tattered; one side was recently burned; and she does not own the land it sits on.

What she does own are three worn-out mattresses, a one-ring stove, and an old fridge that works only when there is electricity. Masaeed siphons electricity from her neighbour for six Jordanian dinars (US$8.50) a month, but if often cuts out.

She and other residents of the village have watched as the Syrian camp has grown over the past year to become home to some 120,000 refugees.

“It is a massive city in the heart of our little village now,” she told IRIN.

According to the social council of the municipality, the village itself has so far taken in 3,000 Syrian refugees.

Refugees do not by any means live lives of luxury: camp life is harsh and unlike the locals, they have had to endure the long journey of displacement and the psychological trauma of losing loved ones.

But only one main road divides the two Za’ataris; and while trucks carry food, blankets, clothes and medicine to Syrian refugees in the camp, the other Za’atari remains “forgotten”.

“Don’t they realize that we need help too?” Masaeed asked.

It is not only donations that pass by Masaeed’s tent, but also international journalists, aid workers, diplomats, and the world’s top officials.

One taxi driver told IRIN he deliberately drives visiting journalists through Za’atari village before dropping them at the camp, to show them that poverty also exists on the other side of the camp.

“People come from all parts of the world to write about the conditions of Syrian refugees, but these people [villagers] are also living in miserable conditions,” said Iyad Salhi, a driver from the capital Amman.

In the village, there is one mosque, two schools, and a small charity - the Za’atari Charitable Society - that “operates occasionally in Ramadan”. Its office doors were shut when IRIN passed by and no one answered the phone.

While complaints about a perceived shortage of water by residents of the Syrian camp have made it to local and international media, residents of the other Za’atari have to beg truck drivers to stop to sell them water. As in many other parts of Jordan, government-supplied water is not regular.

“They drive past us every day. Although we are paying for water, they do not sell it to us. They prefer to [sign contracts with] the camp,” said Mohammad Masaeed, Hamda’s son.

“Some promise us to come back, but they never do,” he added.

This month, local media reported that gendarmerie forces quelled a protest by residents of Za’atari village when they went to demand jobs inside the camp. 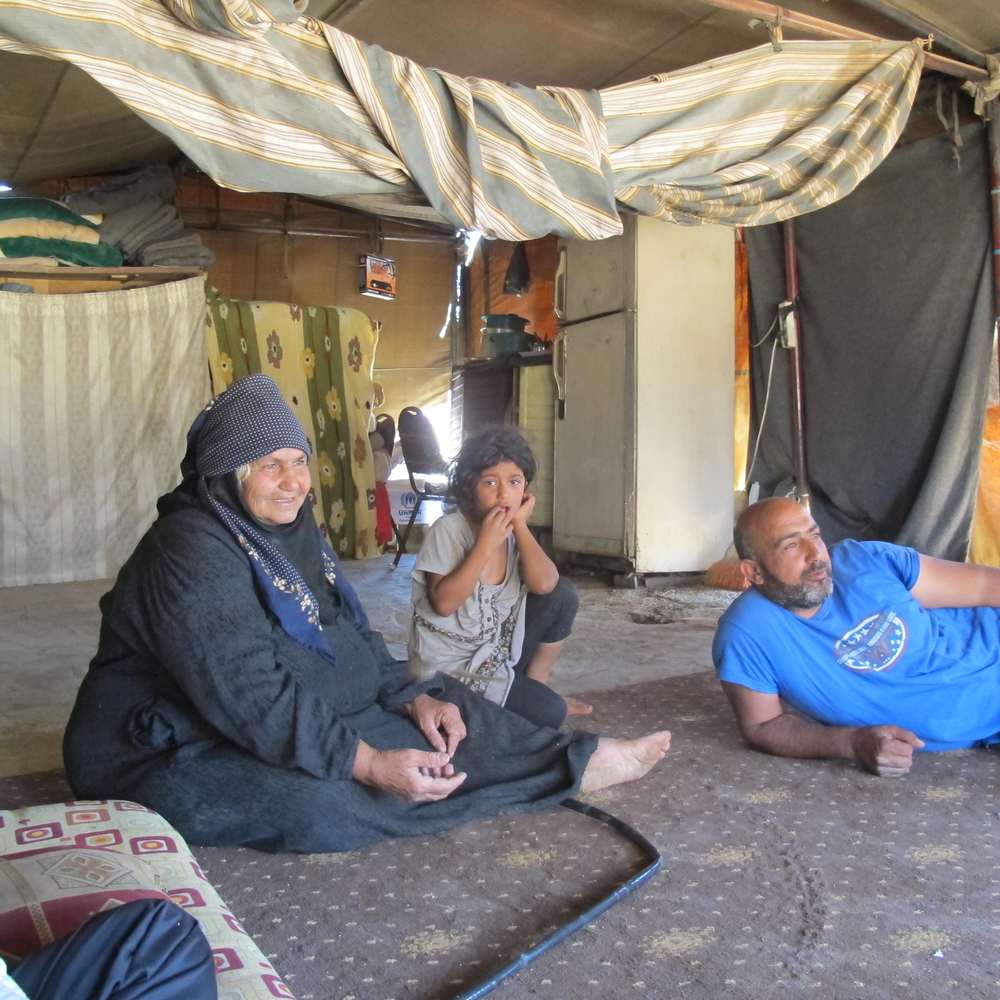 UNHCR says the local community has benefited, if insufficiently, from the camp economy: some people have been hired as contractors and workers in the camp.

But Nadia Salameh says she was recently laid off from a cleaner’s job at the camp to be replaced by refugees.

“They recruited us on a temporary basis, but then they gave the jobs to Syrians,” she said.

“It is so unfair when they [Syrians] receive everything for free, but we have to pay for food, gas, clothes, and rent,” she told IRIN.

Aid agencies working with poor Jordanians say they struggle to help them now.

“Donors’ attention has been focused on Syrians. They ignored the locals, who have always lived in poverty,” said Abdullah Zubi, programme coordinator at the Hashemite Fund for Human Development. “Keep in mind numbers of needy Jordanian families are increasing.”

He said his organization, a semi-governmental development organization, has been gradually reducing the number of needy families they are helping during Ramadan, when Muslims usually increase their charitable giving.

“We were able to help some 1,800 Jordanian families with packages of food every Ramadan, but as donors have been reducing their donations, we can only help 500 families this year,” he told IRIN.

UNHCR, through International Relief and Development (IRD), has provided services in the community, including improved public transport facilities and sanitation equipment. UNHCR has also supported the Ministry of Health in providing health services there.

The NGO Mercy Corps has set up community dialogues to try to address social cohesion and peaceful coexistence. It is also implementing a $20 million project - funded by the US Agency for International Development - to improve water delivery in northern Jordan, including Za’atari village.

But the needs are large - the most cited are a waste water network, a new school and better health facilities. Humanitarian agencies responding to the Syrian crisis are already having to prioritize due to rising refugee needs and insufficient funding and aid workers says donor funding for host communities is always hardest to come by.

In a sad twist, some Syrian refugees are now donating to poor Jordanians, or selling them extra food they receive from aid agencies at a discounted price. In Mafraq, the governorate in which the two Za’ataris are located, food blankets, tents, and other items with UNHCR logos are publicly for sale.

That is how Um Saleem, a Jordanian resident of Mafraq, has coped over the last two years, as previous donations from generous Jordanians have slowed.

As Syrian refugees in Jordan get millions of dollars of assistance, poor Jordanians are often struggling without assistance. Here, the kitchen of a family in northern Mafraq governorate 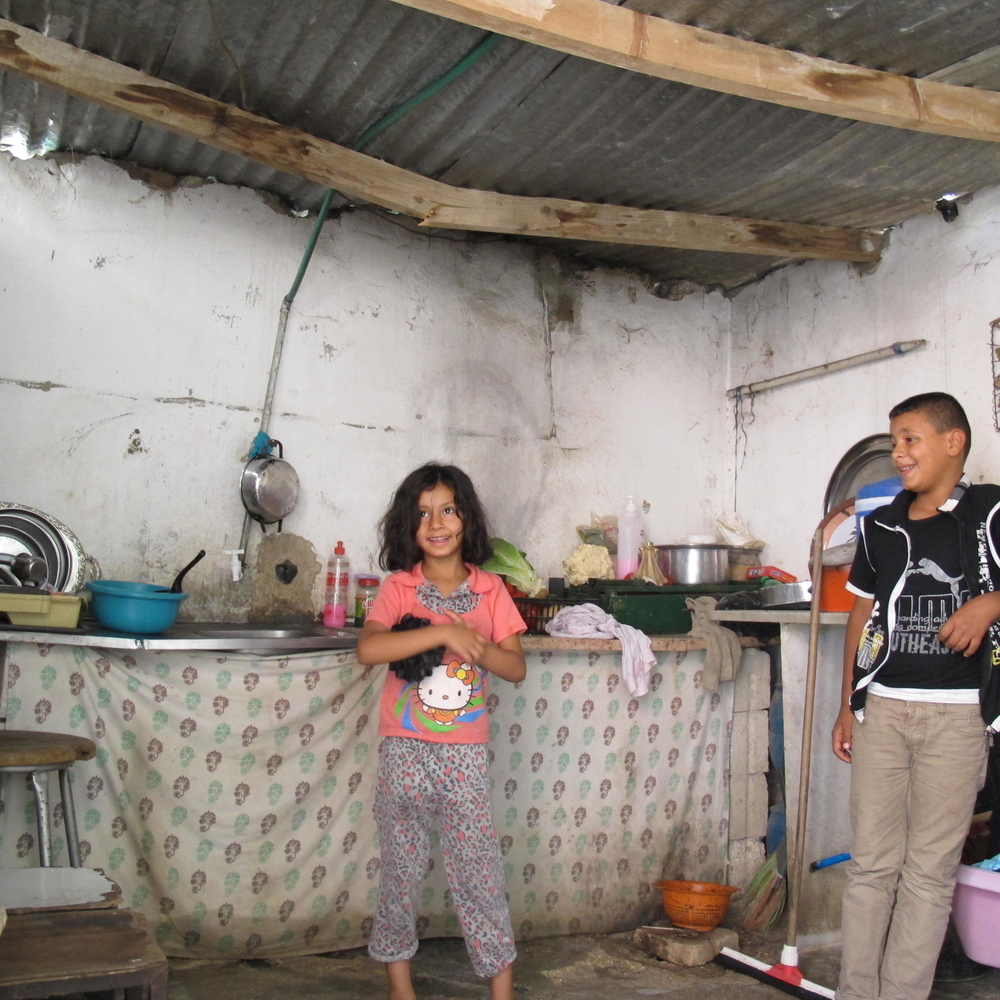 IRIN visited her as she was cooking a chicken given her by a Syrian woman living in her neighbourhood. It was the first time she had eaten meat in a month.

When Hajjar Ahmad, a Syrian refugee who lives in Za’atari camp, visited her sister in a village in Mafraq, she was “astonished” how much poverty she saw. She gave her sister extra food and blankets to distribute to Jordanians.

“We are living better than them,” Ahmad said.