Some of the hardest stories I’ve covered in the past 25 years have been about the sexual abuse and exploitation of people who were already victims of violence, disasters, and conflicts when they were victimised again by men in positions of power.

There was the story of the Haitian girl who was only 12 when she was forced to have sex with UN peacekeepers in exchange for food, the South Sudanese mother allegedly gang raped by soldiers in front of her daughter, and the Sri Lankan student who told me that he was so badly sodomised by police that he now struggles to use the toilet.

One of the reasons why these stories are so hard is the nagging truth that none of these people ever came close to getting justice, compensation, or peace.

In the past 18 months, The New Humanitarian and the Thomson Reuters Foundation have interviewed more than 70 women who said that aid workers from some of the world’s largest organisations offered them work in exchange for sex during the Ebola outbreak in the Democratic Republic of Congo between 2018 and 2020.

More than 40 of the women accused men who said they worked for The World Health Organization. One woman said she was raped; another died after an abortion.

Because of our work, aid organisations have initiated internal investigations, the UK’s International Development Committee has called on the government to crack down on UK-funded organisations accused of sexual abuse, and aid groups have started recruiting more people tasked with preventing sexual exploitation.

An independent commission was also established in October to investigate the 44 allegations involving the World Health Organization. It was only last week, however, that investigators asked us to help them in their probe.

We are in discussions with the commission about the investigation, but recently we’ve also been asked by other investigators why we haven’t shared the women’s details yet.

“You’re doing nothing to help these women,” one top UN official told me recently after I called him with a question about our latest investigation. “If you really wanted to help, you would be helping investigators by sharing information. You’re doing worse than nothing.”

I share his frustration, but journalists are not the enemy.

Our role as journalists is to report accurate, unbiased information and – as a humanitarian news agency – to help amplify the voices of people living in the midst of crises.

But our role is also to protect the privacy of the women who request it – for reasons ranging from personal safety to the risk of stigma within their communities – and to respect the women’s agency to decide for themselves.

It is not our job as journalists to strong-arm women into sharing their details with others, especially when we can’t tell them what they could expect in terms of justice or assistance, or how the investigations will be conducted.

We do, however, make sure they know how to make formal reports and put them in touch with local human rights groups that can make that happen. We also make sure they know we stand ready to help them should they want us to share their contact details.

So far, women have not been willing.

In the past five years of reporting on sexual abuse, I've been asked numerous times by everyone from law enforcement officials to aid workers what we as journalists really do to assist victims. Do we share contact information with the UN and other investigators? Do we go to the police with the names of alleged perpetrators? Do we lobby governments to press these cases? Do we help resettle victims if they are facing threats?

The answer to these questions is no. We do, however, help women tell their stories and bring wider awareness to the situation.

It takes hours, several days, and sometimes weeks to interview victims – some of whom have told us it would be wrong to call them survivors.

But long before we plan a reporting trip – and before we even know if our tips will pan out – we plan how we will conduct interviews to keep potential victims safe. 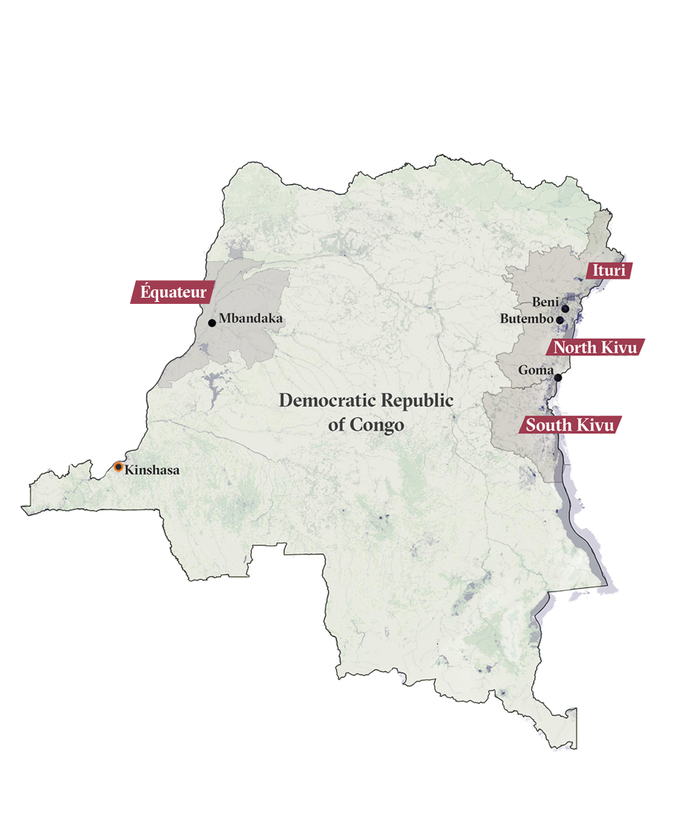 Do we have enough women on our reporting team? What languages will we need? Where can we hold interviews discreetly? How can we help women get to the interviews? How can we try to avoid adding to their distress as they recount painful details of their abuse?

Once there, we take the time needed for people to share their stories. We also ask whether women will allow us to share their details with investigators or with other people who may be able to help, like local women’s associations.

Even if they decline, we make sure we know how to contact them in the future. That means going the extra mile in asking for numbers of friends or family members in case telephone numbers change, or driving a route a few times to make sure we remember landmarks in case we need to visit them at their homes again.

During the reporting for our first investigation that was published in September, we asked women if they wanted to share their details with UN agencies, NGOs or Congo’s Ministry of Health. We also told them about SOFEPADI, a local women’s rights organisation.

In our latest investigation, an independent commission was just getting started. It was only May when investigators hit the ground.

While we are prepared to contact victims again to see if they have changed their minds about sharing information with investigators – extra reporting doesn’t come cheap in Congo, and the Ebola-affected provinces are now under martial law due to a recent surge in violence that has killed hundreds – we need more information before we do that.

Based on expert advice, these are some of the questions we’ve put to the commission (in English and French) that women will likely ask before they are willing to share their details.

These women are not children. They know what risks they face – retribution, stigmatisation, domestic violence, to name just a few – and they have also seen how rare it is for sexual abuse victims to get justice or compensation, especially in Congo.

In the course of our reporting in recent years, we have discovered how some UN investigations have been bungled or taken years to conclude. Victims have also been regularly discredited. Paternity claims have languished. And authorities have often chosen not to prosecute cases.

Take, for example, the case of a Congolese girl allegedly raped in 2017 by a British civilian serving with the UN peacekeeping mission. Although the UN reportedly substantiated the claim, Congolese authorities chose not to prosecute the case.

The UK’s National Crime Agency could have taken on the case but dropped it, and, because the agency is exempt from Freedom of Information laws, we may never know why.

Congolese authorities vowed to investigate the allegations that arose in our investigations, but Minister of Human Rights André Lite Asebea said earlier this month that “investigations have not progressed”.

Outside of the 44 allegations against men who said they worked for the WHO, 10 of the 73 women accused men from Congo’s Ministry of Health – the second highest number of allegations.

Chantal Yelu Mulop, Congo’s special adviser in charge of youth and violence against women, scheduled a Zoom meeting for 29 October shortly after our first investigation published. The purpose of the meeting was apparently to hear more about the allegations, given that some of them could have constituted criminal offenses.

In the end, no one from the Congolese government showed up for the call. No explanation was given. We tried following up, but we haven’t heard from them since.

Other groups have also been accused by women.

Oxfam, which has been back in the news lately, has also launched an independent investigation into its operations in Congo. Whistleblowers have accused senior staff of sexual exploitation, bullying, and corruption. During our investigation, one woman accused an Oxfam worker of rape.

The charity says it is providing assistance to the woman, but even that case raises questions of responsibility: Should the alleged rapist or Oxfam be held responsible?

The UN’s Office of Internal Oversight Services, meanwhile, is investigating separate claims against UNICEF and the UN’s migration agency, IOM.

*Other NGOs named – the medical charity ALIMA, the International Rescue Committee (IRC), and the International Medical Corps (IMC) – have also said they have looked into the allegations against their staff. They have not launched independent investigations yet.

We are a not-for-profit newsroom with limited resources (click here if you’d like to support our work), but we are committed to continuing our reporting on sexual exploitation and abuse within the aid sector, even if any changes within the system may be slow.

We've taken the first step by reporting on the women's allegations and helping to make aid agencies and others aware of their claims.

We've done our jobs. We’re hoping the aid agencies and law enforcement officials will do theirs.

(*This story was updated on 19 May, 2021 to clarify that the NGOs named said they have looked into the allegations. An earlier version stated that they said they will look into them.)