Rebecca Ekale doesn’t believe anything good can come from the black gold bonanza that will bring untold riches to arid Turkana, the poorest county in Kenya.

“I have no interest in oil,” the mother of six told IRIN outside her brick-and-thatch home in the village of Lomokamar.

Like many pastoralist herders, Ekale has been hit hard by a fierce and prolonged drought: the bones of 16 goats lie on the ground nearby.

But life here is hard at the best of times. Around 90 percent of the county’s 1.3 million inhabitants live below the poverty line and some 80 percent have never attended school. Chronic marginalisation has left Turkana with a dearth of basic services, and there are few opportunities in the private sector for making a living outside the precarious realm of pastoralism.

Yet unimaginable wealth lies beneath the county’s soil: an estimated 750 million recoverable barrels of oil. In early 2021, construction is set to begin on an 820-kilometre, $2.1 billion pipeline from Turkana to the Kenyan coast.

Within a few years, this is expected to start generating billions of dollars annually for the Kenyan state, with at least five percent (there is an almighty row over the figure) earmarked for local communities and 20 percent going to the county government – an entity set up in a landmark devolutionary constitution adopted in 2010.

Opinion is divided between those who think the oil boom will provide Turkana with an economic lifeline and those who fear production will exacerbate existing conflicts driven by competition over scarce pasture and water resources.

“Nothing but a curse”

Ekale already seems to have made her mind up.

“It has brought us nothing but a curse,” she said, as a pungent smell wafted through her homestead.

Ekale said the stench came from a tailings dump just two kilometres away.

“It’s killing our goats and I have not seen the national or county government coming to our rescue,” she complained.

Other local residents told IRIN that when it rains, chemicals enter water sources and make their animals sick.

Tullow Oil, the British firm that discovered Turkana’s oil in 2012, operates (in some blocs in partnership with Africa Oil) across 48,000 square kilometres of Kenya leased from various county governments.

Exploration and appraisal is taking place in several dozen sites located within community-owned land in Turkana.

One of these sites lies 14 kilometres from Ekale’s home. Tullow denies releasing toxic waste, but told IRIN it temporarily stores mud residue from drill sites in a manner approved by the National Environmental Management Authority, and that it conducts environmental and social impact assessments before starting any new projects.

Aside from the disputed issue of waste, a common complaint about the oil installations is that they get in the way.

“Our animals have no access to pasture,” explained Ekale.

To keep their millions of animals healthy, Turkana’s pastoralists have to be able to herd them across long distances to reach water and, since they are picky eaters, the right kind and sufficient quantity of grass. Oil is just one of many barriers to this “strategic mobility”.

Sites where oil is already being extracted – in the South Lokichar Basin – have been fenced off (Tullow didn’t specify exactly how much land is involved).

According to Thomas Nyapid, a livestock herder who also runs a peacebuilding and sustainability programme in Lodwar, the county capital, Tullow has failed to fully take into account local dynamics. For instance, he said, South Lokichar Basin has long been used as a dry-season grazing reserve. 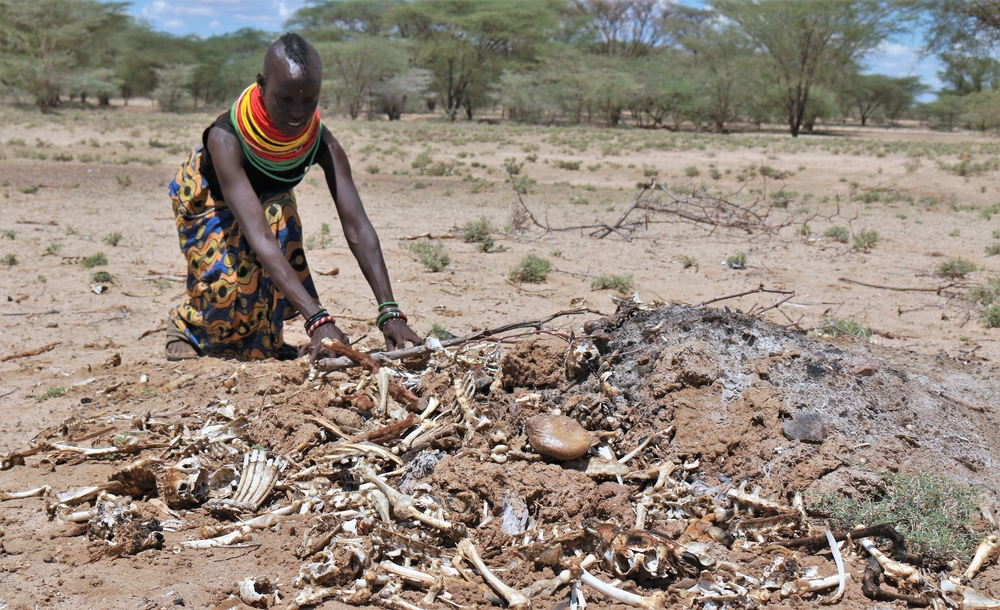 Ahead of the oil operations, “no one took an interest in telling us what was happening, or understanding how we used the land and how it would affect us in the end,” he told IRIN.

“Once they are fenced for oil exploration, the pastoral communities are left to access the wet-season grazing areas, which only generate pasture during the rainy season, or have to move to [areas] often marred with conflict,” he said.

It is impossible to assess the scale of this problem as the Kenyan government has not mapped out Turkana’s grazing areas in detail, but seasonal usage is well understood by local communities: their livelihoods depend on it.

It isn’t clear to what extent the Turkana pipeline will disrupt migration routes and access to pasture, nor how legal provisions for “full and just compensation” for the compulsory purchase by the government of adjacent land will be met, especially given that it is community-owned.

Chris Adjele, director of pastoral economy in the county government, told IRIN the compensation issue will have to be resolved before work on the pipeline, scheduled to begin next year, will be allowed to start, but he added that the county would be unable to pay anyone until it is receiving its share of the revenue.

Turkana has already received many of the benefits that often come with oil wells: jobs, business opportunities and infrastructure – all of which serve as cushions against the economic effects of climate change and partly fill the gaping development holes left by successive central governments.

Tullow, which says it takes pride in its corporate responsibilities, has spent around $4 million on social projects related to water, health, education, and the environment in Kenya.

Ekale’s village, for example, receives weekly supplies of water from the firm. But there is good reason.

Tullow acknowledges it takes three to four barrels of water to extract one barrel of oil, a rate of consumption that, once production starts in earnest, is likely to aggravate local shortages in a drought-prone area.

In its defence, the company said: “this is the subject of study” and that options will be assessed to ensure “all impacts at socioeconomic level are well understood and mitigated before exploitation”.

In an email to IRIN, Edward Mungatana, Tullow’s general manager for external affairs, described the company’s provision of tanks and bowsers to local communities as a “short-term intervention”, adding that “government support is necessary to provide longer-term solutions”. 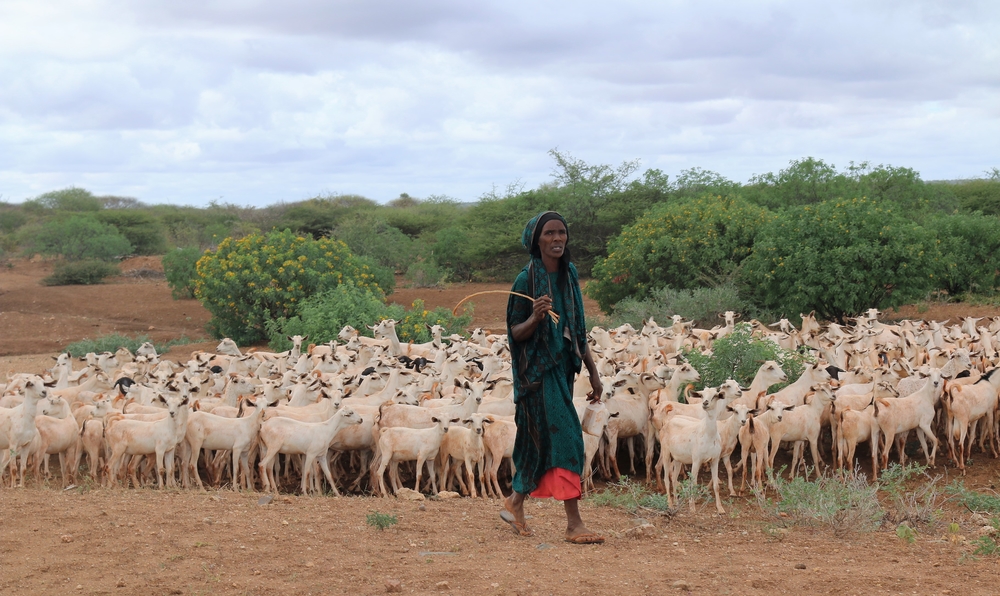 A 2015 paper on Turkana published by scientific journal Earth Systems Dynamics warns that “unmet community expectations for water, employment and development pose a significant risk for violent conflict between local communities and the operating oil company”.

Such violence has already occurred on numerous occasions.

In June 2017, for example, Tullow’s attempts to truck oil to the port of Mombasa were suspended after staff were prevented from accessing drilling sites, and after workers from a separate company were attacked while upgrading a road leading to oil fields.

Exports are due to resume in December, as long as a controversial petroleum bill is passed into law. This has been held up by President Uhuru Kenyatta’s insistence that the revenue share for local communities is reduced from 10 to five percent.

Violence, predominantly in the form of cattle raids, has long been common in Kenya’s drylands. But Augustine Lokwang, who advises the county government on security issues, explained how it has evolved in recent years to become controlled by cartels involved in the growing national market for meat.

“It’s highly likely that the banditry would evolve again to become oil-driven. A shady financier [of violence] would mainly be motivated by the need to control oil revenues and sites, and by local politics,” he told IRIN.

If the oil sector drives up land prices in Turkana, as some fear, this would also increase the potential for conflict.

“The stage is already set,” Lokwang added. “If [pastoralists] feel they are losers from the exploration and will only carry the brunt of the aftermath of the project, while oil revenue benefits go to other people, it’s a basis for conflict.”

The onus here lies on Kenyan authorities, rather than Tullow.

Opiyo recommended that the county government devise an integrated land management system that demarcates clear and sustainable grazing routes to avoid conflict. “If we have a secured, well-planned structure for the pastoralists… we can manage any violence and conflict that can arise from competition over resources as they become scarce as droughts persist,” he said.

A fork in the road

Asked whether oil would be a blessing or a curse for the people of Turkana, Lokwang told IRIN: “The trajectory is not clear yet. We have opportunities to influence the best scenario.”

The authors of a respected 2016 paper on the impact of the oil sector in Turkana reached similar conclusions. They said it could boost employment and development in the region, but stressed it was vital to give local communities a voice in key decisions and manage their expectations. Minimising the loss of access to land and reducing any pollution of water and soil through robust environmental legislation will also be critical.

How all these issues are managed, the paper concludes, will determine whether oil riches lead to a “healthy and peaceful Turkana” or towards “a vicious cycle of violent conflict, poverty and underdevelopment”, or even, as the blunter language of the summarising graphic puts it, to “civil war”.