When International Criminal Court Prosecutor Fatou Bensouda addressed the UN Security Council in May, she assured the assembled nations that Libya was a priority in 2017. Halfway into the year, there’s little sign of progress or justice.

Speaking in May, Bensouda urged Libya to swiftly hand over Saif al-Islam Gaddafi, the son of former leader Muammar Gaddafi, so he could be prosecuted for crimes against humanity in The Hague. She also said she was considering launching an investigation into crimes against migrants in the country, a situation she called “dire and unacceptable”.

Neither the Gaddafi case nor any future charges relating to the migrants are likely to be easy wins for the court, which has had little impact on the rampant impunity in Libya, where civilians bear the brunt of ongoing violence.

Elham Saudi, director of the NGO Lawyers for Justice in Libya, which advocates for human rights in the country, is pessimistic about the court’s accomplishments since it began investigations in the wake of Gaddafi’s 2011 ouster: “Has [the ICC] promoted peace and security in Libya? No. Has it promoted the rule of law? No. Has it promoted due process or fair trials? No.”

The sins of the son

The ICC charged Gaddafi with murder and persecution – both crimes against humanity – in 2011, and he was last seen in 2014 by video link during a domestic trial in Tripoli for crimes committed during the revolution that led to his father’s overthrow.

He and 32 other Gaddafi-era officials, including former intelligence chief Abdullah al-Senussi, were convicted of various offenses committed during the 2011 uprising, in a trial that international human rights groups said was undermined by serious due process violations, including the defendants’ lack of access to lawyers.

Gaddafi was tried in absentia, as he was then being held by the Abu Bakr al-Siddiq Brigade, a militia based in northwest Libya’s Zintan.

This June, the brigade posted a statement online saying it had released Gaddafi following an amnesty law passed by one of Libya’s competing authorities, the Tobruk-based parliament. A UN-backed Government of National Accord sits in the capital Tripoli, as does a third would-be government, the National Salvation Government.

Gaddafi’s ICC lawyer Karim Khan confirmed to IRIN that his client is still in Libya, although he would not elaborate on his exact whereabouts or if he has in fact been released.

“He’s well, and I’ve spoken to him in the last few days,” Khan told IRIN, adding he met with Gaddafi in Libya last summer.

Khan said he plans to challenge the admissibility of the ICC’s case against his client. One argument open to the defence, Khan said, is double jeopardy – that the case against Gaddafi has already been “tried and determined” in the courts of Libya.

Khan is also likely to raise the case of al-Senussi, who the ICC also charged with crimes against humanity. ICC judges declared his case inadmissible, in a controversial ruling that he could receive a fair trial in Libya (the ICC is a court of last resort and only steps in when countries are unwilling or unable to prosecute).

Despite the al-Senussi ruling, Libya was unsuccessful in challenging the ICC’s case against Gaddafi, and the judges decided he should be tried in The Hague.

But that doesn’t mean he will ever set foot in an international courtroom. Kevin Jon Heller, an academic at the University of Amsterdam, doubts that Libya will ever hand Gaddafi over to the ICC, in the absence of its own police force relies on member countries to make arrests. “It’s sort of performance art,” he told IRIN. “The ICC reminds Libya of its obligations, and Libya doesn’t do much but knows that until Gaddafi shows up nothing has to happen,” he said.

If Gadaffi did ever make it to the ICC, Heller doubts the double jeopardy strategy would hold water.

“I would be surprised if there was nothing the ICC could still try him for,” Heller continued. “There’s a universe of criminality they could level at Gaddafi. If Libya did one part [and prosecuted some charges], the ICC could do another part and make it admissible again.”

For now, the ICC is playing a waiting game with a fractured Libya.

“I don’t feel confident one way or the other,” Julian Nicholls, senior trial lawyer with the ICC’s Office of the Prosecutor, told IRIN of Gaddafi’s case. “I don’t know exactly what will happen. [The GNA in] Libya has stressed its willingness to cooperate with the court, but we will have to wait and see.”

A recent addition to Nicholls’ plate is the possible investigation, mooted by Bensouda, into migrant-related crimes, including identifying those most responsible for the smuggling and human trafficking of men, women, and children passing through Libya to Europe, and related atrocities.

The ICC lawyer describes it as a “big, complex situation” that the court is forced to look into from outside Libya due to the current insecurity on the ground.

“It is more difficult to carry out investigations without being present in the country, but we do have ways of getting the evidence we need without physically setting foot in Libya,” Nicholls said. “It’s harder and it takes longer, but we can do it.” 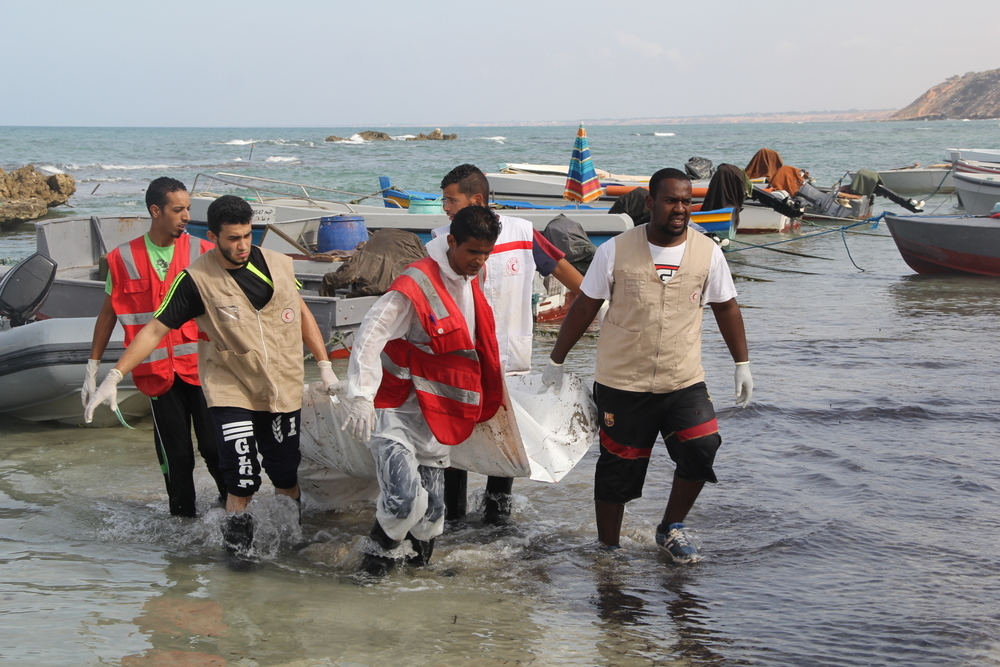 Analysts like Yvonne McDermott Rees, a senior lecturer in law at Bangor Law School in Wales, are sceptical. She points out that prosecutors will have the tricky task of showing that there was a widespread or systematic attack that was part of a state or organisational policy – essential for proving crimes against humanity under the ICC’s Rome Statute.

The ICC is also short of money to pay for its ever-growing roster of cases, and some countries that back the court financially have grown impatient with the lack of results and the number of cases that aren’t trial-ready due to problems with investigations and witnesses.

McDermott Rees wonders if the migrant case isn’t simply an attempt by Bensouda to bolster her credibility by choosing a politically popular investigation.

There have been calls and pledges (with questionable impact) both to stop the flow of migration from Libya to Europe and to halt the horrific death toll: More than 2,200 migrants have died trying to cross the Mediterranean to Italy this year alone – this includes 348 men, women, and children who have washed up on Libya’s shores.

“You see the prosecutor struggling against this perception problem that the court isn’t effective,” said McDermott Rees. “There is definitely a desire… to try and keep those states who might be in position to give the court more money happy.”

Prosecuting people traffickers could also be a way of silencing the ICC’s sub-Saharan critics who claim it is overly focused on prosecuting African wrongdoers, namely The Gambia, which threatened to withdraw from the court in 2016.

McDermott Rees pointed out that the year before The Gambia announced its plans to withdraw, then-President Yahya Jammeh called on the the court to look into the deaths of African migrants attempting to reach Europe.

It isn’t likely to be a coincidence, McDermott Rees said, that “here we have the ICC prosecutor a short time later saying that she is going to examine crimes against migrants.”

Lawyers for Justice in Libya’s Saudi welcomed the news of a possible migrant case, which she thinks would help improve the ICC’s image among Libyans who see it as out of date and too focused on crimes of the past.

“That they look like they are pursuing current issues is refreshing, and we hope a good sign of promoting genuine accountability,” said Saudi.

Still, others are encouraging the ICC to go even further if it truly wants to chip away at impunity in Libya, where the judiciary is weak and militias hold major sway in much of the country.

“We’ve documented serious violations of international law including arbitrary detentions, torture, forced displacement, unlawful killings,” she said. “Many of those violations are sufficiently organised and widespread to amount to crimes against humanity.”

McDermott Rees wondered if expanding the scope of its investigations could affect the ICC’s already tenuous relationship with Libya. Digging into crimes that could implicate the country’s current rulers – or those jostling for power – is sure to be less than popular.

“At the moment, the prosecutor has a pretty good relationship with the Libyan authorities, including the prosecutor-general's office [from the UN-backed GNA]. If the ICC looks at crimes outside the scope of the Gaddafi era, that could change the relationship completely and might lead to even more difficulties in carrying out investigations,” she said. 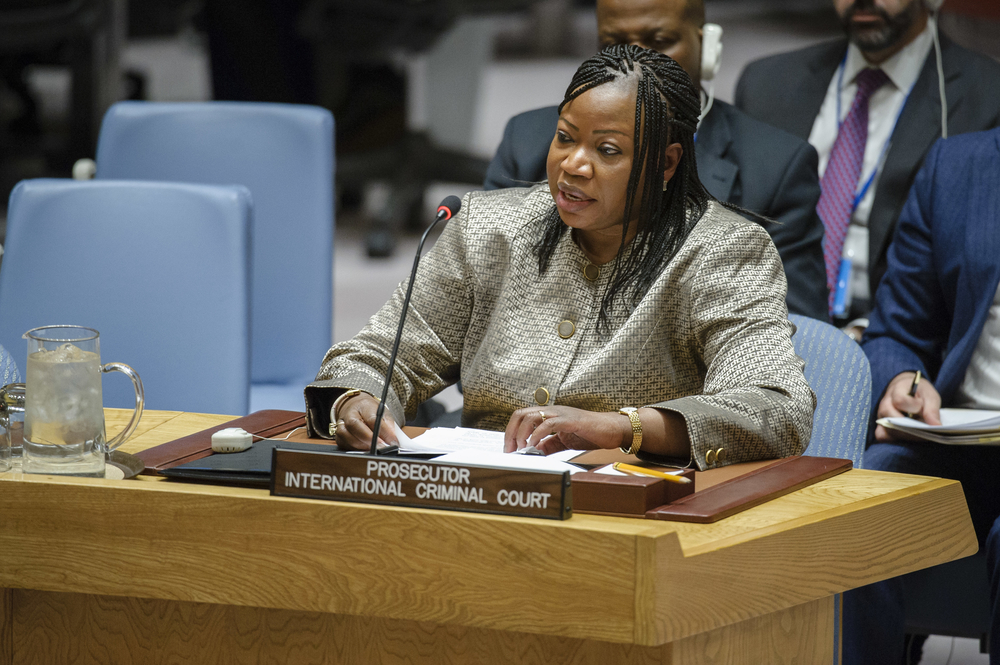 Regardless of its next steps, Saudi encouraged the court to be more open with Libyans about its work.

A strong relationship with locals is important, as the court relies on people on the ground for information about Gaddafi and fellow fugitive from international justice Mohamed Khaled al-Tuhamy, the former head of Libya’s internal security agency under Muammar Gaddafi. Al-Tuhamy is believed to still be in Libya.

“If people aren’t sympathetic to you and engaged with you, they aren’t likely to tell you the whereabouts of the people you are looking for,” Saudi said.

If Libyans lose (or have already lost) faith in the ICC as a solution to the current chaos, analysts worry they may yet turn again to strongmen like Saif al-Islam Gaddafi for a sense of security.

“There is an argument along the lines of ‘he was bad, but we've done just as bad if not worse since then’,” said Libya analyst Tarek Megerisi. “The prevailing sentiment is that he [should be] jailed and tried in a Libyan court. There has never been a strong endorsement from Libyans to have him tried in The Hague. They always wanted to deal with him domestically.”

Megerisi told IRIN that in some parts of the country there may already be a softening in attitudes towards the younger Gaddafi – who is due for a local retrial because he was originally tried in absentia -- with some believing he could unite warring factions and tribes.

This nostalgia is bad news for the ICC.