Goska is just five minutes up the road from Dangoma in Nigeria’s Middle Belt region. But between the two villages are divisions so deep – and so devoid of compassion and understanding – they threaten the unity of Africa’s most populous nation.

Bullet holes and abandoned, burned-out buildings in Goska are evidence something sudden and terrible happened there. Moses Berde, the village head, explains that more than 40 people were killed and over 100 homes destroyed in back-to-back attacks on 24 and 25 December last year.

In this farming village of solid, mud-brick buildings, there’s no doubt who the culprits are. They accuse their Fulani neighbours in Dangoma of hiring armed Fulani pastoralists from outside the area to do their dirty work. The interlopers now graze their cattle on Goska’s rich farmland, driving off anyone bold enough to venture near.

Berde says he himself was shot at recently when he confronted two Fulani youngsters as they were cutting trees for fodder in his field. A week later two women were attacked. “If it wasn’t for the security [forces] urging patience, my boys are eager to go into the bush and sort them out,” Berde tells IRIN.

Dangoma sits on top of a gentle rise. It’s a more prosperous version of Goska, reflecting the value of cattle over crops. Its elders assemble in a carpeted room as district head Mahmood Suleiman recounts his community’s quite different version of events.

“What happened was between Goska people and herdsmen from outside,” Suleiman explains. “But people are pointing accusing fingers at us.” He then flips the script, without blinking, accusing Goska of attacking Dangoma on 25 December. Seven people died, he says – although there is no visible evidence of the raid.

There are places in the world where divisions are so entrenched, positions so implacable, “truth” becomes meaningless – grievance distorts everything.

The area around Goska and Dangoma, the south of Nigeria’s northwestern Kaduna State, has been a hotspot of communal violence stretching back to the 1980s. The latest bout began in September last year. IRIN finds some of its victims crowded into the grounds of a primary school in the railway town of Kafanchan, waiting for a daily food ration provided by the Catholic Church and well-wishers. 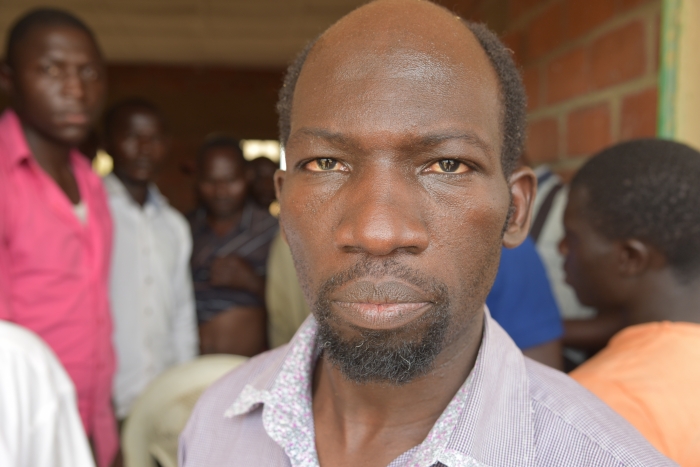 Pastor Gordon Matum (photo right) has registered more than 2,590 displaced men, women, and children for the feeding programme. There are people here from Goska, along with those from other villages – Godo Godo, Misisi, Mile One, Pasakori, Tundun Wada. All have fled attacks by Fulani herdsmen.

Matum, busy, and harassed by a crowd of people, pauses in the doorway of a classroom to talk. “We’ve never terrorised, but instead we’re the ones that are terrorised,” he tells IRIN. “We have been peaceful, but we will defend ourselves, even though we don’t have arms.”

He is particularly angry over what he sees as a partisan state government that refuses to acknowledge the scale of the displacement. He says that by not declaring the school an IDP camp, it is forcing people to find paying accommodation in the neighbourhood, imposing a double burden on them.

“Where is the government? They are totally silent about the IDPs. [Governor Nasir] el-Rufai said southern Kaduna people are exaggerating the scale of the attacks, but he hasn’t come here.” 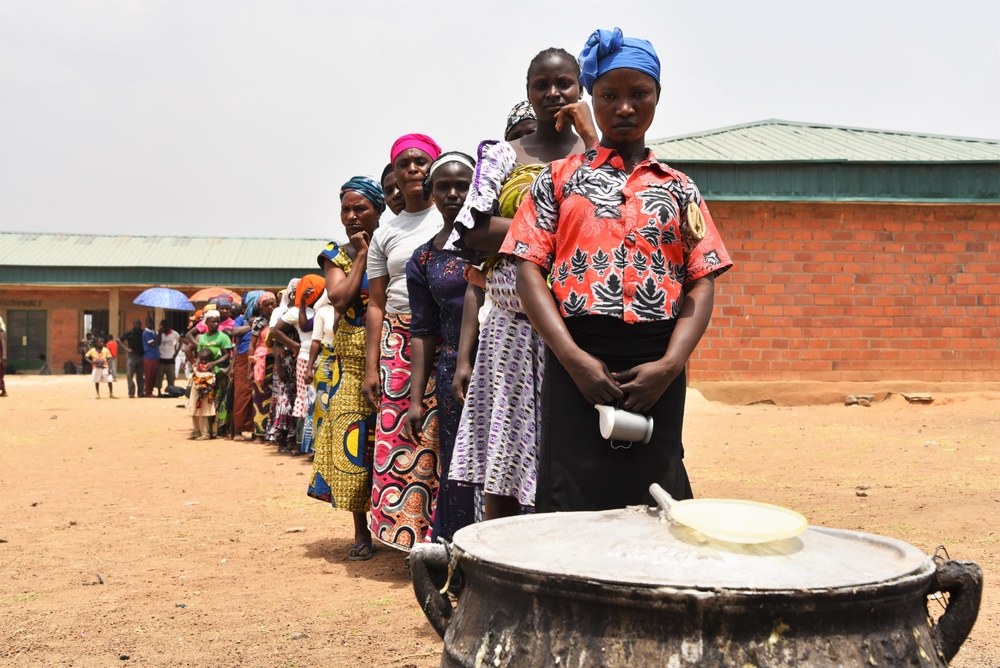 Obi Anyadike/IRIN
IDPs queue for a daily food ration provided by the Catholic Church and well-wishers in the grounds of a primary school at Kafanchan.

Nigeria’s Middle Belt straddles the divide between the largely Muslim north and a majority Christian south. It is an ethnically and religiously diverse zone, plagued by conflict over farmland, grazing areas, and stock routes. In southern Kaduna these clashes have pitted the traditionally pastoralist Fulani against farmers who see themselves as “indigenous” to the area.

According to a report by SBM Intelligence, a Lagos-based consultancy firm, pastoral/farmer clashes in the Middle Belt accounted for more deaths than Boko Haram last year.

The Fulani have ranged across West Africa’s savannah with their cattle for centuries, but in Nigeria they have had more than a passing impact on its history. Their 19th century jihad transformed the north. Its legacy is a political aristocracy whose southern border stretches to the emir’s palace in Kafanchan.

Fulani communities have been in the Middle Belt for over 300 years. Some have settled, giving up the nomadic life, or graze their cattle locally. But there are others who still embrace a transnational existence, annually migrating along at least three international grazing routes – from Cameroon, Chad, and Niger – that pass through southern Kaduna.

Climate change and the drying of northern Nigeria is forcing these herders to move southwards, into lusher but more densely populated tropical forest lands. Traditional mediation systems are failing to effectively adjudicate cross-cultural disputes over land and grazing.

Ethno-religious identity drives politics in Nigeria. The city of Kaduna, for example, is divided by its river. North, the majority of its residents are Hausa-Fulani, who have traditionally held political power in the state.

On the opposing bank are settlers from the rest of the country, mostly Christians, and “indigens” (a troubling concept that recognises “original” inhabitants to the disadvantage of other Nigerians). Newly created chiefdoms in southern Kaduna are both a political and cultural affirmation of independence from the historical control of the Fulani caliphate.

The cost of conflict

A Mercy Corps study in 2013 found that livelihoods of more than a third of pastoralists and farmers in Kaduna and Nasarawa states have been affected by violence over long stretches of time. The study calculated the micro-economic cost across four Middle Belt states as worth $9.2 billion annually.

Without violence, affected households would have seen at least a 64 percent increase in incomes, and potentially as much as 210 percent. Peace could deliver $13.7 billion annually in “total macroeconomic progress” for the Nigerian exchequer, mainly through increased agricultural and meat/dairy production. 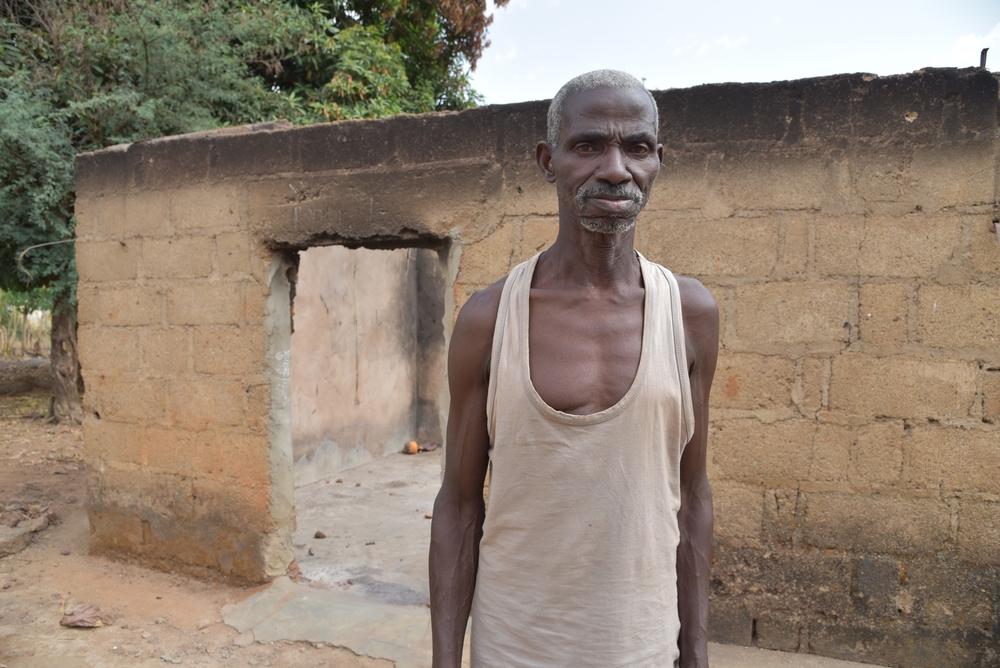 In Kaduna State alone, between 10,000 and 20,000 people are estimated to have died in communal conflict since 1980. Among the most vicious episodes was the political violence triggered by the presidential election result in 2011, which continues to feed the current hostilities.

Hausa-Fulani Nigeria was united in its support for presidential candidate Muhammadu Buhari. When he lost to incumbent Goodluck Jonathan, from the south of the country, Christians and other ethnic groups were attacked in northern Kaduna; their churches, shops, and homes destroyed on the presumption they had supported Jonathan.

In southern Kaduna, mobs of Christians retaliated by killing Muslims and burning their mosques and property. Among those trapped by the violence and slain, their cattle stolen, were Fulani herders from outside the country.

Haruna Osman is the Kaduna State chair of the Miyetti Allah Cattle Breeders Association (MACBA), a Fulani lobby group. From his office inside the frenetic Mando motor park, he reels off recent incidents in southern Kaduna in which Fulani are still being killed.

But in seeming to concede that in the current round of violence most of the victims are farming communities, he is blunt. “Ask them why our people were attacked. What happened in 2011 is the genesis of what is happening now.’’

He adds: “No Fulani man will give up seeking revenge. [Fulani] from outside [Nigeria] were killed. They will not seek permission from me [to retaliate]. But no Fulani man will attack first. We’re the minority [in southern Kaduna].”

Taking a swipe at the vexed issue of citizenship in Nigeria, where full rights are accorded only in your “home state’’, he says Fulani have been in the region for centuries; it is their stock routes the colonial road builders followed. “We are also Nigerians! Give us our share of the land!” he demands.

Sectarian violence is all about guilt by association. In identity-driven conflict, any member of a rival group can be attacked in retaliation for a perceived original wrong committed by that community. If a cow tramples a farmer's field, all Fulani tend to get blamed. The cycle of revenge broadens the conflict and inevitably the suffering.

It also obscures an element of simple criminality. People aren’t just singled out because of ethnicity or religion, but because looting and cattle rustling are profitable. Banditry, it seems, is an equal opportunities employer.

Rival communities also share a perception of the security forces and judicial system as partisan, and/or incompetent. Not surprisingly, they tend to take the law into their own hands.

The politicisation of ethnicity and religion is seen as the core of the problem. For Mohammed Bello Tukur, legal adviser to MACBA, this goes beyond local politics. He sees the “demonisation” of herders as a tactic by the opposition nationally “to hang President Buhari”, a Fulani, finally elected in 2015.

He blames a “scaremongering”, southern-dominated media for “connecting dots in pockets of incidents” and deliberately conflating the conflict with the jihadist northeastern insurgency of Boko Haram. Social media has upped the ante with scandalous glee.

But that is not the view from Goska, or among the weary displaced in the Kafanchan primary school, forced to endure the embarrassment of dependency, their lives on hold. The common thread in all their stories is of sudden attack, being outmatched by men armed with AK-47s who boasted of their political connections. They still do not have the security guarantees that will allow them to return home. 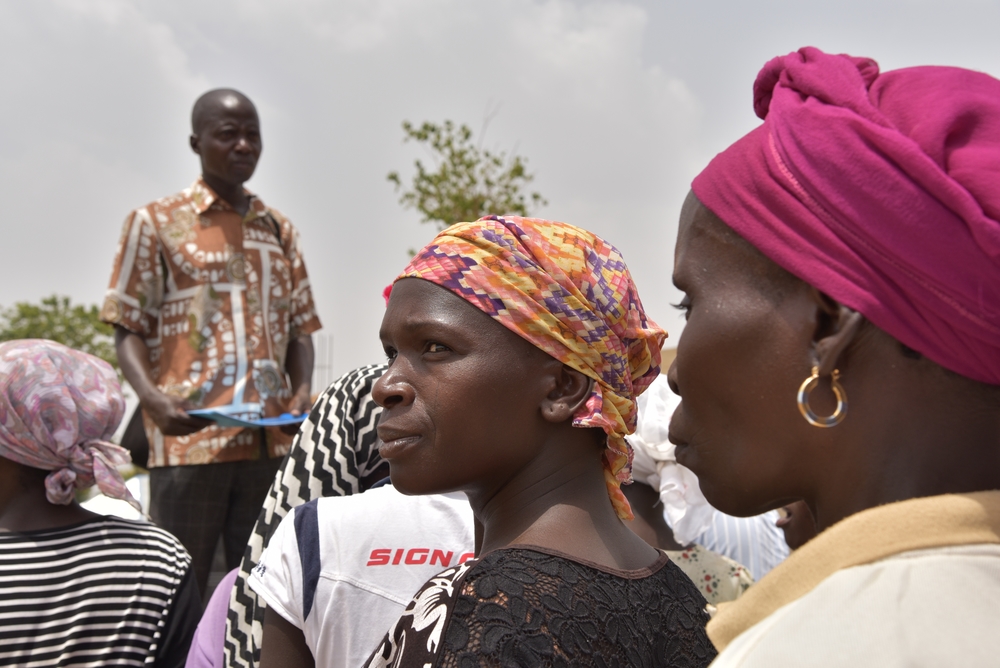 Historically demarcated stock corridors and gazetted grazing reserves were envisaged as ways to avoid farmer/pastoralist competition for land and water points. They, in theory, could also provide the development services to encourage the settling of the nomadic population.

But grazing routes have been squeezed by expanding and ever larger commercial holdings. According to one study, less than three percent of the grazing reserves “have been acquired, and these are poorly managed”. Most of the land, especially in the north, has instead been appropriated by corrupt political and private interests.

A new grazing reserve bill was rejected last year, largely due to opposition from southern senators. Atta Barkindo of the Kukah Centre, an interfaith policy forum set up by the Catholic Church in Kaduna, explains why.

‘’It’s seen as a land grab [of the Middle Belt]. The government would also need to find compensation for subsistence farmers, and that will never happen,” he says, flatly. ‘’The government has to choose between the life of a cow and that of its citizens.’’

Tukur, of MACBA, and Chidi Anselm Odinkalu, the former chair of the National Human Rights Commission, argue for a forward-leaning livestock development programme to address “access to water, grazing, agricultural extension services, and access to markets” for both farmers and pastoralists. It would also need to monitor and regulate the regional cattle corridors. 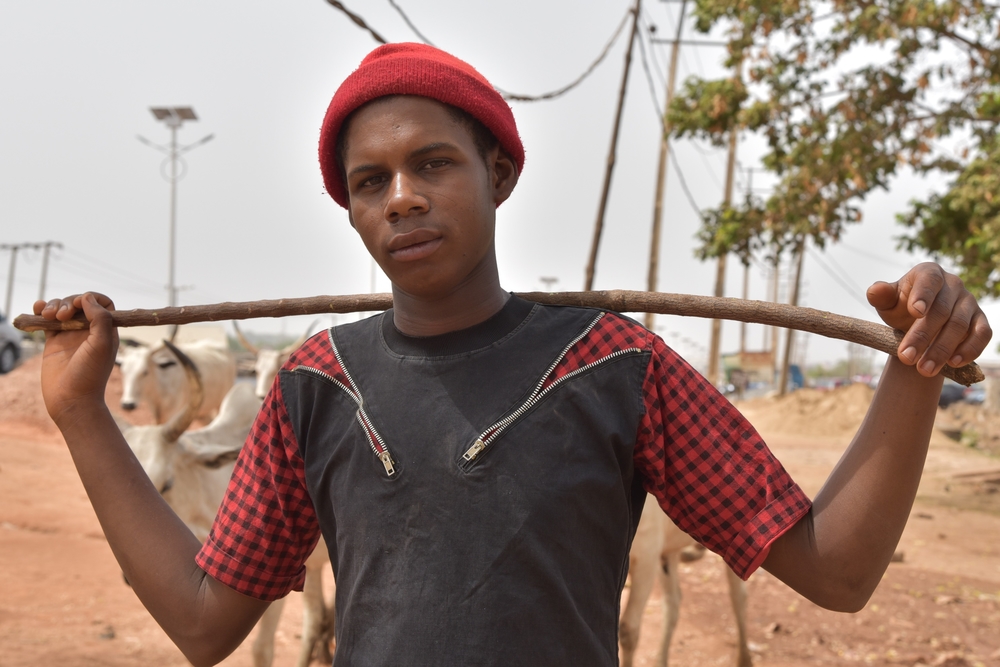 There is also a raft of NGO-led mediation efforts underway over the Middle Belt conflict, a reflection of the abdication of responsibility by state and federal governments. But Odinkalu worries that these initiatives are moving too slowly or lack real leverage.

Urgency is needed because Nigeria is fast-approaching the 2019 election, and the violence will inevitably be politicised and stoked. “If there is no movement this year, forget about it, as the election calendar will overwhelm everything,” Odinkalu says.

The levels of distrust run subterranean deep on both sides. The disdain, the subtle asides, the othering, is painful to behold.

Otherwise genial Goska headman Berde is matter of fact in his assessment: “A Fulani man is a Fulani man; he cannot be trusted.” Asked if there could ever be reconciliation with his neighbours, his response is less than inspiring: “By God’s grace.”