Post-Brexit and post-Donald Trump’s election, it’s hard to argue with the notion that we’re now living in a “post-truth” era in which objective facts often hold less weight than emotional appeals and “fake news” when it comes to shaping public opinion. Nowhere have post-truths gained more currency than in debates around immigration. Here are a few of the most influential post-truths about migration and refugees, and the facts that contradict them:

Refugees are a security threat

One of the most potent post-truths is the idea that terrorists are posing as refugees to gain entry to Europe and the United States. Right-wing politicians and media outlets have successfully made the association between a string of terror attacks over the past year and the unprecedented and chaotic arrival of more than a million asylum seekers to European shores in 2015. Most of those asylum seekers came from countries such as Syria, Iraq, and Afghanistan that are associated in the public’s mind with extremist groups like so-called Islamic State and al-Qaeda; never mind the fact that many were themselves fleeing those groups. A July study by the Pew Research Centre found that in eight out of 10 European nations surveyed, half or more people believed that incoming refugees increased the likelihood of terrorism in their country.

Many of the claims about extremists infiltrating refugee flows to Europe stemmed from the November 2015 terrorist attacks in Paris and the discovery of Syrian passports near the bodies of two of the perpetrators. At least one of the passports was proven to be fake and the Paris attackers turned out to be second-generation immigrants who had grown up in France or Belgium and then spent time in Syria after joining IS. But the attacks did expose genuine concerns about the lack of screening on the Greek islands at the peak of refugee arrivals in 2015. Those concerns have been largely addressed by new screening procedures, border controls and fences along the main migration routes through Europe, but the possibility that a small number of would-be terrorists entered Europe and registered as asylum seekers in 2015 can’t be discounted. In September, German authorities arrested three Syrian men who had made their way to Germany last year, on suspicion that they were part of an IS sleeper cell. Another Syrian terror suspect, allegedly radicalised after he arrived in Germany, was arrested in Leipzig after three fellow Syrians identified him and tied him up before calling the police.

Despite such cases, the vast majority of acts of terror both in Europe and the US have been carried out by “homegrown” extremists, radicalised over the internet or during trips abroad. Experts note that using terrorism as the justification for increased migration controls has the effect of increasing feelings of alienation within immigrant communities and stoking xenophobia towards them, a vicious cycle likely to create more extremists of the homegrown variety than to have any impact on the few proven instances of violent extremists infiltrating countries posing as refugees.

The Syrian refugees as Trojan horse argument made by Donald Trump has even less factual basis in the US context in which the only way for most refugees to enter the country is via formal refugee resettlement programmes. Contrary to Trump’s suggestion that vetting of such refugees is inadequate, it is extremely rigorous and involves security checks by various agencies that can take up to two years. An October 2015 analysis by Kathleen Newland of the Migration Policy Institute found that of 784,000 refugees resettled to the US since 2001, just three had been arrested for plotting extremist activities (two were not planning an attack in the US and the plans of the third were “barely credible”).

“The refugee resettlement programme is the least likely avenue for a terrorist to choose,” concluded Newland.

Boats crammed with migrants and asylum seekers had been crossing the Central Mediterranean to Italy at a steady rate for over a year when, around mid-2015, the Eastern Mediterranean route between Turkey and the Greek islands picked up and soon eclipsed the Central Mediterranean route in terms of numbers. It was around this time that we started talking about a refugee or migration crisis. The term became synonymous with images of Syrian families staggering onto Greek beaches and columns of migrants and refugees trudging through the Balkans. The media loves a crisis and this was one that European news outlets could easily cover by dispatching a journalist to Lesvos, Budapest, or Munich.

But migrant and refugee arrivals in 2015 were a crisis only relative to what Europe had experienced before and the degree to which it was unprepared for what was to come. Countries like Turkey, Jordan, and Lebanon that had been absorbing large numbers of refugees for years certainly didn’t view Europe’s predicament as a crisis. Nor did African countries like Uganda, Ethiopia, and Chad that have been hosting hundreds of thousands of refugees for years.

The crisis narrative has helped populist, right-wing political parties push their anti-immigration agenda (look no further than Nigel Farage’s infamous Brexit campaign poster featuring crowds of asylum seekers on a Balkan road), but it has also driven the EU’s policy responses. The factors driving refugee and migrant arrivals to Europe are complex and long-term and have no clear beginning or end. Defining the phenomenon as a crisis has often resulted in short-term, short-sighted policies like the EU’s controversial deal with Turkey.

Development aid to the rescue

In the past year, the EU has announced several new initiatives offering large amounts of development aid to major countries of origin with the goal of stemming migration. The logic goes that such aid spurs economic development, creating new jobs and reducing the need for people to migrate in search of better opportunities.

Migration experts and economists have been making the point for years that this approach goes against all the evidence that development tends to spur rather than reduce migration as more people have the resources (and aspirations) needed to fund the journey to Europe or elsewhere.

The EU has nevertheless forged ahead with the multi-billion-euro Emergency Trust Fund for Africa, announced last November as well as the Partnership Framework with third countries launched in June this year. Perhaps realising that development aid alone wouldn’t achieve its migration objectives, the Partnership Framework involves more of a carrot and stick approach. Packages of development aid and trade deals are offered only in return for countries’ cooperation in implementing more migration controls.

Migrants and refugees are a drain on the economy

This is perhaps the greatest post-truth of all and the one that Brexit campaigners and Donald Trump manipulated most effectively.

Claims in the UK’s right-wing tabloid press and by conservative politicians that migrants are coming to the country primarily to take advantage of its social services (otherwise known as “benefit tourism”) have little basis in reality. In many countries, migrants – particularly irregular migrants – have no access to social services. Where they can access the welfare system, they are much less likely to do so than locals, partly because a larger proportion of them are young adults with fewer health and educational needs. A study by University College London found that migrants in the UK contributed significantly more in taxes than they received in social benefits. 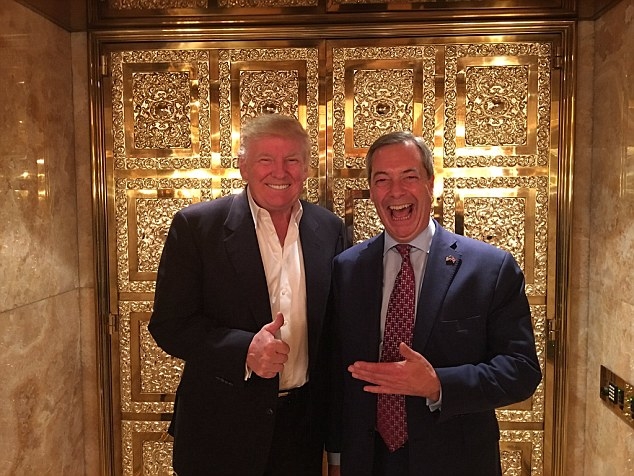 Are these the architects of the post-truth era?

The effects of immigration on labour markets are more complex and varied. In developed countries, especially during periods of economic growth, migrant workers often hold low-skilled, low-paid jobs that natives are unwilling to do. Although competition for such jobs may become fiercer during an economic downturn, immigration can also create jobs by stimulating economic growth, and because migrant-run businesses often employ locals. There is a strong correlation between immigration rates and economic growth rates. When growth and job opportunities slow, so does immigration.

The impact refugees and asylum seekers have on labour markets and public spending depends to a large degree on the policies of the host country – how long they must wait before they can legally work, what language and training programmes are available to facilitate integration and employability, and how much support they receive in the form of allowances and housing. An OECD study found that up-front investments in helping refugees integrate are likely to have a long-term pay off as refugees eventually enter the labour market and start making positive contributions to the economy.

(TOP PHOTO: Migrants and asylum seekers queue up at Mytilene Port on the Greek island of Lesvos waiting for police clearance. Louisa Gouliamaki/IRIN​)