The small Palestinian village of Khirbet Susiya in the Israeli-occupied West Bank has been drawn into the international spotlight this week, as the US, the UK and the EU condemned plans by the Israeli army to demolish it. The US State Department said its destruction would be “harmful and provocative.”

So far the Israeli government has shown no sign it will back off, and activists and locals are sleeping in structures in the village in case the bulldozers come.

Susiya, which sits in an Israeli army controlled section of the West Bank called Area C, is set for demolition because it lacks the building permissions that are nearly impossible for Palestinians to obtain.

READ THE FULL STORY OF SUSIYA

The villagers of Susiya are far from the only Palestinians whose homes face imminent destruction. Here are some facts about demolition in Israel and the occupied West Bank that you might not know:

There’s more than one type of demolition

Buildings can be destroyed for both “administrative” and “punitive” reasons.

Susiya is in trouble because it doesn’t meet planning requirements, and so faces “administrative” demolition. This is the case for most homes that are razed in the West Bank, including the majority of those in Area C.

For example, the Israeli army has demolished 243 Palestinian-owned structures in Area C and annexed East Jerusalem so far this year because they were deemed to have been built illegally (without the correct permissions) – 39 of these were in East Jerusalem. The total number of similar demolitions for the same area in 2014 was 493.

But Israel also conducts “punitive” demolitions, bulldozing the homes of Palestinians involved in attacks on Israeli civilians. According to statistics from the Israeli human rights organisation B’Tselem, 664 homes were destroyed as punishment between October 2001 and the end of 2004. The punitive demolitions were meant to be a deterrent, but a 2005 military committee found that they didn’t serve the intended purpose and were of questionable legality.

The practice was halted until last year, when Israel demolished four homes and sealed one off. The buildings belonged to the families of men suspected of abducting and killing three Israeli teenagers who were hitchhiking in the West Bank. According to B’Tselem, the demolitions left 27 people homeless, including 13 minors.

This year, no punitive demolitions have taken place, but earlier this month Israel evacuated and sealed off the East Jerusalem family home of a man who took part in an attack on a synagogue that killed four worshippers and a police officer. The attacker had also been killed during the incident in the autumn of 2014.

Demolition happens inside Israel too

Administrative demolitions take place inside Israel too, mostly in Bedouin villages not recognised by the state. According to a recent report commissioned by Israel’s public security ministry, this type of destruction is one the rise. In 2013, 697 Bedouin structures were evacuated or torn down in 2013. In 2014, the number rose to 1,073.

The Bedouin residents of Umm al-Hiran, in the southern Negev desert, are the latest villagers of this sort to get attention for their plight. The Israeli government plans to build a new Jewish town on the state land where the Bedouin have lived for 60 years, and after more than a decade of legal battles there seems to be little that can be done to stop it.

The state says it has set aside space for the residents of Umm al-Hiran, who are Israeli citizens, in a nearby Bedouin town. Most villagers refuse this option. 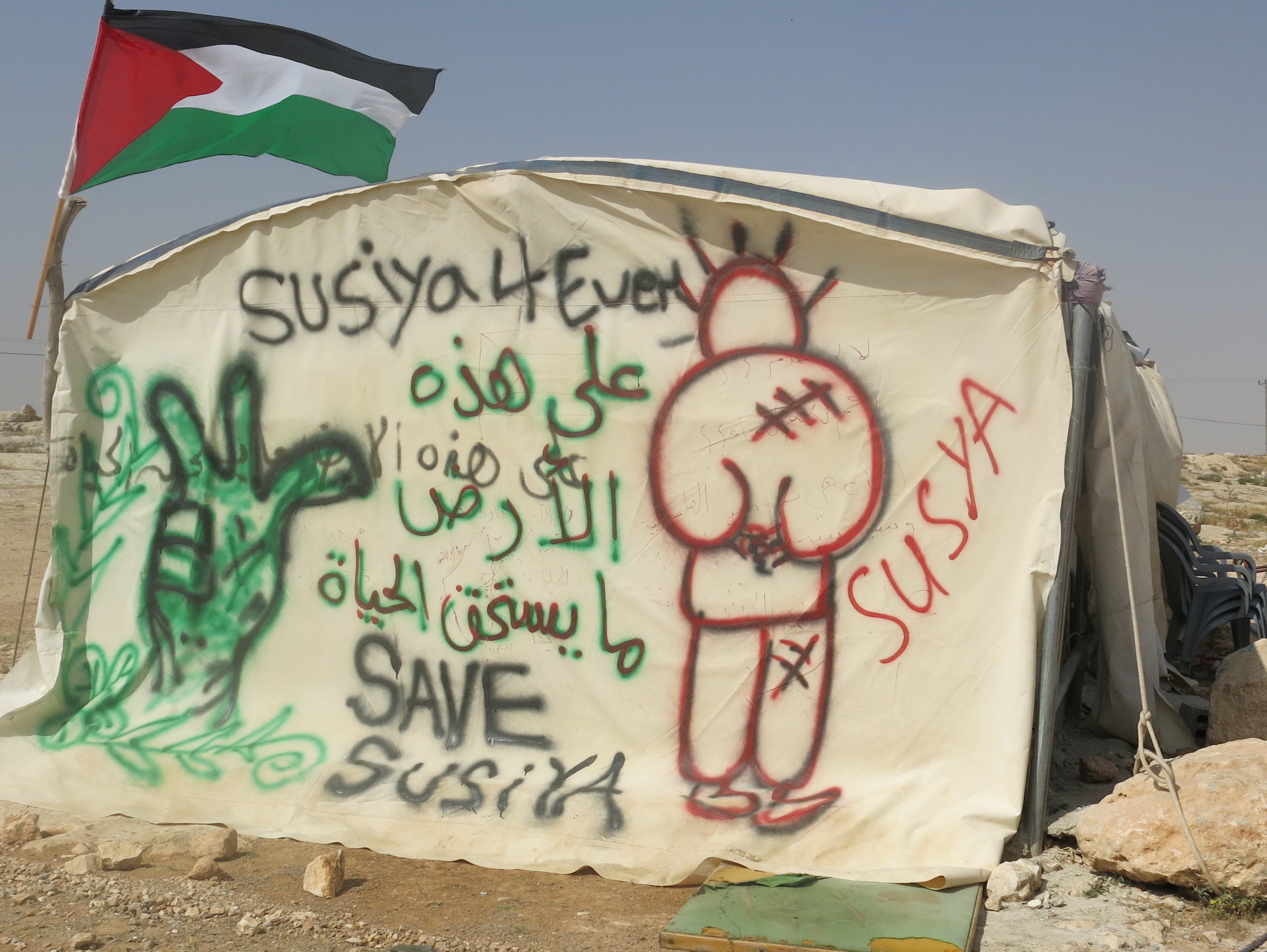 Jewish settlements can also be targeted

Jewish settlements in Area C are also subject to demolition. Settlers in the West Bank are under a different planning regime than Palestinians, and it is significantly easier for them to build legally. But extensions to Jewish settlements called “outposts” often spring up without government sanction and these can be condemned to come down.

However, demolition orders are both handed down and carried out at an unequal rate, according to government figures acquired by freedom of information requests by settlement researcher and activist Dror Etkes.

Since 1988, the state of Israel has issued 14,782 demolition orders for Palestinian structures and less than half that number, 7,091, for Jewish ones, the figures say.

To make that disparity worse, 14.2 percent of Palestinian structures with demolition orders are actually taken down, opposed to just 6.5 percent of Jewish structures.

It’s not just about bricks and mortar

The humanitarian impact of Israel’s demolition campaign is far-reaching. According to OCHA and the UN agency for Palestinian refugees, UNRWA, housing demolition leads to a significant deterioration in living conditions for affected families. It can cut off those affected from access to clean water, education, sanitation, and other basic services. In Susiya, there is a concern that the solar panels that generate a limited amount of electricity for the village will be demolished, eliminating the villagers’ only source of power.

A 2009 report on home demolition in the West Bank by UK charity Save the Children found that it is extremely difficult for families to bounce back after being uprooted. More then half the families it surveyed took at least two years to find a permanent place to stay.

Children are hit particularly hard. Kids whose homes are destroyed are more likely to suffer a range of mental health problems including depression and anxiety, or fall into delinquency and exhibit violent behaviour.

Save the Children also singled out the mental state of parents as a cause for concern, while OCHA noted that "the impact on families’ psychosocial well-being can be devastating."