In an interview with IRIN ahead of the third UN Financing for Development (FFD3) summit, Bertrand Badré, managing director and CFO of the World Bank Group, outlines why he believes the humanitarian and development sectors are “intimately connected” and why they should be working more closely together.

“Humanitarian crises are really shocks, whether they are connected to war or to natural disasters,” he said.

“At the World Bank, we are not involved directly in humanitarian activities, such as managing refugee camps for example, but our job is to improve the readiness and capacity of a country to face shocks,” he explained.

Development financing, according to Badré, could be used in many ways such as strengthening health systems.

In the case of Ebola-affected countries, stronger health services would have meant fewer lost lives, a smaller and less expensive humanitarian response and fewer financial and developmental costs for the countries involved, he explained.

Natural disasters (in terms of both response and risk reduction) are another area where the World Bank wants to do more. In 2013 the bank launched the Pacific Catastrophe Risk Insurance Pilot, and last year, following Cyclone Ian, Tonga received a pay out, as did Vanuatu after Cyclone Pam earlier this year.

“We were able to provide money to Vanuatu and Tonga within two weeks under this scheme,” Badré said. “It was small-scale and specific, but the point is you can do this on a bigger scale, and while you can’t replace the traditional emergency response altogether, as that is still necessary, this was a much faster way to mobilise funds.”

There were on going discussions, among the UN, the World Bank and the G20, he said, to find a mechanism to insure the world against future outbreaks like Ebola. 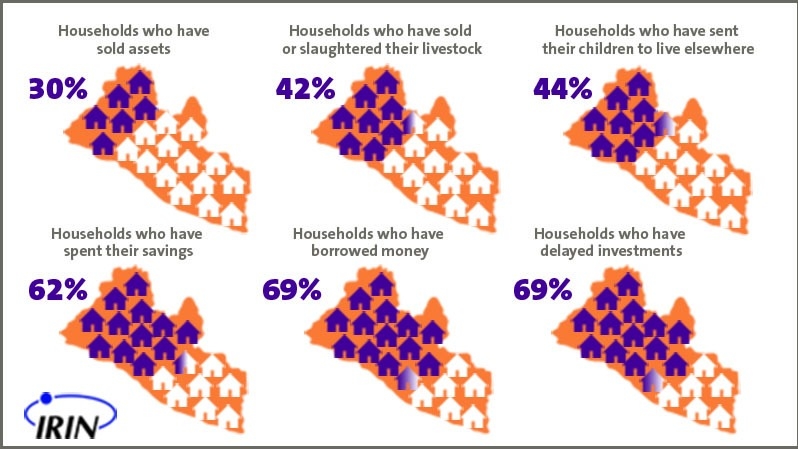 Displacement – long regarded as solely a humanitarian problem – is also climbing up the agenda at the World Bank, which is working closely with the governments of Jordan and Lebanon as they struggle to cope with several million Syrian refugees between them.

“Most people have a fantasy about refugees, that they are only there for a few months. They don’t realise that people can be displaced for 10 to 15 years, and sometimes longer,” Badré told IRIN

“It’s a very painful issue for the refugees, but we also have to make sure that the countries that are hosting these people have the capacity to manage the situation. That is why we have engaged with Lebanon and Jordan to support the governments with their budget and fiscal policies, their macro-economic frameworks.

“In the case of Lebanon for example, which was already a very fragile country, there are now large numbers of refugees, so how do you adjust a country to face that, to ensure there are enough schools and doctors?”

Badré said the World Bank’s approach in Lebanon and Jordan was “highly complementary” to the humanitarian response.

“Humanitarians respond to the immediate emergency but we can provide the money to help the countries with their longer-term development outlooks,” he explained.

Acknowledging that some from the humanitarian and NGO sectors did not always welcome World Bank intervention due to past issues and the Washington-based lenders focus on governmental response, Badré said there was room for all the different actors to respond in their own ways.

“We are not in competition with humanitarians, we are here to complement and support their actions,” he said.

“It’s the old alliance between the fireman and the architect: when you have a fire you need someone to put it out, and then you have to rebuild to make sure (that) if there is another catastrophe we can be better prepared and more resilient.

“It’s about cooperation, providing additional capacity and means. Nobody can have a solution on their own.

“Everybody is in their own silo, but we have to really connect and agree and accept that more and more we can work together. We have to stop finding opposition to one another, it doesn’t make any sense.”

This week, at the UN development financing summit in the Ethiopian capital Addis Ababa, the World Bank will be promoting its Billions to Trillions agenda.

This focuses on how to move beyond governmental Overseas Development Assistance (ODA) to harness new sources of funding for the Sustainable Development Goals and meet its own target for reducing global poverty.